“By numbers” is defined by a popular online dictionary like this:

Does a clone rifle built “by numbers” represent the archetype, or is it cliché? It depends on your position.

When I get the opportunity to see a bunch of the kind of service rifles I’m interested in, I’m often surprised by how much variation there is.

Whether they are host to significant changes from issued state or something more nuanced, often they are some way off built “by numbers.”

Indeed, in the first example pic (M4A1s largely accessorised with the Block II package) we’ve got a range of optics, lights and stocks; including a conspicuously new looking Magpul ACS.

For me, however, the really interesting thing is the mix of forward sling points; including the rifle second from left, which has two.

Someone trying out what looks like a newly installed Magpul RSA QD, or maybe a method of switching out slings as per the mission at hand? It’s a one off, so it’s not statistically significant – but it’s curious, nonetheless.

The irony is, it’s only that particular rifle which features the must have “Block II by numbers” CQD forward sling mount.

The other two blasters with visible forward sling mounts feature Viking Tactics and Daniel Defense versions (and the latter is mounted upside down). 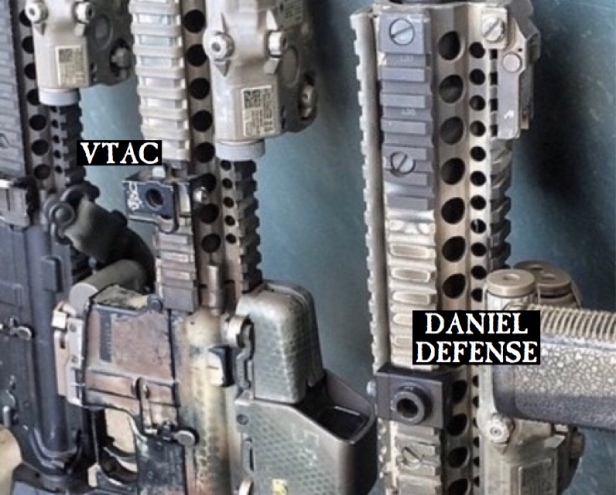 Also check out the middle blaster’s receiver end plate – the one with the VTAC forward sling mount. Not another “by numbers” implementation, but a very easy to install Tactical Link polymer sling point. 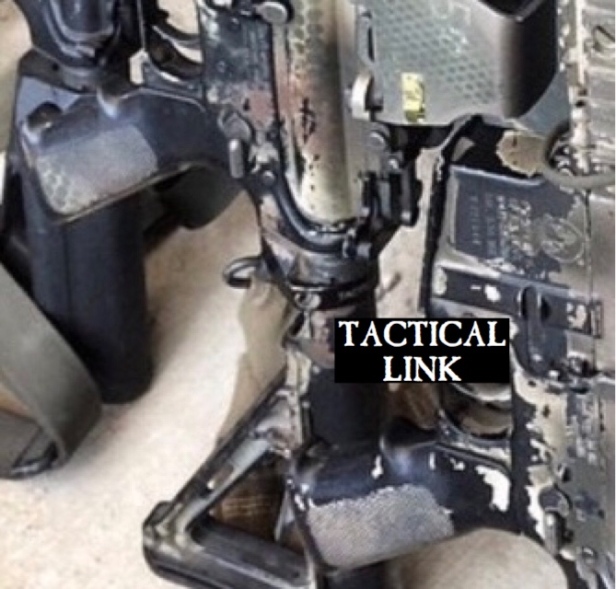 Here’s another one, albeit in FDE:

And of course when the upper is upgraded, variation still remains – as can be seen with these URG-I Block II builds: 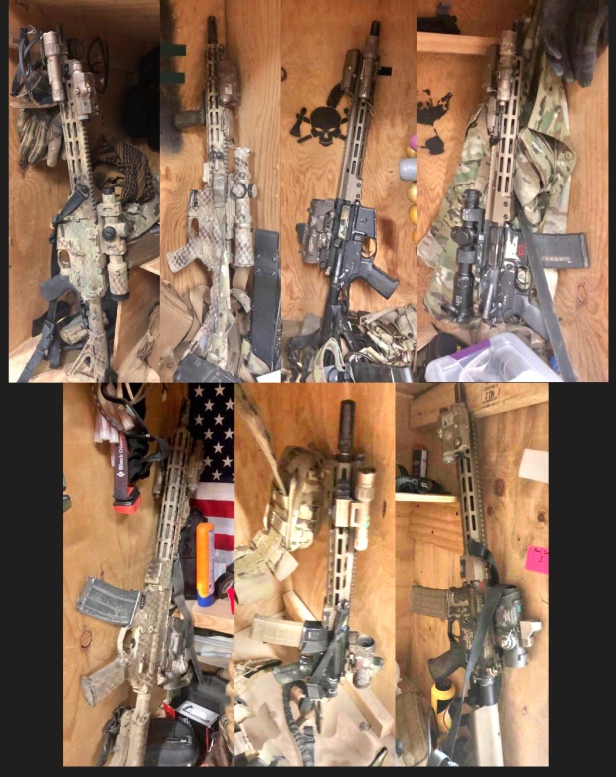 While the US guys are way more numerous, are clearly kings of variety and often appear highly receptive to emerging industry trends, “by numbers” isn’t strictly the norm in my main focus of interest – the L119A2.

However, here we must sample from a much smaller pool. This means that even one-offs become canon (just look at the adoption of Proctor style slings and the RM45L Surefire mount throughout the L119A2 clone fraternity).

Even in a lower quality, zoomed out UKSF pic, you can see many variations. Here are a few:

Nevertheless, I would argue that a successful L119A2 clone must remain closer to the archetype than, say, a Block II build of the same level – but not so close that it becomes a cliché.

That’s because the range of variation we see across UKSF reference pics tends to be narrower than that of US counterparts; and – crucially – that limited diversity often incorporates niche choices which totally ignore the industry curve.

Would I put a FAB Defense MWG on a Block II? They’ve been seen (rarely), but absolutely not. It’s not sympathetic to the build.

It’s just the kind of idiosyncratic product you find on an L119A2, with multiple pics to prove it – even public ones:

It speaks of a different culture – and quite rightly so; UKSF has its own distinct charm, after all.

That said, we still see the geardo exceptions which prove the rule, in world famous builds like Obi Wan Nairobi’s L119A2.

Interestingly, along with the the aforementioned Proctor sling and RM45L light mount, one of those exceptions is the LaRue RISR; now pretty common on L119A2 clone builds, because it’s incredibly useful in terms of ergonomics.

The RISR is perhaps an example of how accessories go in and out of fashion, because I swear I’ve seen a lot more of them in US reference pics recently.

Only recently we saw more Proctor slings, too.

Getting The Basics Right

With all this talk of variation, it would be remiss not to mention getting the basics right for something like a Block II accessorised build; as well as an L119A2.

And that’s not to mention basics like correct trades, serials and forge marks.

There’s quite a lot to get right before even thinking about variation. And without the basics done right – underpinning the build – less than subtle variation just looks naff.

Variation is out there, ready to be added to your clone blaster – offsetting anything that’s too “by numbers”. Within a robust personal framework, informed by solid research and finely sifted reference pics, elements can be tailored to suit user requirements.

But here’s the rub: it takes time and patience to establish a credible personal framework. Stray wildly from the archetype (or cliché – depending on your angle) and you end up with something that’s so far from the mark that it can hardly be called a clone at all.