Thanks to the feedback I received after publishing my article entitled Modern L119A1, I’ve been encouraged to do a quick breakdown of an ‘Alternative IUR’ L119A2 photo.

This less familiar L119A2 is characterised by its full-RIS upper and more limited feature set when compared to the partial-RIS L119A2, better known by most.

What I mean by a more limited feature set is that whereas the partial-RIS L119A2 is issued with an ambi-charging handle and ambi-mag release, the full-RIS L119A2 exhibits non-ambi versions – certainly in all the pics I’ve seen so far. Equally, the full-RIS L119A2 features a basic birdcage flash hider, as opposed to a Surefire FH556-216A.

The full-RIS L119A2 does still include refinements such as ambi-fire controls and a Geissele trigger group however – features identified in pics and through other documentary resources – which are shared by both platforms.

Here’s my interpretation of the salient features shown in the pic:

Here’s a visual guide to those same features: 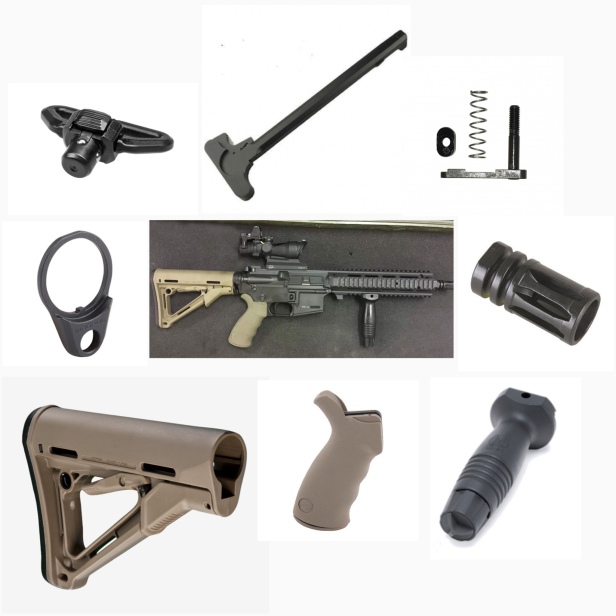 Not seen in the pic, but it’s also worth mentioning that the full-RIS L119A2 IUR has its US patent number lasered on to its left side by Colt Canada, like this: 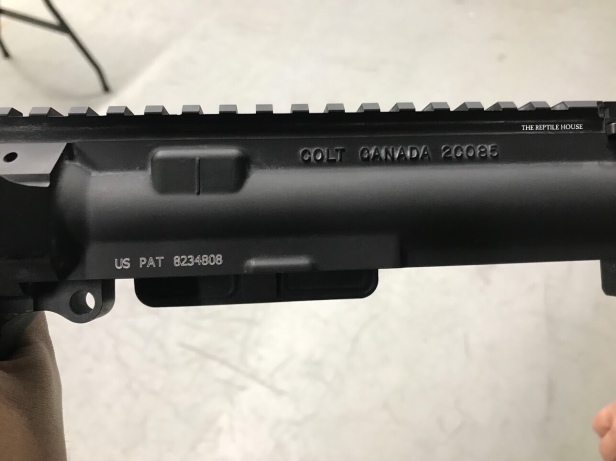 Lastly, I’m not 100% sure why the NSN on the magwell has been partially blanked in the original pic.

Below is a screenshot which has found its way into the public domain, which lists two NSNs. All NSN instances I’ve seen end in 98 (regardless of upper length). Lowers with NSNs ending 99 may exist – I’ve just not seen one yet.

Thanks to Jay Taranis for editing the original pic.

You can read more about my L119A2 clone correct project here: 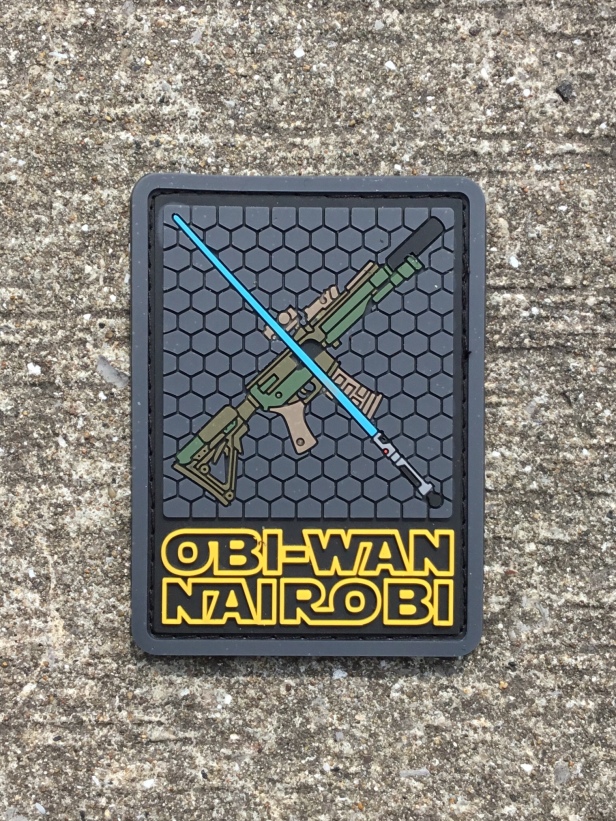