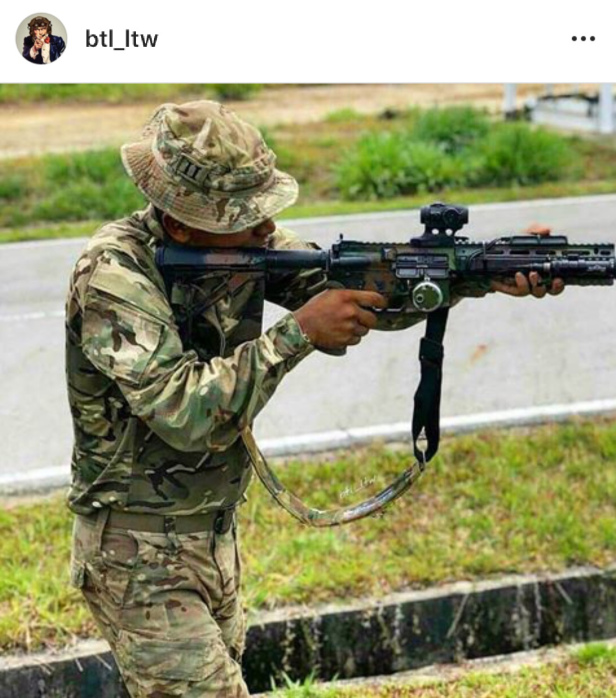 Note the tally clicker – used as a pace counter – on the right side of the magwell. The tally clicker – often seen at nightclub doors – is used here as a micro-navigation device, widely adopted in the British Army for jungle ops.

Also note the black Magpul CTR stock. It’s normal to see the FDE CTR on the L119A2, as that’s what it’s issued with.

The optic mount choice is also curious, because the GG&G model depicted is optimised for the Aimpoint Micro T1.

But is the optic a T2, or is it a T1 with a Tango Down IO-Cover? I’m 50/50 on that and it could even be a third, unknown optic. In order for a T2 to fit the GG&G mount, the rear lens cap assembly would have to be removed. The front lens cap assembly – if it is a T2 – is also missing.

The charging handle is also very interesting. Originally I thought it exhibited a replacement latch, along the lines of this one by Badger Ordnance: 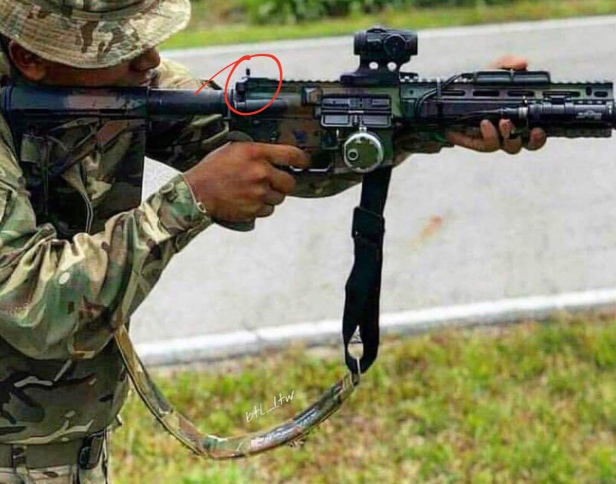 It’s not uncommon for the standard Colt Canada ambi latch to be cut down to prevent snagging.

However, I now think it’s more likely that the entire charging handle has been replaced after seeing the pic below on Facebook: 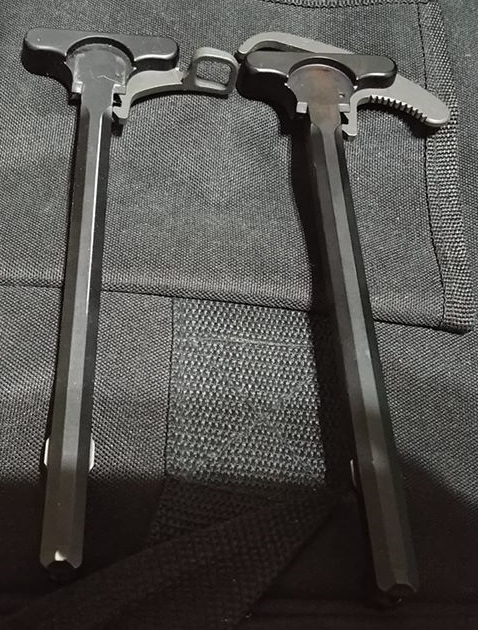 Both charging handles are Colt Canada, with the one on the right being usual for the L119A2. The item on the left is something that Colt Canada has bundled with previous IURs, such as this CANSOF one: 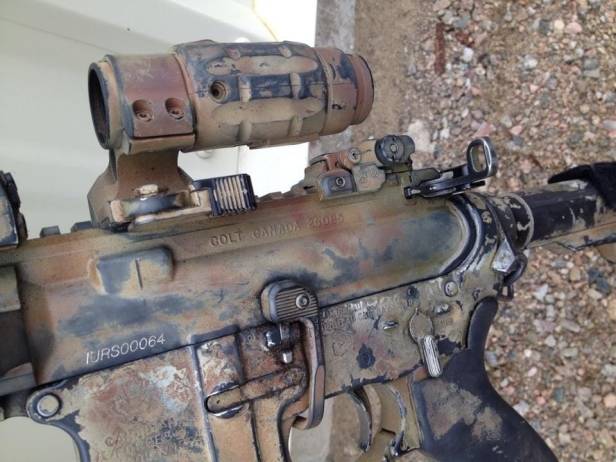 There are more pics of this rifle in this blog from 2016.

Lastly, the sling is curious because it’s meant for an M249. It is not the only example of such a sling in use on an L119A2, however, as non-public pics attest.

Background To This Article

The pics were posted on the @btl_ltw IG account.

The location depicted is said to be Price Barracks in Belize.

The soldier shown is not thought to be UKSF, but a member of the Royal Gurkha Rifles – a regiment in the British Army.

These trusted individuals helped me with this article:

More articles relating to the L119A2