Q. What [insert accessory name] should I buy for my L119A2 replica?

A. The one that’s demonstrably in use, abundant, and which costs the operator nothing.

That’s where I start from anyway – maybe even adding that if in doubt, Magpul is always a good bet. I’m simplifying because it isn’t always that easy, but in the case of QD sling swivels it’s become a whole lot easier.

There’s a sling swivel in the Newcastle pics. It could even be the Colt Canada item; documented as part of the L119A2’s ecosystem. It’s doubtful it will ever be ID’d to that extent, but it’s generic-looking enough that any standard sling swivel could provide a stand-in. 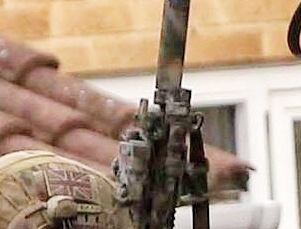 Nevertheless there is also a distinct, named alternative.

In Part 1, I hypothesised that the QD sling swivel in the following pic was a Magpul QDM.

I continue to say you can never ‘know’ 100% without seeing the thing for real, but I’ve made positive IDs from worse pics. As it was, I was 99% sure.

The good news is that recently I was shown a number of close up pics, which clearly display the Magpul QDM very much in use; and not just plugged into the end of the receiver, unlike the pic (and other similar pics) which started this off.

I’d already gotten hold of a QDM, anyway, based on the original analysis and as usual with Magpul it’s design gold. 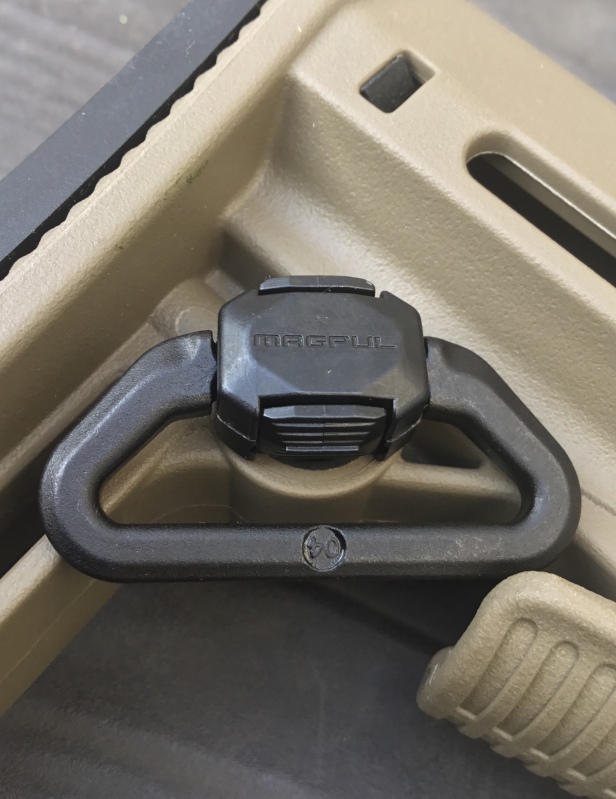 To say the Magpul QDM is low profile is an understatement. It’s flat, streamlined and unobtrusive:

The flatness is mainly due to the ingeniously designed bail (the body) and its novel push/pull attach/detach system.

Rather than utilising a push button release like a standard QD swivel, the QDM’s mechanism is operated by a pull. In this case, both sides of the bail must be engaged in unison for a successful release. It’s easy – even with gloved hands – but pretty much foolproof. 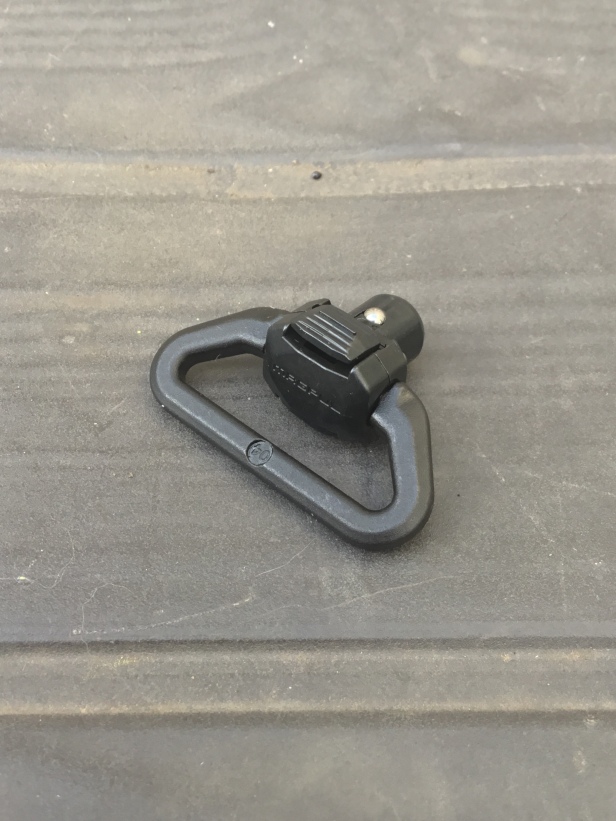 The closest method of action I’ve seen to this is employed by Blue Force Gear’s excellent RED Swivel. However, the RED is positively carbuncular when compared to the QDM; plus it has a stiff cable and bead trailing from its head. 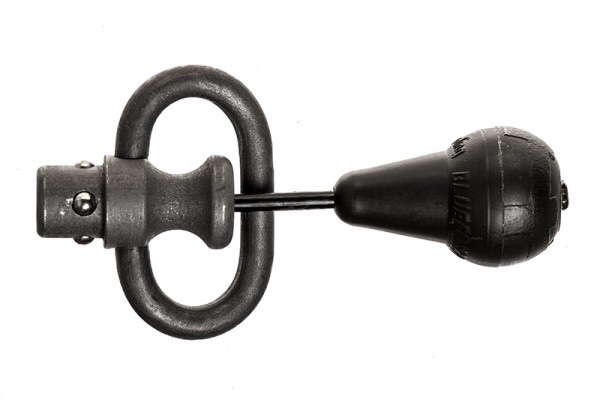 I’ve always liked the action of the RED Swivel and if you need to detach your sling in an emergency it’s superb – something of a ‘safety’ accessory. That said, Magpul has invented something which for me (no emergencies) does pretty much the same thing, but is instead unobtrusive. 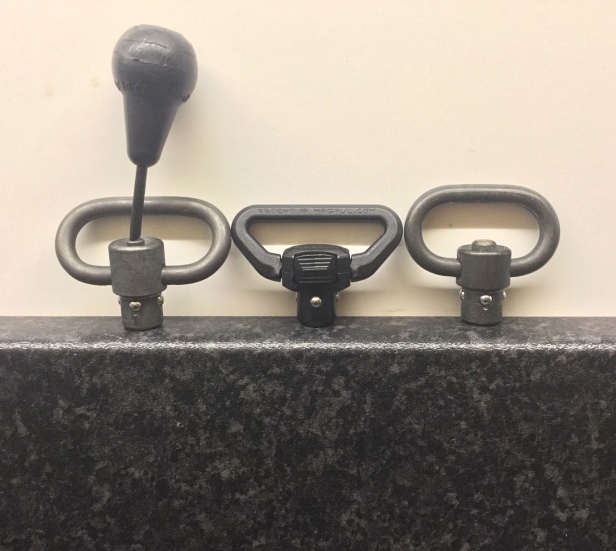 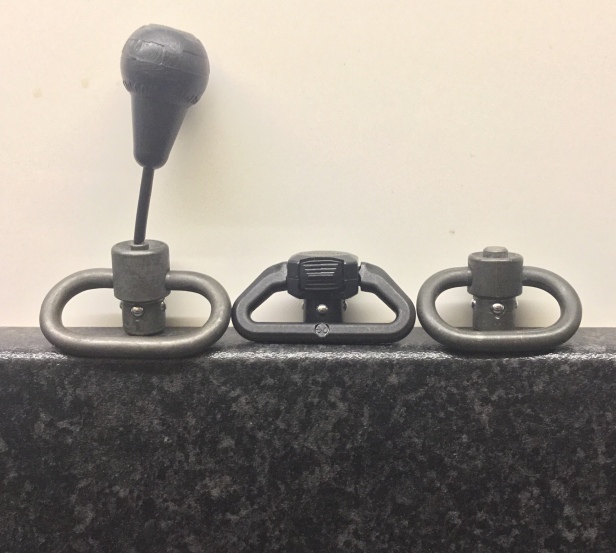 I’ve talked about the QDM’s pull-to-release action, but it has a push to mount action as well; the buttons on the bail being bi-directional. Again, this is foolproof and incredibly user friendly.

Because the QDM’s bail is so flat, the item’s sling loop is also less deep than the standard. This puts the sling closer to the weapon’s centreline.

The loop is a trapezoid shape, which effectively canalises slings up to 1.25″ wide – perfect for the Magpul MS3 (my review here) and BFG VCAS which exhibit 1.25″ webbing.

The QDM utilises a propriety finish – Melonite – which Magpul uses on a wide variety of its smaller steel parts. It’s tough and corrosion resistant.