I bought the original HSP D3 sling pretty much as soon as it came to market, back in early 2016. It was the all singing, all dancing version – but I just didn’t need all the functionality; so after a bit of use (all positive) I sent it to my friend Andy (Tactical Optician) for long term use and feedback (also positive). 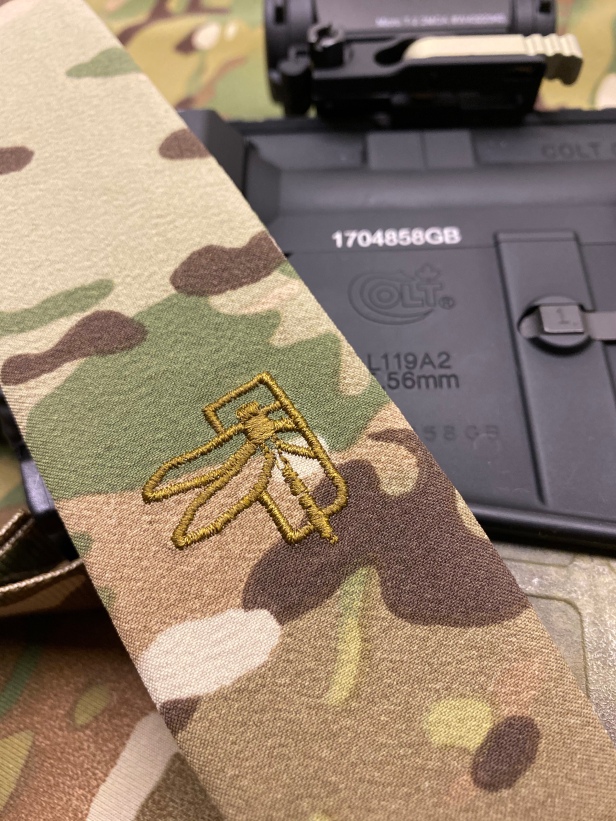 Right now I’m really into minimalist slings, which started a few months back when I managed to get hold of an old gen Proctor Way Of The Gun Sling, a la Obi Wan Nairobi.

Way Of The Gun style slings are now very much a thing in the U.K., with low volume/high quality artisan brands like TacBelts knocking out enhanced versions – like The Minimalist Sling; which was the one that fully converted me.

That said, I wanted to revisit the D3 sling and the D3 SLK (SLK meaning slick) seemed like the best version to try out. The big benefit over other minimalist slings is that it has a shoulder pad – a minimalist but effective shoulder pad.

I bought my D3 SLK from Tactical Kit.

The D3 SLK is purely a sling, with no QDs etc, which makes it significantly cheaper than the original D3 (which comes complete with bespoke QD sling mounts and two-to-one point functionality). And, given my direction of travel, what better hardware to fit to the D3 SLK than TacBelts’ Way Of The Gun style paracord loops?

I used this video as my own primer for setting up the D3 SLK and it’s well worth a watch:

I remembered the original D3’s shoulder pad being really cool and indeed it’s the same with the D3 SLK: the embroidered HSP dragonfly logo is a sublime touch, but that’s not the best bit. The pad is composed of Tweave, which is a type of tenacious softshell.

Along with the Ferro Slingster, it’s the most comfortable shoulder pad of all the medium/lite slings I’ve owned – the common denominator being the pads’ slim cross sections. It’s the same format I prize in light pack and courier bag straps e.g. as used by Arc’teryx. Heavier slings like the Blue Force Gear VCAS, Viking Tactics VTAC (review here) and Magpul MS1 Padded have more comfortable pads, but of course aren’t as minimalist as the D3-series – so it’s a trade off.

My one criticism of Haley’s pad is that I’d prefer it to be longer, for greater coverage (and thus greater comfort); but it’s not in any way a deal breaker and I’m sure Travis has a good reason for designing it the way he has. That’s really the only thing I’d change.

Sling adjustment (from firing position to stowed and back) is simple and straightforward, and excess webbing is held captive – so no loose tail. This is high on my priority list.

The sling webbing itself is 1″ wide.

All hardware, aside from the TacBelts widgets I’m using, is metallic. Absolute length adjustment is handled at each end of the sling. 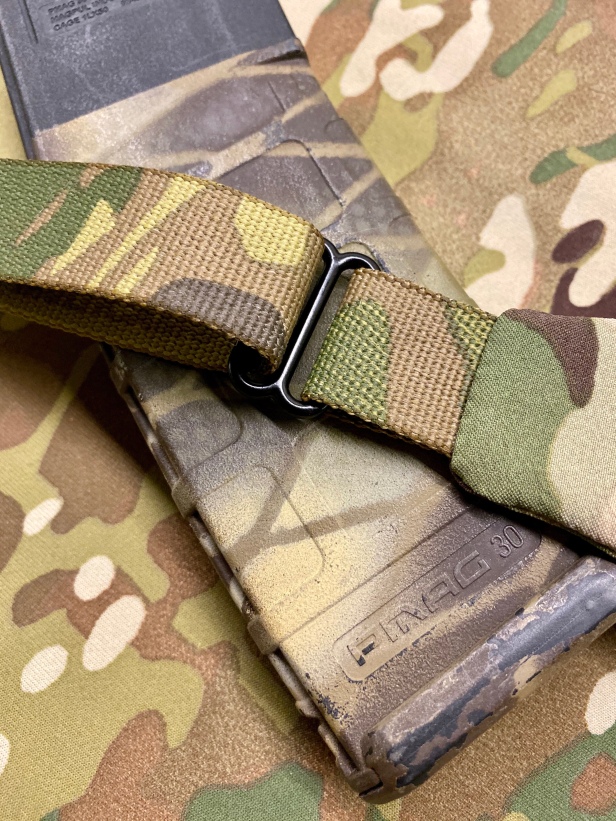 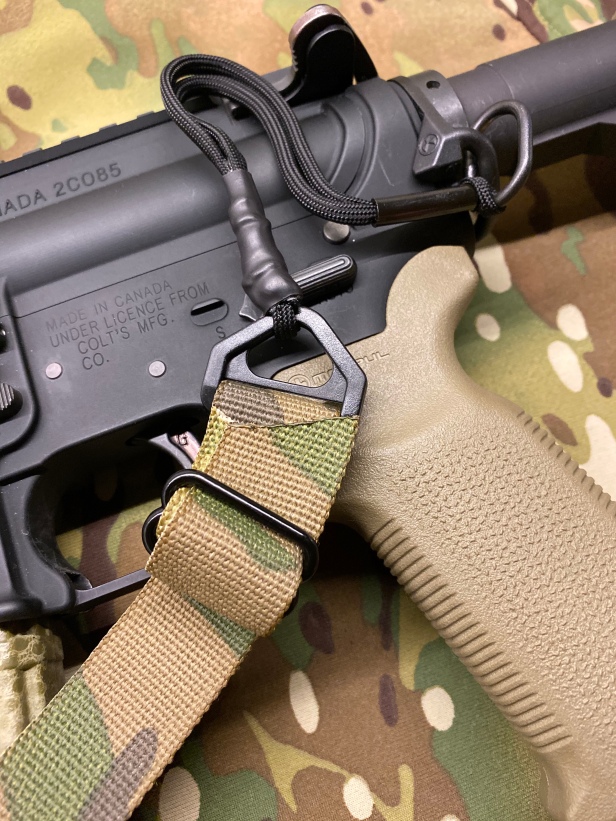 I really think that if you’re into minimalist slings but want a bit more comfort at the shoulder, the D3 SLK would be highest on the list.

Of the padded slings on the market right now it’s easily the most stripped down, but it manages not to lose functionality on the way.

I purchased mine from Tactical Kit.