If you’ve followed the blog’s Fifty Shades series, you’ll know that Heckler and Koch (H&K) refers to a spectrum of colours as RAL8000. This spectrum runs from yellow – like some of their plastics – through brown, to green.

It’s a confusing designation for such a broad range of colours, given that RAL8000 per se is a specific green-brown colour; RAL being a colour standard, like Pantone. 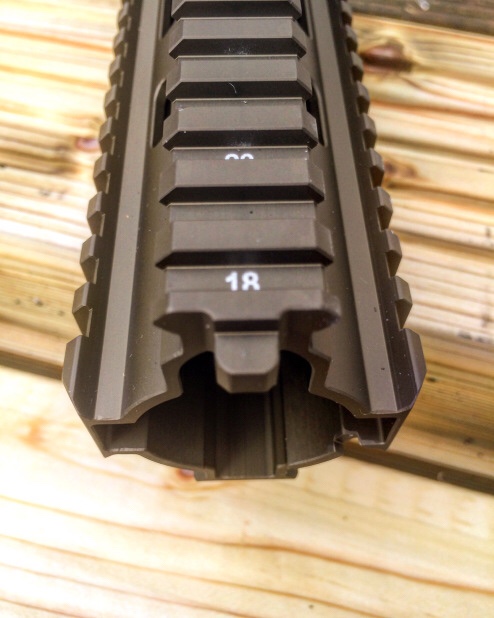 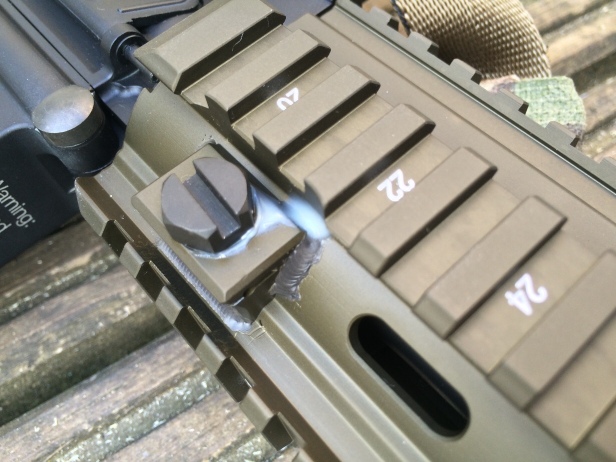 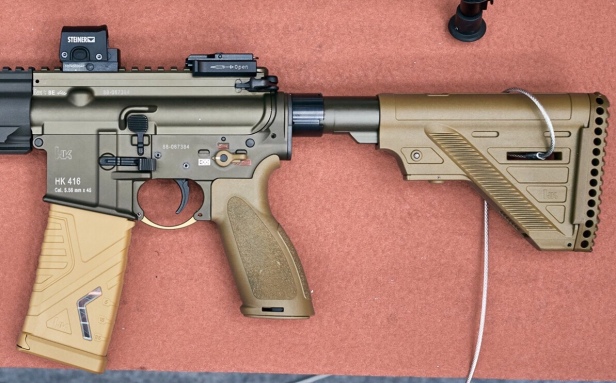 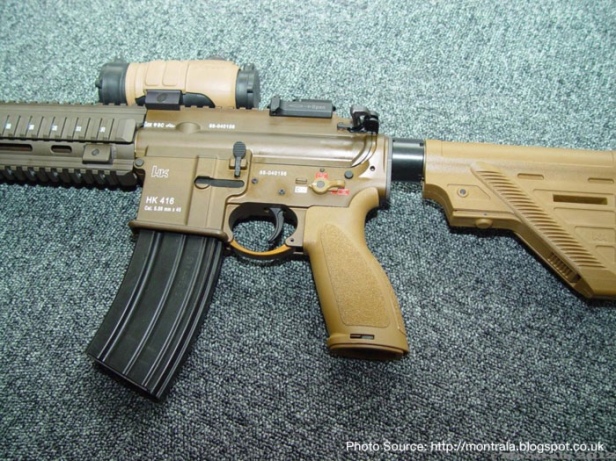 Over the months of writing this series, I’ve got the distinct impression that RAL8000 is H&K’s catch-all for low observable finishes.

I’ve also written a two part series about the H&K Slim Line hand guard, an example of which arrived with me recently: 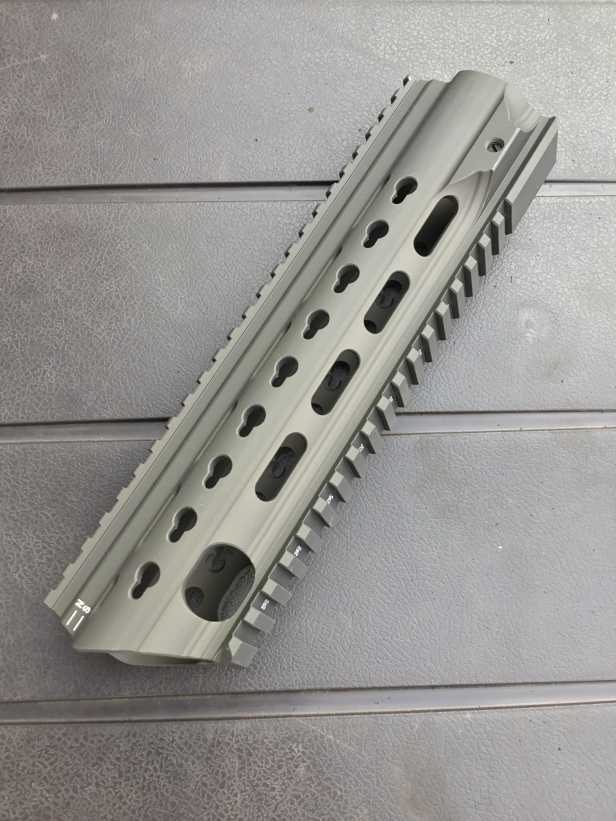 Again, this colour is referred to as RAL8000. However, the actual colour is more of a grey-green.

Looking into grey-green military tones, I found out that massive variations aren’t uncommon; as can be seen in the following historical pic.

The grey-green H&K Slim Line hand guard goes great with Ranger Green and the issued A5, as can be seen in the pic below:

I was tempted to think this is a new colour in the RAL/low observable range, but the rail in the following picture is pretty close:

And, it’s mounted on a brown low observable A5 receiver, which was the earliest RAL8000 tone.

Of course, RAL8000 isn’t just a nightmare for A5 lovers anymore. The L85A3 is also similarly afflicted, as can be seen from my annotations: 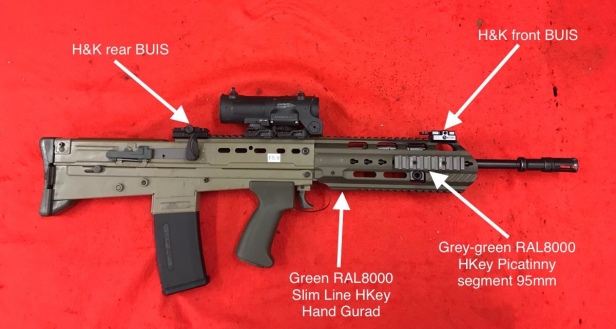 Welcome – and good luck with that, L85A3 clone builders 🙂

Catch up on more Fifty Shades of RAL8000, here: