It’s not a cool guy stock, a point of interest, or something ‘a bit different’. It cannot be so easily kicked into the long grass. No – it is pure function over form and for that reason it’s immensely ugly to look at.

But that’s part of its charm.

You know those Birkenstock sandals – the orthopaedic looking ones? They look shit but feel really good on, I’m told. That’s what this stock is like. Used as a stock, it’s exceptional. It just looks like something that would be prescribed for fallen arches.

But, it is a product which I would speculate has been properly planned (I like plans) and designed (I like design), by a logically-minded team of qualified engineers; obsessed (I’d hope) with efficiency. Remember, stating to a German colleague that they are inefficient is the worst possible insult in the world. Ever worked with an inefficient German colleague, though? No you haven’t.

The stock comes in either black, or “RAL8000” – which actually looks closer to RAL1001 to me. A comparison with some other stocks:

This is about the most sympathetic pic I could take, to try and communicate the colour visually: 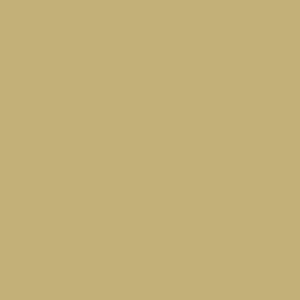 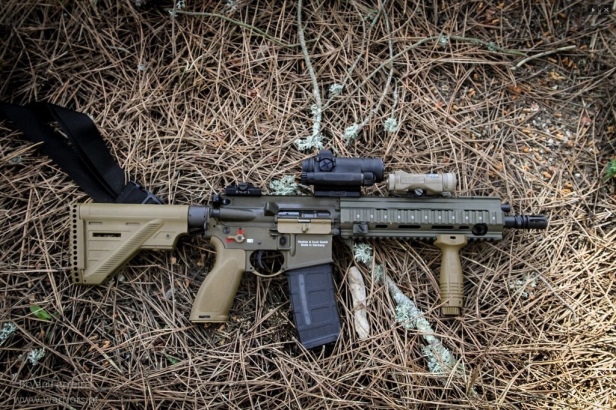 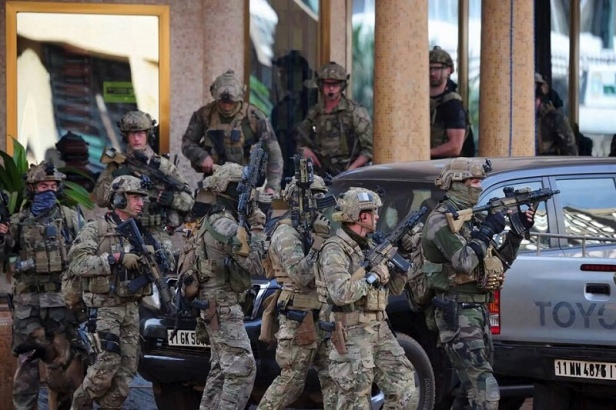 Also, one in black:

As its name would suggest, this stock is slim. Think of the benchmark Magpul CTR. From the side the Slim Line stock looks lumpen and clumsy, but it’s actually quite diminutive.

It’s also lighter than a CTR.

But, like the CTR, the opportunity cost of the stock’s slimness is any kind of ledge for comfortable cheek weld.

To benchmark with the CTR once more, the polymer of the Slimline stock is tough. Although I suspect Magpul’s polymer would do better in a torture test.

The very best thing about this stock is that it was built specifically for the HK416. For that reason, it suits the HK416 very well indeed. Put this stock on an M4 and you are into all kinds of wrong; and in doing so you may alter reality in a really unpleasant way.

Now, do you ever become tearful, because RS stocks come in two sizes: military spec and commercial spec? If you do, you may be interested to know that this stock fits both mil and com spec tubes solidly, with no movement. I know this, because I tried it out. It’s got a device inside, which is sprung and stays in contact with the buffer’s rails for both diameters. 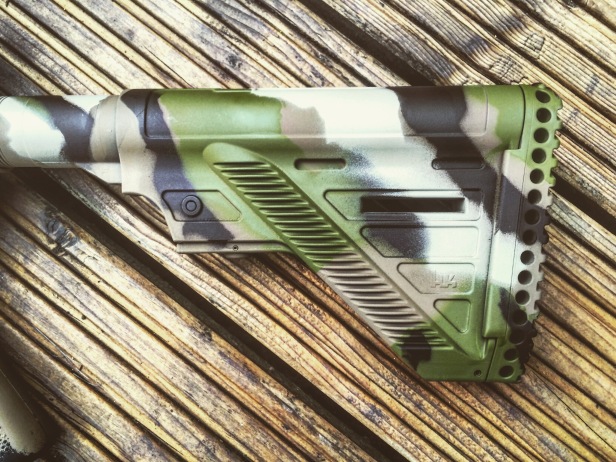 The stock’s position along the buffer tube adjusts via a paddle at its leading edge. You can see its pivot point at the front of the stock.

You’re not going to activate the paddle by accident and even if you did, the stock probably wouldn’t move. And that’s perhaps my only gripe. Don’t plan on easy adjustment, because with the device inside which stops it slopping around, this stock is very firm and likes to stay put.

The rear of the item supports a pretty chunky rubber butt pad and it’s angled like all good, modern stocks should be. This means it shoulders better.

A convex butt pad, more like that of the original E1 HK416 stock, is also available.

Also akin to the E1, the Slimline Stock features a grip surface at its leading edge. I remember reading that this enables the user to grip the stock and pull it into their shoulder with their support hand, when the front end of the rifle is supported by other means – a bipod, say.

The top of the stock has a window so you can identify preferred stock positions visually. Just pop a dot on the buffer, through that window, with a Posca pen for hassle-free indexing.

There’s also a sizeable slot through the stock, which provides an attachment point – but there are no integral QD sockets, which is disappointing (not that I use them).

That’s really the only thing missing and unless you really can’t stand the look it’s a great stock.

(This is a significantly updated article which first appeared on the blog in 2016.)

Read more in the Do You Like Koch? series: