But the real selling point is Oberndorf’s design. It’s almost a cliche to refer to superior German engineering, but it doesn’t make it any less true.

A fantastic example of this lies in HK’s A5 rear BUIS: 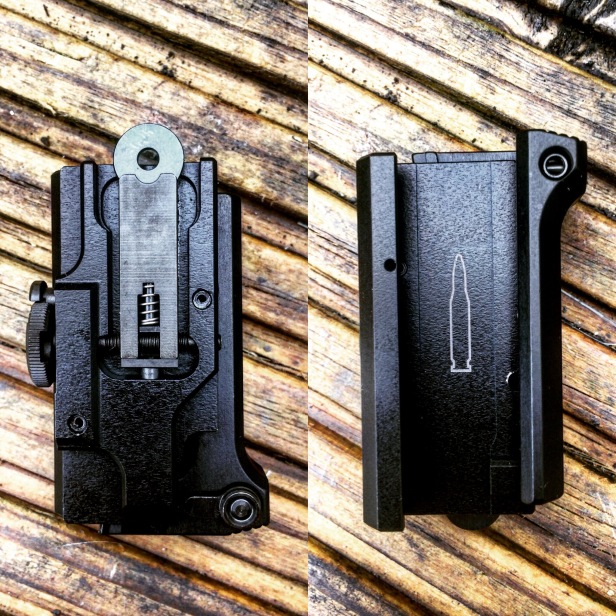 The sight is designed so that it can be installed and removed tool-free. Picatinny-side it is sprung and relies on an interference fit with the top rail.

The BUIS depicted here is the ‘captive’ version, which means there’s a detente safety button. This is depressed when the sight is installed or removed. It’s not really necessary, but it’s a nice touch.

It is also the very same sight which HK uses on the RAL8000 A5 series – and it is interesting that they use the black version of the BUIS. 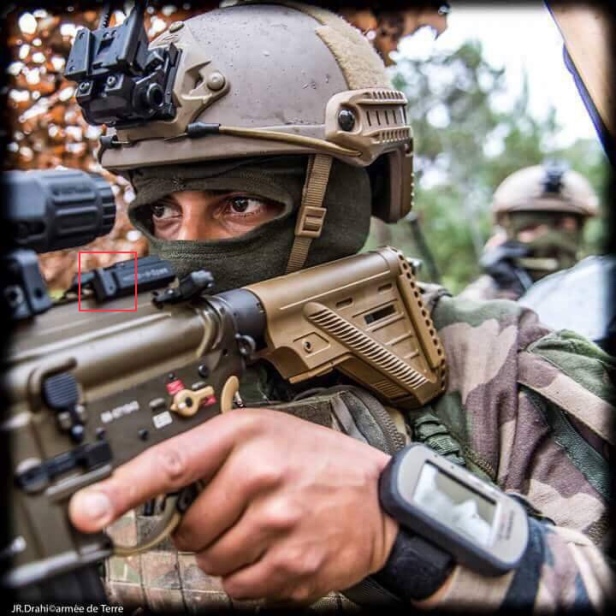 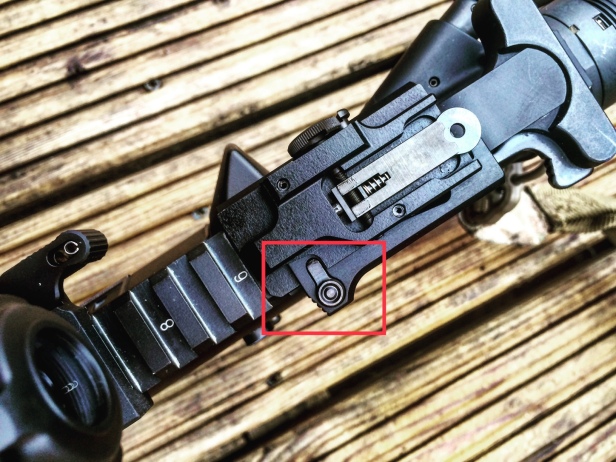 A RAL8000 non-captive version is also shown on HK’s website: 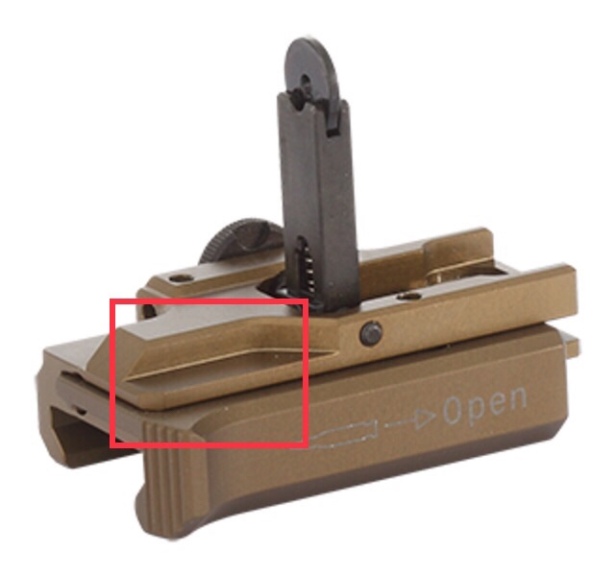 And it is this non-captive RAL8000 version that I think VFC has adopted for their A5 clone: 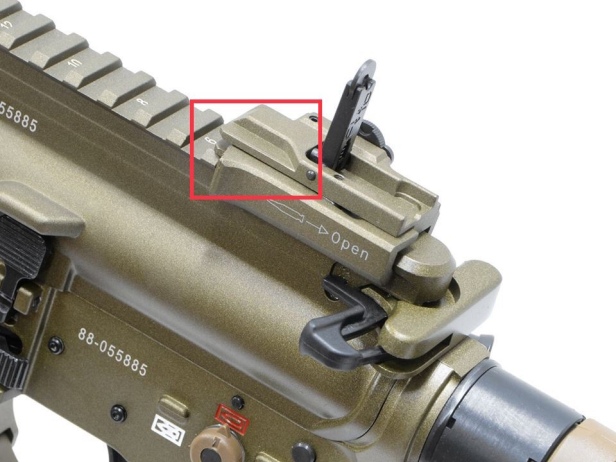 The sight is really lo-pro and, of course, it’s designed with the ergonomics of the 416 in mind. 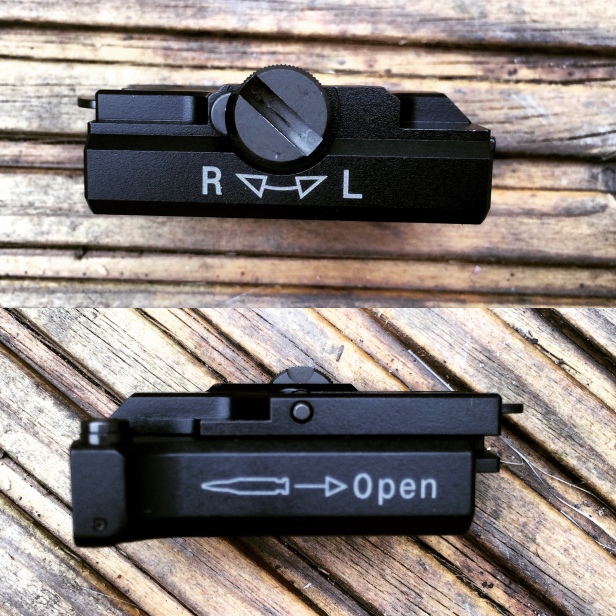 The windage knob is oversized and also features a dentente, to lock it in place.

So what’s the downside? Well, this isn’t a BUIS which features a locking sight pillar. So, if you’re looking for one of those, you need to try elsewhere. 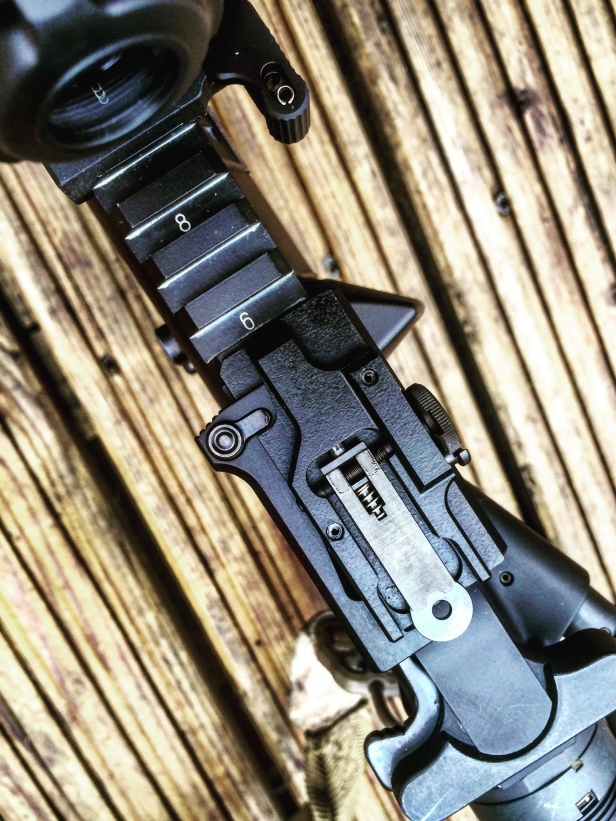 (This is a significantly updated article which first appeared on the blog in 2016).

Read more in the Do You Like Koch? series: 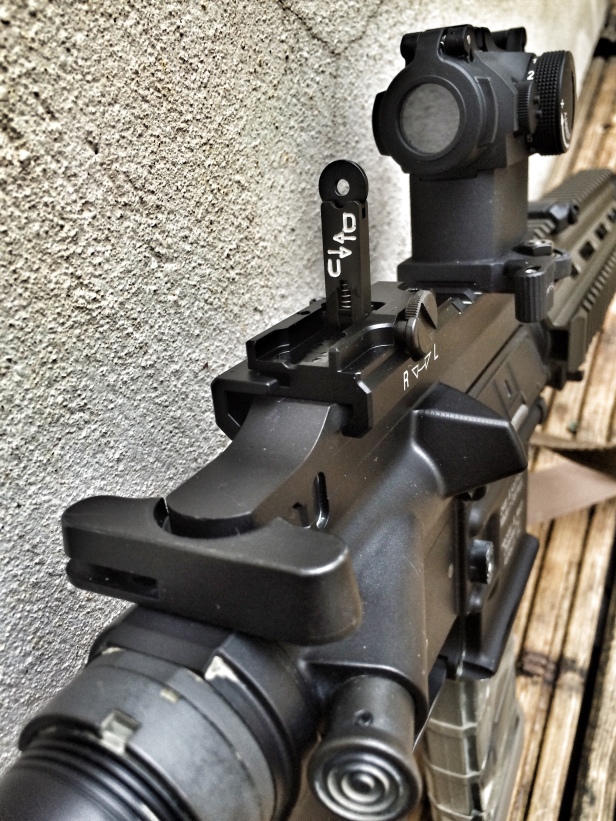