Am I the only one who’s been waiting way too long for Crye’s AVS Customisation Kit?

I was tipped off to it some time ago, by long term AVS user Tactical Optician; and I promised if I ever saw them in stock anywhere I’d order one each: 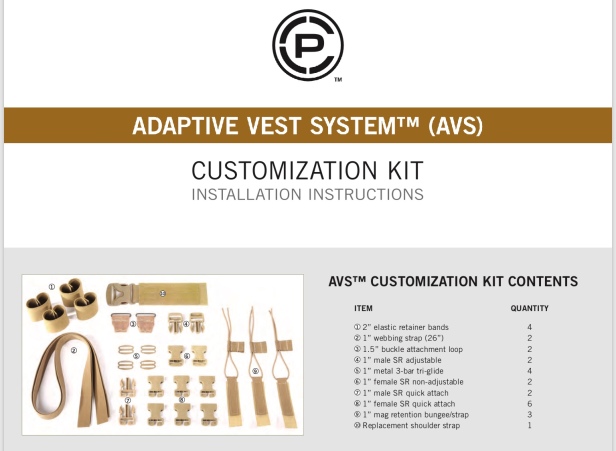 It’s a pretty nifty kit, particularly as it contains hardware allowing a Mayflower style placard to be mounted on the AVS: 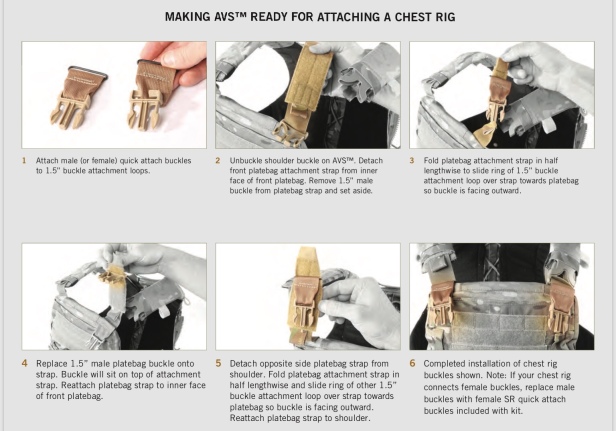 But that wasn’t the only reason to buy it and, indeed, I’m still waiting.

Back in 2014, I noticed this single side strap mod on the Task Force KZL blog: 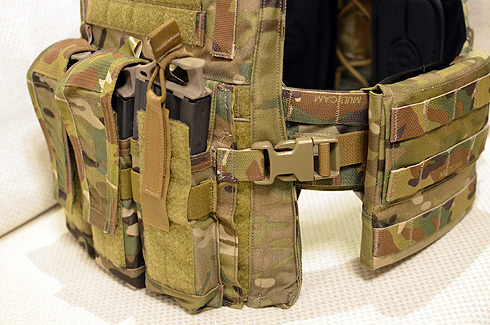 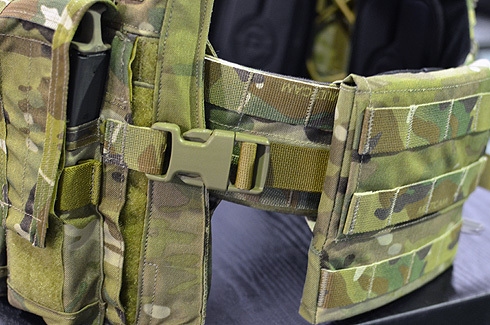 As it happens, the AVS Customisation Kit user manual offers clear instructions on how to deliver this: 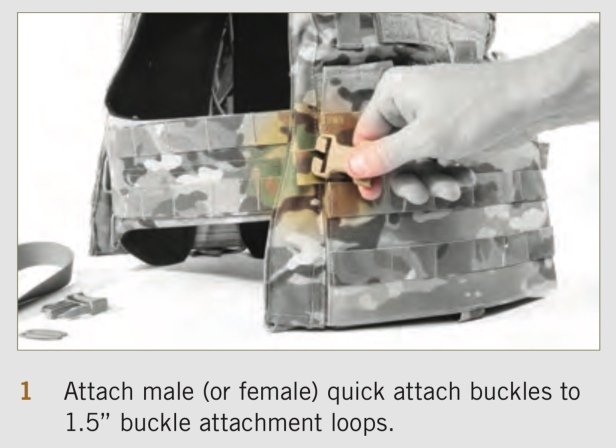 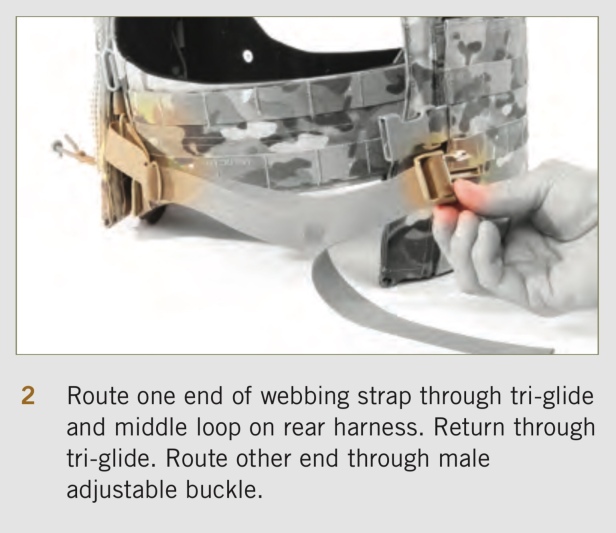 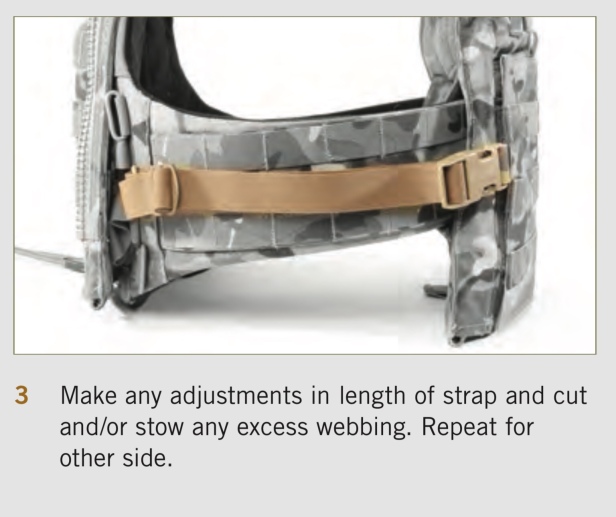 And yes – the penny drops: this is what the AVS flap’s ‘pen holders’ are really for.

Now, I’ve seen AVS users come up with versions of this modification which are way more engineered than this. For instance, Andy from Tac Belts UK did a really cool mod for Dan at ATRG. John D, on the other hand, has done a more lo-fi mod; and Mike P has utilised fixings from his AVS 1000 Pack – the flash bugger 🙂 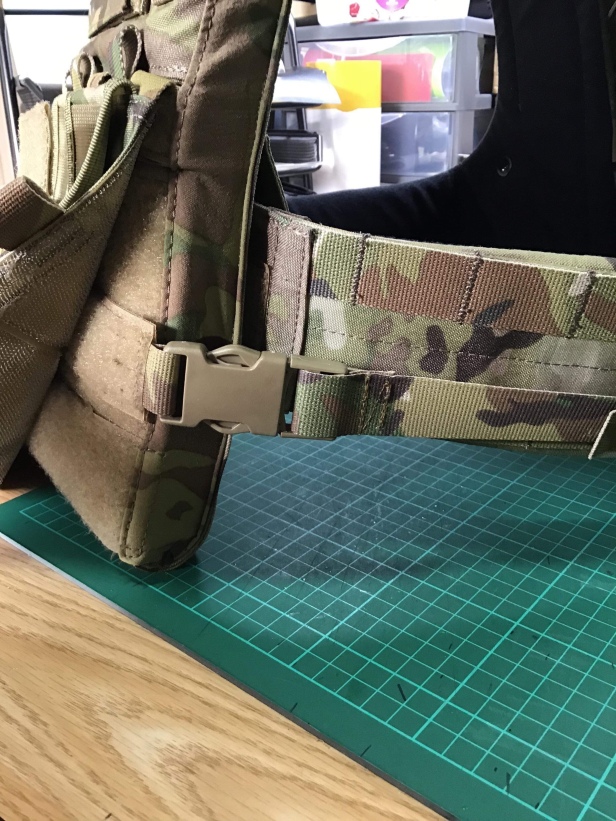 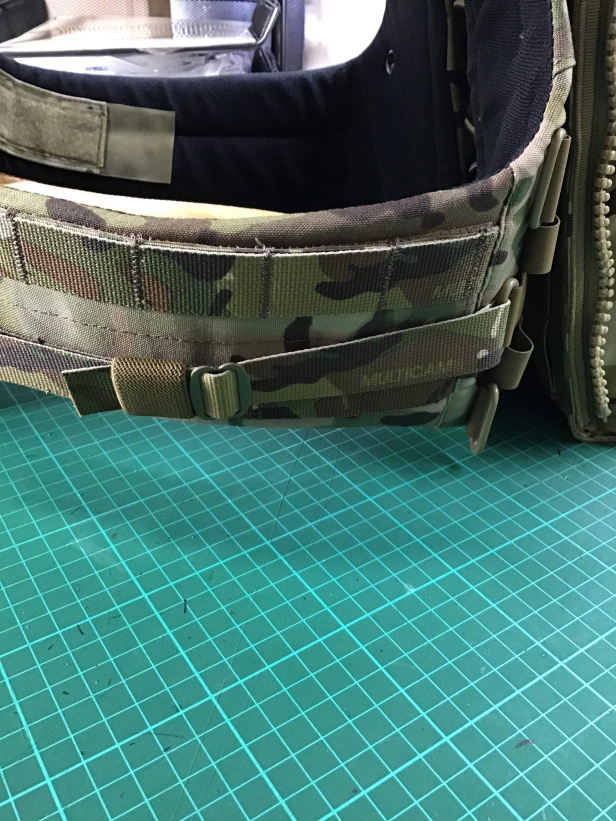 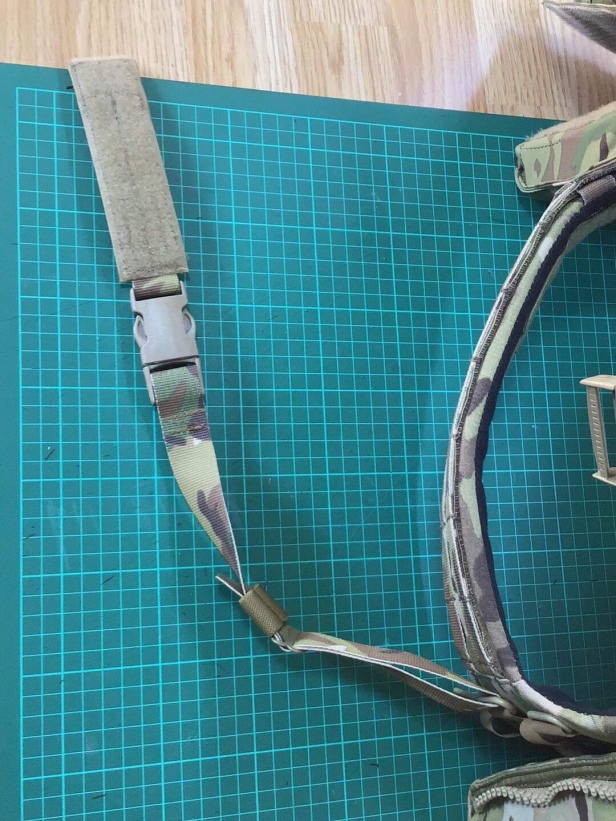 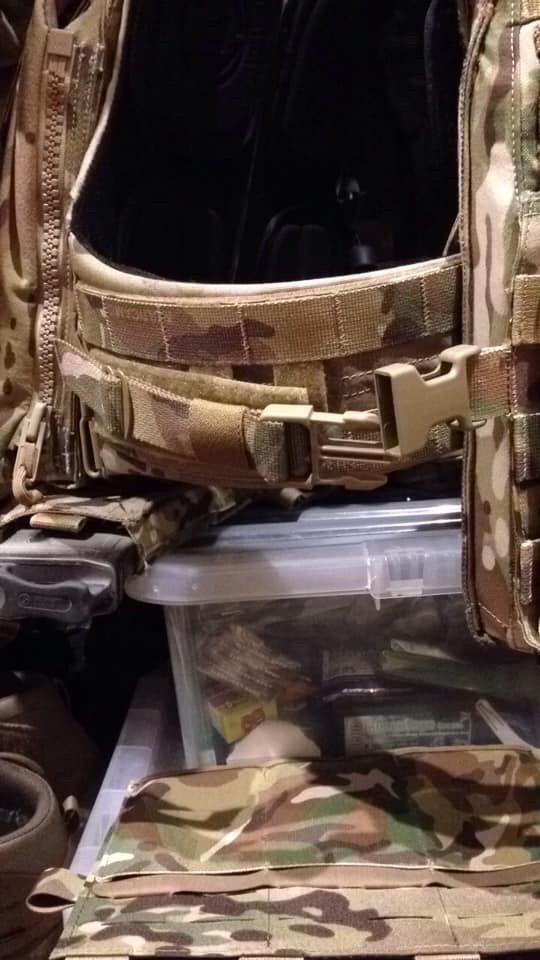 It’s the single strap, taken off, weave a buckle all the way to the Velcro end and peel that back out of the way. Reattach it, SOLD!

And here’s Mike’s version, which he’s implemented using spares from his AVS 1000 pack: 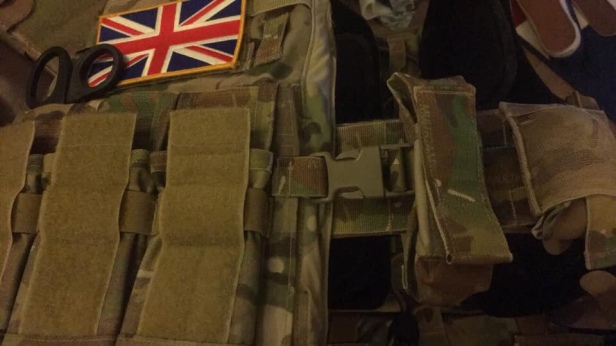 I’ve always wanted to implement the side release in the simple way that Task Force KZL did – and which Crye intended – so I thought I’d have a go myself.

Andy from Tac Belts UK was really helpful in supplying me with a 26″ length of 1″ wide webbing strap – as specified in Crye’s Customisation Kit operators manual. He even heat sealed the ends for me, which was really kind. Thanks Andy!

There’s one big difference between the webbing strap Andy supplied and Crye’s version, though. Crye only offers the Customisation Kit in tan or black. I’ve gone with Multicam.

The coyote brown plastic ITW hardware was sourced from Tactical Kit. I already had a metal 1″ oval slide to hand, but Tactical Kit sells those too. 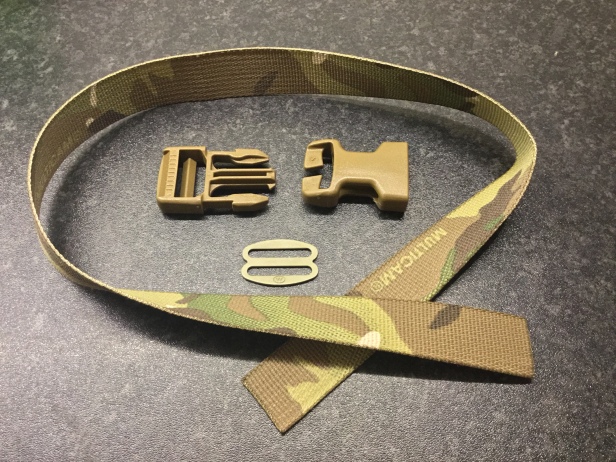 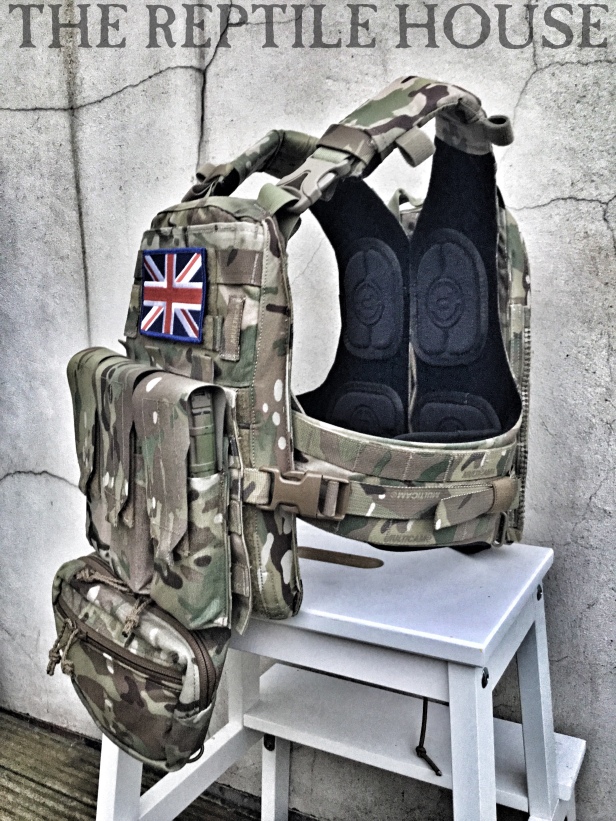 Will it stay like this? Only time will tell – but that’s the beauty of the AVS. It’s like Lego.