I think I own more GP (also known as utility) pouches than any other class of pouch. However, for some time my default choice has been Blue Force Gear’s Medium Vertical Utility.

After flirting with the Crye SPS GP 6x6x3, I learned about the Spiritus Systems Medium GP Pouch in 2016 from the excellent Firemission Blog. This guy is a proper in-the-shit operator, so whatever I say about the pouch pales next to his opinion.

So – seriously – if you’re only going to read one review, read his – not mine.

If you’re still with me, I’ll get started…

Sure, Spiritus and this pouch are not new news. By now, I’d imagine pretty much anyone interested in cutting edge tactical nylon has something by Spiritus; so I’m not going to over-explain the brand.

It’s suffice to underline their comprehensive penetration into the tactical market, in such a small space of time. And that’s down to the way they put their innovative spin on tried and trusted designs. Stuff you thought couldn’t evolve any further, they have evolved. 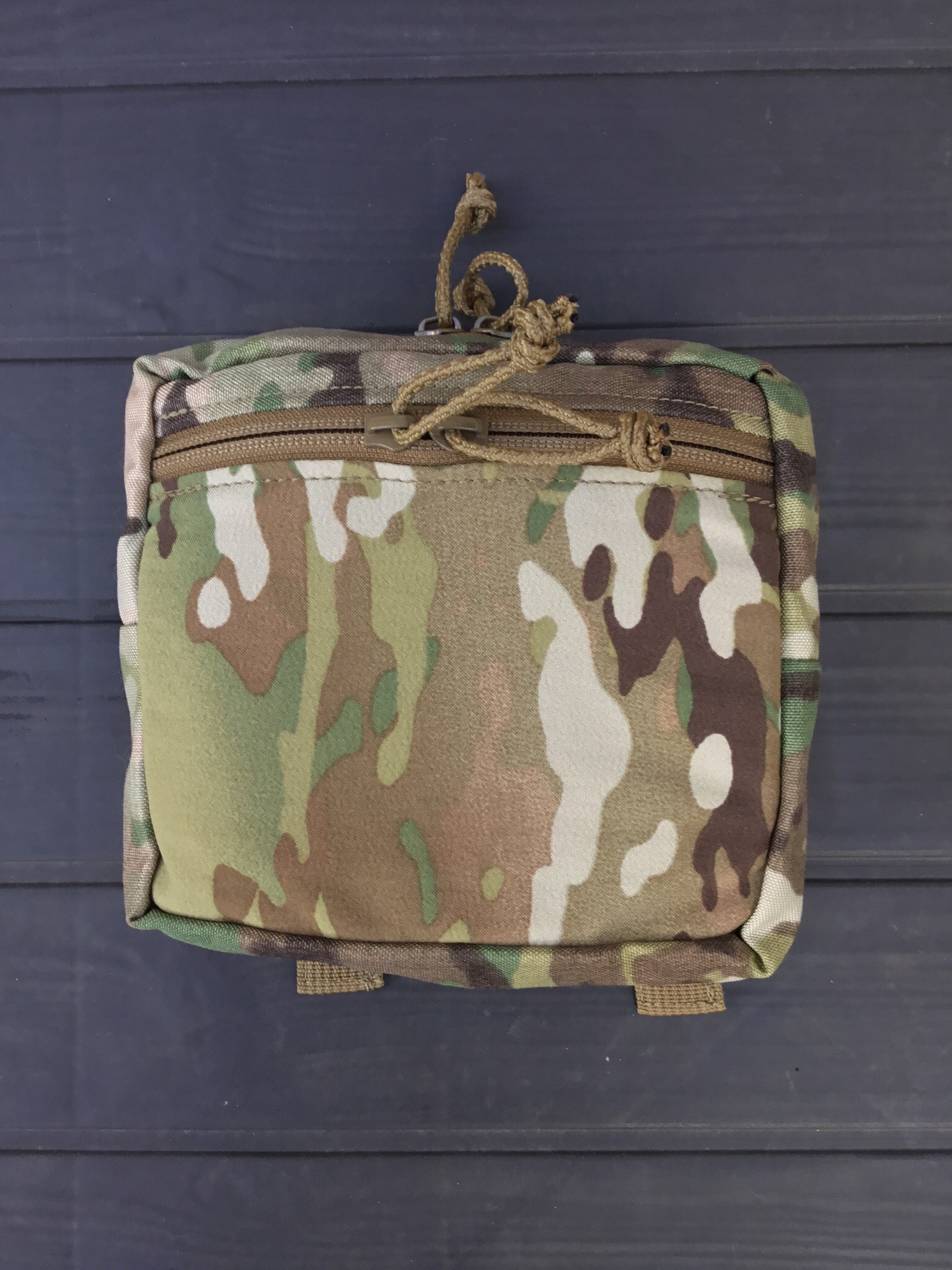 The pouch presents in 500D (or lower) with the following dimensions:

It’s very light. It has one main zip pocket, accessed from the top, and a smaller front zip pocket (more on the latter, later). Both zips are reversed, for water repellency. 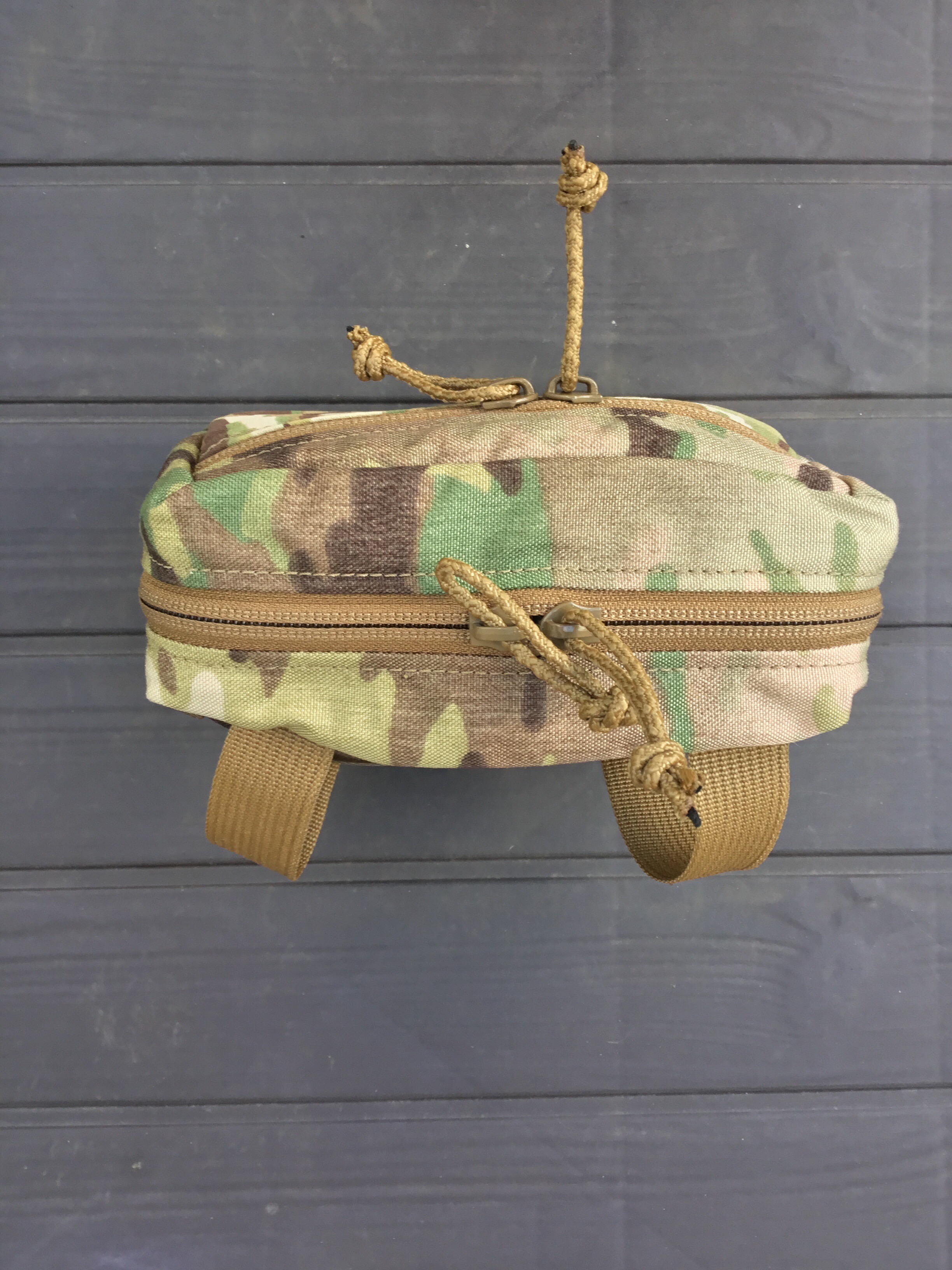 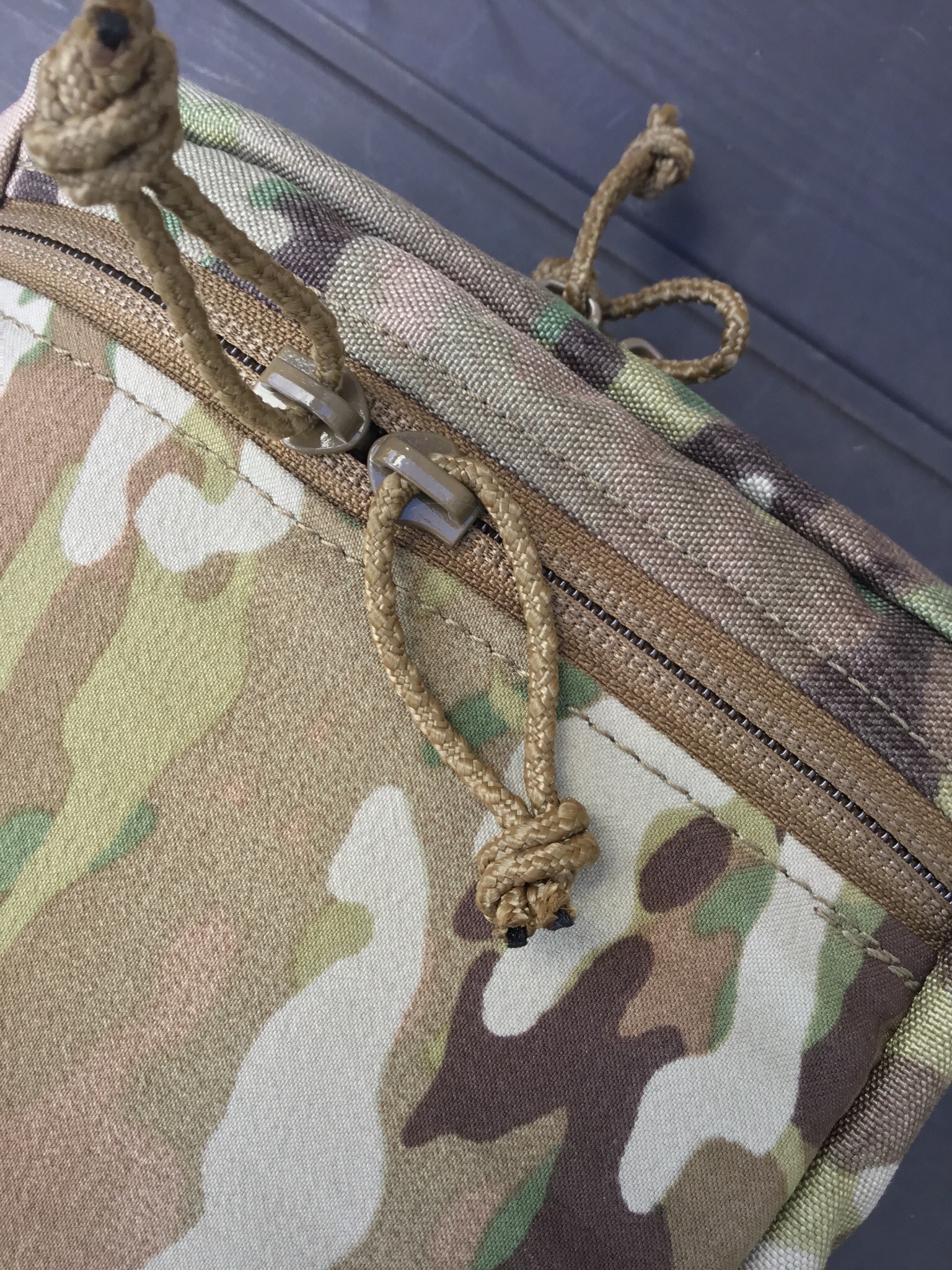 Interestingly, both zips are two-way. I’d maybe expect the main compartment’s zip to be two way, but the slip pocket zip too? Different.

The zip bodies are pleasantly chunky and are operated by some funky, texturised paracord. A nice detail. Even nicer, the zips don’t stick. 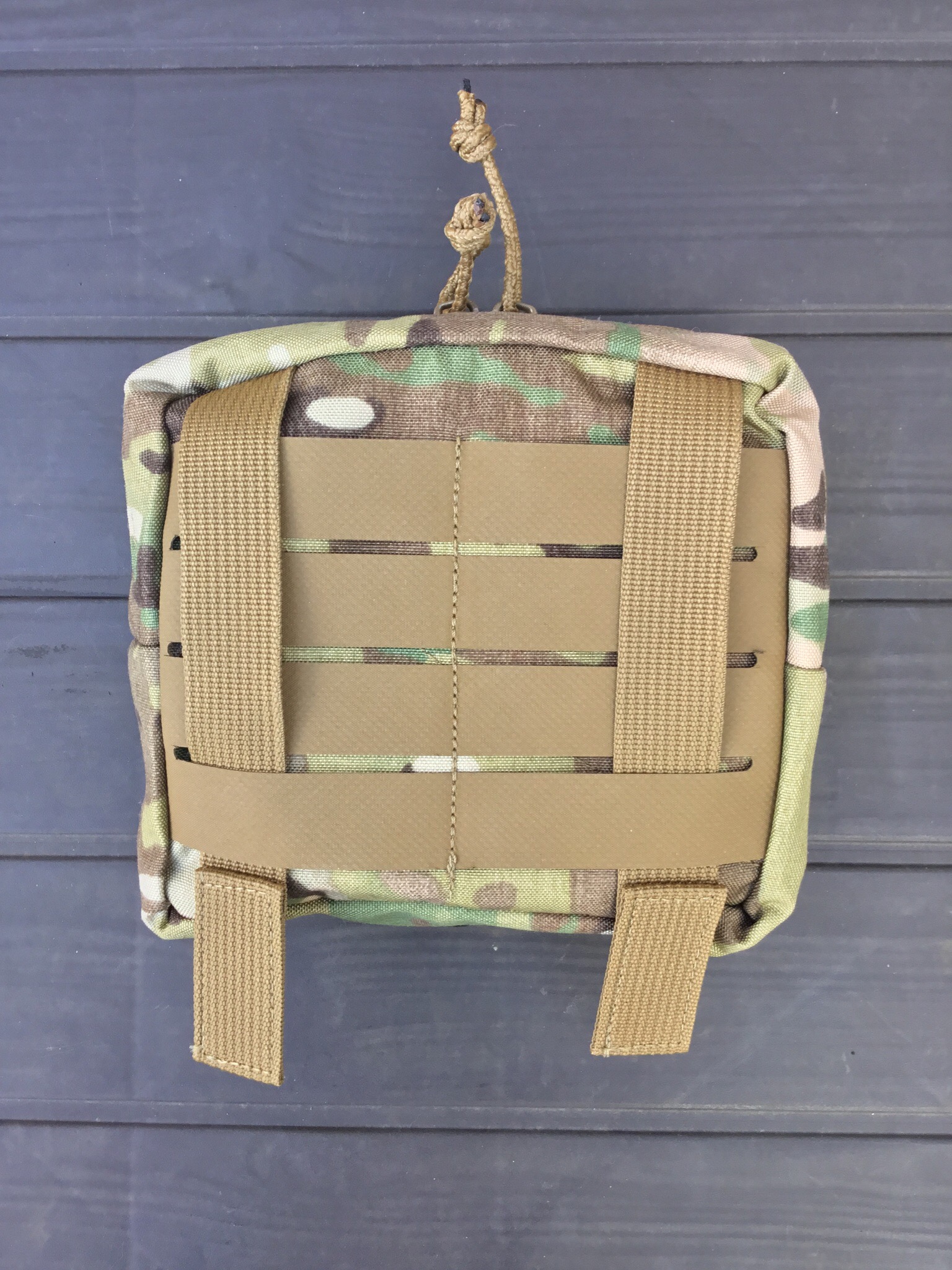 The pouch subsumes four PALS channels and is backed by a really great MOLLE mechanism which mixes classic with modern: webbing straps and a Hypalon-type PALS lattice, which has no doubt been cut by a laser. Spiritus calls it ‘Hank’. 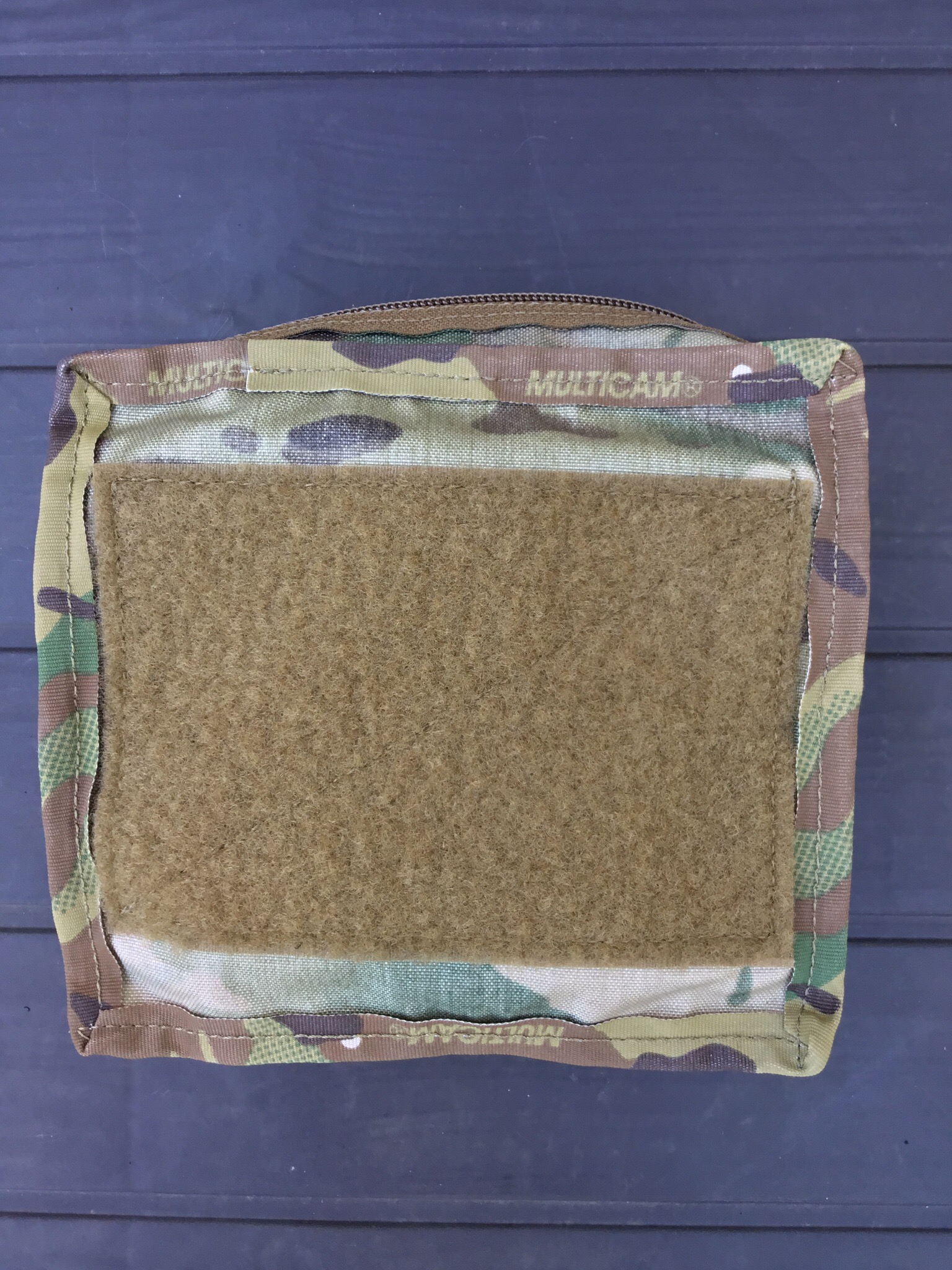 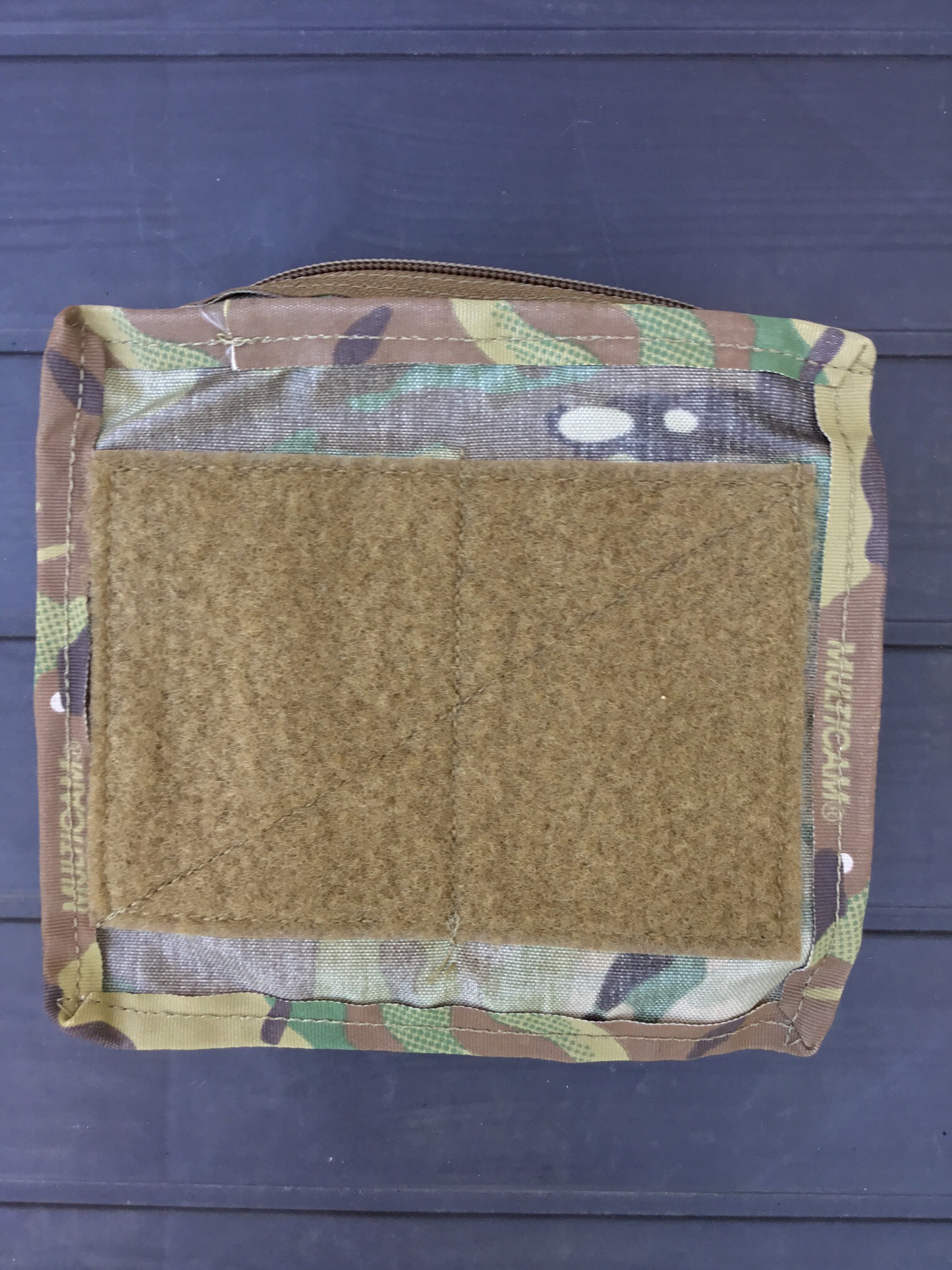 Turning the pouch inside out, there’s a field of loop Velcro on each face. At this point you can also properly assess the quality – which is very high. Everything is neatly squared away, with straight and true stitching, which exhibits a high stitch count per inch. Excellent. 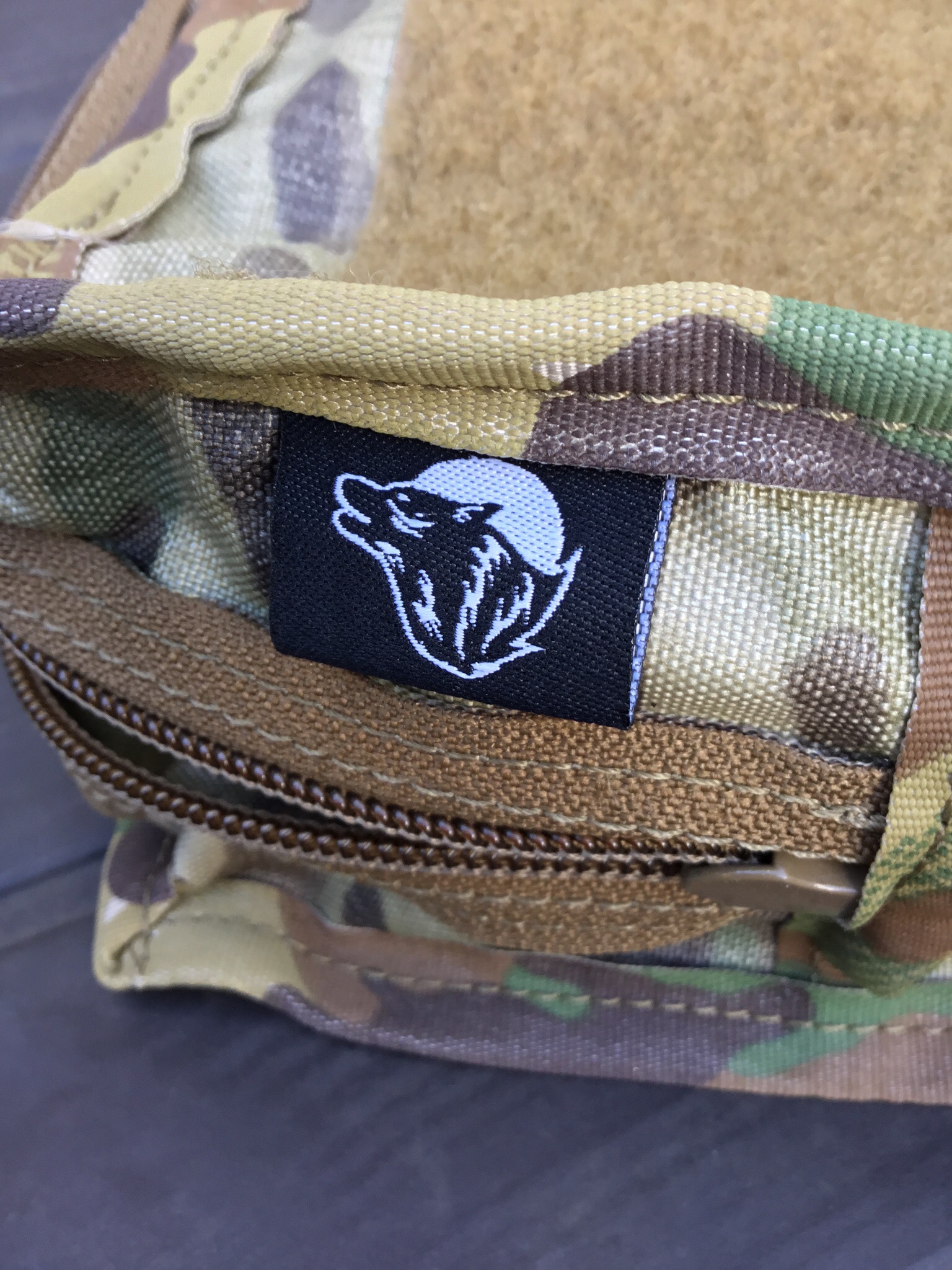 There’s also a really cool brand label inside, for additional authenticity, but TBH I’ve never seen clone stuff as well made as this. 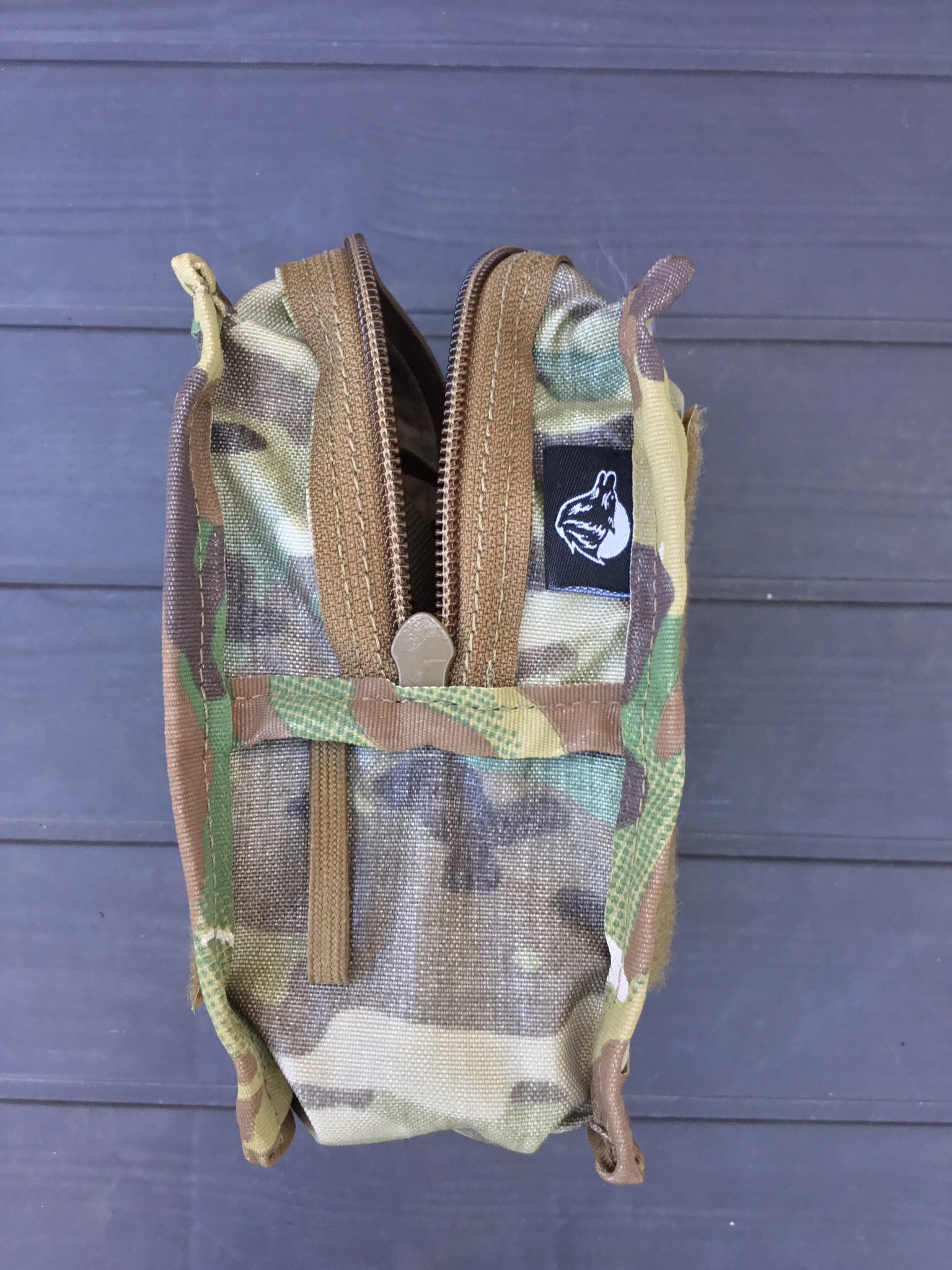 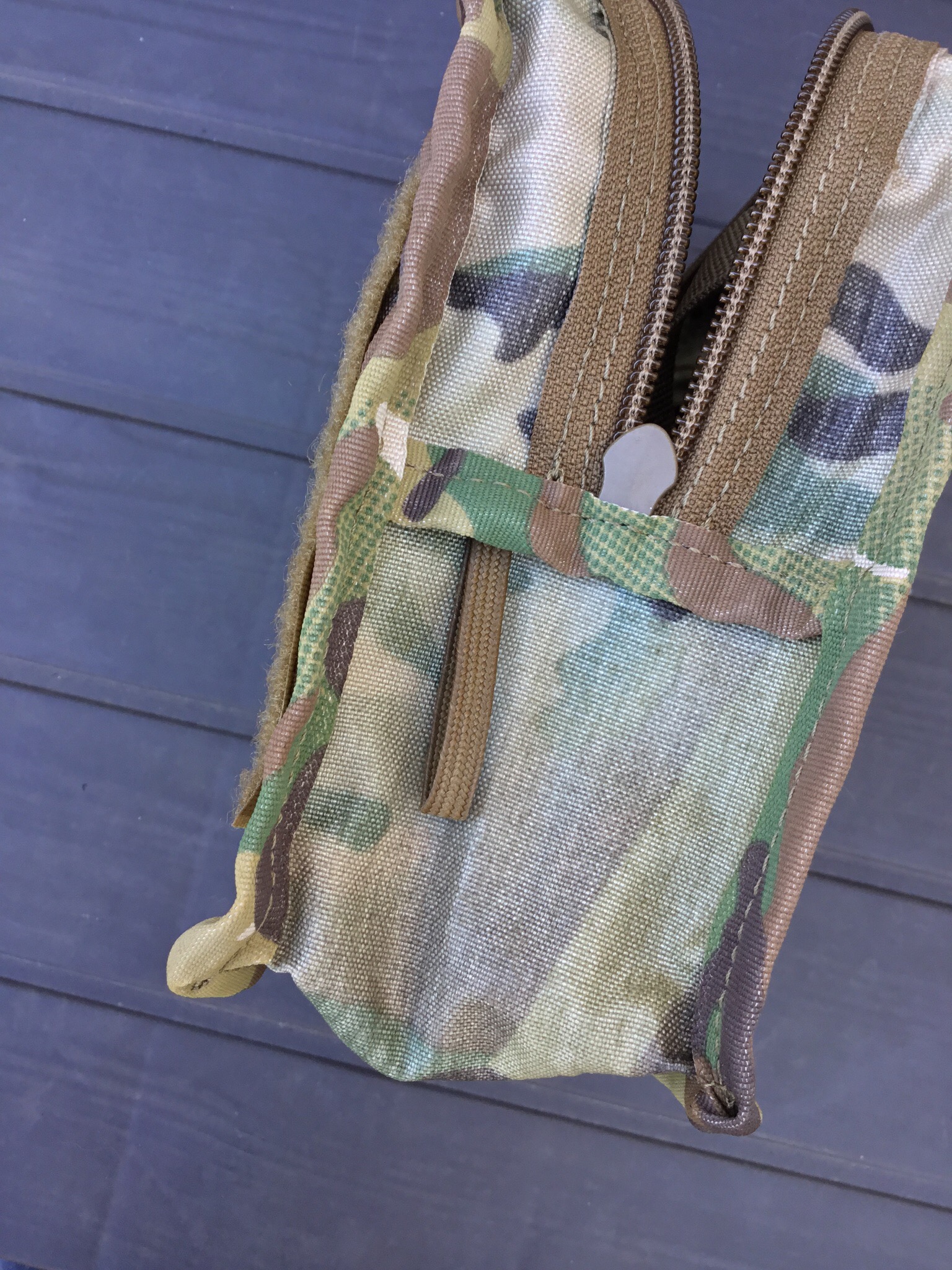 Another great feature are the lanyard loops at each end, inside the main pocket. One loop is a gift, but two? It’s well thought out and gratefully received. 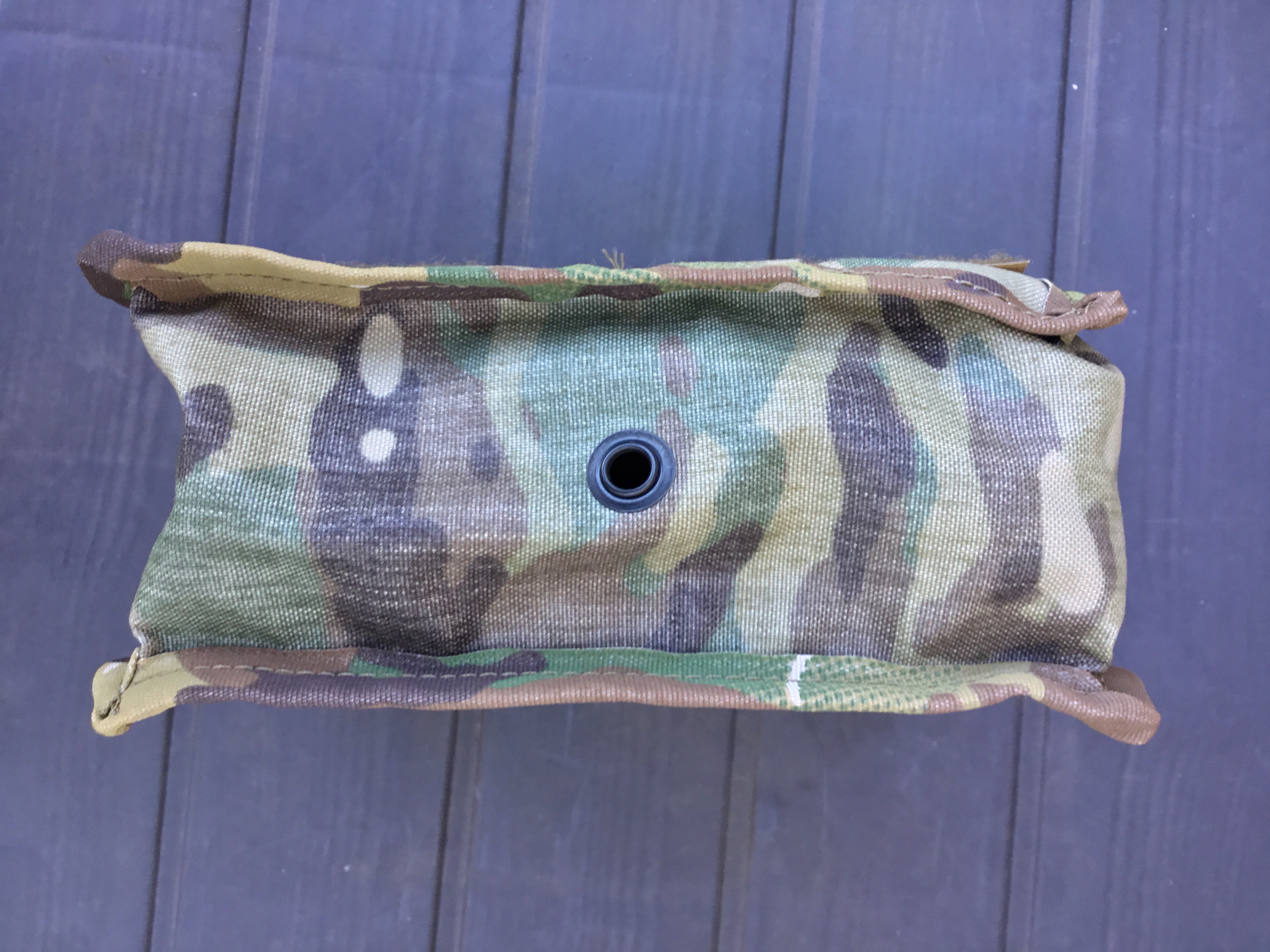 The base incorporates a sizeable drainage grommet.

Now onto the money shot…

I purposely stuffed-out the main compartment and put a bang in the front zip compartment. See the outline? 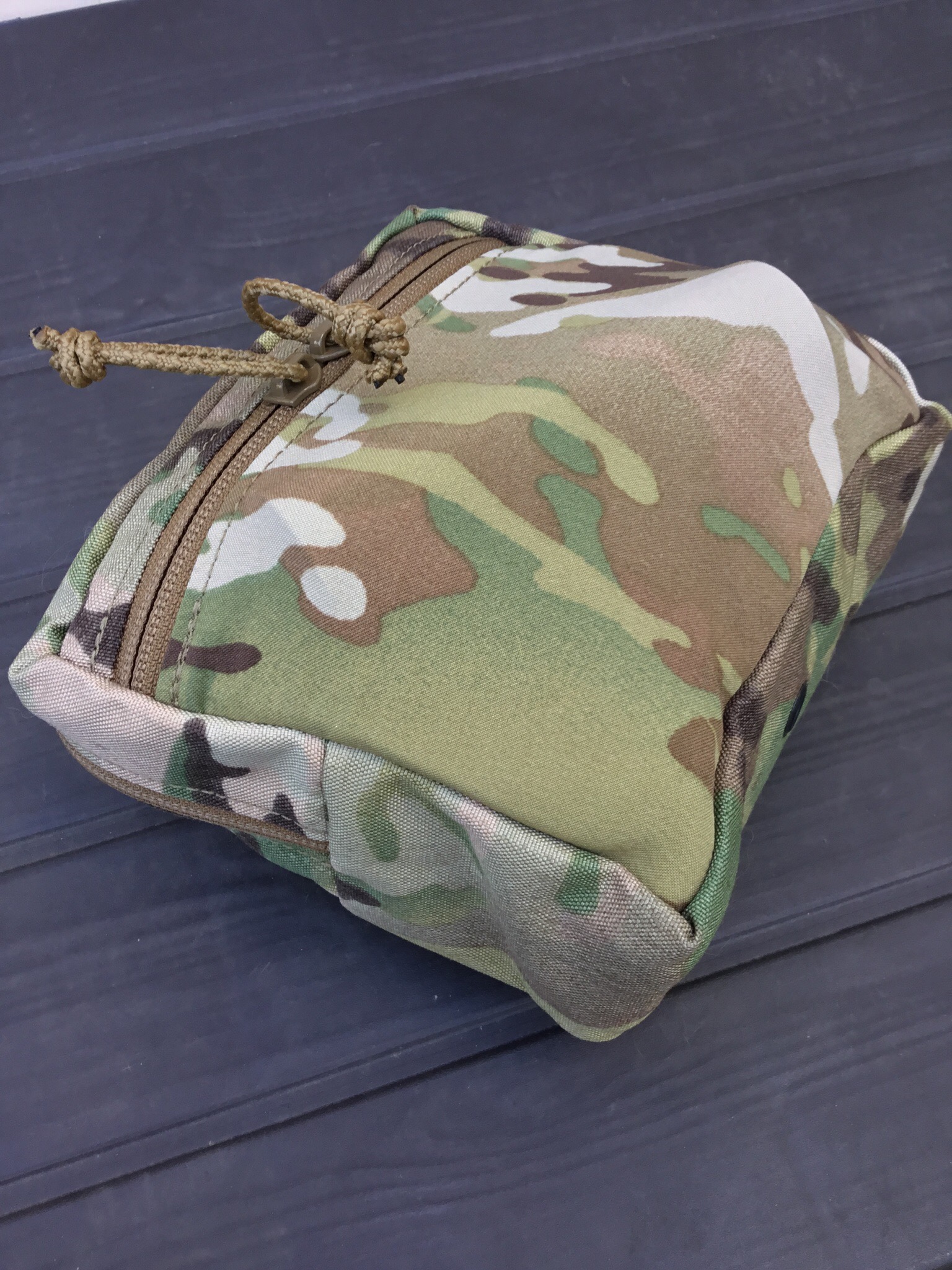 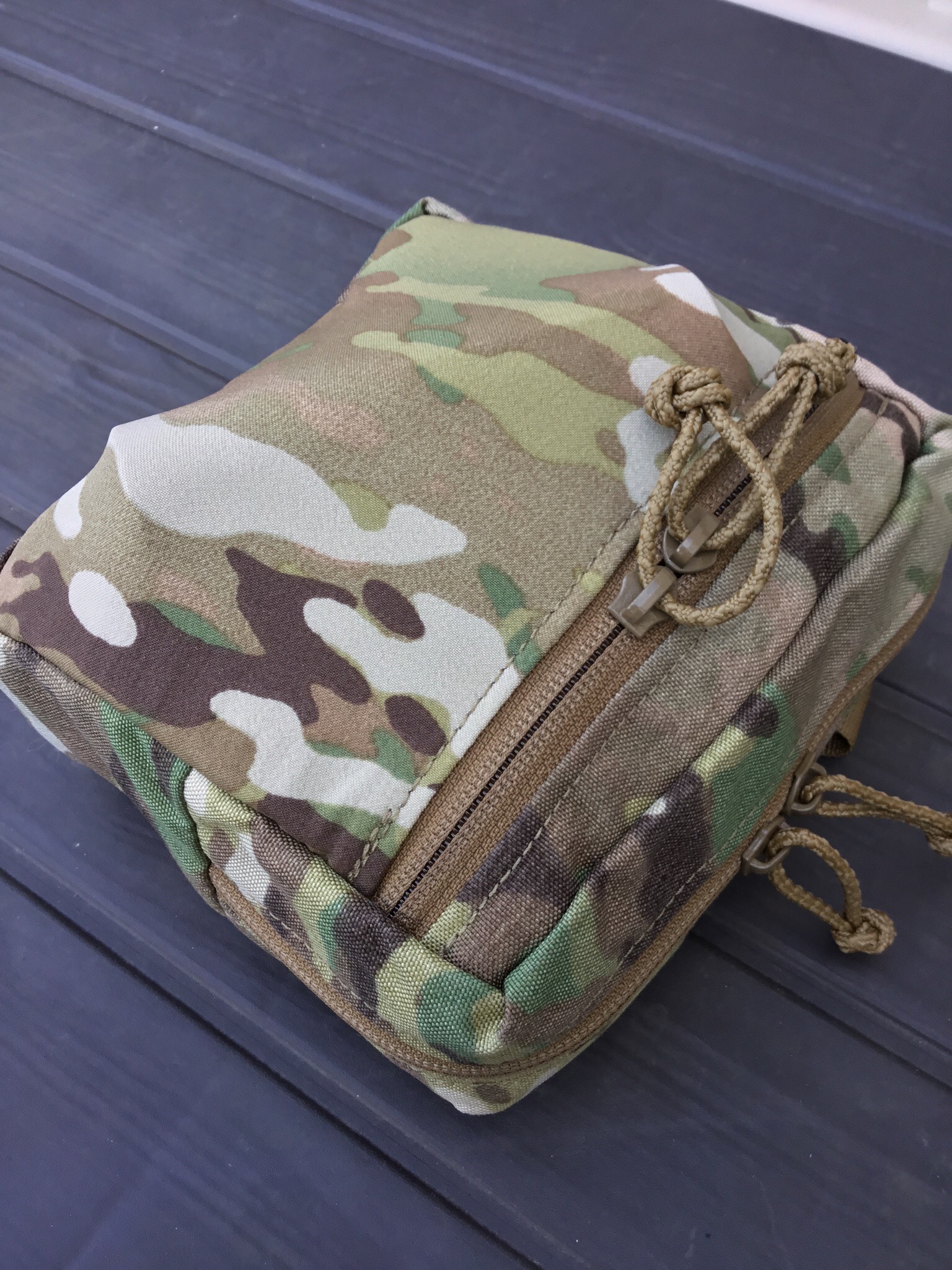 Rather than pushing back into the main pocket (and thus robbing space) the content of the front compartment is allowed to push outwards; by a dynamic, four way stretch panel (commonly known as softshell).

So now you can shove irregularly shaped items into this stretch pocket, without compromising the space utilisation of the main pocket.

As for the fabric’s abrasion resistance, it isn’t going to be as high as Cordura. But it’s very similar to the softshell panels on Crye’s G3 Pant (my review here) and I’ve not managed to snag those.

It’s rare for me to review something and not make a recommendation for improvement, and I hope that shows just how highly I rate this product.

If I’ve not persuaded you that this is a best in breed GP/utility pouch, I really want to know what you’re using instead.

And whether you’re on drugs 🙂

Want more Spiritus Systems reviews? You can find a whole list of them here. The list is updated as more reviews are published.