The final instalment in The Specialists Quadrilogy and what a series it’s been. When the concept was conceived, I had no idea of the impact it would make on the blog’s readers.

I’ve had messages from all over the world. Many of which have been along the lines of:

“When is the next instalment dropping?”

Of a more philosophical tone, I had a message from someone in the milsim community who I have a lot of respect for. They penned this perspective, but asked to remain anonymous for reasons which will become clear:

A lot of people ask me what’s the difference between milsim and this new thing – ‘realsim’. A lot of milsimmers are hearing about it for the first time through your blog. I just thought it was hype 🙂

I honestly didn’t know the difference between milsim and realsim before I started reading the articles you’ve done like the ones on HADES and SOE and event reviews like the HTIS one. I think what EXO is doing puts the cherry on top. Their organisation is just one of the ways in which realsimmers are leading the way; further evolving what milsim started.

Realsim is hyper-realism. It’s not just about your impression or ditching hi-caps anymore.

Now I simply say to people, “If you want to know about realsim, follow The Reptile House…”

I need to have a serious talk to my own team about reorganising so we can up our game, as well as choosing more carefully the 24-36 hr events we attend. But, I also think we need to start attending more walk-ons like the EXO elements do – because I think we’ve become disconnected from the very heart of airsoft.

Seems to me realsim teams don’t have any pretentions. The EXO guys are as humble as they are inclusive.

Funnily enough, the words ‘inclusive’ and ‘humble’ are always mentioned in the same sentence when anyone outside TF EXO speaks of them.

The TF EXO guys aren’t just specialising, they are doing something rare: organising themselves into realistic, task-orientated elements. In a hobby where everyone wants to be an assaulter, that’s a selfless thing and it’s how TF EXO is more than just a sum of its parts.

On to today’s finale and we meet Audvin, who is representing Arquebus Control Team…

Hello Audvin! Welcome to the blog! Tell me about Arquebus.

It all started back in 2014 I believe, when I stumbled across a few photos of CCTs with lots of radios on an airfield. Since I work as a Telecom Tech for a major US oil company I naturally find radios interesting and thought I might want to incorporate more of my day job into my hobby. That being said I’m not the most knowledgeable guy when it comes to radios, and a lot of amateurs are quite frankly a lot better and more qualified than I am. there are a few select radio types and functions I work with, and the stuff we use for airsoft just isn’t anything like that. 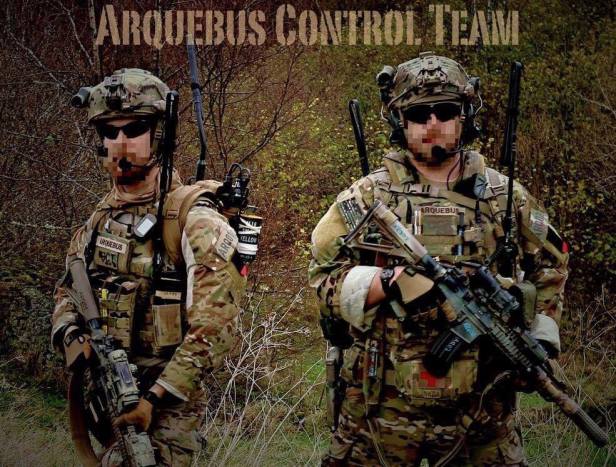 I’ve played airsoft for 12-13 years and in that time have done a whole heap of impressions. Stuff like the random Sunday-skirmish kits, early 5th SFG, Rangers, WW2 era 82nd Airborne and my personal favorite; IDF Duvdevan. When HHK first came out (no pun intended) I loved the dedication. I also snarled at them because previous attempts at getting similar teams up and running in Norway always ended up dividing the community and causing a bad atmosphere.

HHK went about it differently. They where inclusive, kind and humble from the get go. It made me hungry for the same level of perfection. But HHK was located 485km away. The only logical option was to start something by myself. 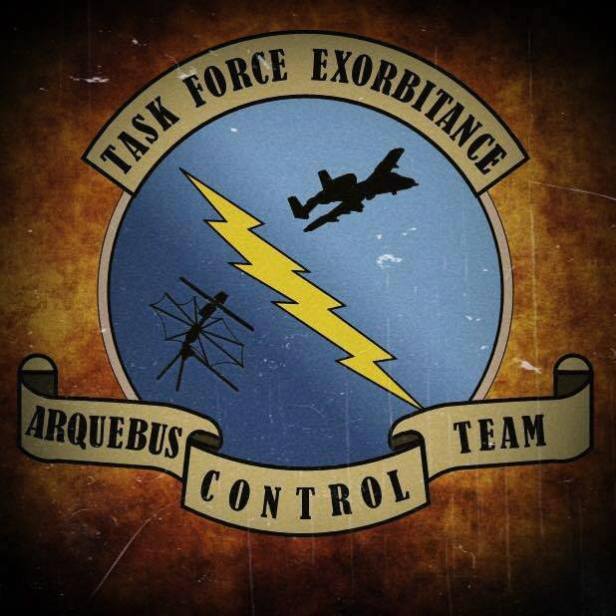 Now I had to choose what/who to replicate. I’m a rather tiny guy. 176cm and about 60Kg. Obviously I’m no doorkicker. But I’ve got a big mouth and I work in the telecom field, as I said. As mentioned I came across these cool photos of CCTs on an airfield with a bunch of radio equipment and that really got my attention. I also already owned a lot of the gear they were using. The gear was mostly the wrong colour but I went with it anyway. A quick Google search on CCT told me they worked in small teams, just one or two guys, and that was perfect given where I live. My first thought was to ask Viktor (ARQ02) if he wanted to join – even though he was in the process of making a Marsoc impression. I told him about my plan and that it’s more fun to do impressions with friends rather than building an awesome kit and having no-one to milsim/realism with. 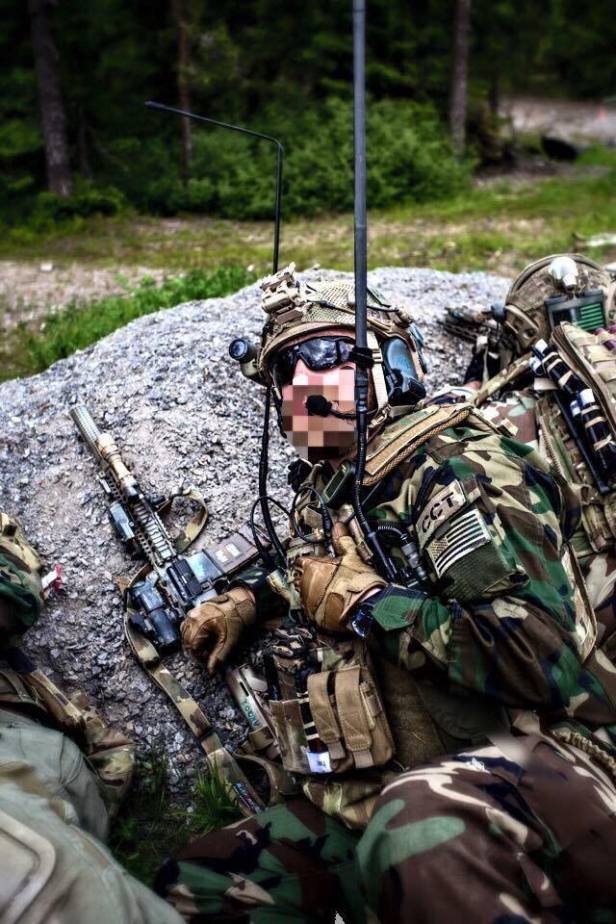 We then had to choose a name and that’s when Viktor came up with the idea for Arquebus. The name is actually the callsign used by a local man called Sverre K. Andersen during WW2. He was an agent for the SOE and manned a secret radio-station out in the countryside.

We started to work on a kitlist and since we didn’t do enough research (note to others) we ended up mixing the roles and equipment of both the CCTs and TACPs. Now we know better and our kits are still evolving; but the basis works for us even though it might not be quite up there with the best when it comes to details and such.

Once ARQ was born I had a chat with Ola (HHK) and Tasgeir (Hermes) on Facebook (like so many times before) and we talked about how cool it would be to put our teams together and participate in larger events. We all agreed that it would make sense, since the teams all focus on different tasks. That was the spawning of TF EXO.

So, in TF EXO our role is that of communication. We are supposed to be the link between our elements and HQ. Seeing as HHK is such a large team, they have the ability to divide themselves into smaller elements and in such cases Viktor and I will link up with separate elements just like in real life. The goal is to fit seamlessly into each unit as an extra rifleman, while adding long range communication. That has not always worked but we’re working out the kinks and things are getting better each time we play together.

Is there any specialist training involved with the Arquebus’ role?

Radios, radios radios. We constantly try to heighten our understanding of how the different radios function and how to best utilize the potential. As I stated earlier there are plenty of people in the community with more knowledge on the subject then us and we always strive to better ourself. We’re both in the Norwegian Civil Defence as well where we’ve had to undergo a few radiocommunication courses and that helps a lot. Other than that we were lucky enough to get in touch with a US Navy JTAC who also plays airsoft and had a few Skype sessions with him about 9-lines and CAS (nothing TS or Opsec) and we learned quite a bit from that.

Everyone wants to be an assaulter. Why choose a different path?

Two things. First: the allure of doing something that not everyone else does. Let’s face it; everyone wants to be Delta or Seals.

Second: It was more practical do something that does not require twelve guys to make it believable.

How does Arquebus’ role change at more casual skirmishes?

A lot. The need for comms at a casual Sunday skirmish is pretty non-existent since we rarely exceed 10-15 players in our area. Instead we focus on the social aspect and try to have fun with whoever is there, whether it be milsimmers or speedballers.

What guides the Arquebus’ loadout?

As I mentioned earlier there was quite a bit of confusion on our part as to what CCT actually was in the beginning. We got CCTs, TACPs and normal JTACS mixed up and the first kitlist really reflected this. We have since tried to get more of the actual CCT aspect down, but certain flaws still linger. Unlike the other teams, we never chose a specific unit within AFSOC CCT to replicate and that has given us more leeway to choose the bits of kit that work for us. But it’s safe to say that the radio equipment is what really guides the loadout. Do we have enough? Does it function in the intended manner? Ease of use? All of those questions are constantly being asked and changes made. Obviously we’re not operators and thus have to make changes to make it work for us.

Does Arquebus standardise on an airsoft weapons platform?

We use Tokyo Marui M4 NGRS rifles tricked out in a modern AFSOC Block II style. Since the rest of TF EXO also uses the TM NGRS M4 or 416, a fresh magazine is never far away if one runs out.

What is the most useful kit you carry as individuals?

Radios! We have TRI PRC-152s, a TRI PRC-117G and a few Puxxing 888Ks for backups. After that I would have to say our rifles. No matter how well we use our radios, in an airsoft milsim/realsim event, more barrels towards the opposing team is always good.

In short; limitations. Limitations on ammo, information and butt-ins by the game masters.

And, of course, comprehensive medic rules which pretty much rule out the ‘high-five’ buddy heal 🙂

Massive thanks to Audvin for words and pics and for making the final installment in the quadrilogy something very special. Additional photo credit goes to Roar Stene – thanks again, Roar!

From my point of view, this series has been an awesome experience with all parties giving freely of their time and working really hard on their content. Not only that but it’s been a real team effort, with members of each element helping me and advising regardless of which particular element was being covered at the time. So, a huge thank you to everyone involved – including behind the scenes facilitators: Joe and Ola from HHK.

Keep up to date with TF EXO’s exploits on Facebook, where you can also find HHK, Hermes, Trident and Arquebus. Hopefully Sky One can be persuaded onto a Facebook page of their own soon 🙂