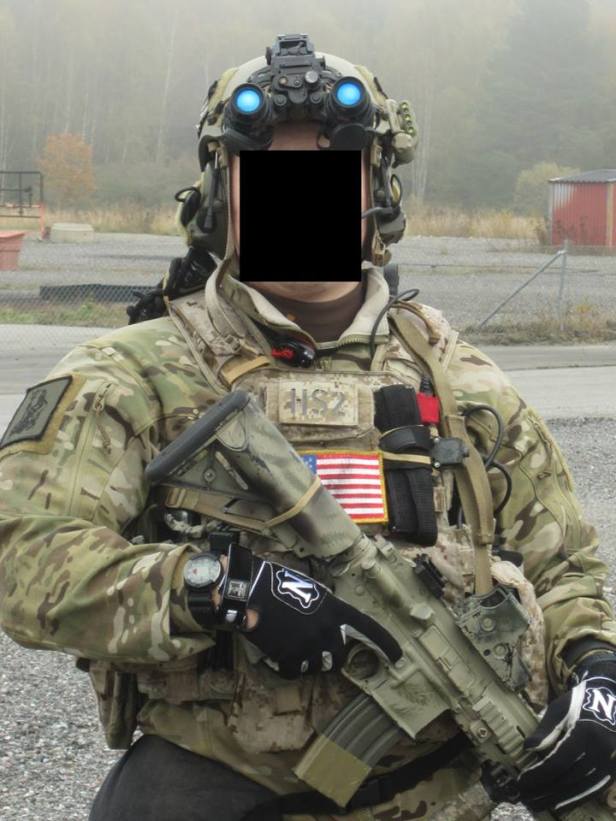 It’s that time of year in Sweden. Long days, cold beers…and dancing around the maypole…

However, always more Wicker Man than Midsommarstång, Freddie from HADES has put aside his herring, boiled potatoes and schnapps to give me the lowdown on #HADESTIME !

TRH: Tell me about HADES.

TF HADES or just HADES now, spawned in the waters of Task Force Jawbreaker (TFJ). TFJ was a collaboration with fellow geardo teams in Sweden, creating a 30+ member strong group to attend games with. Starting (back in 06-07?) with the core of TF46 which was a group of hardcore collectors and impressionist, more and more teams were attached and TFJ was born. As always, there will be different levels of dedication (correct gear and the will to pull your own weight and be an asset to the group) when a large number of people come together and after a couple of years, 3 of us got fed up and decided to start HADES. The number of active members varies from year to year but I’ve been going strong since we started.

Good question, don’t really know why it just happened. Might have been because you often saw pics of SEALs with their “fucked up” unconventional loadouts and that’s something that really speaks to me. Got in to gear collecting over 10 years ago now and in the beginning I bought everything I could get my hands on…

Now 10 years later studying reference pictures, the taste is refined and I know exactly what I want. Made some friends along the way that share information/pictures, gear and are happy to answer questions I might have so it helps. Growing up watching movies like The rock, Under Siege, Navy SEALs etc., might have helped too 😛

The standard for Milsim has been diluted beyond recognition and nowadays, everything is milsim this, milsim that…As a result of milsim becoming slinging plastic in “realistic gear” and the standards dropping, realsim became the natural evolution. Realsim focuses on realistic military operations and missions first and foremost and not slinging plastic. It puts more responsibility on the players to be more mature and weigh in the consequences of each decision your team makes. Some events you don’t even fire a single BB and still accomplish your missions with success.

IMHO one of the best organizers of realsim is our longtime friend Anton and his Pandion games. So if you are interested in coming over here, we recommend Pandion and if you are a solid dude or dudes, we can always do a co-op together so you can experience #HADESTIME.

How, in your opinion, have Swedish teams earned their top drawer reputations?

Attention to detail. Most of us do our research before putting anything out, same in the real life 😛

Airsoft is for the most part not looked at as something positive here, due to people associating it with gun lovers etc. so most of us keep it on the down low anyhow.

I love your #HADESTIME pics on IG, because they look so realistic. How do you go about composing one of these pics?

90% of our pics are taken in-game which I guess helps making them look more realistic than staged. All too often staged pics looks awkward, stiff and out of place and the real dudes don’t stage theirs… 😉

Take a lot of them and take sneaky ones when your team mates are busy doing their thing.

Where do you sit on the picture perfect/performance loadout spectrum? Does photo realism always win, or do you adjust your loadout so it works for you during events?

The benefit of portraying SOF units is their freedom to personalize their setups to optimize performance. Personalizing our gear is something we are big on and encourage other people to do. There is no reason to run a generic kit, or setups just because the picture you take inspiration from or copies of it depicts it that way.

Everyone is created differently, with their own preferences and abilities. So find out what works for you rather than copying the exact pouch setup pictured. It actually makes your loadout look more realistic and will improve performance. As long as you keep it in your frame of reference, go for it!

Remember, don’t over do it. Pick a role (pointman, breacher, sniper, assaulter etc.), do your research and stick with it. Not everybody carries the same equipment on a team. “Never forget that only dead fish swim with the stream.” 🙂

What’s your favorite piece of recce kit, which you’d encourage others to seek out?

Got to be a quality backpack (+65liters) for the 48h RECCE milsim/realsims, where you are self-sustained during the whole event.

Don’t go cheap thinking a backpack is just a backpack. Having one that’s built to live out of in the woods, and designed for tough terrain, could be a deal breaker for you to survive and make it through the event with good morale.

Been through a couple of different ones and Mystery Ranch stuck with me and works really well. Currently use the NSW specific M4 and M8 pack. Other good brands worth looking at are Granite Gear and the Bergans NSW SEAL Escape version for cold weather events.

Same question, but with regards to your DA kit?

Not DA-specific but NVG/NODs is my overall favorite kit. Once you go green, you never go back. They really enable you to get the most out of each event. Why go to a 48h event to sleep half of it away? It adds a whole new angle to the execution of missions and an advantage over your enemy.

Owned a lot of different ones, PVS14, PVS18, ANVIS and the PVS15s I rock today. Sure, some will say that it’s a lot of money but lets face it, many of us spend ridiculous amounts on BB guns, gear etc. Why not get a game changing piece of kit instead of that fifth rifle you still don’t end up using?

If you decide to go green, save your pennies and go for GEN3 instead of cheaping out and buy GEN1 or 2. No matter what the sales dudes are telling you, it won’t be the same as GEN3. 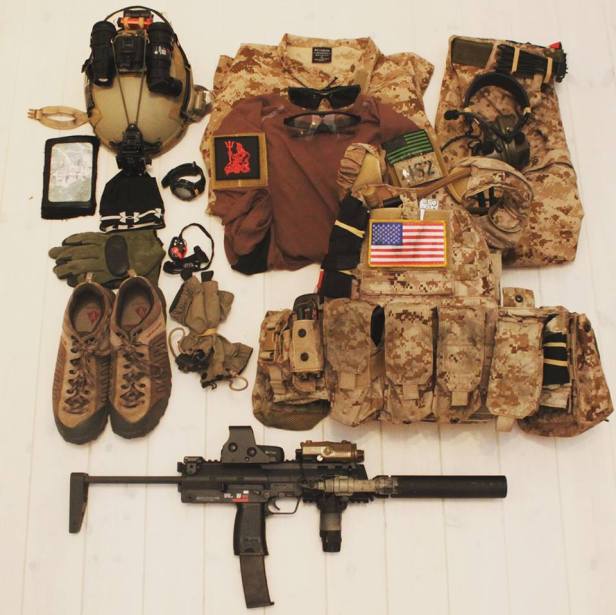 You regularly clear out a lot of awesome kit. Is it because you are constantly optimizing, or are there other reasons?

Main reason is that I buy a lot of gear, I mean A LOT! I am always looking for new kit to try, NSW related or not. I am a gear whore so I plow through a bunch of stuff each year. The other reason is that I can’t say no to a deal, if I know I can make a profit flipping it I am all in!

Got a couple of friends in different places and branches who offers me gear from them or their friends and are always down to help out with some extra cash so I get a couple of “care packages” each year with some pretty cool gear.

Hard one, they make some killer kit. If I have to choose, I’ll go with the Low Pro mount for 416. Been with me the longest(think it was my first SS piece) and rock solid, great solution all around! Other than that I really like the M-AX mount, Manta strobe, 3V SF hinge mount and the weaponlink molle to use with MP7.
Got a plateframe on the way and pretty stoked to try it out 🙂

Great paint jobs on the Eagle Eye 416 PTWs. I think I already know the answer to this: a little help with the weathering, or keep it real? 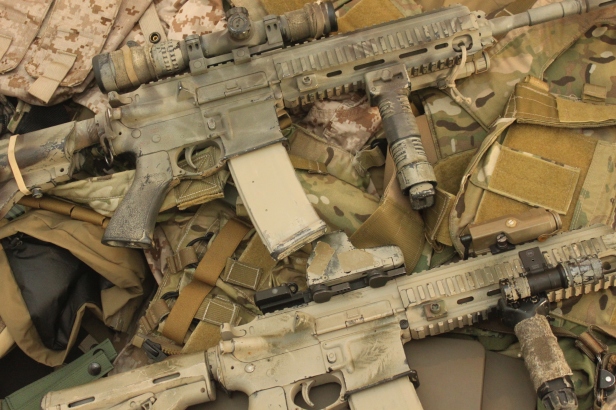 I’ve never seen fake weathering look realistic, so just keep it real. Run your rifles hard and the weathering will sort itself out. And for heavens sake, don’t “dust” them thinking it will look like the moon dust service rifles get. 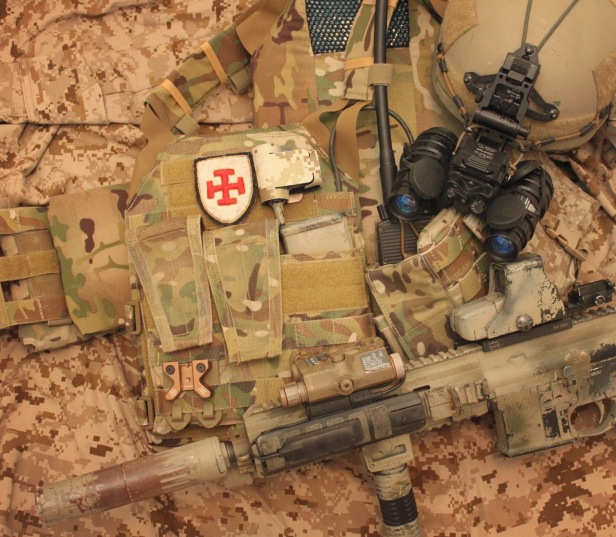 You guys manage to pull off paint jobs using local foliage, but which also fit with your impression. What’s the secret to an effective but authentic looking paint job? 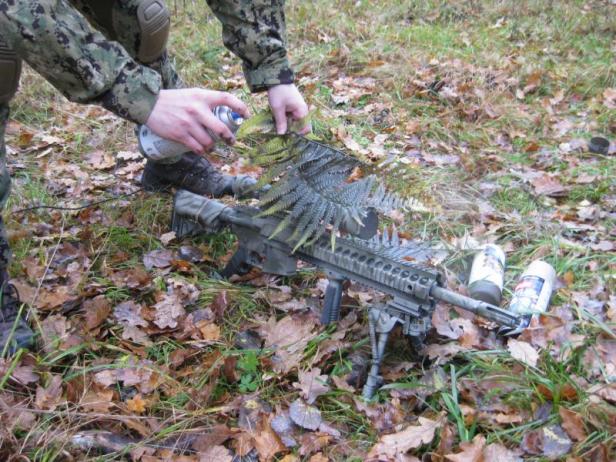 K.I.S.S. – don’t overthink it. It’s only paint and if you fuck up, roll with it and paint over. I usually paint the rifles(if needed) when we are on site and preparing for game to begin. Just grab some foliage and go to town.

Full base coat then layers of foliage and different colors, keep it light. Been using Krylon for the past 6-7 years, khaki, brown and OD.

If your choice of blaster wasn’t loadout-dependent, would you still adopt the 416?

Heck no man, my 416’s are heavy! I really like the MK12, CQB-R and RECCE M4 rifles so I would probably go with one of those instead but it’s just not as versatile(for different loadouts) and plausible for the rest of my gear. So I am stuck with the 416s and MP7. 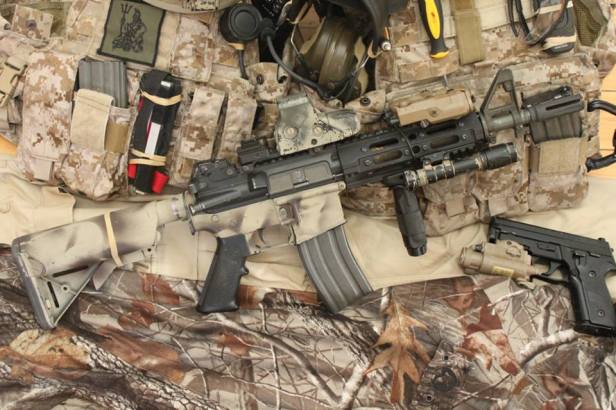 Why did you decide to shelve the SGT Remington RAHG in favour of the good ‘ol HK RIS?

To be honest it doesn’t fit my gear time frame at the moment. I’m working on a more modern setup where the RAHG will be the right rail to go with. So it’s making an comeback, keep your eyes open 😉

SGT did an amazing job with the RAHG and its bombproof!

You somehow end up at a walk on, without any gear. You’re given a rental gun with a hi-cap, so that’s firepower sorted (if you can remember how hi-caps work). If you could borrow one other piece of kit from a team mate, what would it be?