That said, the G4 Combat Shirt is a welcome and long overdue update with clever – if not overt – design changes. It’s also an excellent gateway product for those who wish to try out VTX, but have so far been put off by Crye’s lamentable promo pics; which have unfortunately persuaded many that the G4 Combat Pants are skinny fit. (They’re not unless you’re a waif, as can be seen in my ‘dad bod’ pics).

Back to that VTX stretch fabric and again, it’s the star here. Like the G4 Combat Pants, it allows the G4 Combat Shirt to be cut slimmer and that most palpably manifests itself in the fit of the shoulders and arms.

Add ergonomic patterning like raglan sleeves and pre-bent elbows to the stretch and the shirt moves with the user, with little excess flapping about once the cuffs are secured. 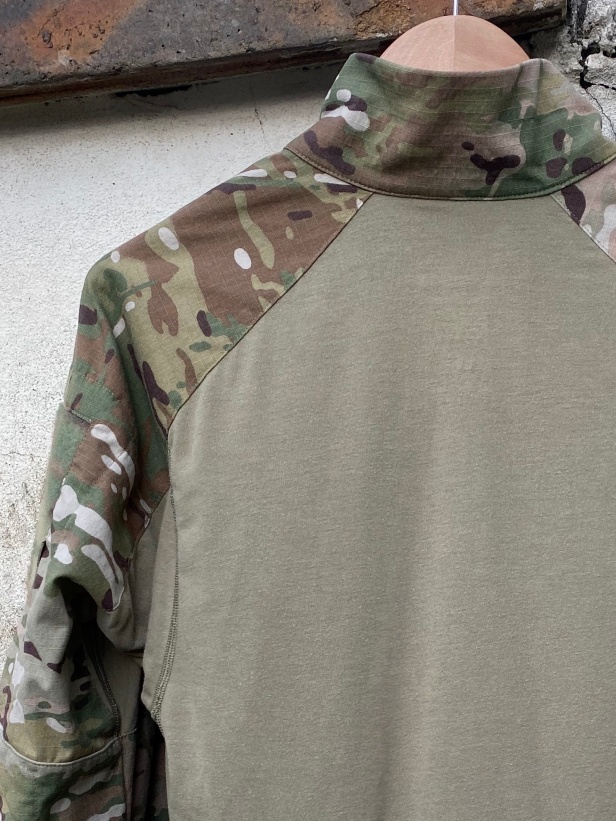 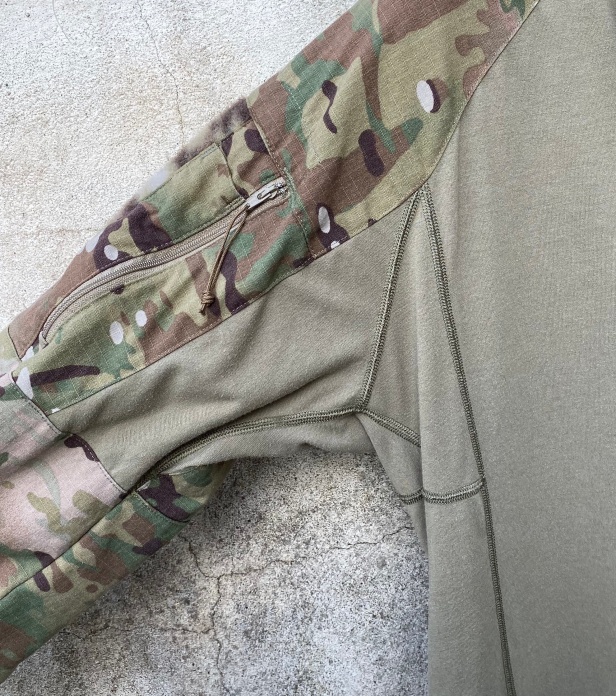 However, even here we’re not treated to the ‘wizard’s sleeve’ of the AC and G3’s unsecured cuff (even more pronounced in the Arc’teryx LEAF Assault Shirt). Notwithstanding, there’s still enough space to roll the sleeves.

Note that the shirt comes with a ‘shrink to fit’ health warning which requires one wash, to get it sized to where it should be. I’ve heard others stating their shrinkage took several washes, but with both my G4 Combat Shirt and Pants one wash was sufficient with no further shrinkage.

For reference I’m 6′ tall, with a 42″ chest. I’m wearing Large Regular and consider the shirt to be true to size. As for AC I take the same size, but in G3 I opt for Medium Regular (since for me the G3 Combat Shirt comes up big). 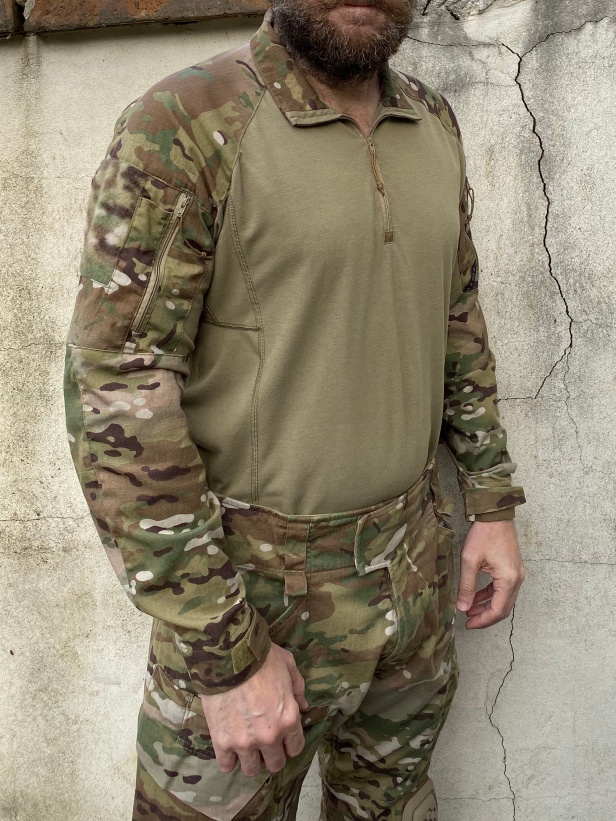 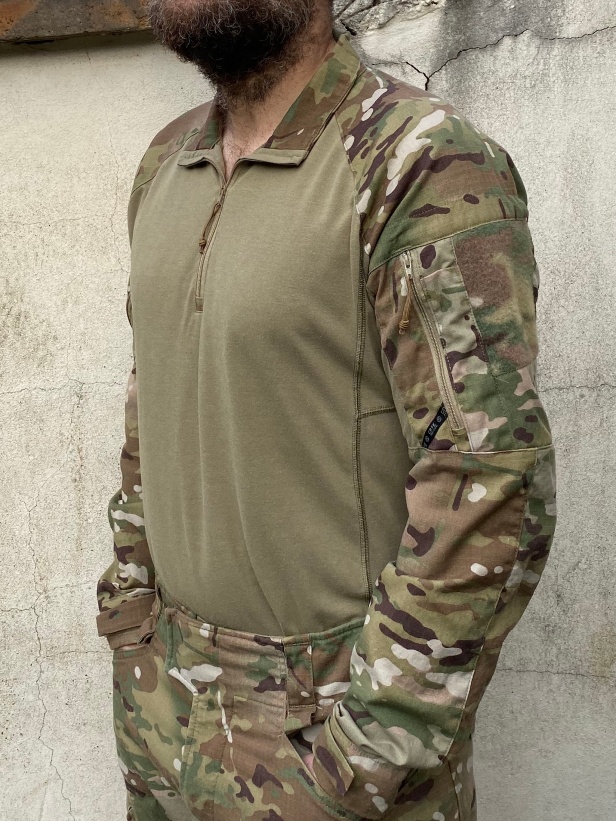 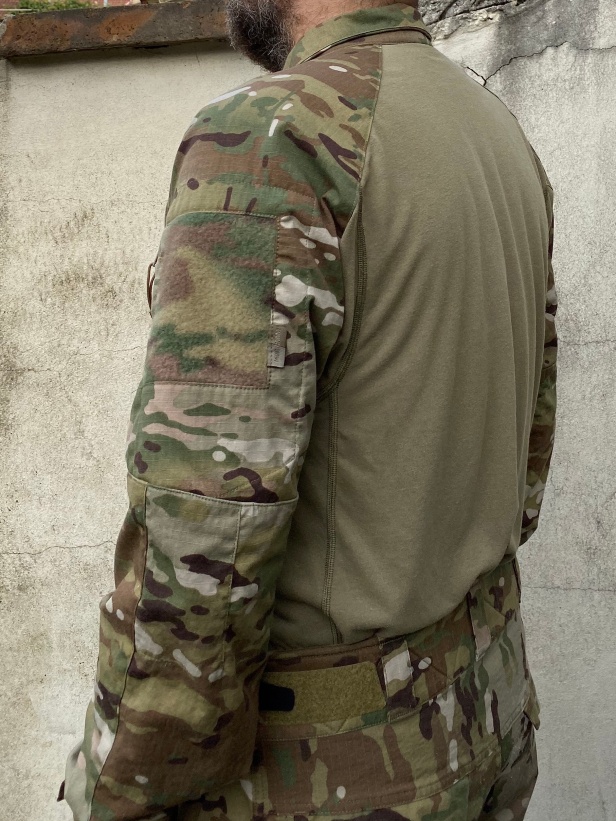 The shirt’s torso is mainly composed of Modacrylic and has a soft hand, but to all intents and purposes it isn’t hugely dissimilar to previous generations’ jersey fabric. Crye mentions that the torso is flame resistant, but of course I’ve not tested it.

I’ll now look at some other features which piqued my interest.

There’s a big improvement here in that the zip has a brushed chin guard on each side of the YKK zip. This configuration is becoming more and more popular in the outdoor world, so it’s good to see a tactical manufacturer following more closely behind than usual. 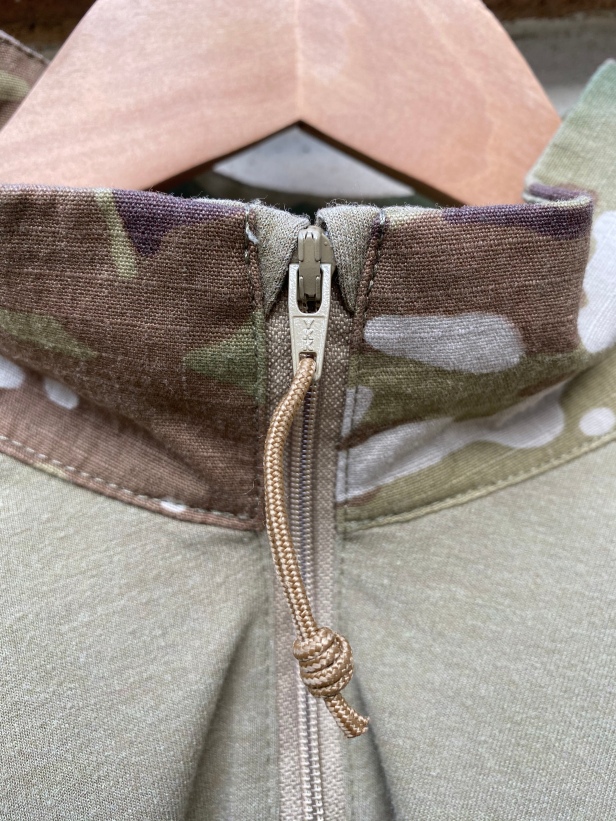 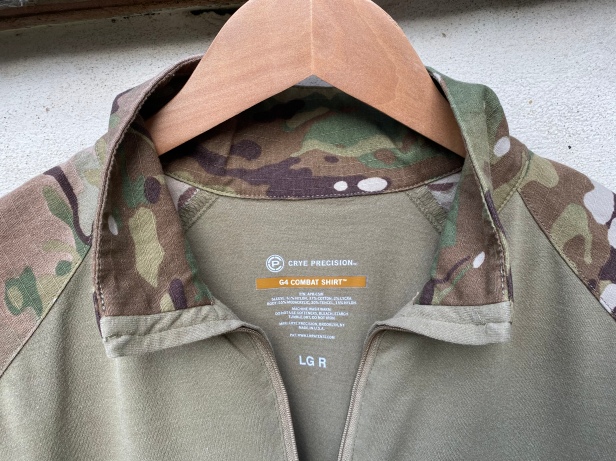 The shirt’s bicep pockets caused more than a little consternation when the first G4 pics emerged and force the user to think differently about their use.

Identical on both sides, the pockets are orientated in line with the arm and lose their bellows configuration from the outside. As such, they are ‘set in’ or conformal to the bicep surface.

Rather than a top end velcro flap, the pockets feature side zips (this is also the reason for the orientation change from G3). A pen holder is also in situ. Colour matched Velcro is also set in and this is a large, single field.

Looking at the pocket structure from the inside, we can see a lining of torso fabric. This means the pockets can be used for ventilation when unzipped.

Secondly, the bellows design has been moved to the inside. 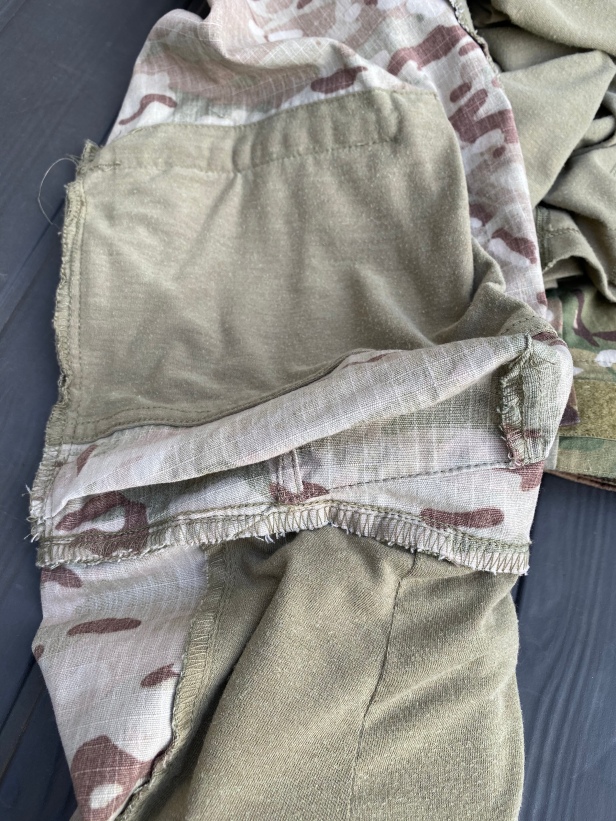 Another design change, which eschews layers upon layers. The elbow pad pockets are massively simplified and composed of torso fabric.

The rear of the shirt features a drop hem to help prevent it pulling out of your trousers.

I find the shirt to be more comfortable than Crye’s previous generations and it’s not just down to the stretch and ergonomic patterning. VTX is extremely breathable; much more so than the previous 50/50 NyCo and has a much softer hand.

That said, there could potentially be a commensurate decrease in durability compared with NyCo. Whilst it has so far not caused me any problems, I have noted surface piling since the first wash. Only time will tell.

Full list of Crye Precision reviews on The Reptile House