As I said in Part 1 of this series, I feel like Bruno’s cans are the modern take on Perr_Mike’s legendary dummy suppressors; arranged as they are in one contiguous unit, with no flash hider.

You just remove your existing flash hider and screw Bruno’s replacement can directly onto the barrel threads.

He knocks out these cans for about €25EU and for what they are they are really quite charming. Bruno sent one of each type to me for a look, both in RS thread for my steel HAO L119A2 barrel.

He also makes them with standard airsoft threads, plus a version with 0.5″ relief – to accommodate those with 10.5″ barrels (the L119A1 and L119A2 have 10″ barrels, so the 0.5″ relief means users don’t need to chop their barrels to look legit).

It’s also worth noting that Bruno has engineered some detailing inside of the can, which acts to moderate sound. 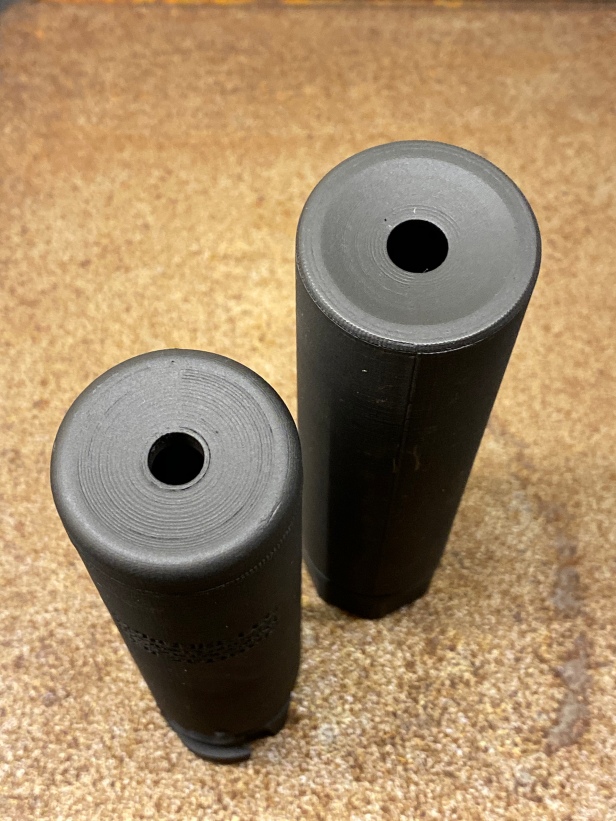 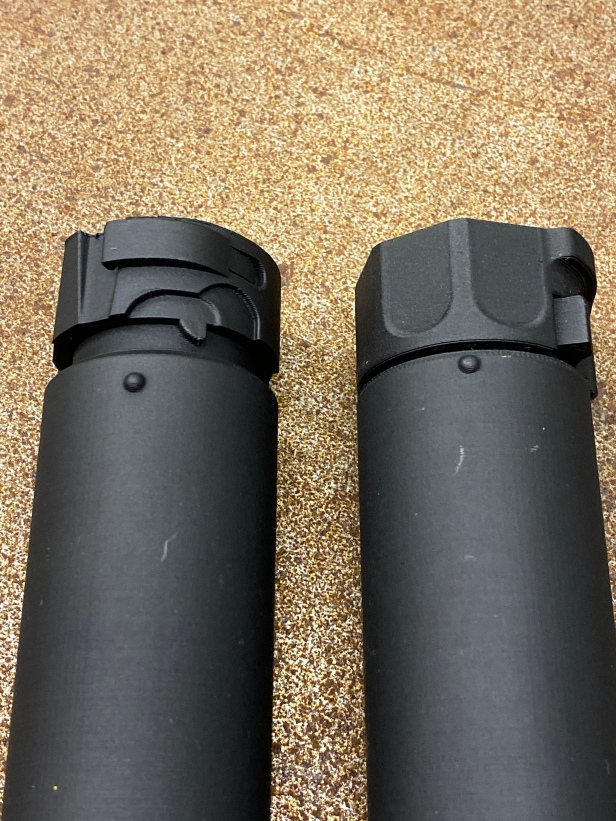 I know weight loss is an advantage for some, but that wasn’t my goal when I started this project. The goal was to add even more detail than the models available on the replica market, for the the chaps that want to make a legit A2 impression.

Sure, these cans won’t hold up to microscopic scrutiny – and that’s by design. For some, mould lines and other imperfections simply aren’t acceptable, and there are soon to be three other choices out there. Angry Gun already makes one alternative.

However, if you want more features you’re going to have to stick your hand a lot deeper into your pocket and undoubtedly accept some compromises from a different brand. 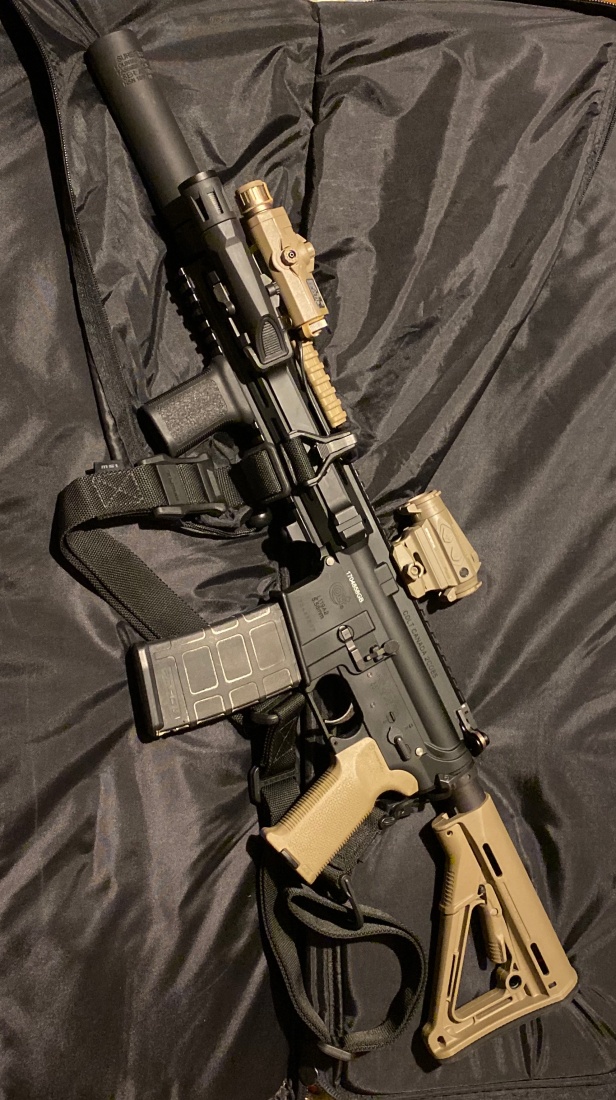 I really can’t fault Bruno’s concept for the price. It means L119A1 and L119A2 builders can get the suppressed look for less.

Notwithstanding, I was surprised at the solidity of the items – both as objects per se and when in situ on the barrel. It’s the question I’ve seen asked most on the groups, but I think I’m right in saying that so far no breakages have been reported.