All the legends are known by one name only. Søren is another such gentleman. Hailing from Denmark he’s a quiet, humble guy but his highly accomplished impressions loom large.

This article from May 2016 cropped up in a conversation with someone currently on deployment who: 1. is an RS clone blaster enthusiast 2. mentioned Søren’s 416 as inspiration for a forthcoming build 3. has been invited onto the blog to show off their own stuff.

Until then, I thought I’d refresh this article.

Søren – welcome back to the blog! Tell me about your current loadout…

I’ve always had a fascination with CAG/Delta Force so that’s what I’m doing and I find the 2006-2008 era gear the most interesting.

Mainly because they had to be more creative and come up with a lot of solutions along the way. 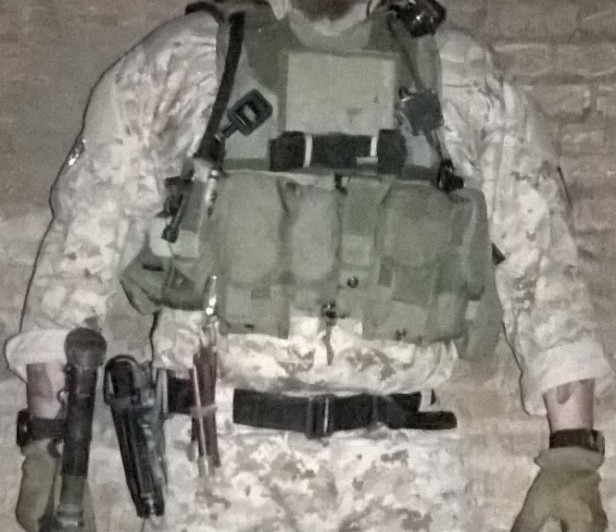 I guess that’s why I went back to the old gear.

I’ve had several HPC’s, but I’ve never been fully satisfied with the fit. I found the RAV too big and cumbersome, so I ended up with two different CVC’s.

The tan one has a RACK attached and is set up for a team leader role. And it is, of course, very inspired by the Spooner pictures.

The other and newest rig is a heavily modified Smoke Green CVC with the cummerbund from an HPC. It serves as a straight up assaulter rig.

The groin protector is a piece of gear that I’ve really grown fond of, as it allows me to have an easily accessible IFAK, flashbangs or pistol mags without taking up space on the vest. 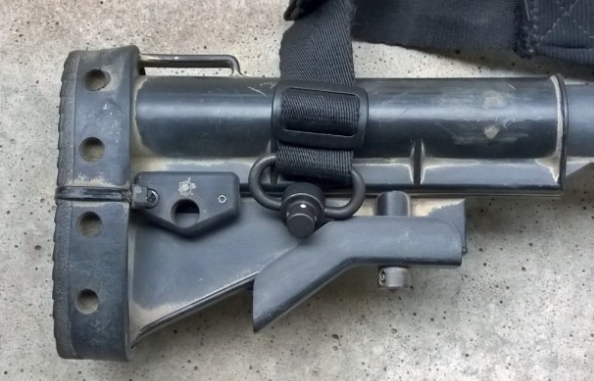 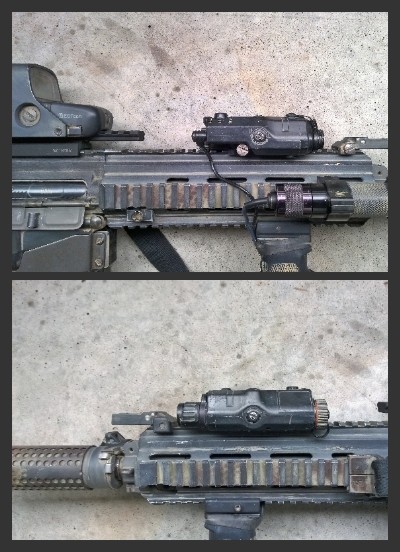 As far as the blaster goes, it’s an 07 Systema PTW with a fake bolt plate made from a VFC 416. There are a few details that I really like: the war torn gen 1 Redimag; the old style VTAC sling that I got off a Danish Jaeger; and the vertical split ring that holds the light.

I think they are great details which add character and depth to the build. 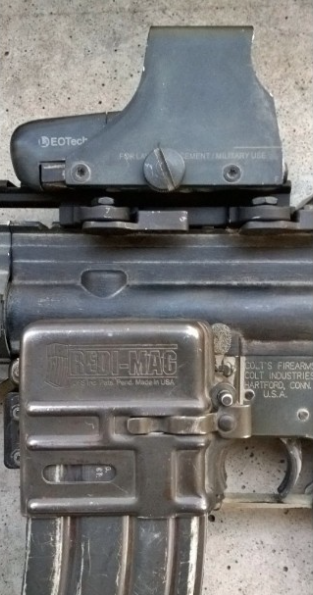 The gangster grip with the buttons came from several reference pictures. It’s made entirely of RS parts.

The red button controls the PEQ 15 and the black one goes to the light.

I included an on/off switch at the bottom to prevent it from draining the light when stored in a rifle case/bag.

The 416 itself is what they used/use so it’s a part of the gear not a personal preference. 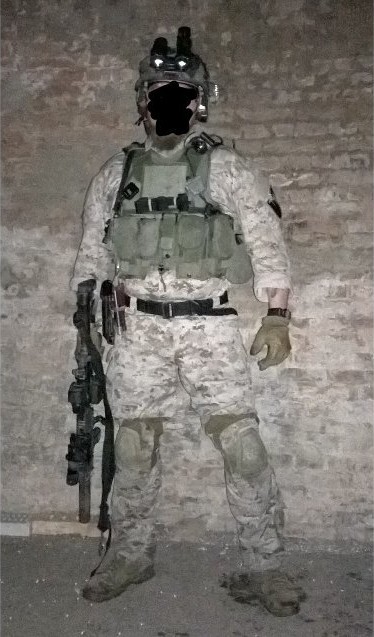