The pic below is perhaps the most famous image from Exercise Winchester Accord – a counter terrorism exercise conducted in the UK, during May 2016. Arguably, it’s also one of the best representations of a modern tier 1 UKSF loadout.

Three years have gone by, but this iconic pic still has enormous reference value. 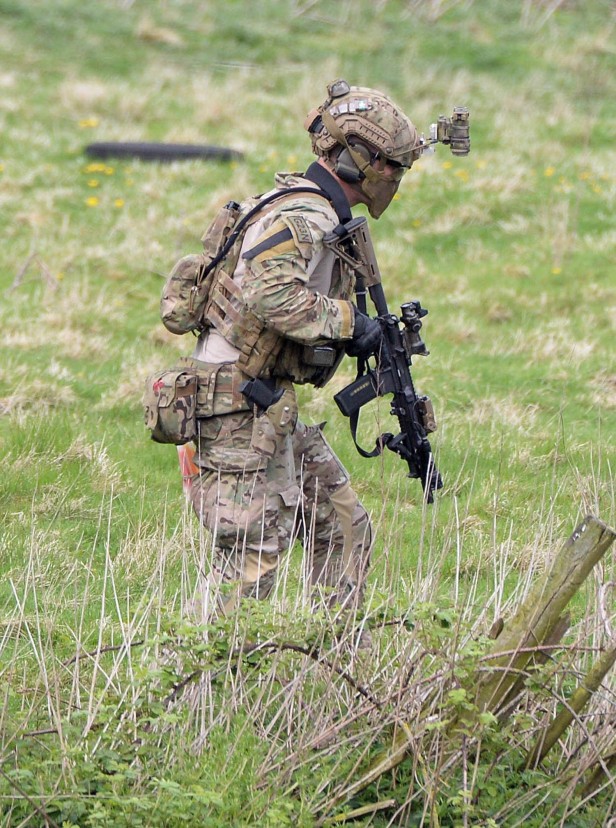 This is my personal breakdown of the trooper’s kit list, which I’ve used as a basis for my own impression.

This was the item which defied analysis for a long time: which utility pouch?

For some, the identification of BFG’s Large Utility Pouch may seem controversial; but I bought a few different ones to find out and I am as sure as can be about my analysis. As with all reference pic analyses however, there’s an element of estimation but until further images appear – from different angles – I’m confident in my hypothesis.

With my own BFG Large Utility Pouch as a comparison, note that my annotation with red lines matches that of the reference pic.

The scale of the utility pouch is also consistent with the reference pic, mounted on my JPC.

Lastly, I’ve modelled my own JPC, inspired by this pic: 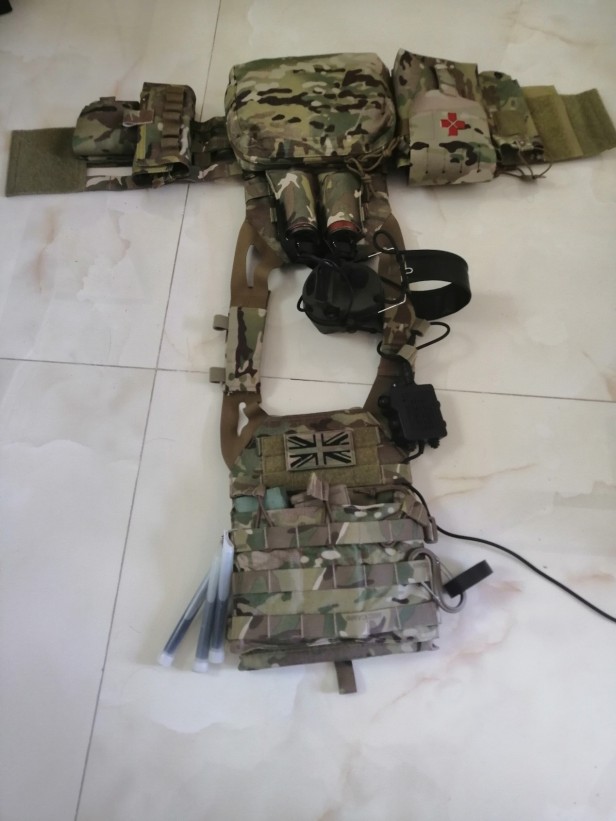