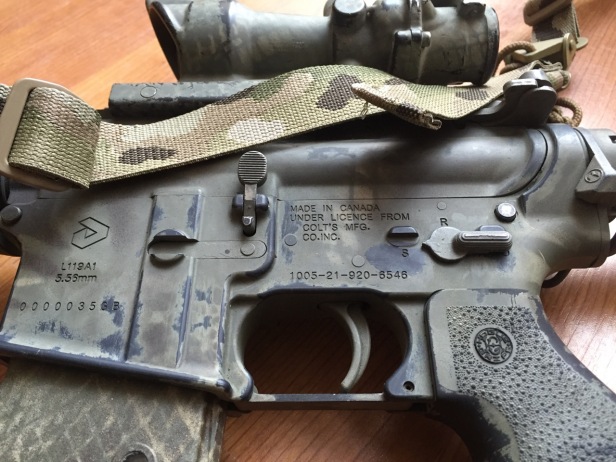 Many have wondered about Systema’s bizarre ‘Spaghetti Bird’ factory lower receiver trades. It’s supposed to be a phoenix flying from the flames, but it looks more like a seagull rolling on a bed of noodles. 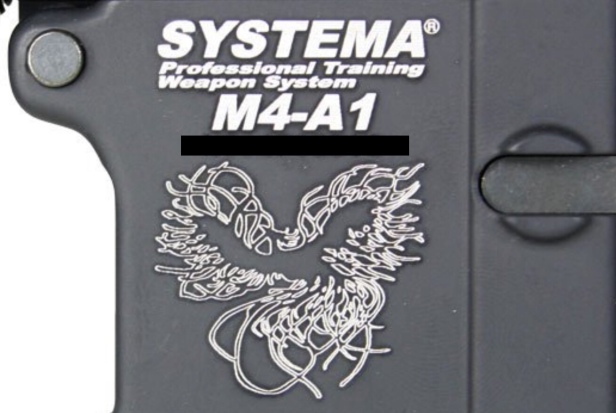 That’s one good reason to buy yourself a new lower receiver. However, my next guest – a regular contributor to the blog – had an entirely different reason.

Pay attention because there is a massive, massive jolt of fiery reality at the centre of this excellent piece from my friend Andy B (Tactical Optician).

The article first featured on the blog in April 2016 but deserves repeated reading. It’s also been revised.

This Systema PTW project holds a particular significance for me, despite it being born of a simple desire to emulate one of the de facto UKSF blasters of the modern era. The seed of this was planted in August 2014. 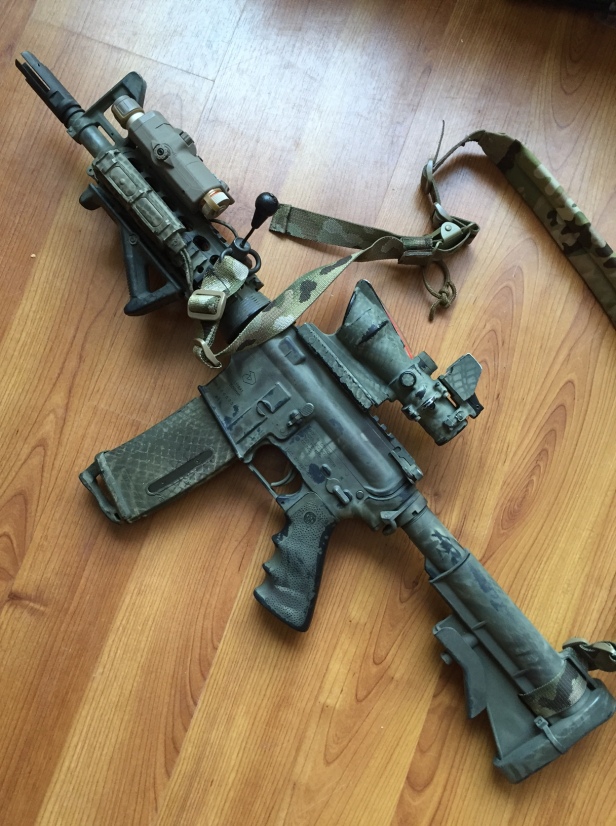 Before this, in 2013, after witnessing the wide array of accurate, well crafted personalisations in the Systema PTW world, I wanted in. And I wanted in badly. So as the HK416’s star was rising in a post-Neptune Spear world, I jumped on the NSW bandwagon and got cracking. My efforts were covered in earlier entries on this blog – just search for Tactical Optician. The L119A1, if it were to happen, would not be a short evolution, or an easy one. 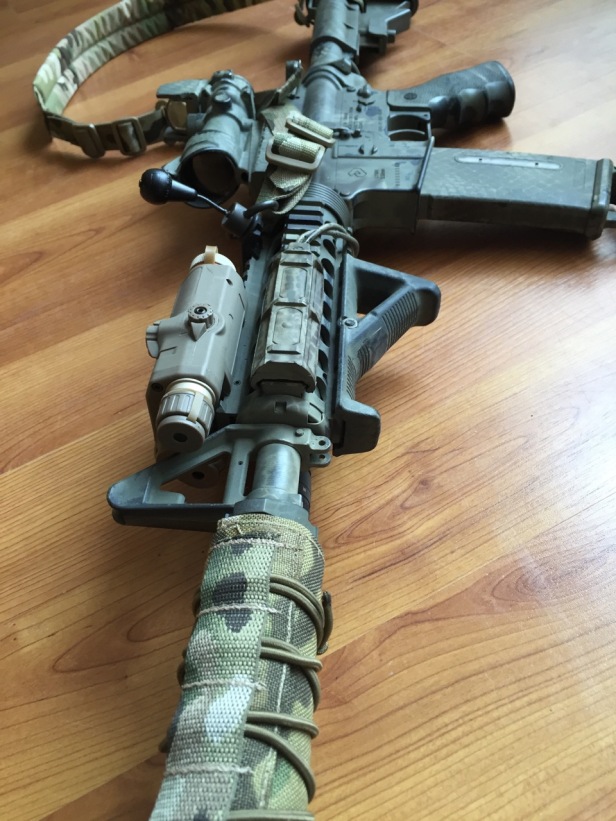 The trouble with customising is it becomes more than the means to an end. Gradually, for some of us, the journey assumes as great, if not greater significance than the destination. There is something very satisfying in the quest for information, photographs, evidence and source material. Combing the web’s numerous sites for the latest tidbit of information, PM’s to others similarly afflicted, and questions asked and answered. 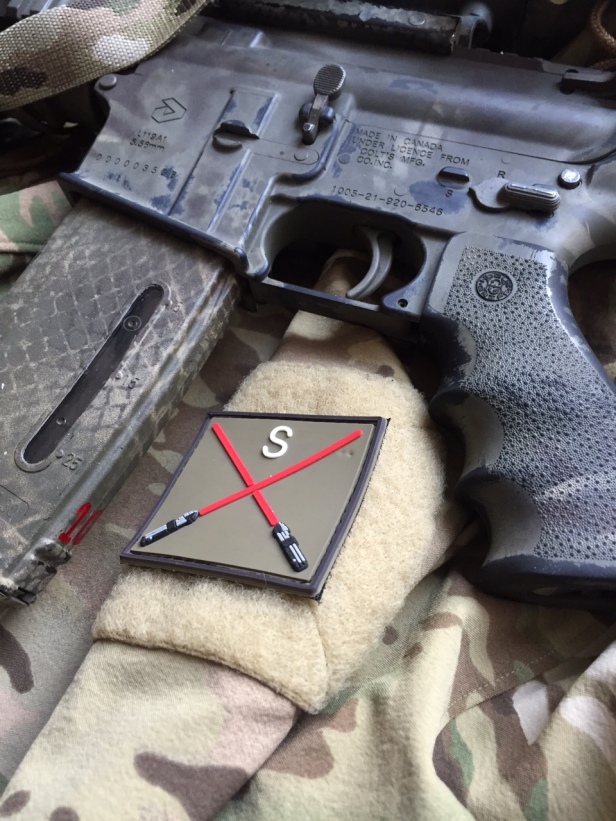 This is followed by the search for the correct parts. Acquisition, evaluation, dry leads, eBay sniping and ‘wanted’ threads lead slowly, tortuously to that last holy grail part to bolt on. This can in turn precipitate the need to switch or swap out another item due to an unforeseen incompatibility. And so the cycle, the evolution continues. The Grind is real, in the words of many online gamers. 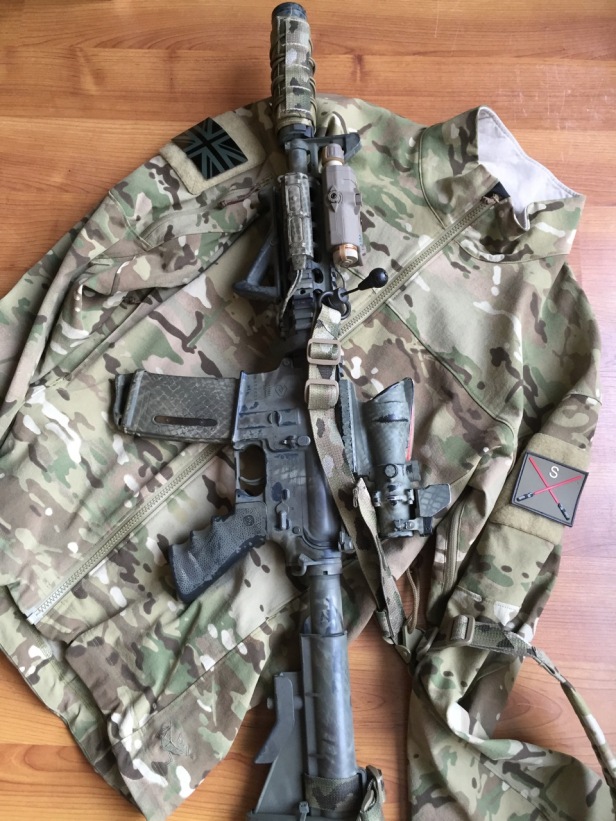 Far from frustrating, The Grind became cathartic, a focus, a welcome release from circumstance. In October of 2014, I was diagnosed with Hodgkin’s Lymphoma, a white blood cell cancer. Tests quickly confirmed that this was at an advanced stage, and would require a protracted regime of high-dose chemotherapy. By mid-October this began, and as my immune system was beaten into submission along with the disease, I needed other things to focus my mind on. And so the L119A1 build began. 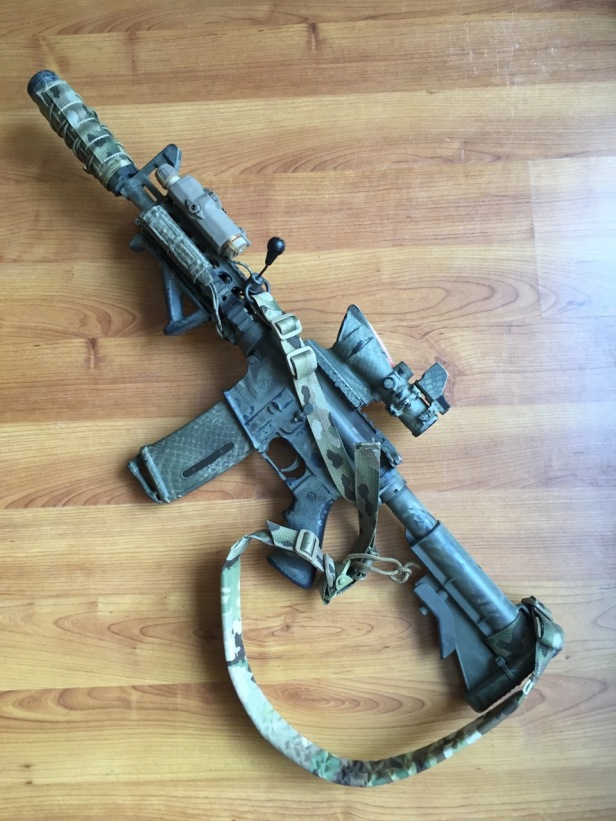 Over the next year, I gradually drew together the constituent parts, starting with a Prime L119A1 lower receiver, and slowly my magnum opus took shape. It was a tremendous help at a difficult time to focus on the build. I also witnessed how much the airsoft and tactical worlds leant strength and gave me something to aim for, and the means to compartmentalise. I was immensely grateful for the numerous personal messages from around the world. It was humbling. 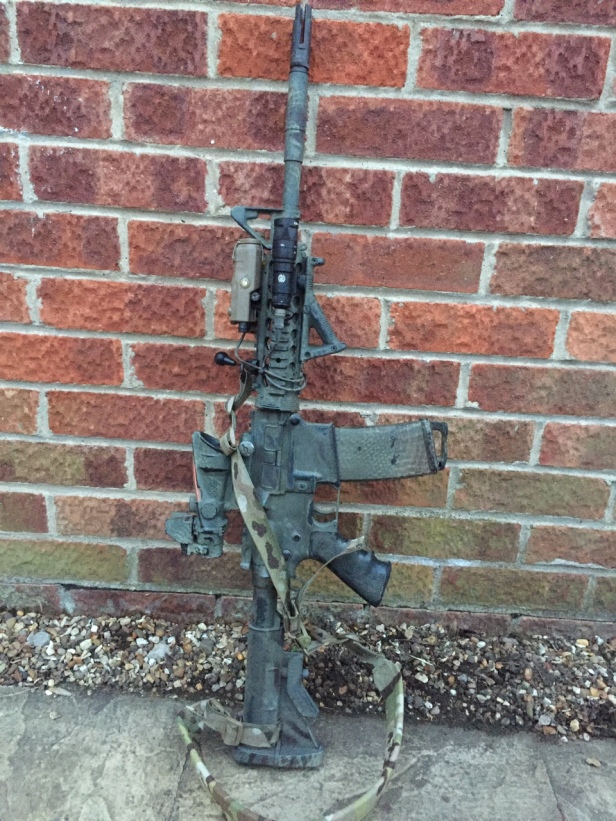 By April 2015, my chemotherapy had finished, and I was clear of lymphoma. I could look forward to rehabilitation, and to the completion of my build. The synergistic relationship between the two seemed symbolic. 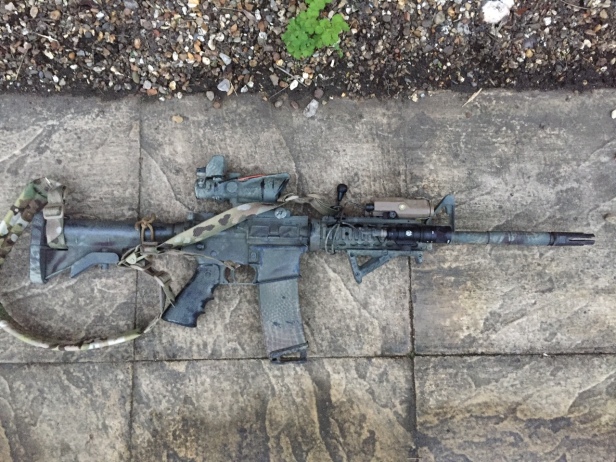