When I first saw pics of this upper – codename Ghidorah – I was speechless; which was lucky, as I was sworn to secrecy about progress with HAO’s L119A2 project as a whole.

For some, a tanodized L119A2 IUR will be seen as heresy. For others, it’s a bit of fun.

I’m not sure if the guys at HAO particularly care what taboos they break, or who – if anyone – they upset. I think they see themselves as outsiders, who are shaking things up a bit. A hungry, agile company, which is as passionate as it is strategic.

However, in the poster which advertises the tanodized L119A2 IUR, I think there’s a bit more to it than that – so let’s have a bash at decoding it.

The three-headed kaiju depicted is Toho Studios’ King Ghidorah – Godzilla’s arch enemy. I strongly suspect that pretty much everyone in Japan is aware of Ghidorah, thanks to Toho’s rich tradition of kaiju films based around the titular dinosaur (and yes, if you watch the very first Toho Godzilla movie, it’s clearly stated that Godzilla is a dinosaur).

On the other hand, Ghidorah is new and alien – disruptive and very powerful. Godzilla has never beaten Ghidorah without favourable circumstances and a lot of help from third parties, like giant moths or humans.

Does Ghidorah represent Taiwanese company HAO – as symbolised by their flagship product, the L119A2?

Is Ghidorah (HAO) about to fight Godzilla?

Whoever HAO’s Godzilla is, they can presumably be viewed as a dinosaur – behind the times.

If you look under the wings of the Japanese Defence Force (JDF) F15 in the foreground of the image, it is carrying – as armament – Systema’s new Type 89 PTW; it’s flagship product.

As readers may know from the Toho Godzilla films, the JDF is particularly ineffectual at fighting King Ghidorah. So, is HAO implying that Systema cannot stop them?

In the Toho films, Godzilla always wins in the end. In HAO’s alternative universe, however, who is to say the outsider won’t eventually win?

The other interpretation is that it’s a bloody big, three headed gold dragon advertising an upsettingly bling upper. 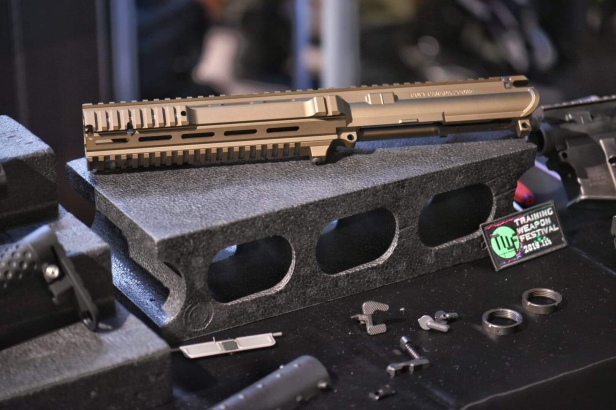