It was my great pleasure to speak to Brandon Woodland, who very kindly agreed to answer some questions about 4th Marine Raider Reenactment Battalion (4th MRRB or simply “4th”).

Brandon gave succinct, direct answers to everything I asked. No dithering, no nuanced answers, no skipped questions – just solid intel.

4th MRRB started out after seeing a MARSOC reenactment community that was largely looked up to, kind of disappear. 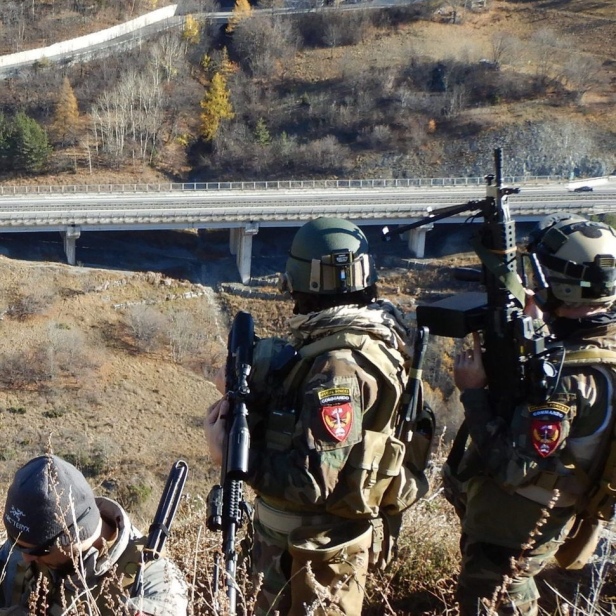 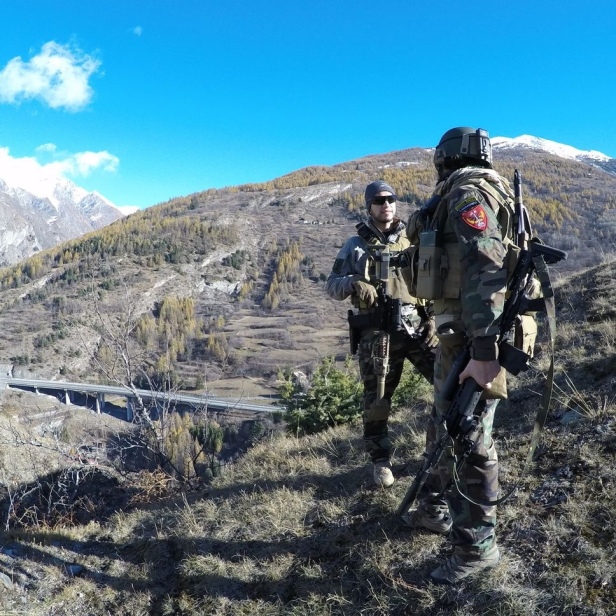 We started out with two teams. One in AZ which is now known as MRT 4011 and one in GA now known as MRT 4024. After that it was all about spreading the name. We began reaching out to independent MARSOC reenactment teams to recruit them to join us.

Slowly we began getting attention and grew larger, even to this day we continue to grow.

2. Where did the name come from?

The name was thought up by a few of the original members. We looked at the real Marine Raider Battalions and noticed there is a 1st Battalion, 2nd Battalion, and 3rd Battalion. 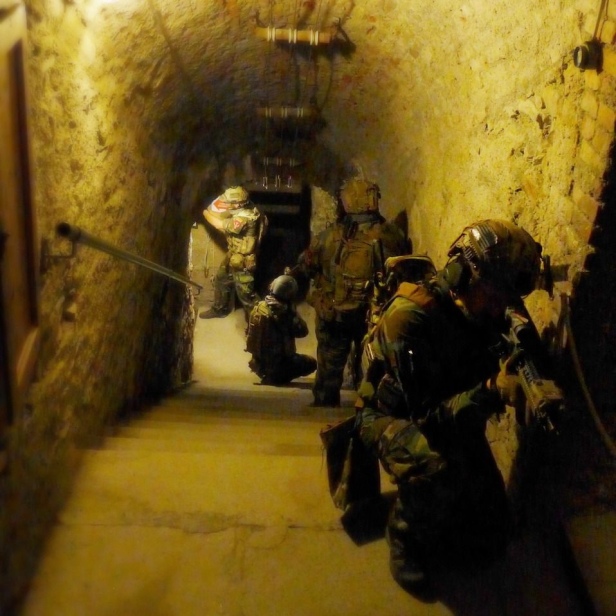 When we look at the impressionist community we see a lot of NSW, Rangers, and even CAG is now becoming pretty big.

We noticed there was a huge lack of MARSOC loadouts and impressionist and it was kind of disappointing. When on popular forums, we always saw again NSW loadouts, Ranger Loadouts and etc. There was a pause in some of the MARSOC loadout threads. 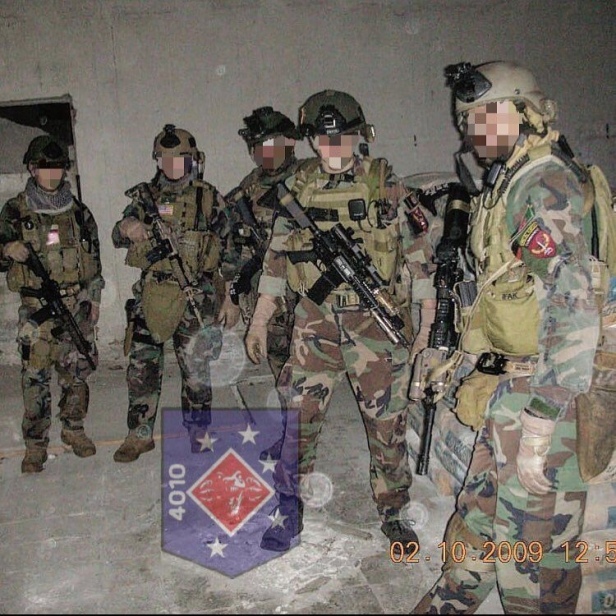 We thought we would to bring a dwindling community back to life. It just felt to us MARSOC was overlooked in the impressionist community. It was considered “easy to do” or “Not unique” to do so it was avoided.

We don’t believe that.

4. 4th is an international community. Tell me about that.

4th MRRB was not actually intended to be a international team. It was not until we were approached by an Italian team that we really decided to go international. That and the lack of MARSOC reenactors in the US played a part sadly.

4th MRRB has continued to grow into a family now. Doesn’t matter where we are in the world, we always try to understand each other and help each other. It was not easy, I will say that. I would say we have grown pretty big in the time we have been given. It took a lot of our guys time to continue to press forward and help build their teams into what they are today.

5. Which groups have been established so far?

4th MRRB currently stands at 13 groups all around the world. Below is the list of teams and their loactions. 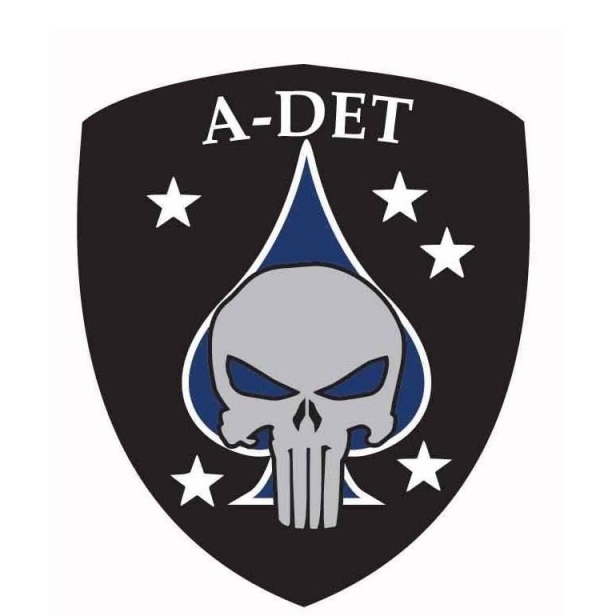 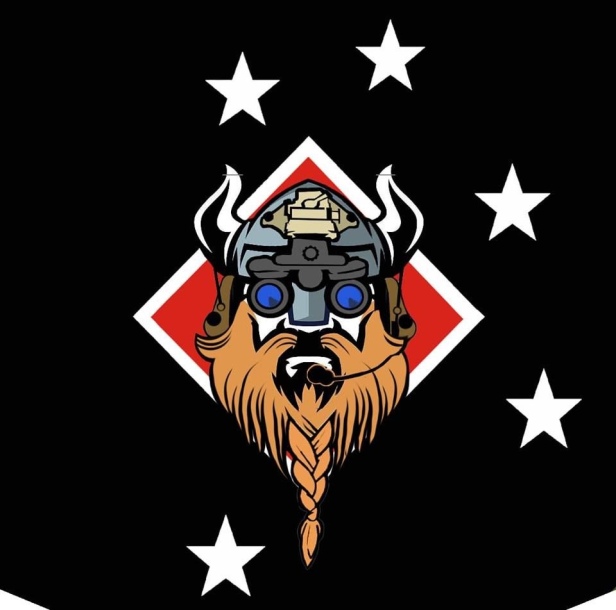 6. Where does leadership and decision making come from? 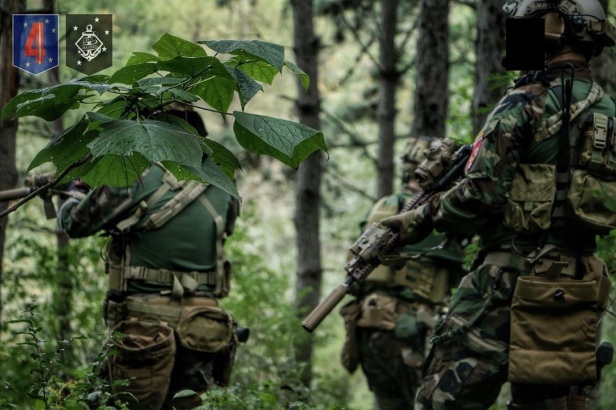 Each Team leader is responsible for their team members. When a problem arises that may require the top of the chain’s attention that goes to me (Brandon Woodland). I only make split decisions when it is aimed at the team as a whole. Though I will not go through decisions without the team’s approval.

When a new team is in contact with us, I bring it to a vote with all the Team leaders if we should allow the team in or not. The team decisions is more important than mine. Without theses guys, 4th MRRB would not be where it is today.

7. What are the kit standards expected of 4th teams?

We have a standard that follows a 90% kosher status with only 10% personal purchase.

Each team is different when coming to formal standards, as each team follows a different timeline. We have teams that do 2010 – 2012 era, 2014-2016 era, and teams that do 2017 + era. This falls back on the team leaders to make sure their members are in correct suit.

Sometimes it can be tricky though, as we have enablers in our teams – from CCT’s to EOD’s. So we must be knowledgeable on that end of impressions as well.

When we have a team wanting to join 4th we do research on the team to make sure their gear fits. MARSOC is more than just a Tan plate carrier and woodland camo. Sometimes teams trying to join fail to understand that.

Teams also do probation periods for new members joining the team. For members to join they are required to have at least 75% kosher gear to even establish probation status. Once they have completed that probation (time with team and accomplishing 90% status) they are given a 4th Patch and their ID patch.

Picture 1 is a picture we use a lot. It shows headwear in depth: Raiders using particular accessories on their helmets from strobes, headsets and helmet covers. It’s also one of the newest photos of raiders we have. 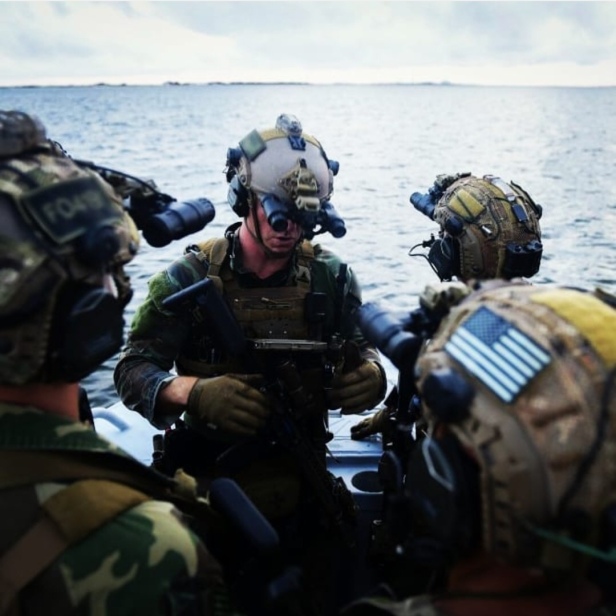 Picture 2 is used because it shows us a bunch of gear. Here we can get a detailed look at Raiders and see a variety of  setups, weapon platforms, all kinds of things! We don’t understand how the camera took the picture and didnt break with all the badassery in one picture. 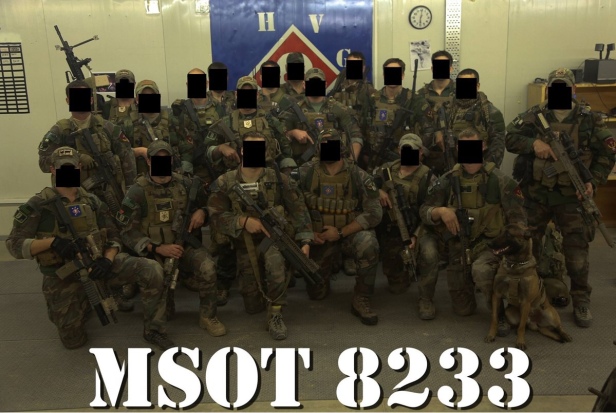 Picture 3 is huge! We are seeing MARSOC train in Multicam. We can only assume what that means for the future of MARSOC. MARSOC is no longer training with ANA anymore.  From articles we have read, the switch is due to keeping up with USSOCOM and the other branches. We will have to see what happens. This in no way confirms MARSOC has officially switched to MC.

Picture 4 is amazing. The quality of the picture is so clear. It gives us a detailed look at what’s on his carrier and gives us ideas as to what Raiders wear and why they set up their carriers the way they do. From the Duct Tape on his helmet to the TQ on his shoulder, it opens your mind to the small details that make our kits just that much better.

The application process is simple actually. We either reach out to you, or the team reaches out to us. We look in depth at each person on the team and the team as a whole.

Importantly, we make sure that the team doesn’t have any stolen valor property. We have noticed some teams go as far as wearing Marine Dress Blues, with ranks, medals, and more. That is just stuff we do not allow. While we are reenacting MARSOC, we still need to respect that we have not earned any of it at all. 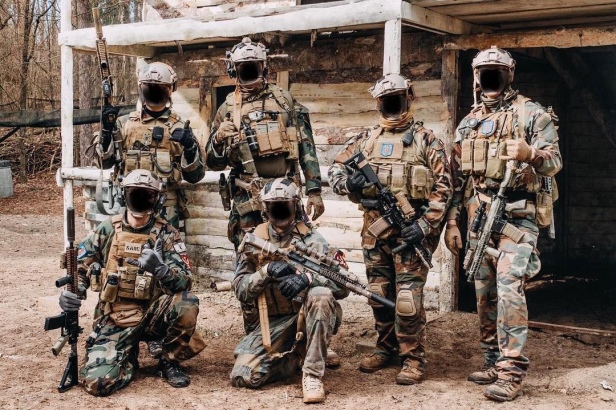 Once we have examined the team, we check for gear to make sure they are within our 90%. Teams that are trying to join as a whole must be in the 90% Kosher margin. If they meet that margin we send it to a vote among the Team Leaders. That way everyone can look at the team. Then depending on the favor of the vote, we will decide on the team joining or not.

10. Tell me about the importance of values and attitudes in 4th.

Attitude is everything in 4th! No one is better than anyone else when it comes to gear.

We dont believe in the “google has the answer” saying. We are a MARSOC community and if we want to help it grow we need to help those around us. Our team is loaded with knowledge and reference pictures and can answer many questions. 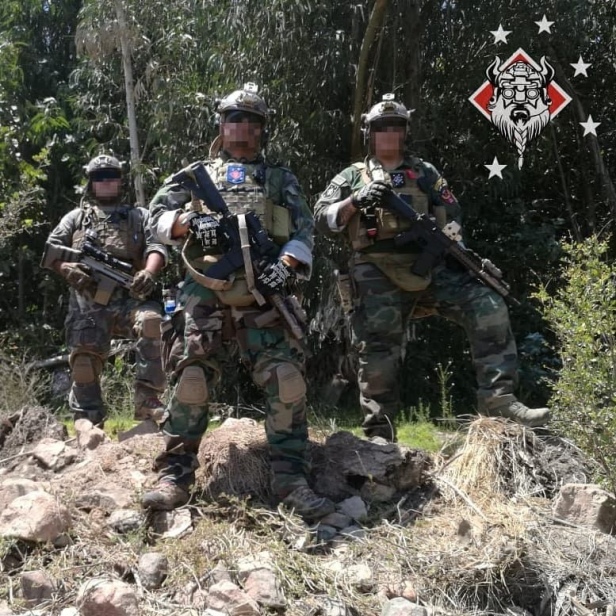 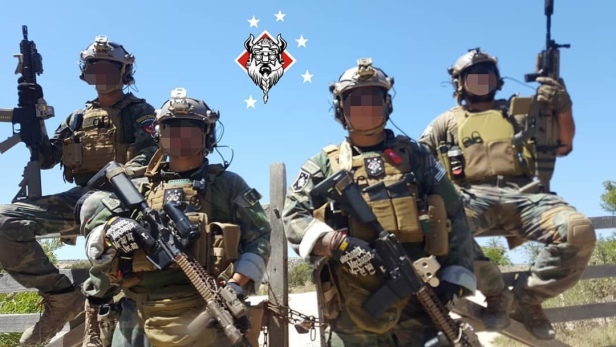 As mentioned, we strive to avoid anything that may be considered stolen valor. We have been working hard on getting our teams to leave the actual Raider patches back at home and wearing their team patches instead.

Some teams still have their team patches in production. 4th is still a new team so it is a work in progress, but if our teams are wearing ranks, medals or dress blues this is an immediate cut from team. We will not tolerate that at all. We have already turned teams away because of it; which is unfortunate, because they have solid kits and are good people.

But honoring the Raiders is above everything!

11. How are standards monitored and reinforced?

I watch the teams closely. In addition, members in the team will always report to me when something is spotted that is off.

Our Team Leaders are pretty firm with their own teams. They tend to handle everything on their own, without much interference. 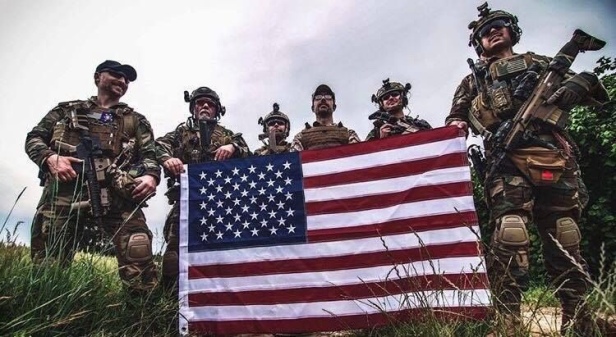 We do have teams report updates every once in a while to make sure progress is still being made within the team. They report upcoming events for possible team meetups, report new gear being bought and other things that could interest other 4th members.

We are a very communicative team, so we are always talking – making sure everything is handle correctly.

12. Are there other teams or entities you respect with similar standards?

We are in contact and are personal friends with some of the members from these teams. We respect them because they set a standard that is high for the branch they are reenacting. A standard that can be looked up to. 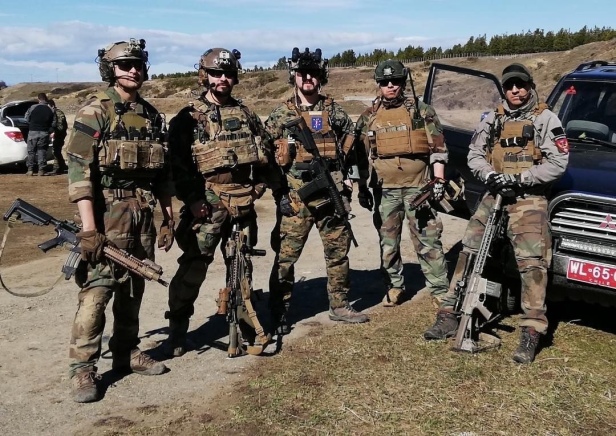 Their kits are usually so legit, some social media outlets can’t even tell if they are real or not. The bar they have set for they branches they are reenacting is a bar we hope to set for MARSOC.

13. How do you want the team to be perceived on social media?

We want to be perceived as the team who can be informative, helpful, and at the same time still put out great content.

When looking at MARSOC reenactors, we want to be the leading team. As said above, the bar that DT6 and Roberts Ragnar has set is the bar we hope to accomplish in the MARSOC reenactment community.

We have many things coming up – helping raise money for charities and other things like that.

Nonetheless, we have a way to go before accomplishing that.

We want people to understand that when a team wants to join and we deny them, it’s nothing personal. Its nothing against them at all.

A lot goes into our kits and a lot comes out of our guys during Milsim events and other events. 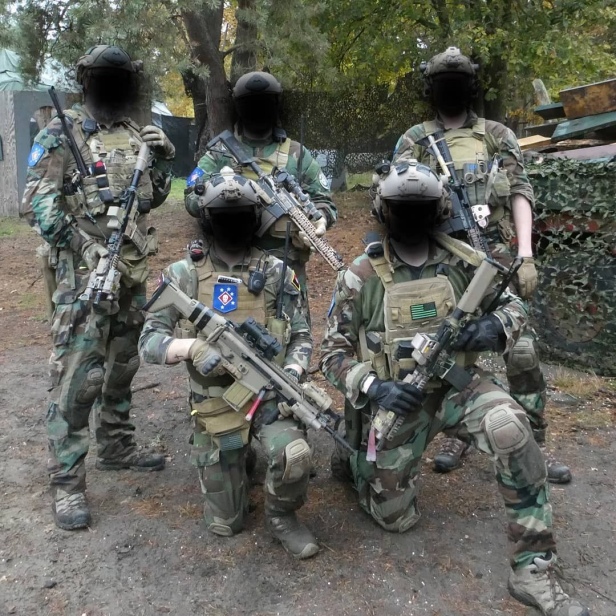 Also we hold nothing against those who do NSW, Ranger, and CAG kits. At the end of the day we are all just people trying to have fun doing what we love to do. We hope in Ops to work alongside some of the teams mentioned above. To bring the reenactment community as whole closer.

I also want to thank you (The Reptile House) for giving us the opportunity for this interview.

People can contact us by going to our FB page https://www.facebook.com/4thMRRB/, or contacting me directly.

We also have an instagram and we have admins from all over the world so we can respond as fast as we can.

You can also email us at mrrb4th@outlook.com, or visit our website http://4thmrrb.com/.

Our door is always open and we are happy to help those looking for answers! 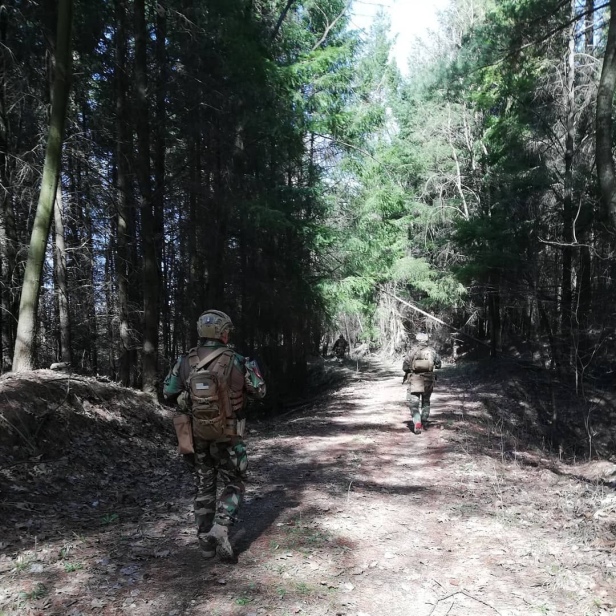