Skip to content
Date: May 6, 2018Author: The Reptile House

I built this L119A1 for a friend. It started out as a second hand Systema PTW, which included the KAC rail. It’s either a good clone or RS.

The Systema upper and barrel had the necessary A1 modifications done by Jay at Paradigm Rifleworks. The lower is a new Prime unit with L119A1 trades. The last one in stock in the whole world, probably. Jay manufactered dummy pins for it as those where missing and are different to the Systema ones. To my knowledge, which was non-existent before I started this build, the only thing still off is the backup on the Trijicon.

The paint was done how it should be for a mil build: quick and simple. Aside from DEVGRU, the real guys have probably got better things to do than use complicated stencils. A couple of rattle cans and maybe some found items will do the job as it’s simply about breaking up the blaster’s outline.

As for inspiration it’s a mix of what I saw researching this and other builds – not so much an exact copy. The PEQ wasn’t painted as this seems to be normal practice and it would be a shame to obscure the special stickers I put on, from Jay Taranis.

Preparation is simple: mask what you don’t want paint. I did this very rough, as I think showing some unpainted areas around lenses etc adds authenticity. Again – who is going to bother masking with great care when the whole thing is a chore?

I like to suspend the blaster somewhere, so I can get around it – or spin it to reach everything. First, I painted a base coat in a sand Krylon. For the pattern I went with Krylon brown and Fosco Khaki Tropen. The latter has a greenish hue to it. I applied these as random diagonal stripes. A couple of passes were pretty wide to create a full stripe with misted edge; first the brown and then the Khaki. 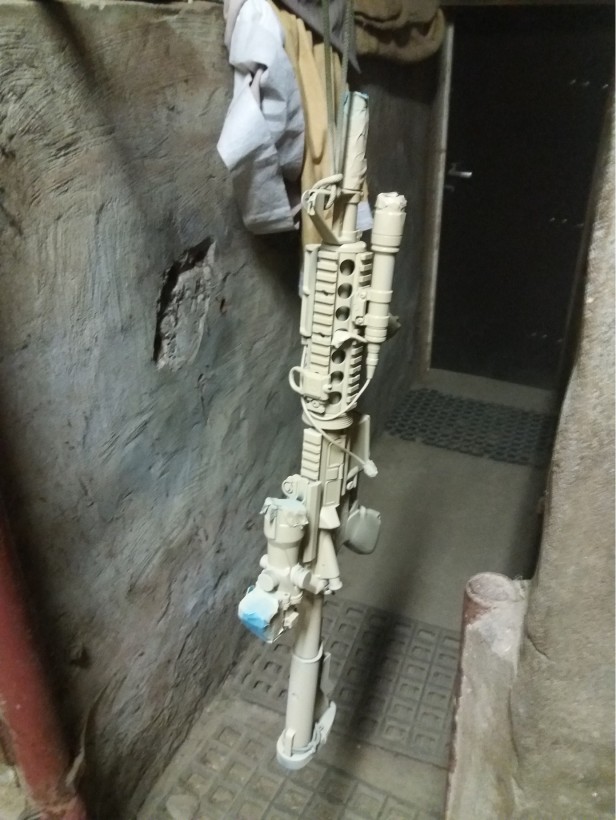 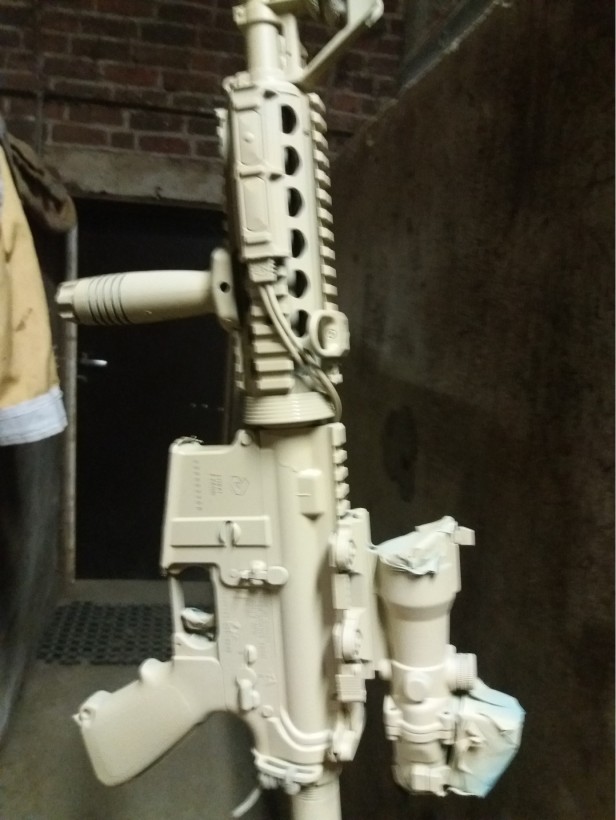 In the suspended pictures, the dummy pins and suppressor hadn’t arrived but the blaster was needed for a weekender. So I put some duct tape on the dummy pin holes before painting. When everything was together I just touched up by painting some diagonal strokes over the receiver. 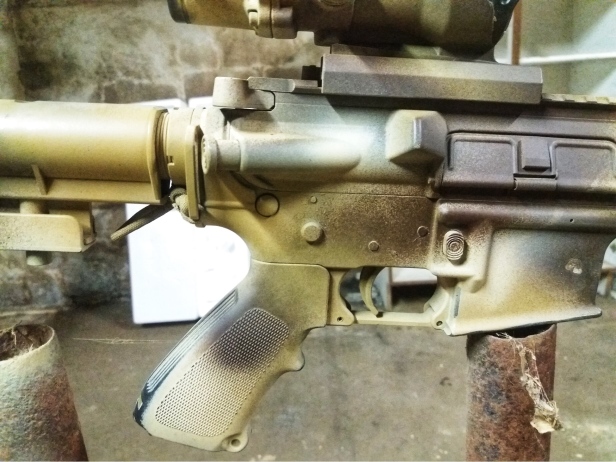