Incredible. It’s been almost five years and The Reptile House is celebrating its anniversary. Starting in 2013 and representing three iterations of the blog, there are over 900 articles to choose from – which is a tough choice.

I’m proud to be part of the celebration. I’d have chosen far more than five blogs as favourites – or even five others, of equal enjoyment. However, I stuck to my own rule of what comes to mind when I think of TRH.

Amongst the five I’ve chosen two are very recent entries. But it’s an interesting phenomenon that even the older material stands up well against the test of time. Change the dates and any of the older articles could be published today.

TRH is an incredible catalogue of blasters, gear, apparel and ‘how to’ tutorials; full of insightful exposition and personable editorial from lead writer and curator Rich Norman and a slew of guest writers from all over the globe …

Whilst I’m very, very good friends with Rich – so naturally I’m always a little biased here – The Reptile House is a truly iconic and prolific proposition; and has rightfully garnered a legion of fans and admirers. This is in part due to its consistent high quality writing, validity and relevance – as well as its contemporary appeal.

Still, we are here to celebrate its fifth milestone and in the truest tradition of a bygone era, Rich personally commissioned me to write some liner notes for my top five ‘songs’ (blogs) as you’d have seen in much lamented and dearly missed metal, hardcore and skate magazines such as – Metal Forces or Metal Maniacs.

So, in the truest tradition of some of my favorite ‘metal’ heroes Phil Anselmo, Roger Miret or even Mike Muir, I’ll dissect some of TRH’s best and brightest OG Punk Rock Hardcore Thrash Metal tracks which still get regular play here at the S23 HQ !!!

Over multiple blogs TRH captures the evolution of Seraph from TF Green’s blaster. For me these blogs were all iconic milestones in TRH’s own evolution. If the early posts where a proto-punk anthem, TRH later clearly transitioned into a well-oiled pristine metallic crossover act.

The comparison made here is simply this: whilst capturing one of the community’s leading lights – a giant in fact – and his evolution, Rich really found his ‘Power Metal Groove’ which we now know and love as his trademark style. 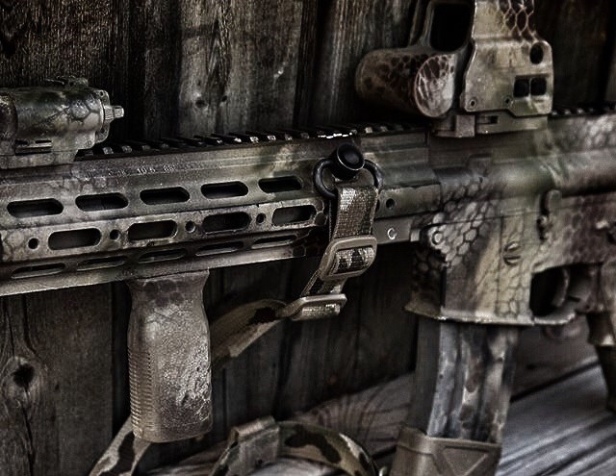 What is pivotal and worth underlining: these articles highlighted a confident step away from purist ‘Mil-Builds’. Seraph showed that a little flare, personal choice and style was not only acceptable but a refreshing twist on what was back then a tired and slavish genre. 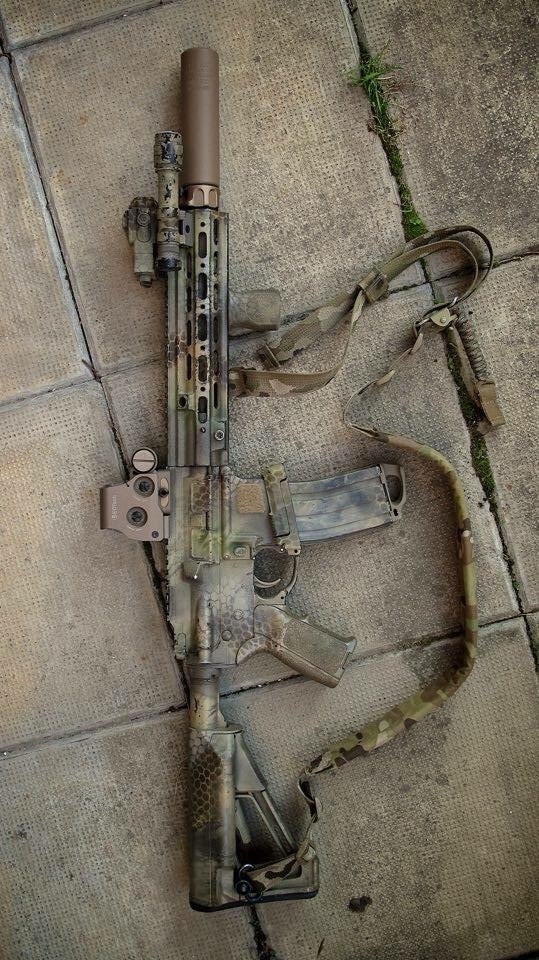 Seraph – deeply missed – gave great insight and personable account, together with Rich’s own notes. The blogs revealed much about how Seraph had reconciled his choices, and the processes which led to the stunning iterations of his now iconic blaster. He talked not only about his research, but how the refinements affected and improved his playing style. 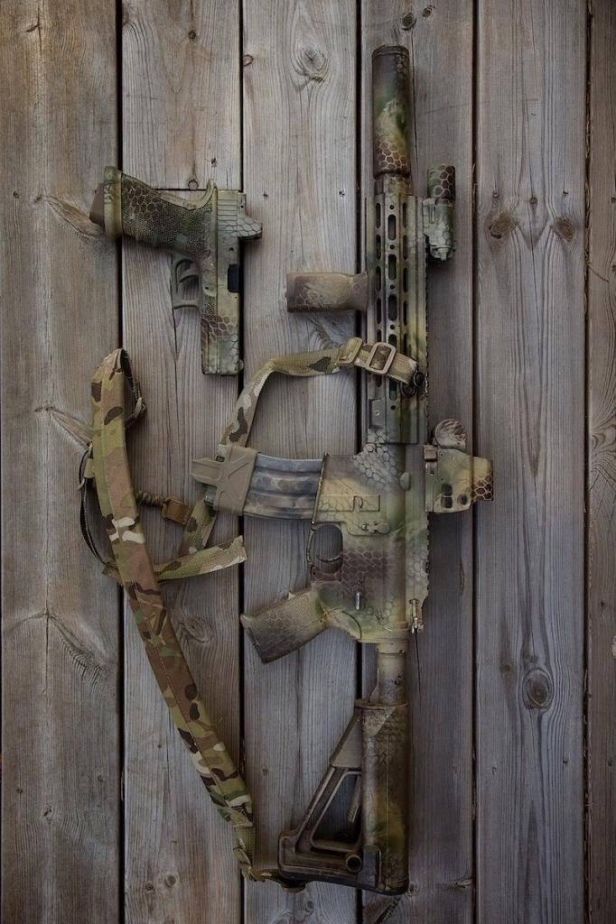 So get the coffee on, and give this riff heavy monster a replay here:

Oslo is home to not only Darkthrone but Norway’s finest HHK – Hestehovkompaniet; one fifth (now one sixth) of the incredible Task Force Exorbitance.

Almost like a dream festival line up, HHK alongside Arquebus, Hermes, Sky One, Trident – and now their newest addition First Entry Unit – comprise part of what truly more than just a sum of its parts. 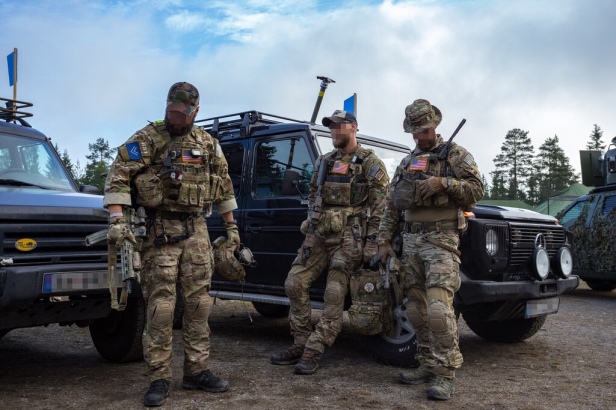 Imagine if Pantera, Biohazard, Suicidal Tendencies, Agnostic Front, Madball and more tore up and tread the same boards – one hell of show …

Heavy metal titans HHK took on milsim and with no end of style, swagger and enthusiastic belligerence took the genre and Reinvented the Steel – creating not only their own huge sphere of influence, but explored and truly developed what milsim could become; setting not only trends that have been imitated, but to this day remaining vital and pushing boundaries … 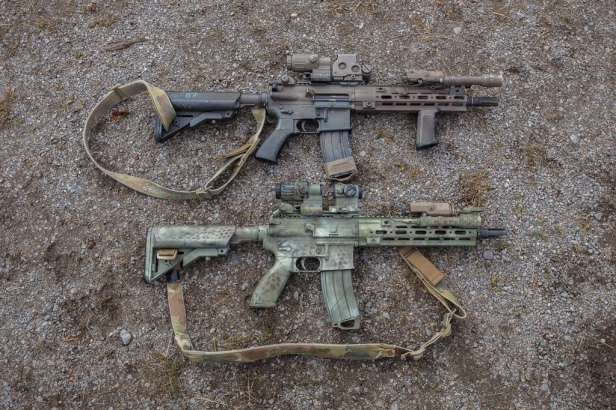 Likewise, with his finger ever on the pulse of new and exciting developments, TRH captured a rare interview with Ola – HHK’s H87.

This perhaps marked TRH’s first foray into alternative editorials, moving away from the tried, true and tested format of 2013 – 2015 in this second ‘season’ of the blog.

The Blog’s Endorsement by Stickman

I’m not sure if this ‘track’ exists in the public domain. Much like a secret super group it lives on ‘anonymously’, because Rich is a humble guy and doesn’t make much noise about himself …

Here’s the story. It was December 2013 and TRH was exploding. I too had caught the buzz.

When not busy replaying my favorite TRH tracks, or feverishly hitting that refresh button whilst awaiting a new ‘track’ to drop, I decided I needed to get the word out further. Rich was featuring a lot of competition/civilian and ‘MilCiv’ AR builds early on, so I messaged Stickman who, at the time was highly prolific and pervasive across social media; with his high end photography of real steel firearms – many of which garnered their parts from the high end civilian aftermarket. 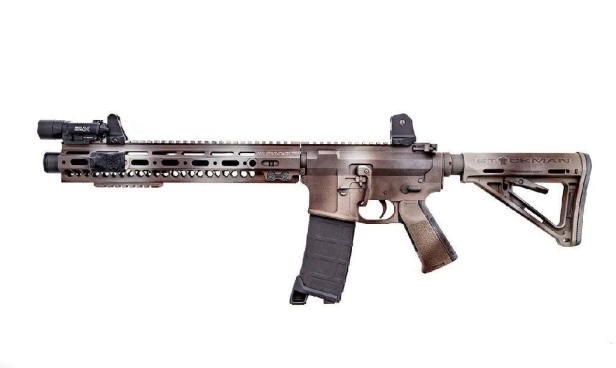 I urged Stickman to check out TRH, and maybe even drop Rich a message – and he did …

He was superlatively congratulatory on what he’d seen and here marked a pivotal moment for the genre, where an underground movement achieved mainstream acceptability without compromise …

This will perhaps pass over many of your heads in concept, but as pleased as I was for Rich, my own intentions to achieve a credibility for our community had superseded all expectations. I’d like to think, alongside Rich’s and my own work, in some small way we’ve moved the community out of the underground and into the mainstream.

Like never before have the big guns paid more attention and given validity to the fun we pursue – and, in truest underground scene swagger, it was a huge coup over our lesser favored cousins – f**k paintball !!! 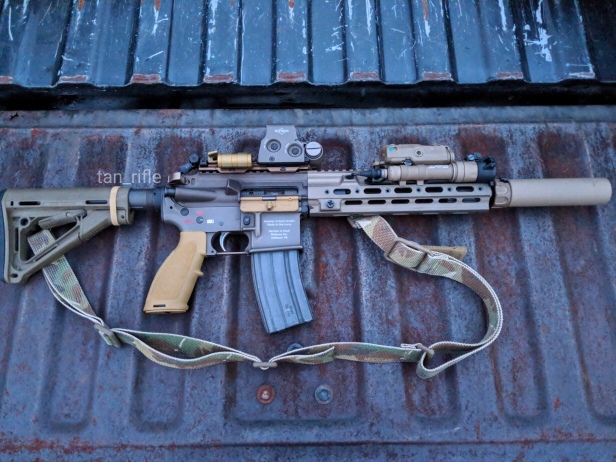 Continuing the real steel theme – just showing how many flavors, styles and genres the blog straddles – Rich has sufficient authority (much to his own modest embarrassment) that real firearms are now making an appearance on the blog. 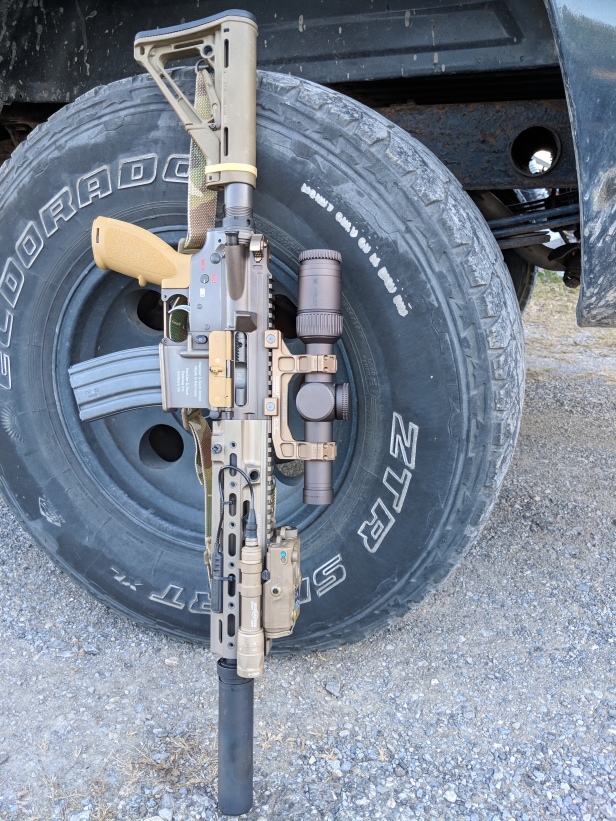 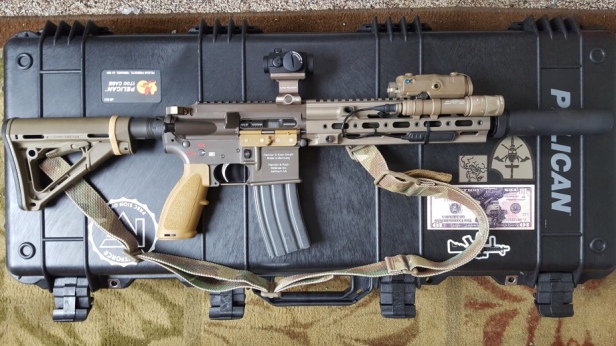 The blog “Tan Rifle’s CAG 416D” is a visually stomping monster. However, aside from Tan Rifle’s own social media accounts, it was the first significant real world outing of his blaster right here on TRH … 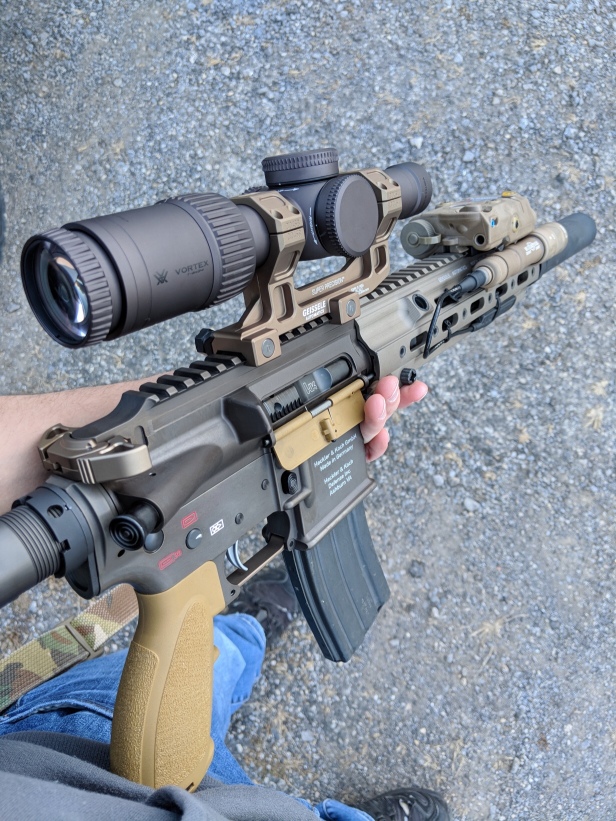 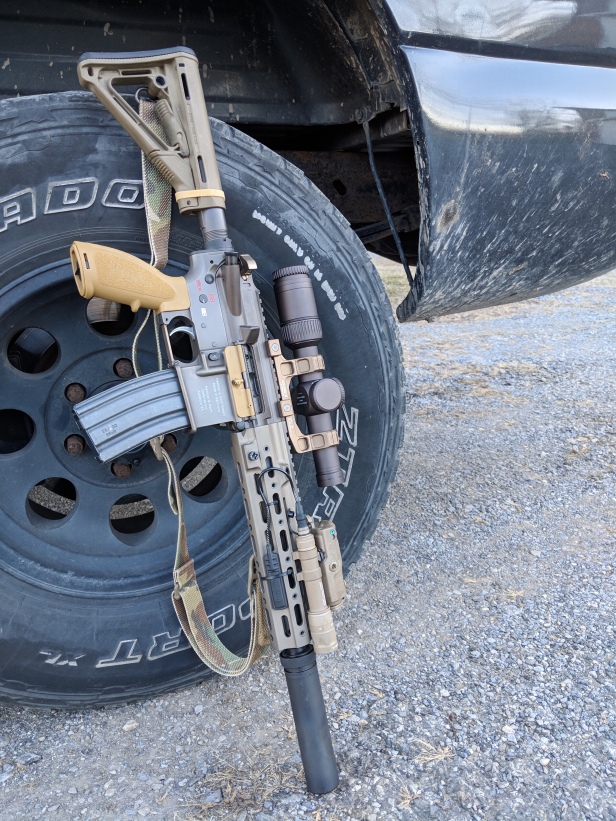 It would be remiss of me not to pick one of my own favorite genres: gear.

In the blog’s third iteration (late 2017 onwards) Rich includes a frequent, in depth and healthy mix of reviews on newly acquisitioned gear and apparel. 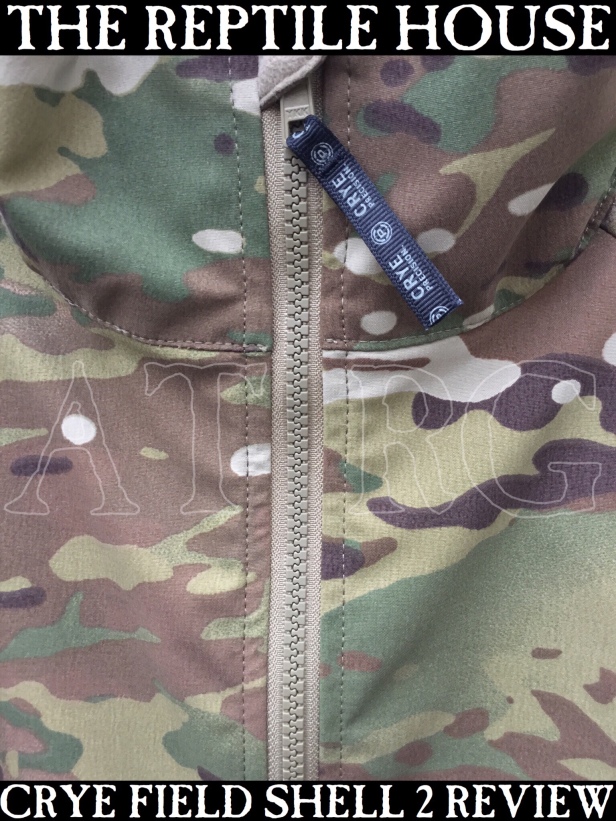 My favorite is actually one of Rich’s more recent pieces, in part as it defied convention by actually being published over on ATRG blog – much like a split 7” where your favorite bands collaborate on unreleased material. 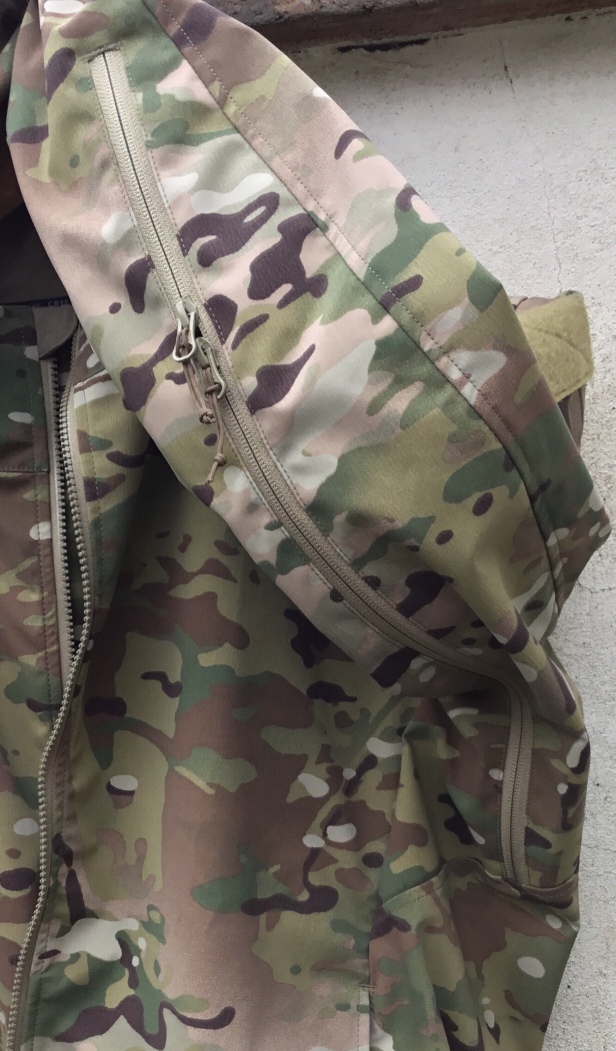 More importantly it shows aggressive growth and the blog’s relevance right up there alongside titans such as Military Morons and MilSpec Monkey. It makes for a compelling read over hot coffee …

You know what to do …

So, here’s to another five years – I’m excited for what’s next and feel a little less alone knowing that TRH is going strong; and has inspired a slew of new writers too.

Perhaps that alone is a sufficient legacy – S23