Based in Oslo, the capital of Norway, Hestehovkompaniet (HHK) started out in 2011.

According to HHK’s Facebook page, the team characterises itself thus:

“Doing our best to replicate SFOD-D, ACE, CAG, or whatever they choose to be called nowadays…”

I spoke to Ola – H87 – about titanium mugs, Vikings…and HPA.

TRH: How did the team come by its name?

It’s a funny story – we were just starting out, with four guys on the team. We were planning for an upcoming event and I asked the administrator of our local airsoft forum to create a sub-group for our team to chat in.

He came back to me a few hours later and said he had done as requested, but didn’t know what our team was called. Therefore he just named the subforum “Hestehovkompaniet”.

A Hestehov, or Coltsfoot in english, is a yellow flower that appears early in the spring. So I guess we can assume the birth of our team to be in the springtime. 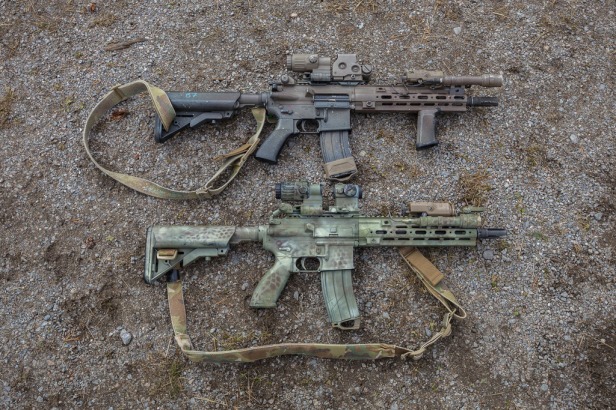 A buddy of mine PM’d me about selling his Mich helmet with anvis-mount, relatively cheap. I had the money so I bought it. The reason was primarily to annoy another airsofter who had built a complete 75th Ranger impression, but was hesitant to buy the (then) expensive anvis-mount to complete his kit.

After gloating for a while, I figured I had to build a kit around it. I believe I already had the CPC, and those two (then) relatively rare pieces combined would make the start of a pretty sweet Delta kit. Very soon after that, I scored a bunch of very cheap Crye 330D on eBay. From there, it had to be Delta.

TRH: Are there any iconic in the wild Delta pics you keep in mind, or are your loadout references always evolving?

Our kits are constantly evolving, but we always take photos into consideration. We like to look at some of the older photos and imagine how their innovative modifications and setups would look with more modern gear.

It’s always a blast when new photos surface, and we get to see either how correct we are, or how far off we are from what they’re currently using.

TRH: That’s a really interesting point and I’ve not heard anyone articulate it before. So you adopt the mindset, evolve your kit, then benchmark against new pics as they become public. I have to say, that’s a great concept.

Delta is properly secretive, so reference pics are scarce. Are there any forums or other social media sites where Delta impressionistas could begin their journey?

My fellow geardo from the wrong side of the Nor-Swe border, Seraph, used to have a small forum called JSOC.se. It was the go-to place for references and questions of all kinds. It really set me and my team’s kit on the right track.

Unfortunately, it lost a lot of traffic when Facebook launched it’s group-function and it no longer exists.

TRH: That’s something I’ve noticed since coming back to the hobby. Forums, once the lifeblood of airsoft, are dead.

Nowadays, the ACAG Facebook page has a lot of reference photos, and a lot of new photos show up on the various CAG-groups as well.

TRH: Where does your impression sit between performance-driven and picture perfect?

It’s definately not picture perfect, but it isn’t far from it either. We believe that it should be accurate enough to be plausible, but personalized enough to work for the individual airsofter.

There aren’t a lot of up to date photos to go by, so there is a certain amount of guesstimation in our kits.

TRH: You must have been through a number of plate carriers and chest rigs. Which ones do you swear by and why?

It feels like I’ve owned almost every carrier out there. The 6094 will always have a special place in my heart and I recommend it to anyone not into impressions, who is still after a good carrier.

The CPC is the carrier that fits me most comfortably, but it comes at a hefty price. Still, anyone who wants one should save up and buy it, as it’s fantastic. 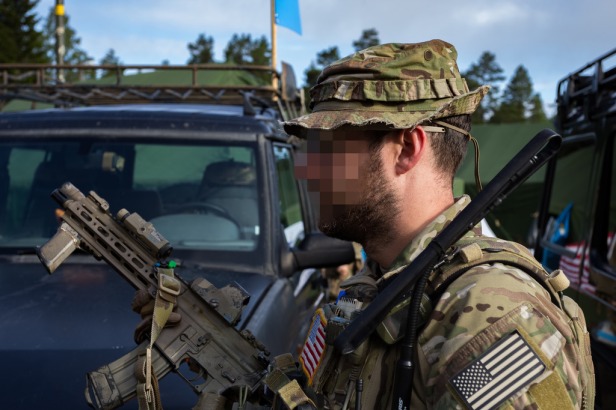 TRH: What piece of kit has been with you long term, that you’d like to recommend to others?

I was one of the first, if not the first, airsofter to get the Geissele SMR.

TRH: I remember you getting it and I don’t know anyone else who had one at the time. I was extremely envious 🙂

Mine was supposedly bought, via a middleman, straight from…’a very good contact’, shall we say? 😉 It’s the long version, but it had been cut down by the armorer to something in between the long and short rail. It works perfectly for my slightly longer arms, but still running a short barrel. 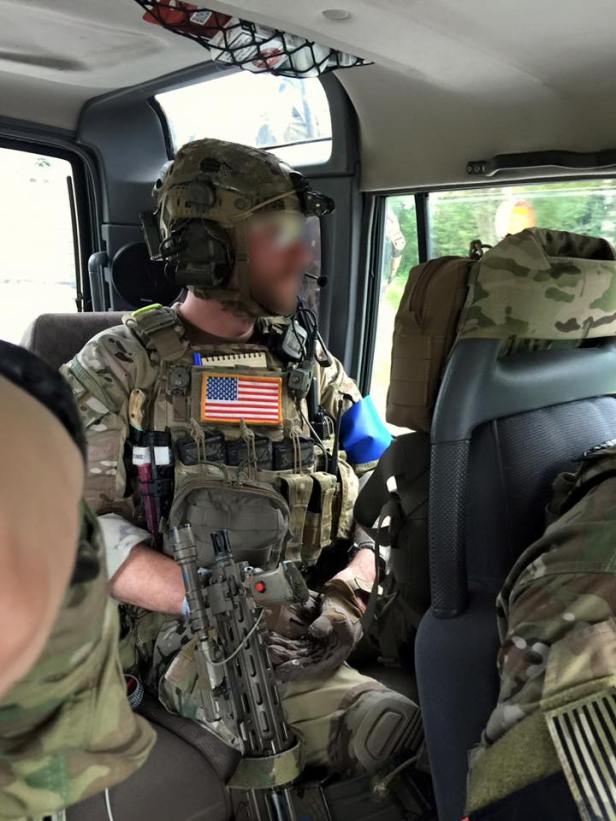 I’m currently moving house, so I had been busy all day. When I finally looked at my phone, I had about a million missed calls from Joe Jensen.

I called him up and he told me he had stumbled across two Wilcox-risers! He had tried to call me, but he had left the shop now.

It’s a superb piece of kit, extremely well made, and very kosher for 2016-Delta! Definitely impressed!

TRH: I intercepted Joe’s review earlier and repackaged it for the blog 😉

I’d also like to give an honorable mention to my Snow Peak Titanium cup!

My Nalgene bottle nests perfectly inside it and it’s great for quickly boiling water or soup, in game. 10/10, possibly the best piece of gear I own.

I have a long torso and good tactical packs are kinda hard to find; especially since I need to carry medical gear as well as other essentials.

It might just be my packing skills that needs an update though. I tend to bring along everything and then some… 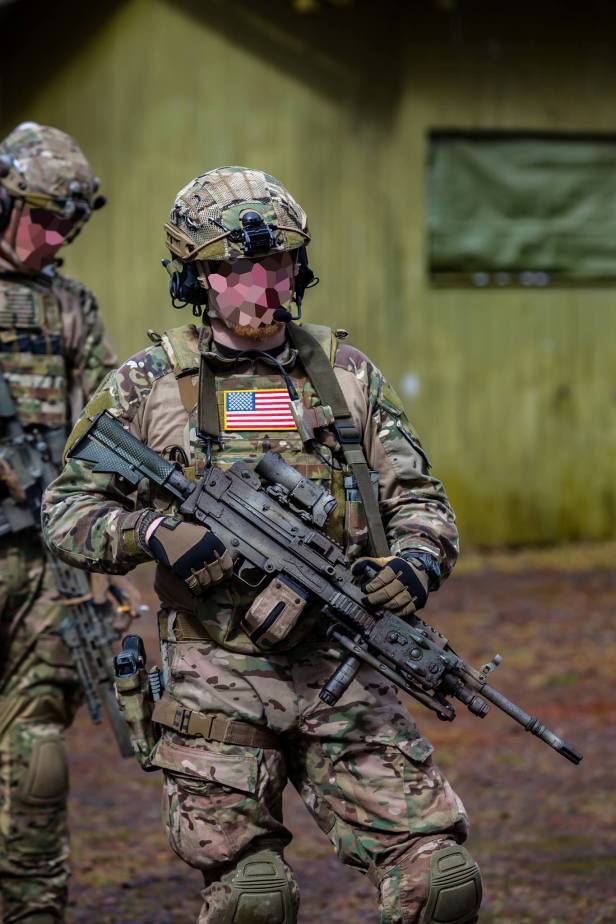 TRH: You mentioned medical gear: you are one of two team members who perform a medic role. Is it purely symbolic, or do you train in first aid?

We all have basic first aid from the army. We also read up a lot and have taken basic classes, but even though we’re able to, we won’t go poking needles in people any time soon.

Immersion has to stop at some point, right?

We do try to give each and every patient a “full treatment” though. Everything from TQs to bandages to IV-bags…and the highly sought after “morphine” – a portion sized bag of skittles!

TRH: Aw man! I thought you were going to say you could hook me up with the good stuff, then 😉

Berget has just happened. How does the team plan and prepare for a big event like that?

First of all we plan to show up reeeeal early, to claim a Ghost Zone marquee 😉

We plan everything out with our fellow airsofters in Task Force Exorbitance. Who brings what, who’s in charge of dinner, who brings the music, who performs the entertainment… 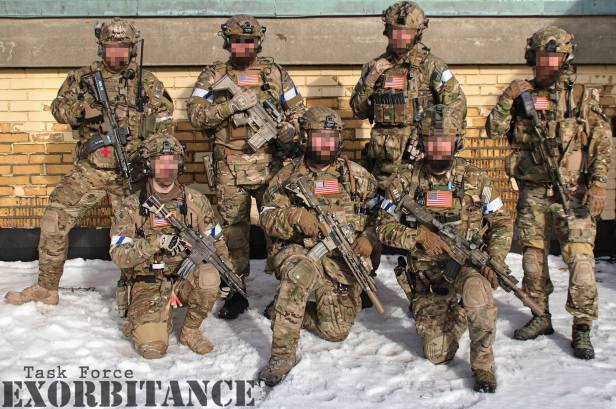 It’s about more than airsoft. When the game ends, there’s at least 14 hours of downtime until the next day. We spend that time cooking dinner, drinking soda, telling stories and if we have time, sleep a little.

Last year, we had tacos, the year before we had a fantastic stew, and before that, a crayfish party. This year? Keep an eye open on TF Exo’s Facebook page! 😉 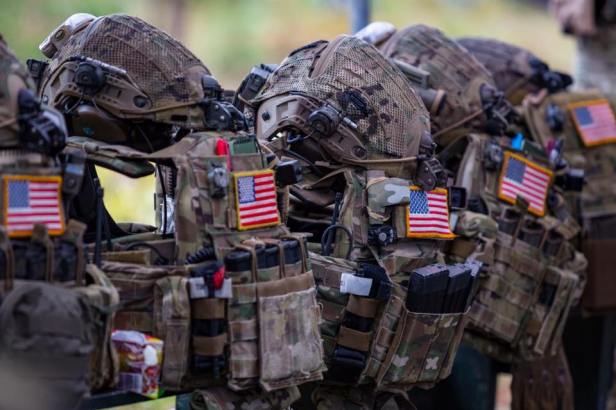 TRH: HPA has really gained traction with US milsim enthusiasts and it’s probably the most popular platform at my local site, because of its perforamce and reliability. Why do you think the European milsim community has been reticent to accept HPA?

I think the hose is the real big turnoff. It forces you to use gear to hold the tank, and the hose gets in the way when you’re sneaking through the European forests. High output, both in FPS and RPS, have never been that much of a concern here either, so there just hasn’t been a need for it. The way HHK plays, it’s more about what happens between shots; it’s not so much about the shooting itself.

I might occasionally want to try my hand at semi-sniping. The constant output of HPA is said to be the best at that. I envision sneaking in, possibly firing two shots, and then sneaking out again. I believe the hose won’t bother me at that. I’m not going to be a “Novritsch-sniper”, running around and counting my kills… 😉

TRH: There are some really important cultural reasons for adopting online pseudonyms in airsoft, largely down to the way the hobby is perceived by others. Why do you guys choose to separate airsoft from real life?

I work as a teacher. A kid’s parent once asked me what airsoft was; I explained and it was OK. Until I did, he had been a bit worried.

I wondered how many people had seen me engage with airsoft online, not talked to me about it, and just assumed the worst.

I made an alternate account that day; I don’t want my future employer or the kids in my class wondering why I dress up as a military man.

It’s a perfectly respectable hobby, but taken out of context I think we can all agree it’s pretty weird. 😉 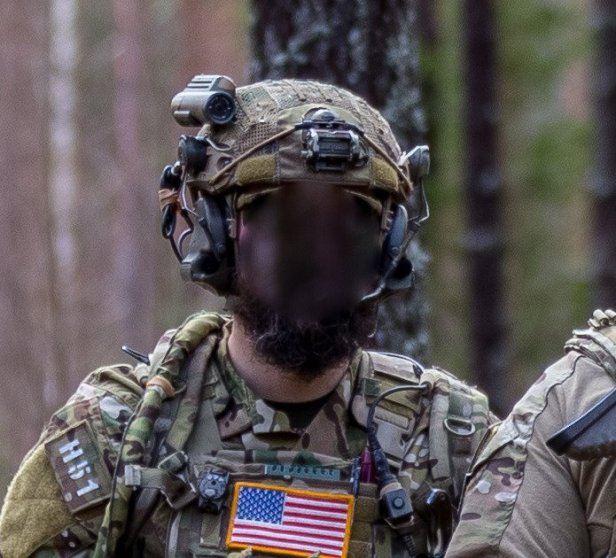 Lastly…bit of an experimental question, this one. Very geographically specific…

Coming back to airsoft and the general tactical scene, I’m seeing a lot of Viking this and Viking that; seems to have taken over from an obsession with Spartan culture.

I’m still waiting for Celts to become fashionable, but I doubt it’ll happen 😉

What does it all look like from the perspective of someone who can genuinely claim Viking heritage?

I could claim Viking heritage, but I don’t, because I’m sick and tired of it!

The Internet is filled with Viking references, but they’re all the same. Thor. Odin. Mjolnir. Valhalla.

There are plenty of cool Viking references (which weren’t mentioned in the Avengers movies 😉 ) so Internet: please do some research and use new ones! 🙂

Many thanks to Ola for a storming interview, delivered with humour and style. Ola – you rock!

The blog includes a number of pics by Roar Stene, B79 of Berserkir Mechanized. So a big thanks also…and more from Roar soon, hopefully 🙂