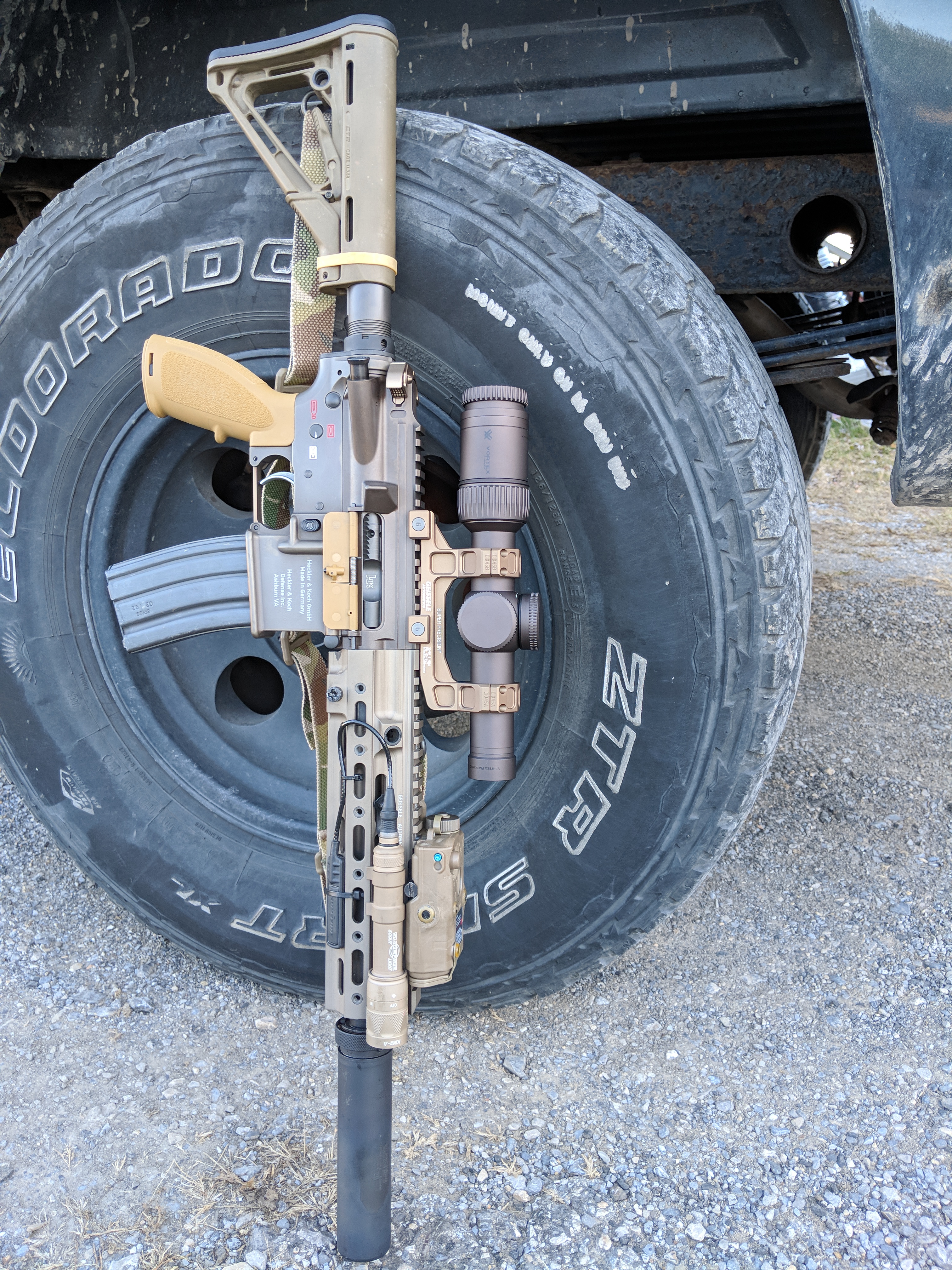 I’ve been shooting and working on guns with my father since I was three years old. As I grew up I became extremely interested in doing mil clones – and the harder to clone the better. I never really had a preference between Army and Navy clones, as my dad was actually in both.

I’ve done every Mk12 except the Mod 0, and that’s including the NSW Recce, the whole Block 1 and Block 2 suite, and several Department of Homeland Security (DHS) guns.

I immediately began to gather every scrap of info I could find. Every picture I could save I put away.

Some example reference pics which are in the public domain: 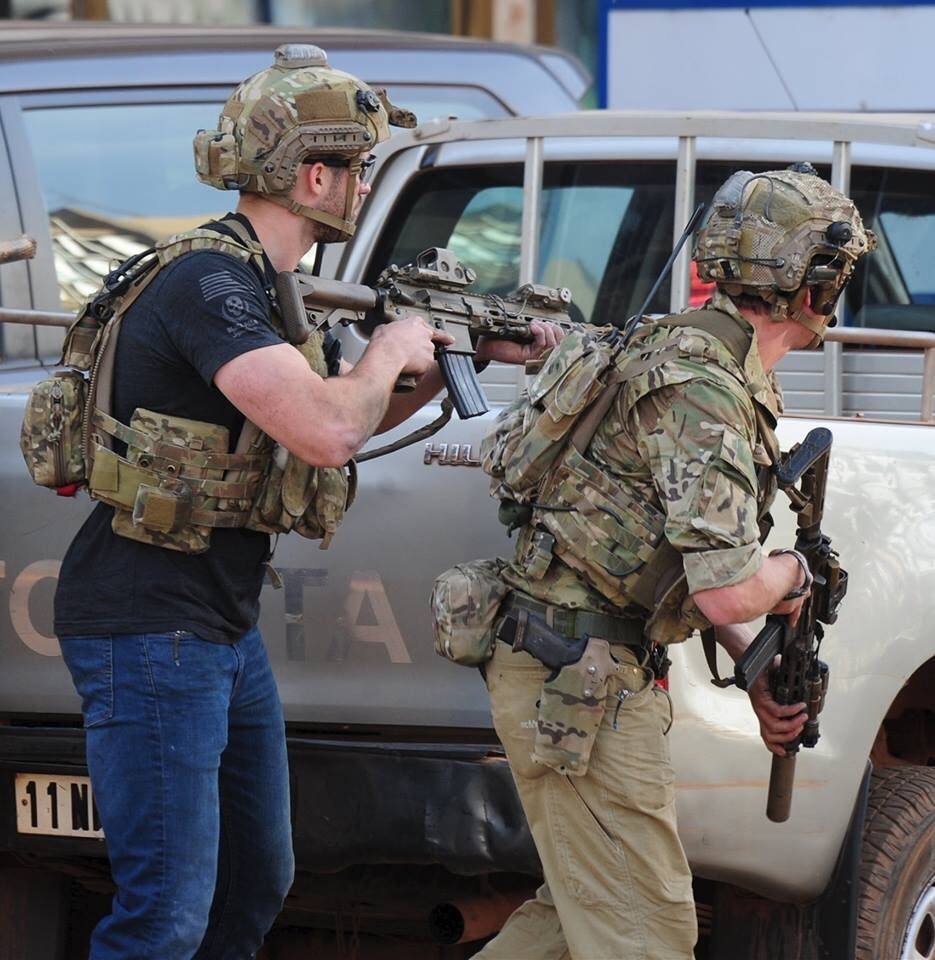 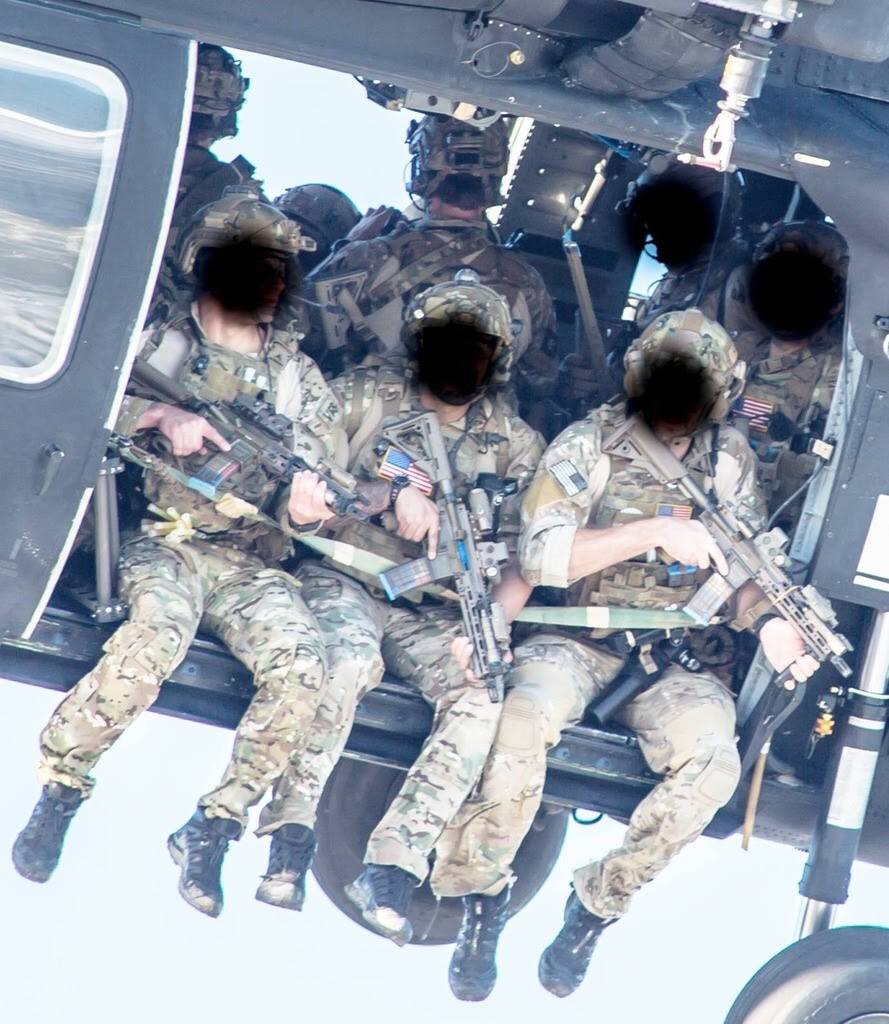 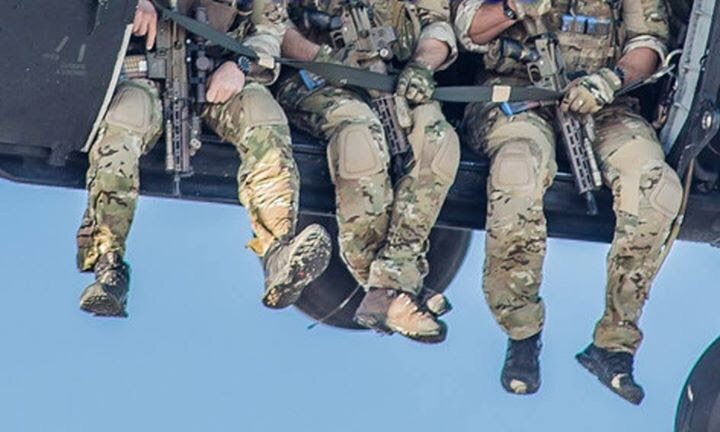 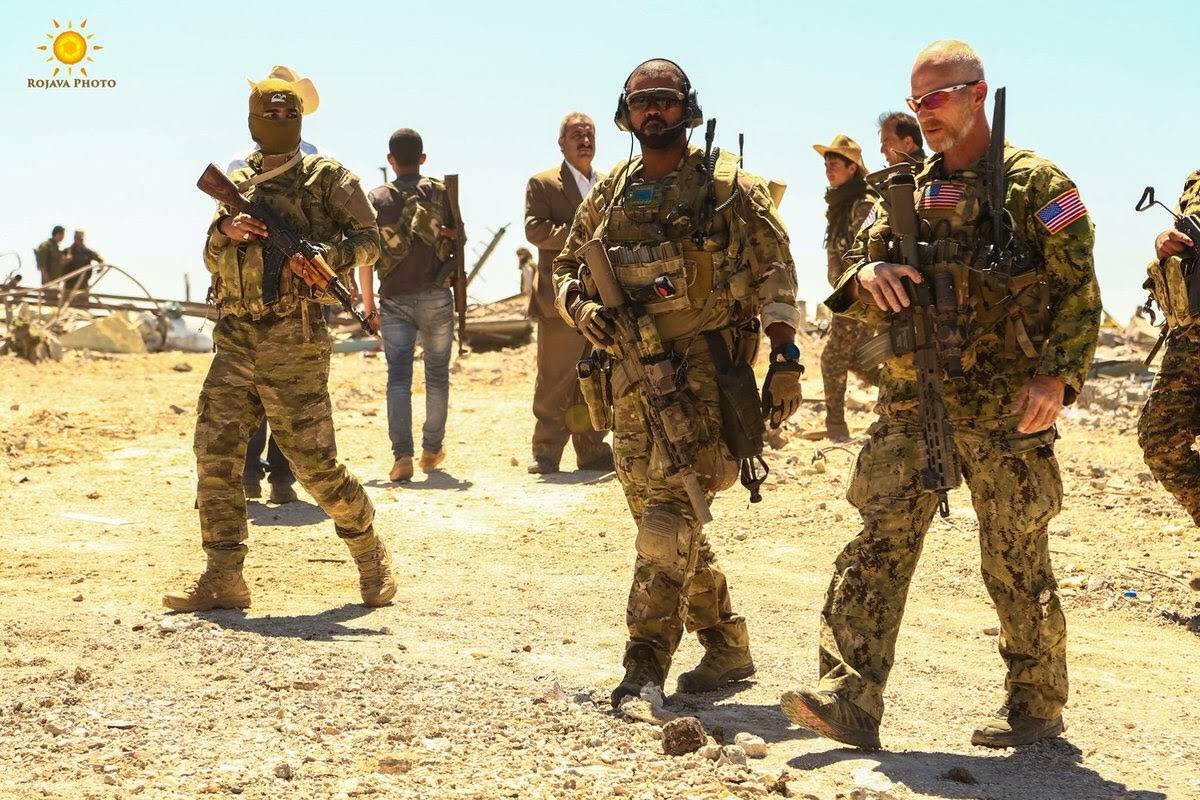 My big breakthrough was happening upon several factory new 416 top ends (the entire upper receiver group). Once I had them, my project went into full swing.

I work with DHS armorers in a Federal Armoury in my free time, which is where I got my armorer experience. Years of working with them and establishing connections with SOF personnel had granted me many waiting favours, and I called them all in. Once I realized the project was possible and I had all the connections and lines I needed, I took the plunge.

I’ve always thought CAG was the coolest SOF unit of them all, but the real draw was how rare and how hard to complete the build was. All said and done it has probably taken more time to complete this gun than all my other clones put together. The satisfaction has been amazing and well worth the time and effort.

From my reference materials and resources, here’s a breakdown of what the weapon consists of parts wise, in the wild. 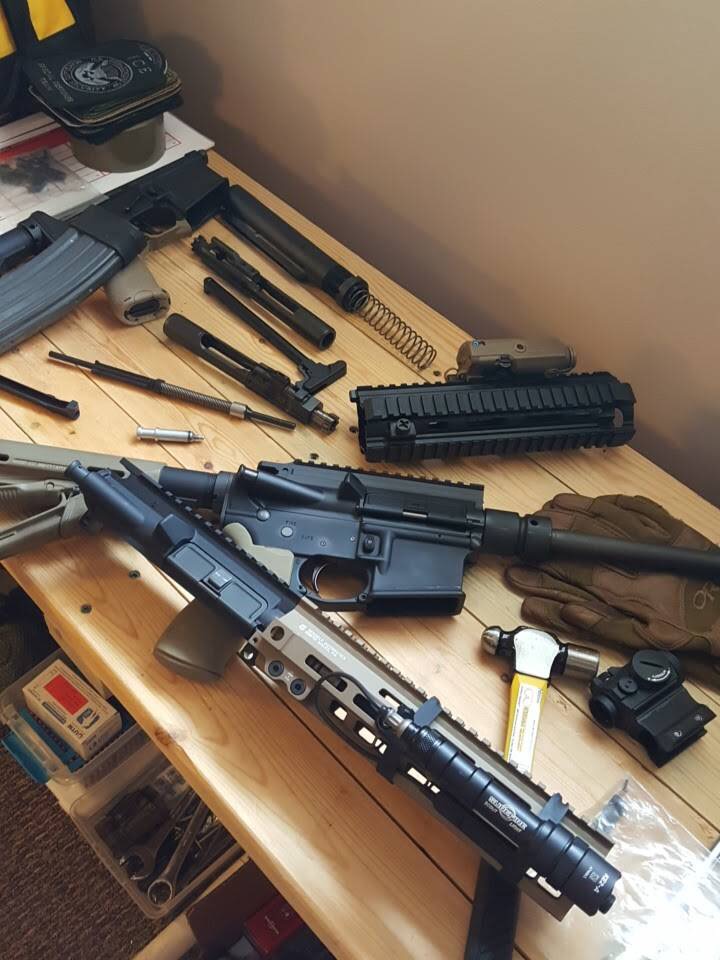 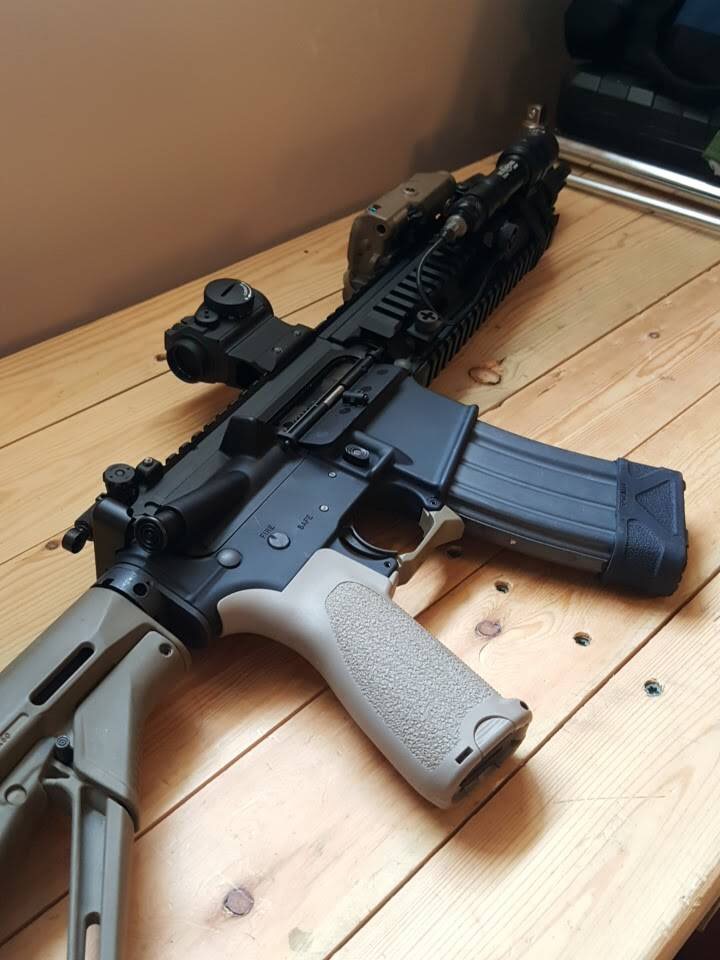 From there I got my hands on a Geissele rev. B SMR and modified it a little bit to fit on a non HK lower.

I had to cut the sling loops off the gas block obviously, and I got a place holder tan receiver extension.

Then I got my RAL ejection port cover and tan HK charging handle.

Finally got my hands on an MR556 lower, moved all my parts over to it. 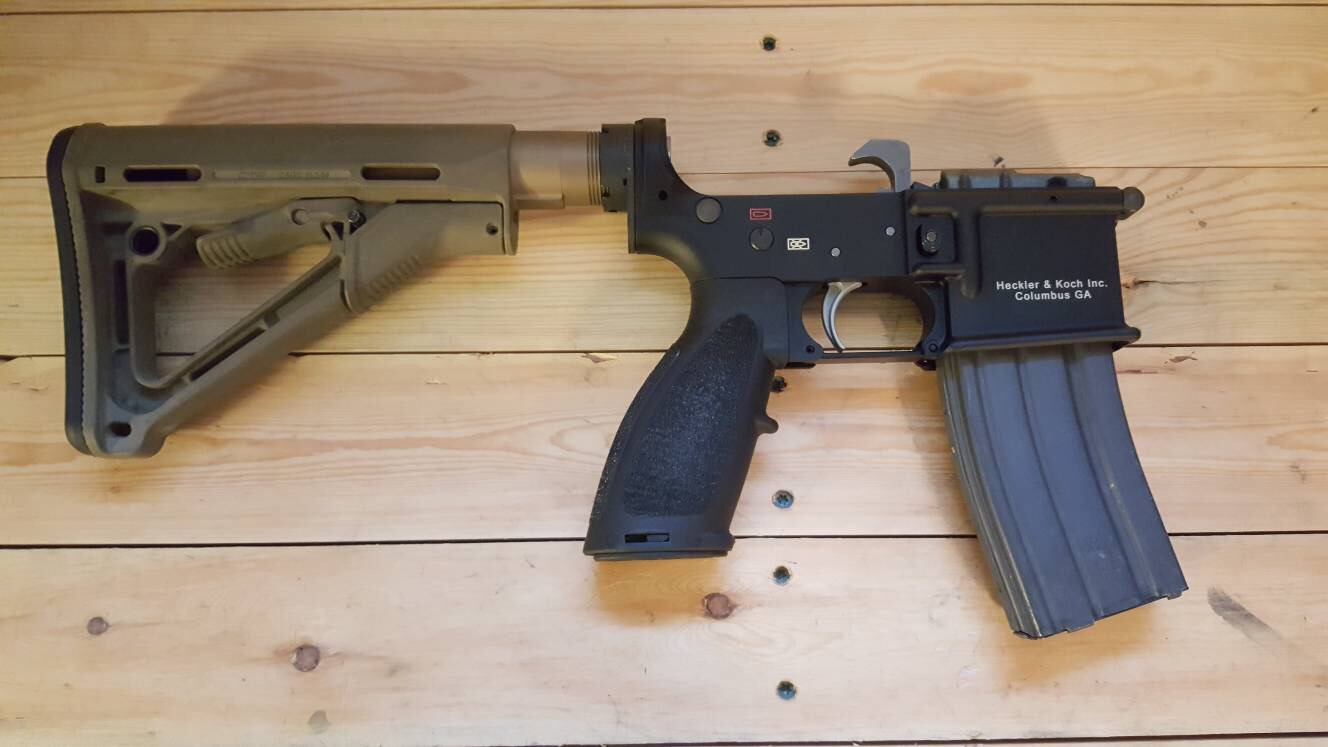 RAL8000 grip from Germany, on the right. 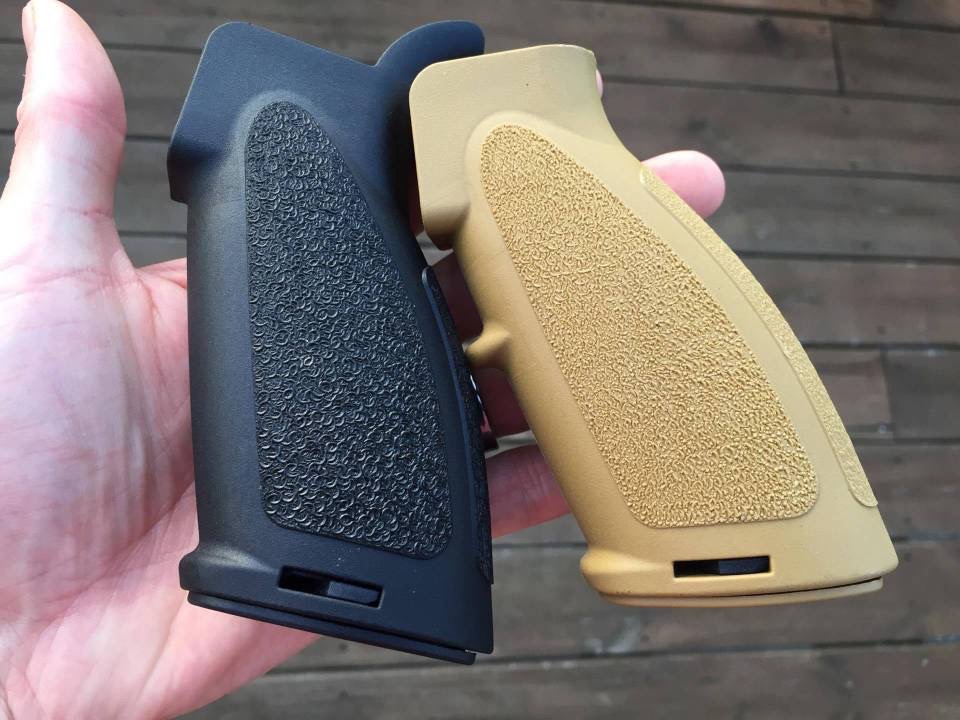 As for the engraving, I had to source the font and redo it all. Some of it I could do myself at the armoury. 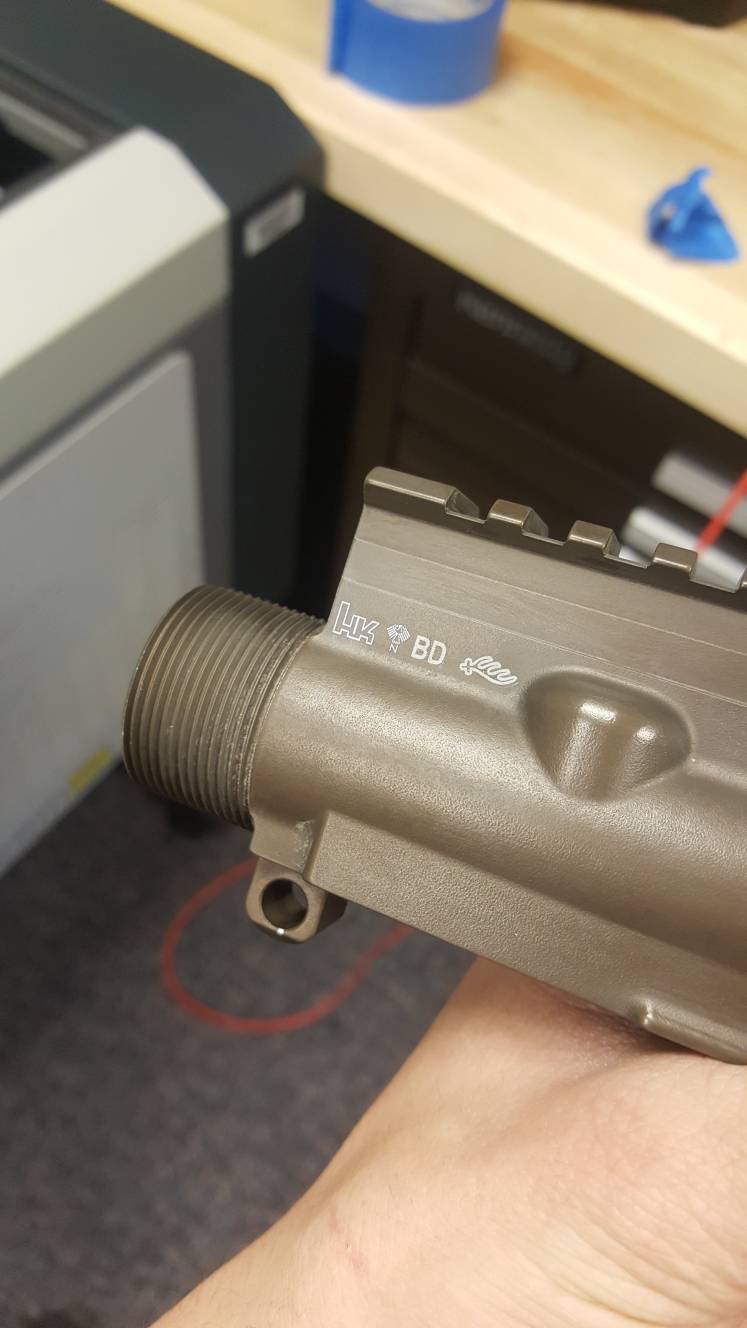 On top of that they changed the font for all the magwell text from the old black guns with early A date codes.

Then the import location changed from Sterling to Ashburn.

The CAG 416D is anodised by HK using little to no dye. The process turns clean 7075 aluminum tan. Tan ano is very easy to do on fresh, never anodized, aluminum. Redoing black to tan is a whole other story. Reanodizing makes it come out a little darker like mine, but my ano was done using the correct HK process. 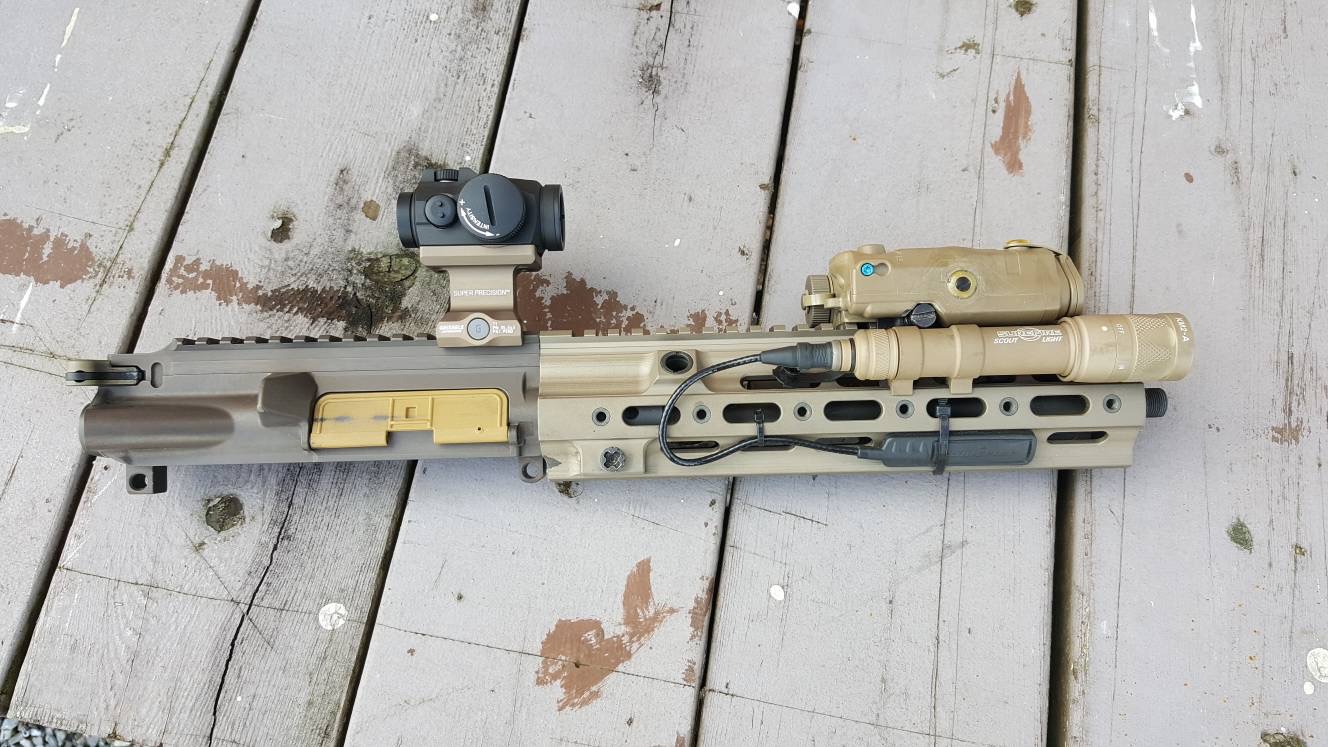 The parts and accessories I chose from the list of possible alternatives, so they all fit within CAG spec; with one notable exception – the trigger.

Here I opted for the ALG Defense Advanced Combat Trigger (ACT) – because the Geissele 416 trigger isn’t worth $450 – and the unit uses a non mass produced version made by Geissele.

The Magpul CTR is pretty common, and I like thinner stocks.

HK in the US denies that the tan CAG guns exist, BTW, and we had to order what we needed through HK Germany by SKU alone and hope for the best. The grip I opted for was the HK v4, because it’s on most of the guns in reference pics and after running it through a few classes I’ve honestly come to love the fat mold and steep grip angle. 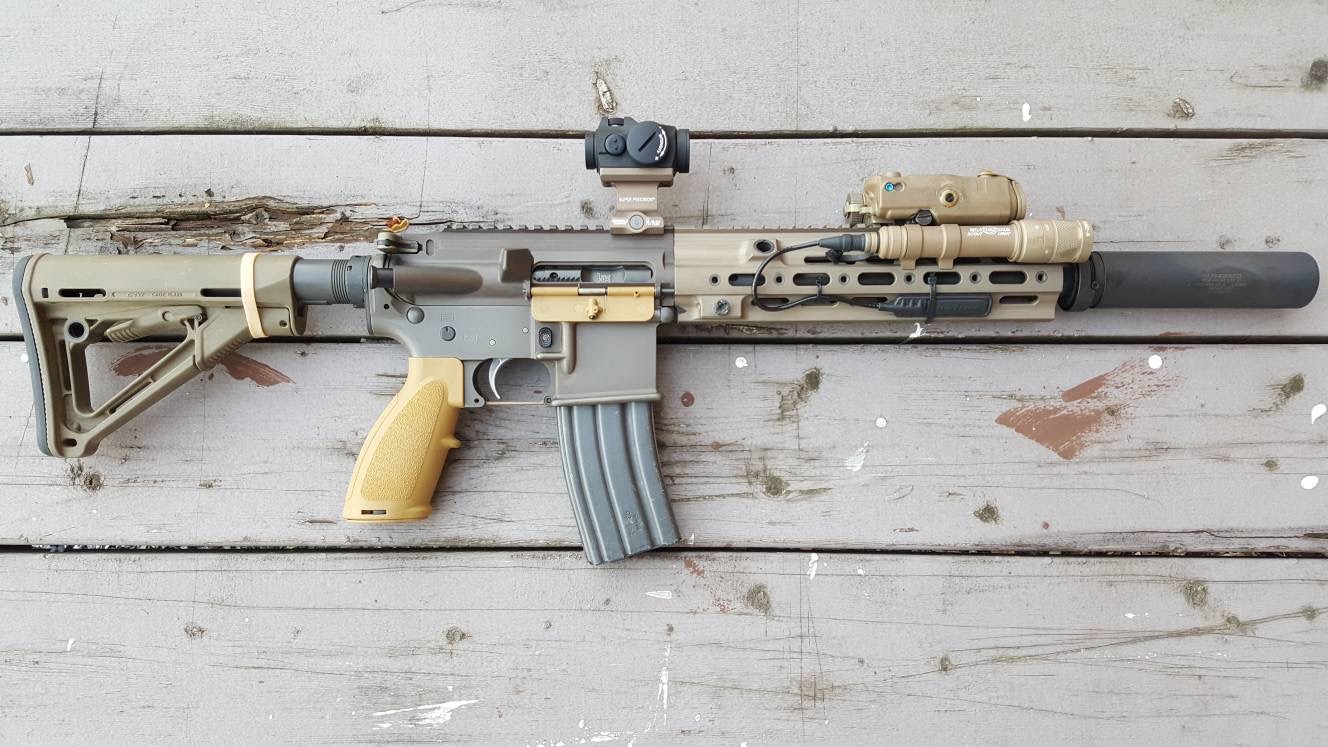 Optics I’ve done it all. I’ve had the gold Wilcox kit (riser and FTS) with the tan XPS and G33; I’ve run a T2; and I’ve run the vortex 1-6, which is what I’ve settled on. I made it my final pick after trying everything else because at 1x it’s nearly as fast as a red dot on the time, only two or so ounces heavier than the Wilcox and Eotech setup, and offers 6x as opposed to 3x.

I’m running a real PEQ15. I could have gotten an LA5 but as a civilian I don’t need that shit nor it’s extra price tag. The light: they mainly use the M600C but I went with the M600V for the IR function. That comes in handy clearing rooms, if I don’t want the laser and illuninator on the Atpial slaved together.

The last thing would be my can. The 100% correct can is the SureFire FA212 with both the Gen 1 and SOCOM collar. But they’re hard to find and more expensive than the alternatives.

Currently I have a SilencerCo Specwar 556k but it’s just a placeholder until my SureFire SOCOM 556RC gets approved. To get a suppressor in the states you have to go through an approval process with paperwork and such, so they take time to get. 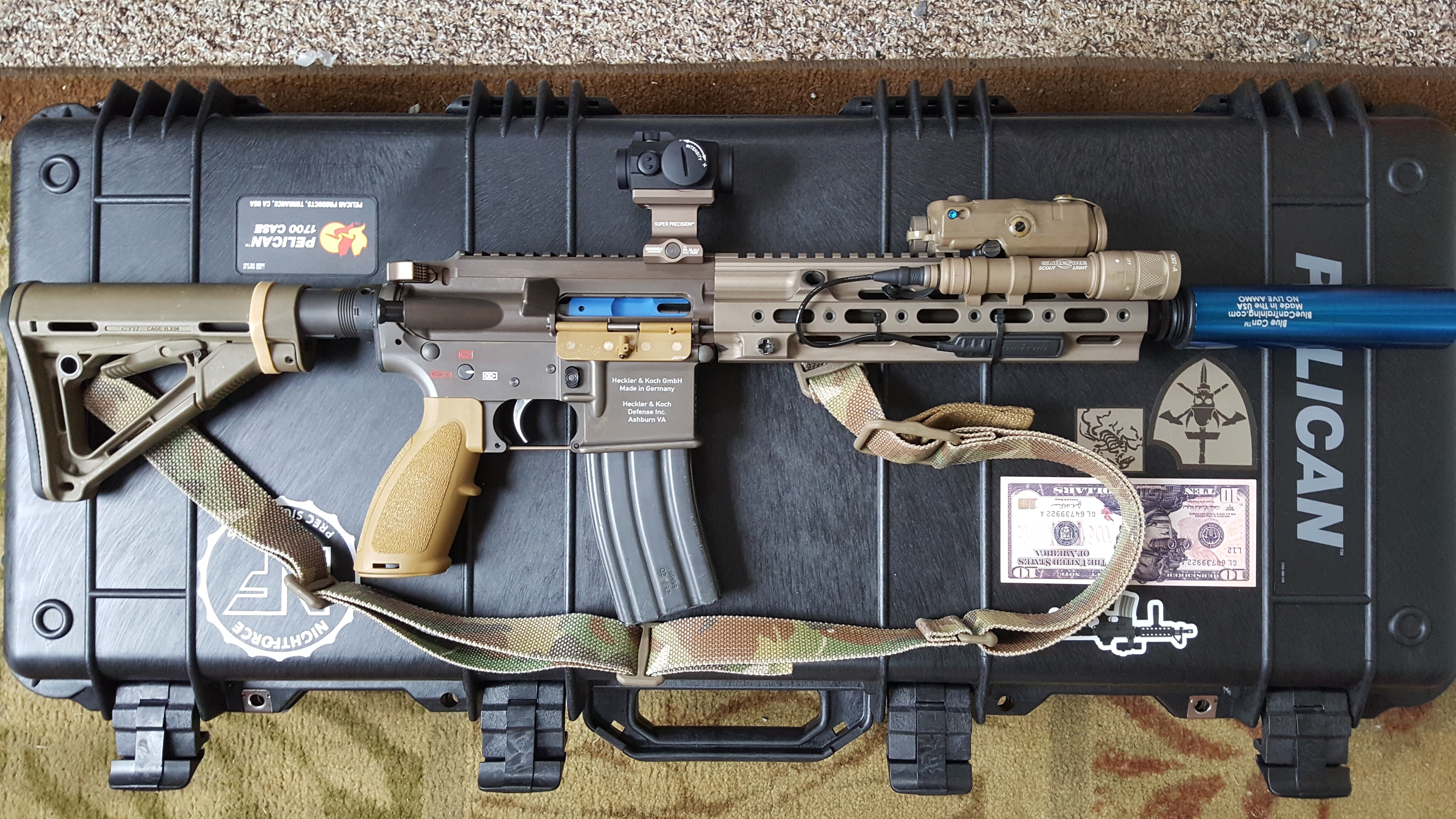 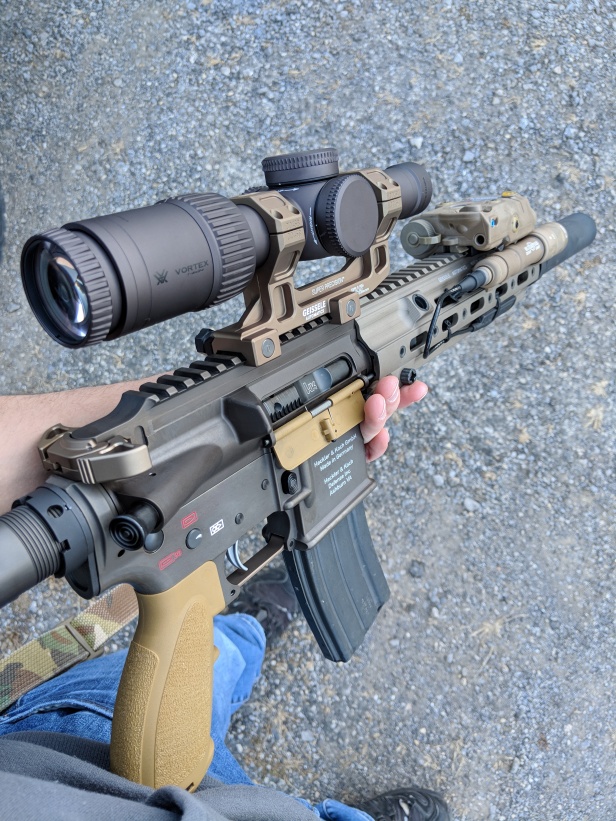 All in all it has been a fantastic build. I would have to say sourcing somebody willing to reanodize my receivers from black to tan using the HK process was the hardest part; with making the engraving files and doing the actual engraving being a close second.

I’ve gotten a lot of compliments on my build so far. Many of my friends and colleagues have already told me that even if they had the means, they still wouldn’t have attempted what I did.

Now all that’s left is to wait for my SureFire suppressor to be approved, and then enjoy the complete build. 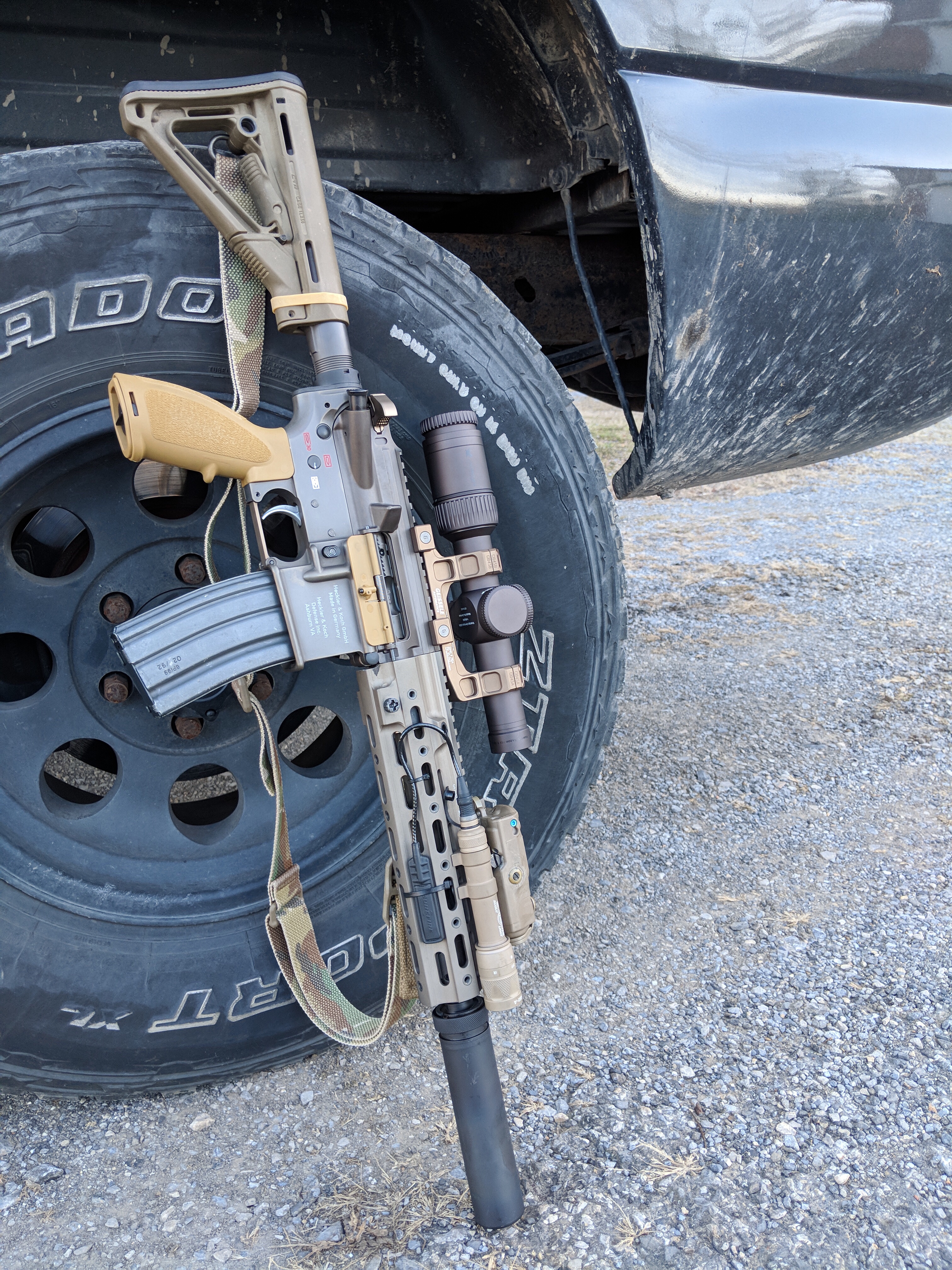