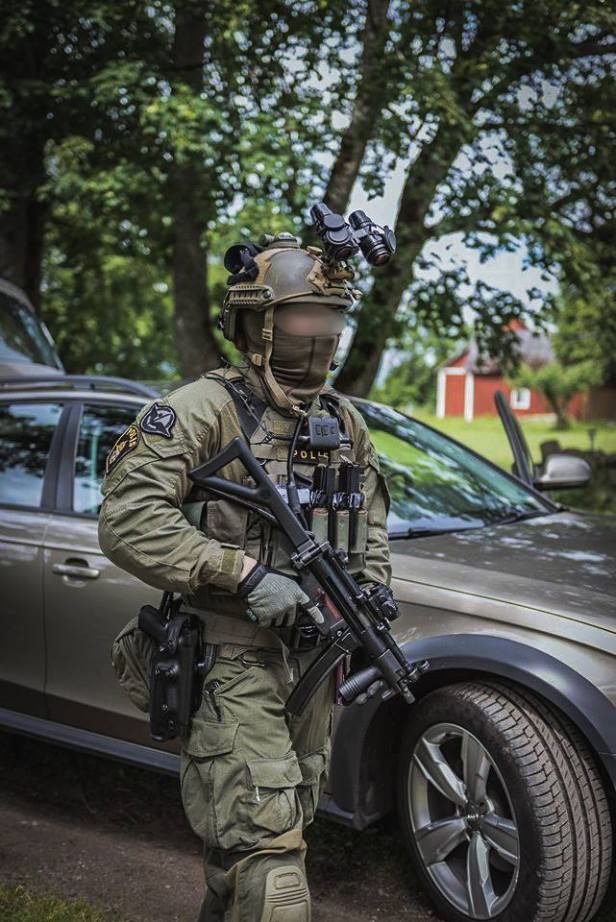 If you’re planning a series on world class Realsim teams, you’d better be sure to line up an interview with Sweden’s SOE before you even start. 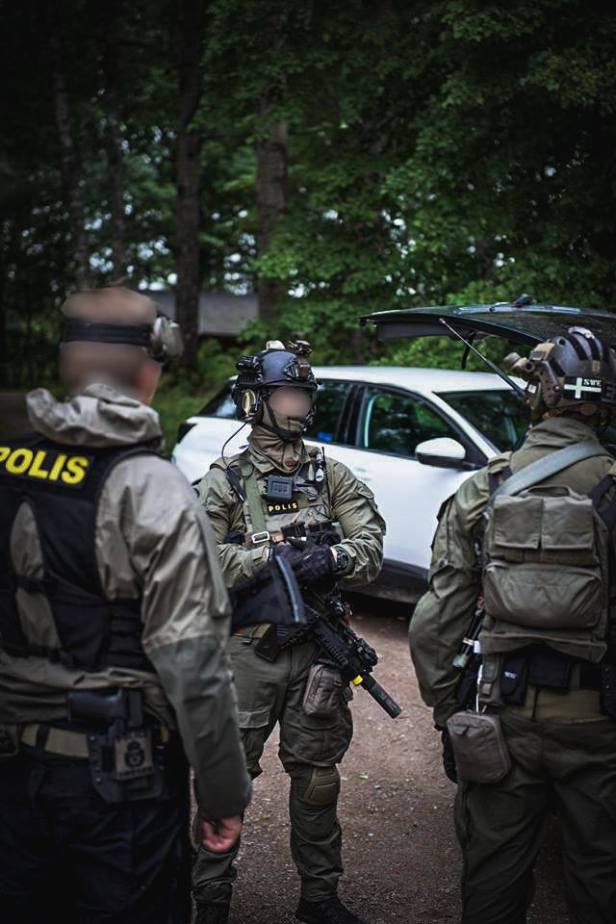 While I was talking to SOE’s E7 – who thankfully remembered the blog – I learned about the team’s move to Ranger Green kits and the LWRC platform. But as if that wasn’t interesting enough, I wanted to go deeper. It wouldn’t be an easy set of questions to formulate or answer, but SOE was up for the challenge.

I’d first interviewed SOE’s E7 back in 2016, in what for me was a paradigm shifting Realsim article. Inspired by Sweden’s Piketen and Ordningspolisens nationella insatsstyrka, at that time the team had also started to develop a military loadout: based on Särskilda Opertationsgruppen (SOG).

Most of the guys on the team are former and active duty military, medical or law enforcement personnel. We use airsoft weapons as training tools, to compliment the training we do at work.

We started to train in SWAT equipment because it had a carry over to our working lives, but also because we didn’t want to do the exact same thing in our spare time as we do in our jobs.

We train the same way in SOE as we would with simunition or blanks in our real jobs. Because we come from different units and workplaces, we can learn from each other and further develop our individual skill sets. We are firm believers in stress inoculation training. We also enjoy spending time together and we like what we do.

I spoke to SOE’s E1 and E7 about change management, the team’s culture and the knowledge exchange which underpins the team’s behaviours. 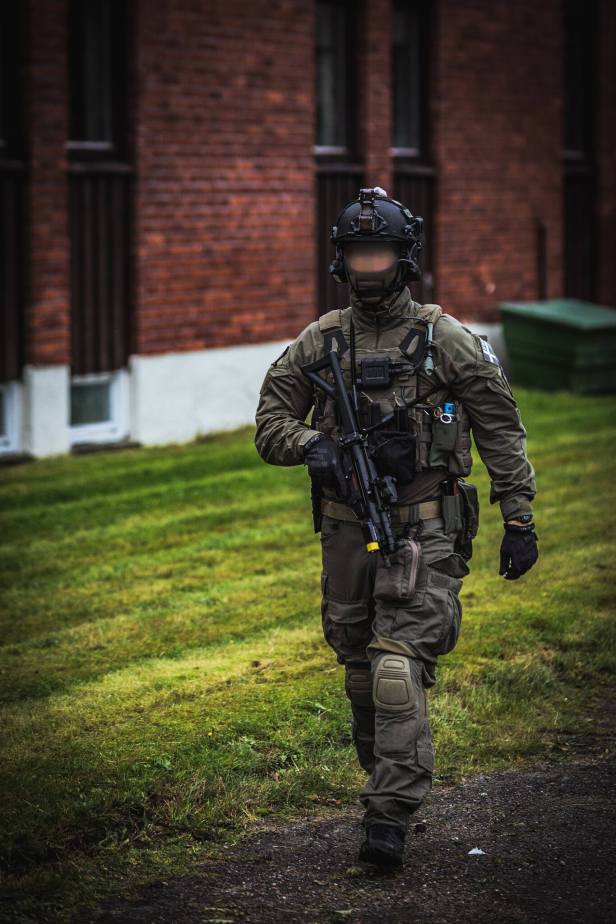 How does SOE ensure consistency in values and attitudes within the group?

With our participation in SOE, we take individual and group responsibility to make each other better. In that respect, consistency comes from a set of shared values and attitudes rather than the other way around. If we have to tell someone to act in a way that’s worthy of SOE, they would not be part of SOE to begin with.

What we definitely don’t want is people who write motivational quotes about bravery and fighting bad people, on Instagram.

SOE’s values and attitudes are best expressed by our actions:

It won’t come as a great surprise to learn that strategic decisions – the direction the team is headed, our outlook, etc – are made democratically.

On the other hand, during scenarios, we have someone playing the role of teamleader and 2IC; but everyone is expected to strive for operational leadership. At any moment the team leader could be “injured or killed” and someone else has to step up and take charge. 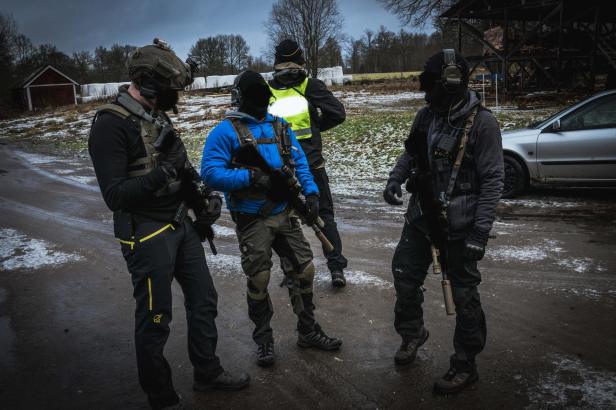 Same question, but about loadouts – how are standards defined which ensure quality and consistency?

We strive for as much RS kit as possible. Since we train as realistically as possible, repro kit isn’t durable enough and often not of the same dimensions and/or weight as the real thing. We fight, drag and abuse our gear to the limits. However, sometimes we use repro kit until we can afford the real stuff; but repro kit is only ever a placeholder. 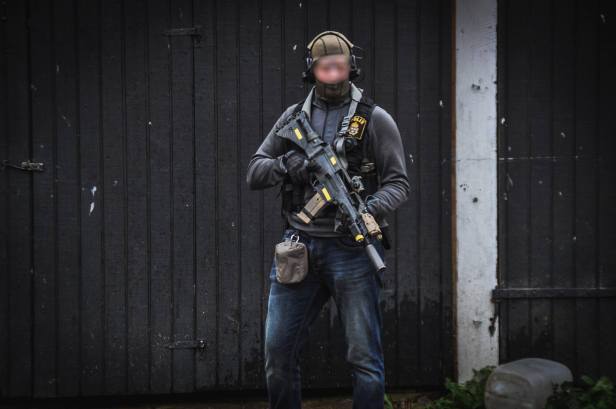 We have reliable sources when it comes to what gear is being used. That said, it’s almost impossible to stay up to date with the kit being used by the real guys. It constantly evolves and mostly consists of high-end gear (which is expensive).

How has the group managed the transition from more traditional black Police kit to Ranger Green loadouts? 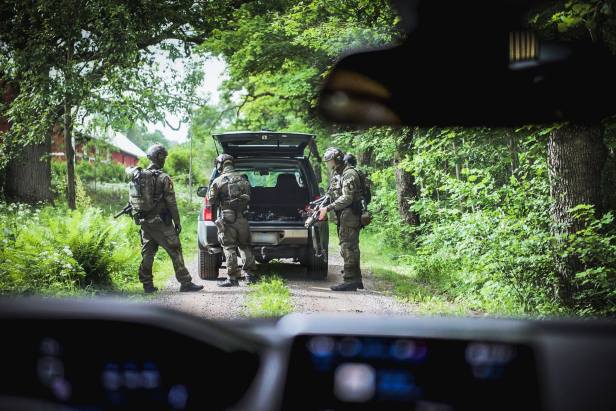 Was it hard dropping a domestic plate carrier brand like Snigel Design in order to standardise on the Crye JPC 2.0?

I think the feelings were mixed about transitioning. Snigel Design is a great company but the change was necessary.

Ranger Green is probably the most sold-out colour when it comes to Crye products. Since Freddy from Hades joined our ranks as S1, he takes care of most of our gear-sourcing. His knowledge about the gear used and how to find it is phenomenal. He makes a great contribution to the team.

Incidentally, Freddy has an up to date SOG (Multicam) loadout, but it’s not something being actively pursued by SOE as a team. 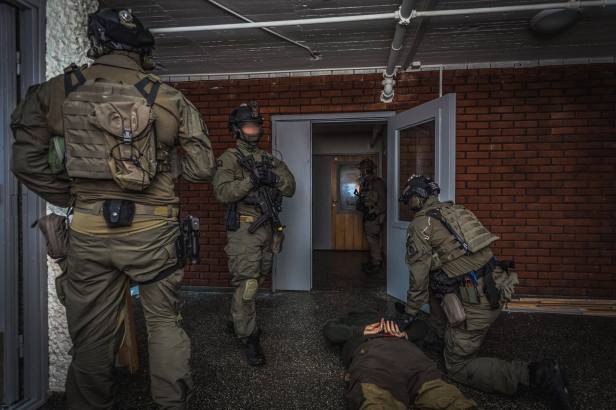 SOE has gained a great following on Instagram, but you don’t play up to the “internet celebrity” template – far from it. What’s different?

The goal has never been and will never be social media, so our following is a happy coincidence.

First and foremost we focus on quality scenarios and training. The images and videos have a much lower priority. Almost all pictures are taken “in game”. We sometimes bring a cameraman to take photos while we do our thing. Other times we train for a whole weekend and almost no media is collected. 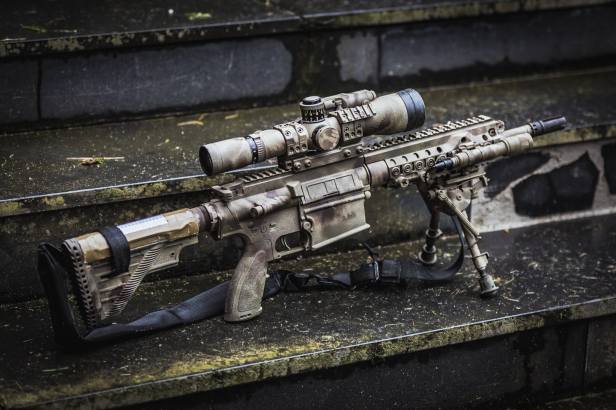 How did the transition from G36 to LWRC go down within the group?

Everyone is happy to see the LWRC being used as the new carbine of choice for Swedish Police and SOF.

However, I think it will take a pretty long time for the whole team to change from G36 to LWRC. It’s very much an economical question. Adding RS parts to 1:1 airsoft replicas is a lengthy and expensive process.

As with other gear, Freddy from Hades is the master when it comes to sourcing RS parts. 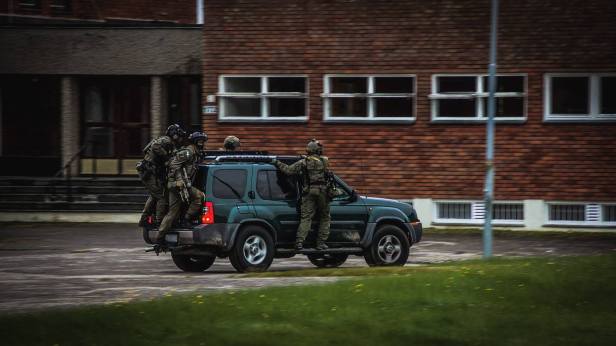 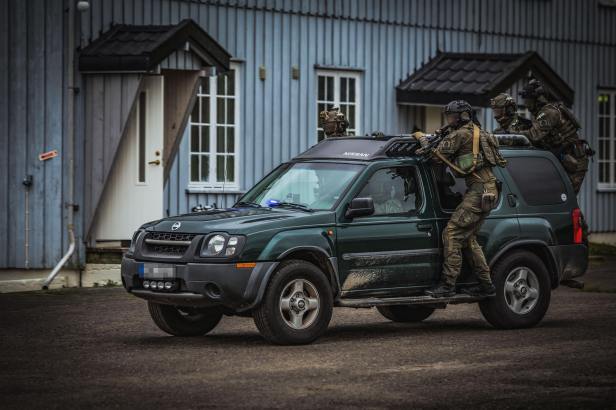 SOE is distinct in that members come from multi-disciplinary LE/AF and medical backgrounds; taking what they’ve learned from each other during re-enactment back to the real world.

Has this initiated recruitment from a wider range of backgrounds, or has the group targeted certain backgrounds where there is a skills gap within the group?

We focus on professional, high quality people first and foremost; the skills they bring to SOE is just a bonus. It’s very important for SOE that we all share the same view on what we do. The only position which required targeted recruitment was our K9 team member.

We do have some skills gaps, but we can’t just set up recruitment posters at regiments and police stations. 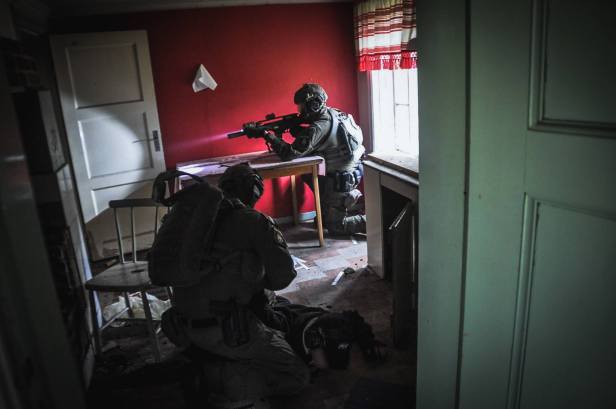 However, there are examples where knowledge transfer has taken place in SOE which has then been used in the real world. Medical skills taught by our nurse have been used by our Police Officers. Likewise, CQB-tactics from our LE have been successfully used by our soldiers – and vice-versa.

During scenarios we identify what we need to improve the next time we train. The wheel is round, so we are never done training.

The LE/AF sector in Sweden is pretty small, so in order to uphold persec we can’t talk about individual specialisms in great detail. Suffice to say we have soldiers, officers, police officers, nurses and more. The combined experience from LE/AF/MED is more than 20 years. 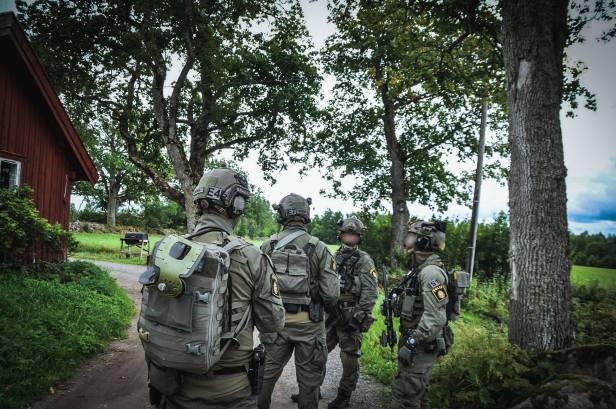 Lastly, what are the group’s future plans?

We are looking forward to Swenor 2018. Last year was dope.

It would be awesome to get a joint op together with our British realsim counterpart E27.

You can catch up on a previous interview with SOE’s E7 here.

Read an interview with Hades’ Freddie here, from before he joined SOE full time.

Get up to date with UKSF realsim collective E27, here. 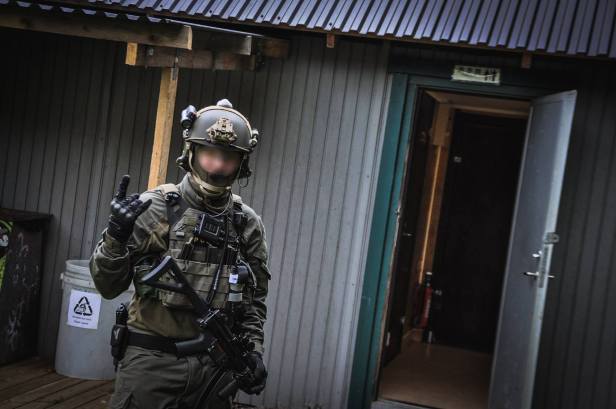