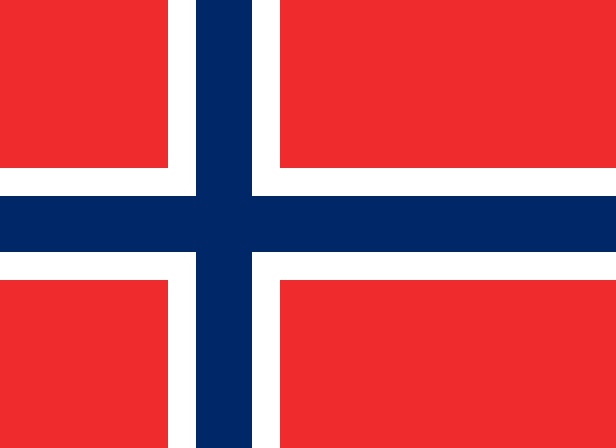 TRH: You formed the team that became Berserkir Mechanized in 2012. Tell me how it happened.

I started playing airsoft in 2011, but it was not until late 2012 we started thinking of forming a team. Two of my friends and I had the rough basics to start our impression. 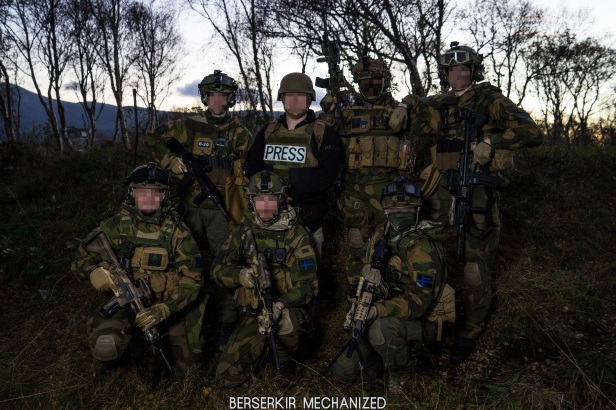 Our first trip to Berget was in 2013. All of us had “complete” HK416N’s by the time it came round – and decent kit. It wasn’t until 2014 we changed name from Berserkir to Berserkir Mechanized, because B34 bought himself the Mercedes…

More on that Mercedes later 🙂

The team focuses on the Norwegian Military. From which units do you draw inspiration?

Our impressions are based on Telemark Battalion (TMBN), but we also take inspiration from other units. Our recon kits are a mix between TMBN and 2nd Battalion (2.Bn). 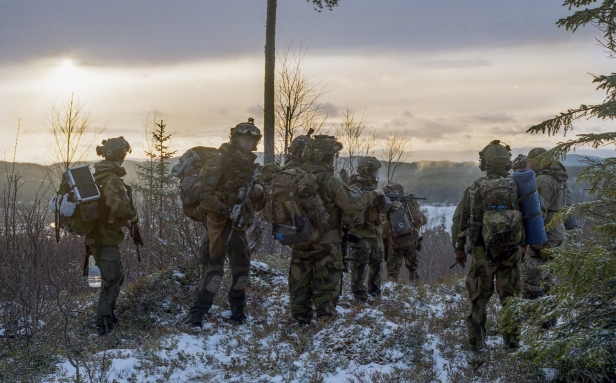 Everyone here knows TMBN and pretty much everyone wants to join in on the fun! If I knew what I know today, I would have fought a lot harder to get in to the army.

Your Facebook and IG pages are incredible resources, rich with inspiring pics. Are there any other social media sources that you draw inspiration from?

Those of us who really focus on details follow pretty much every source we can find on Instagram, Facebook, YouTube or Google. Some of our teammates have served, or are serving the Norwegian Army. We’ve also got friends outside the team who are serving.

The Norwegian Army has its own media archive, which contains a lot of high quality pictures.

Here are some useful links:

http://mediearkiv.forsvaret.no/fotoweb/ is our main source, as this site contains high quality pictures. This site shows pretty much everything from the Norwegian army.

https://www.instagram.com/milforum/ posts pretty much anything military related, but also a lot of Norwegian pictures.

https://www.instagram.com/pvnor/ We all know PVNOR’s IG! Lots of great content, a great mix between issued and non-issued gear. As we do our impression on mostly issued stuff, PVNOR is probably not the best place for us to look for reference material, but I’d say he’s on my Top 5 Instagrammer list as he posts a lot of cool pictures and videos!

From following your IG and FB accounts, I can tell that your camo really suits three season conditions in Norway. It won’t be a surprise to most that it’s a Norwegian design. Tell me about it.

Nkamo (or Norcamo) works wonderfully. The pattern is based on older designs like M75 and M98. Everything we use can be purchased from places like Equipnor:

However, some domestic retailers won’t ship outside Norway. That’s why it seems like Nkamo is restricted – but it isn’t.

How much leeway does the team allow in kit choices?

As long as team members have reference pics for the stuff they use, they can wear what they want. However, use of the M07BA or – if they can’t get their hands on one – the Eagle Maritime CIRAS, is non-negotiable.

NFM makes the original M07BA, and there’s been a ‘few’ replicas made by a dude in Poland that goes by the name Doktor Merwin. Doktor Merwin is also one of the reasons I started the road towards a Norwegian impression, as he made solid replicas for a good price. We didn’t want to use the the NFM Bear vest, as we wanted to replicate the cool guys who had M07BA’s.

Blaster paintjobs must be done properly. Trades, serials, selectors, gas block, barrel, charging handle, etc., have to be masked. Colour and pattern is completely down to user preference.

What’s working so well in your current loadout that you’d encourage others to check it out?

Of all the things, I would say the Aimpoint CompM4. Real steel optics may not be necessary for airsoft and for most it will be way too expensive to get one. All I’ve got to say is save up and find one second hand! No more fogging up, no more dots that are way to bright and no more replicas which unscrew themselves and fall off. And, if you’re afraid that someone will shoot out the expensive optic, get an Aimpoint/Tenebraex killflash.

Most of our gear is pretty much where we want it to be. But the team needs more practice and fitness training to work even better out in the field. 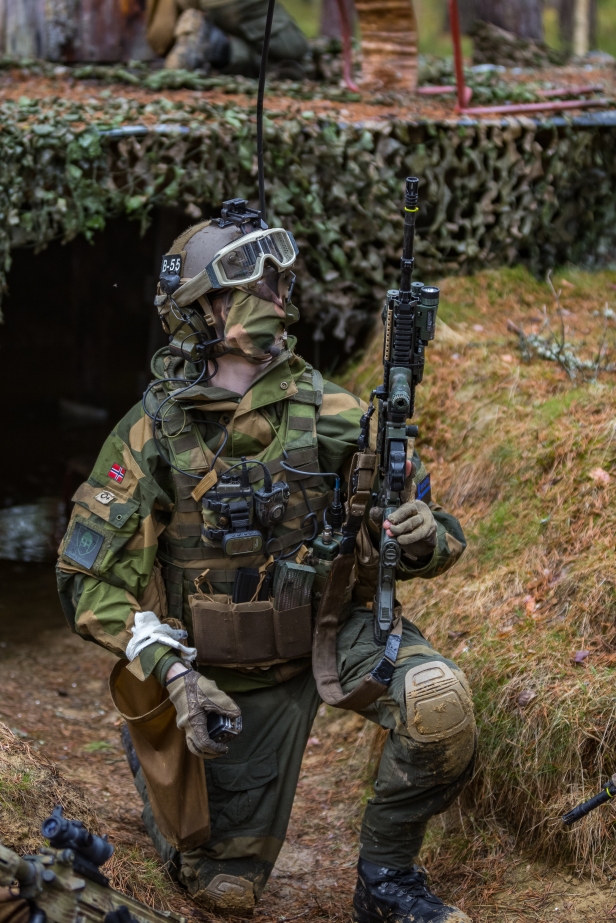 You carry pretty much all of your gear up top, with only your dump pouch located on your duty belt. Not one who spreads the load between PC and battle belt?

Before we got the Mercedes I used to run a battle belt, carrying my pistol, ammo and medic pouches etc., but having a battle belt when you have to be be fast and fluid out of the car? The battle belt is pretty much a big obstacle.

Some members still run battle belts, but I don’t set it as a requirement for my team. The M07’s can carry quite a lot and still be comfortable to wear.

I interviewed Freddy from HADES recently. He highlighted a decent 65l bergan as essential for Realsim events. I notice you guys like your backpacks, too; issued item or upgrade?

When you attend regular Sunday skirmishes, do you wear full kit of slim it down?

It actually depends on the mood, I’d say. I’ve got loads of kit to choose from!

I mostly use my primary kit, though, with either 416 or MINIMI configuration and then when I’m not in the mood for using the M07BA, I use my Shellback Banshee or NFM Heidrun.

That’s the fun part of being a collector, as well as a player.

What does your snow camo loadout comprise?

We have the issued white jackets and pants that we pull over the regular uniform. We dirty these up and sometimes paint/dust them with a simple mesh pattern, in mud brown and green. A completely white outfit actually can look unnatural.

I’ve played a lot of winter games. I’ve used heat pads in the 416N buttstock to keep the batteries nice and warm (before upgrading to the Slimline buttstock obviously). And a general rule of thumb: don’t point the barrel up, so it fills with snow/water. Never had any major issues with my NGRS in low temperature games. My dad managed to break the lower receiver on my NGRS M4 CQB in a winter game once, but that doesn’t count, lol… If your loadout didn’t include a 416, would you still use one?

It depends. I’m all in for impressions and the details have to be right. If the kit allowwd me to use an HK416 then I would use it. If the C8SFW was correct for my loadout, I would build one.

However, I love my HK416 and if it was just a regular Sunday skirmish, where the kit is not that important, I would use a 416 out of choice…with an Aimpoint! I have to say it again – the Aimpoint is just awesome. 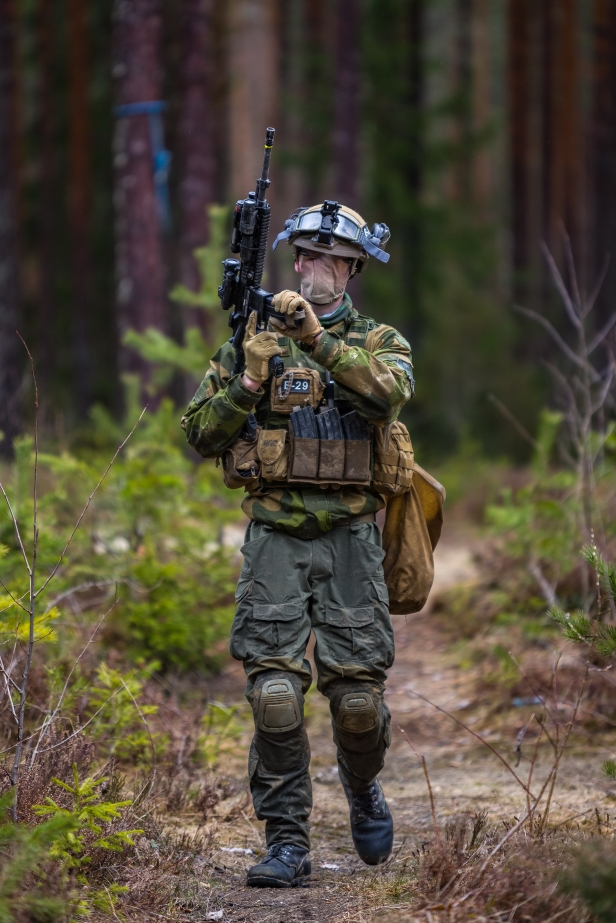 Like me, you love your RS blaster parts. What’s your favourite addition to the 416N?

How about my favourite three RS additions? 🙂

One: I got to say it just once more – Aimpoints are just awesome.

Two: HK Slimline Stock; such an improvement upon the older variant.

Three: HK416 quad rail. Is it worth to upgrading it from the TM original rail? Probably not, but I love it!

I already know the answer to this, but for the purposes of this interview, fake or naturally worn paint?

Bro-tip – don’t be afraid of using the gun and the beautiful wear will come by itself.

Also, if you play on moist/rainy days, the paint will flake/scrub off more easily as well.

Tell me about that awesome Mercedes you guys cruise around in.

The Mercedes is a massive work in progress. We’re doing our very best to make it look something like the Norwegian Army Mercedes Multi II / III. It has gotten quite a few upgrades since B34 bought it. 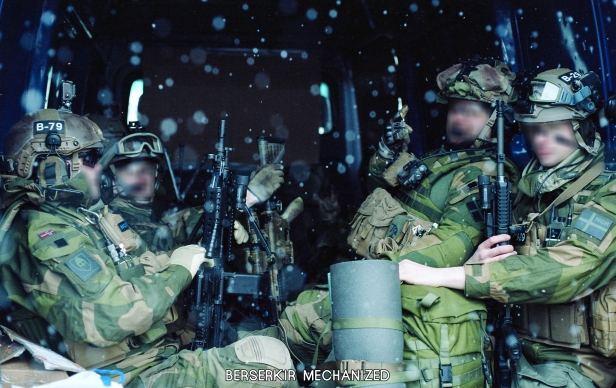 He’s lifted it quite a bit, obviously with 35″ wheels. Just recently it was repainted in the same pattern he bought it in. He also swapped the engine to a 3.0 litre Turbo Diesel, which made it a whole lot easier to drive. A 2.4 litre diesel engine for a car that big is pointless. There are so many things he has done to it and I cant wait to see the “final” result!

At this year’s Berget we found out that it has room for 7 people fully kitted up without any major issues: 2 in the front – driver and team leader. 1 up top – the gunner. And 4 in the back. We can squeeze in one more, but then it’s fully loaded. 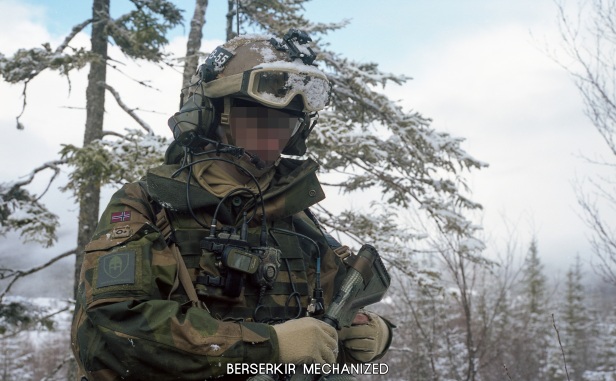 I asked Ola from HHK this question. What’s it like to be from one of the few countries which can genuinely claim Viking heritage?

We use a Vikings helmet in our logo, and that’s pretty much it.

I am actually a bit tired of all this Viking talk, especially those who come to us and says “Til Valhall!” etc. I believe that’s something that belongs to the true warriors out there. After all, we’re just airsofters.

Don’t get me wrong though, I’m a big fan of Norse mythology and history. It’s also a reason why I chose a Viking helmet without horns for our logo 🙂

Massive thanks, once more, to Roar!