I had some money and some luck. I stumbled upon not one, but two of these mounts. Knowing these are rare in Europe I took them both. One for me and one for HHK team mate Ola Coltsfoot.

Here are our blasters, featuring the new mounts: 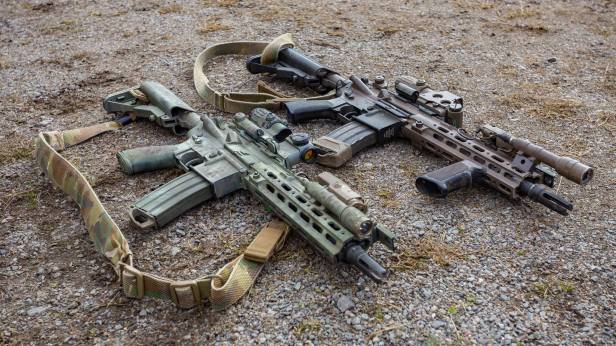 I felt like a kid with a new box of Lego as I travelled home with these mounts and some other stuff I picked up the same day. When I came home, I dropped everything and started installing the mount on my Tokyo Marui NGRS HK416.

The Wilcox mount is designed to be a mount for magnifiers like EOTech and Aimpoint, thermal optics and NODs. It has a dovetail shoe interface. 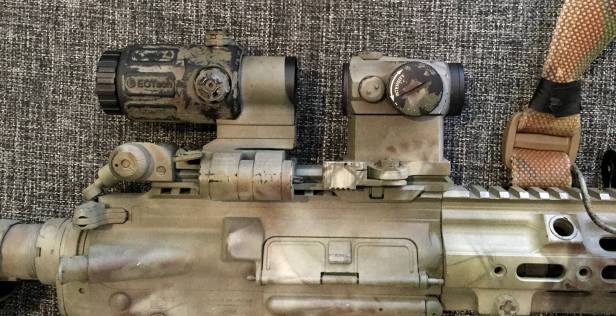 The installation is pretty simple. You unscrew the G33 from it’s original mount with its two screws, and put it on the dovetail piece from the Wilcox kit. As with EOTech’s original mount, you can choose to have the G33 in a low state, or insert a 7mm riser piece to make it cooperate with higher optics; in this case an Aimpoint T1 on a LaRue LT660 mount. After this, you place it on your weapon behind your optic. Tighten the two screws on the side of the riser and you’re finished!

However, you may opt to use Wilcox’s riser which is included in the package as I have done here.

While Wilcox’s riser is predesigned to suit an EOTech EXPS-model, EOTech G23/G33 and rear BUIS, it works flawlessly with other optics – like the Aimpoint Micro T1. You also get a little riser for your front BUIS, since the rear BUIS is a little higher when mounted on the Wilcox mount. 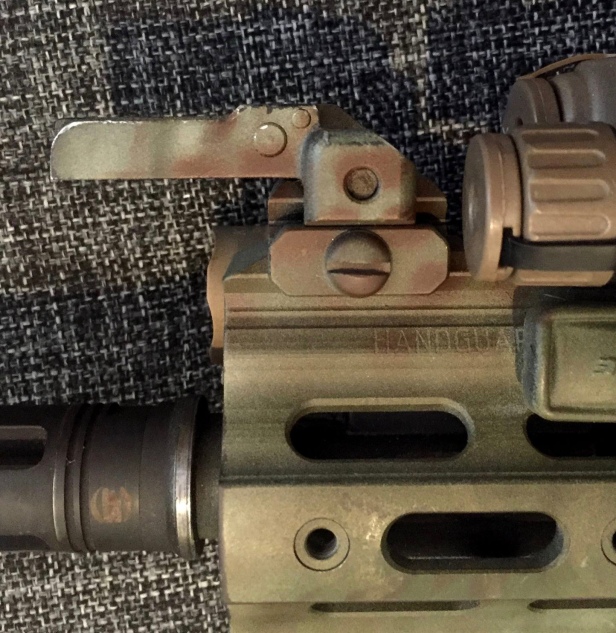 The Wilcox mount is a “force to overcome” flip to side/switch to side mount, meaning that you just use your hand to push it to the side. It is incredibly robust and there is no wobble at all in either position.

G33 in its two positions: 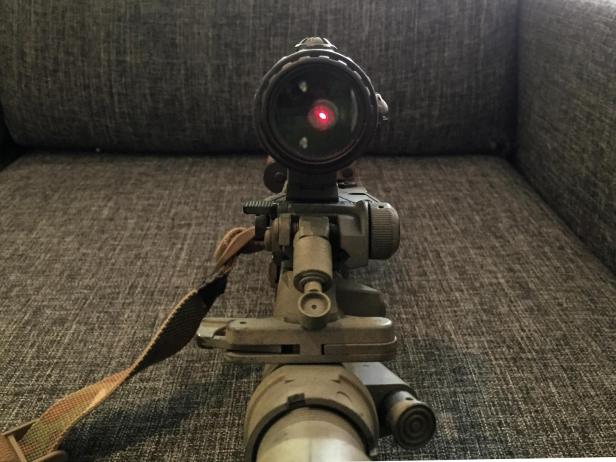 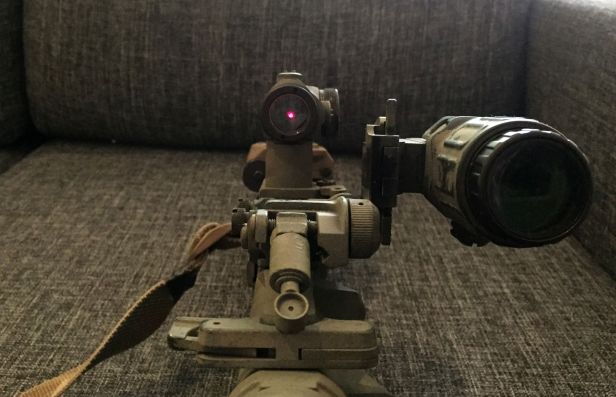 One of the features that makes this mount innovative, is the fact that you can press the clamp behind the G33 optic and remove the magnifier without dismounting the mount. In a CQB environment you don’t need the G33, so why not remove it and put it in a pocket? The mount has such a low profile and low weight that you won’t even know it’s there.

The only downside to this mount, compared to EOTech’s original G33 mount, is that the G33 will be projected further away from the aiming optic: resulting in a larger profile. I haven’t had a problem with the larger profile yet and since one can remove the G33 completely when entering confined areas, this downside can be mitigated.

All in all I am very happy with my purchase and I’m looking forward to switching between short and medium distances at upcoming events.

I’ll also be looking for a dovetail mount for my PVS-14, so I can use it together with the IR dot on the Aimpoint Micro T1. I haven’t seen anything which does the job lately, so maybe I’ll have to ask around for someone to make it for me…

Big thanks to Joe for allowing his review to be published on The Reptile House Blog.

Also, a big thanks to Roar Stene for use of a couple of his pics.