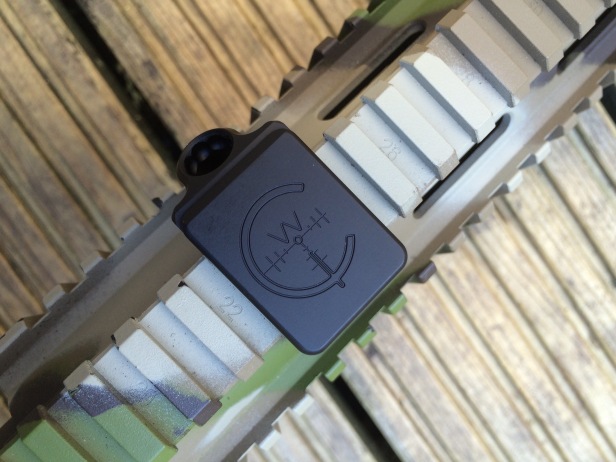 I’m a bugger for buying new stuff I really don’t need in the name of optimisation.

Most of the time, after testing, I stick with what I’ve got and the new thing goes to good home. I suppose it’s one way of assuring that where they do exist, marginal gains are exploited.

But, when the new thing turns out to be no better than the old thing, it also validates the current blaster evolution as the optimum.

It can be an expensive way to do things, so when I spot something relatively inexpensive which appears to be better than something I already own, I’m on it.

I’ve been using a Magpul RSA QD sling mount for some time. Long enough to know it’s a great product: 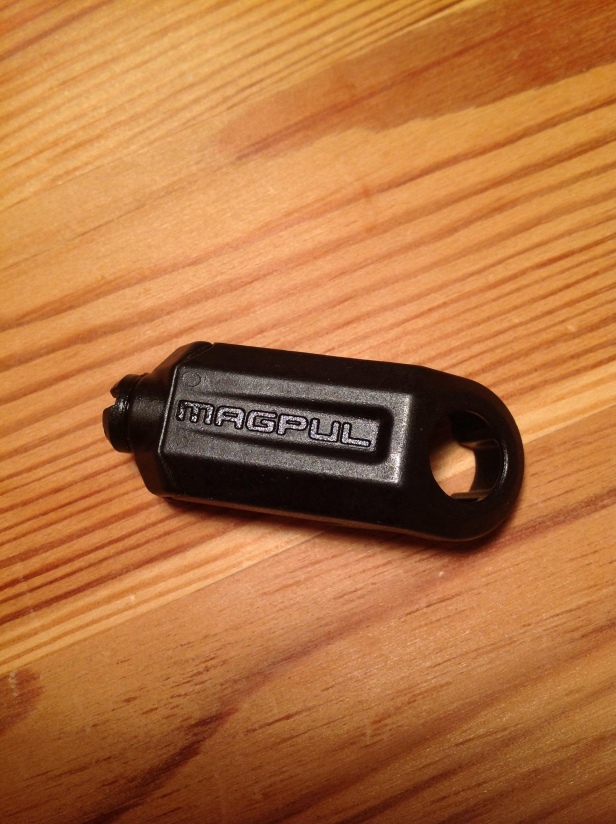 It represents a type of sling mount – sometimes called ‘offset’ – which exhibits an angled and rotation limited socket. The angle is said to work better with two point slings than traditional 90 degree mounts and I find the weapon does hang better. Additionally, being rotation limited means your sling does’t get twisted.

This type of mount also exhibits a lower profile. It doesn’t add bulk to the side of your blaster; it’s tucked away nearer the weapon’s centre line.

It’s now quite common to see this configuration used in the integral QD sockets of modern rails. However, because mounts like the Magpul RSA QD are portable, you can affix them to multiple blasters and choose the site at which they are located – thus optimising ergonomics. For me, there’s a certain sweet spot on the 12 O’clock rail, which I find works best.

The Magpul RSA QD has been working really well for me. However, if we’re looking to trim the fat, it’s not the lightest mount out there. I don’t think it’s the lowest profile, either. 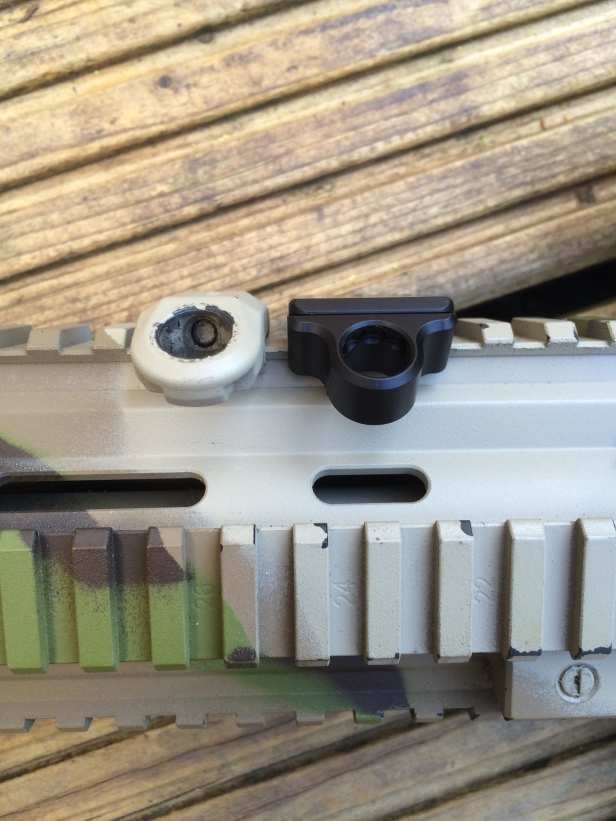 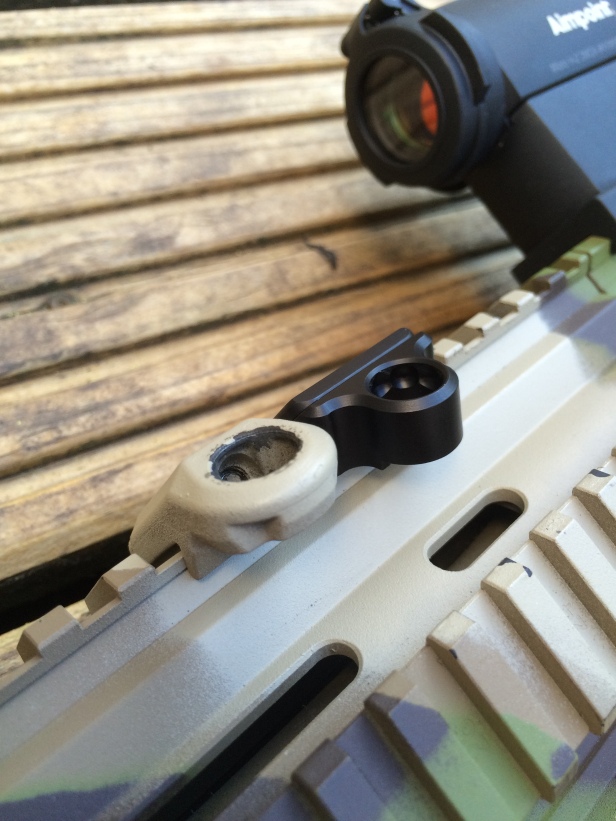 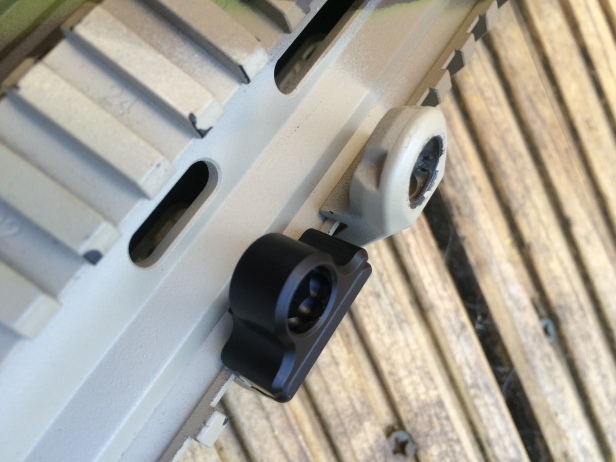 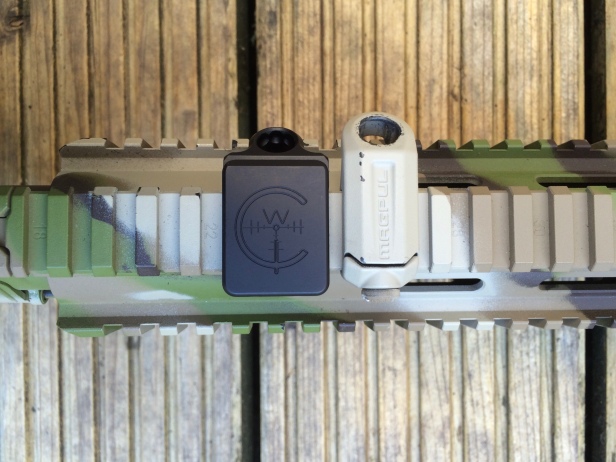 The IWC sits closer to the rail than the Magpul in two ways: though wider, its body is flatter. Secondly, the angle of the QD socket is a true 45 degrees. So it’s tucked in, towards the blaster’s centre line, to a greater extent than the Magpul.

It has two allen key fixing bolts, to the Magpul’s single flat head screw. The IWC is a two-piece design. A feature it shares with the Magpul.

Naturally, it’s rotation limited, but it achieves this through use of detente scoops: 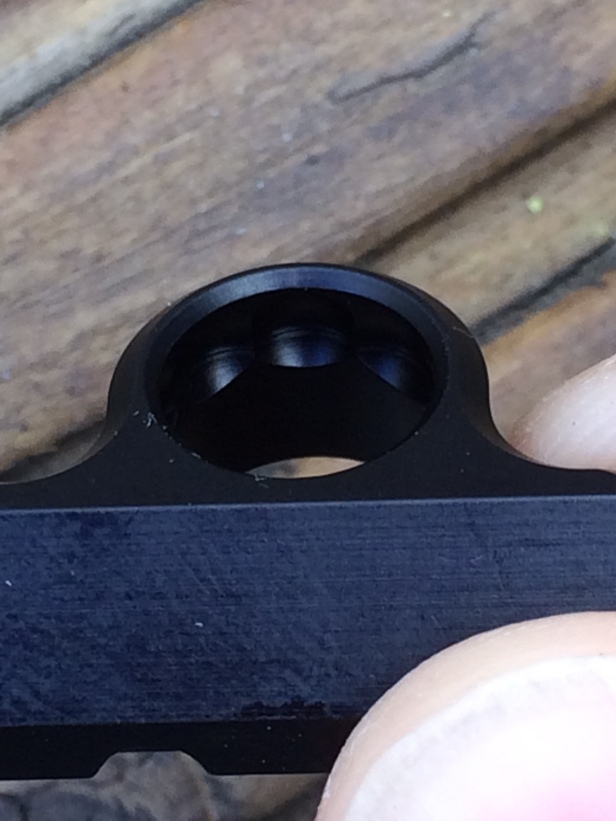 This adds functionality in that you can set the sling’s QD unit at any angle you like, rather that having to choose a quadrant like standard rotation limited sockets.

Incidentally, this is the same method IWC uses on the small parts it makes for the Haley Strategic D3 Sling.

Unlike the Magpul, which is steel, IWC’s mount is aluminium. This is where the weight saving lies.

I should also point out that it’s beautifully CNC’d and anodised. 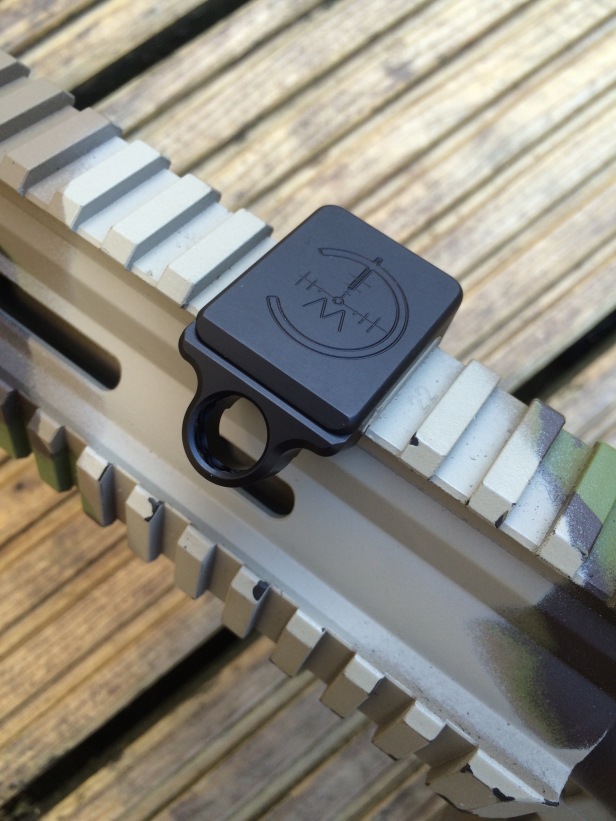 Here’s how it looks, zoomed out and with my new LaRue HK416-specific Aimpoint Micro mount. Sets things off nicely: 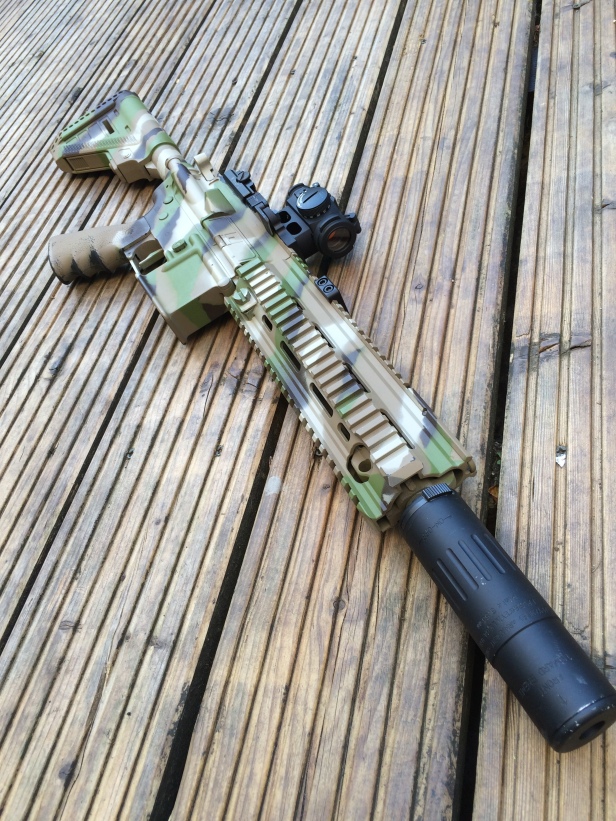 Packaging is simple, just a ziploc bag with the mount, an imperial allen key and a product description/instructions: 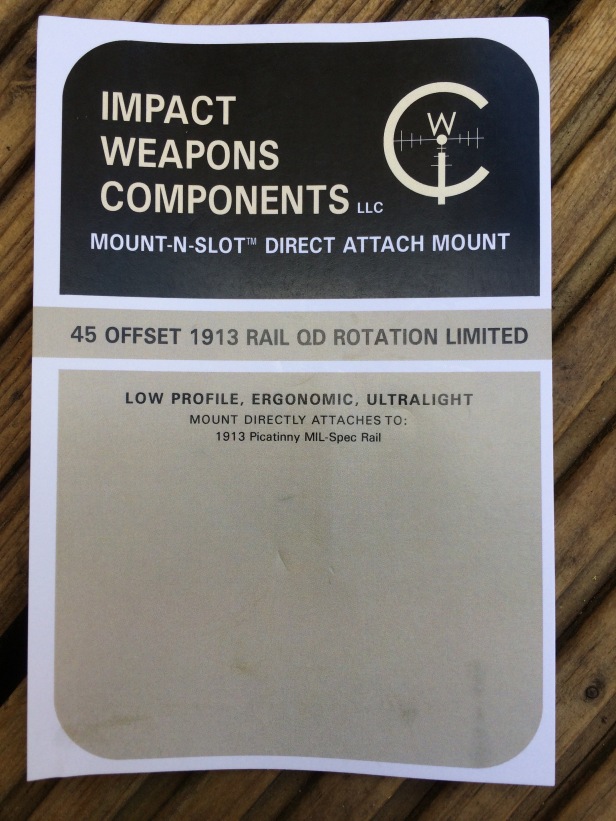 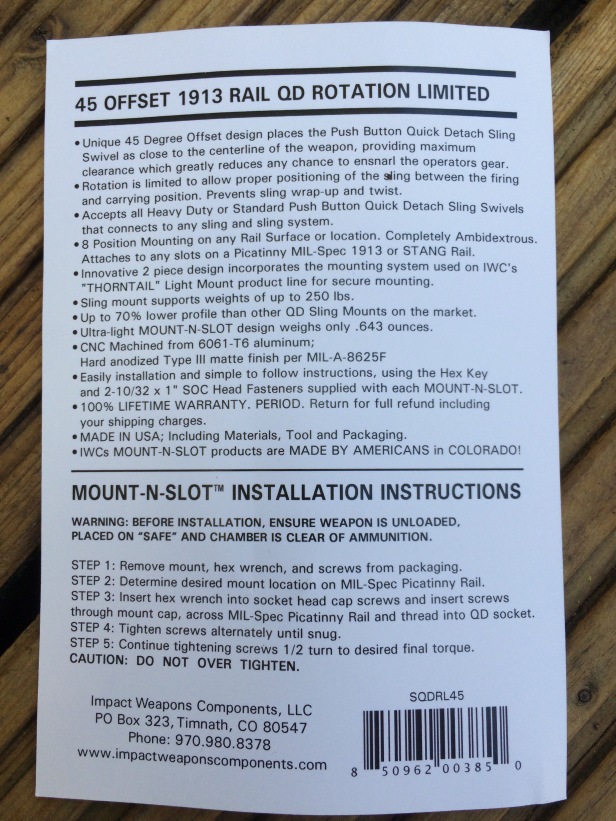 I need to use the IWC in a game before I know if it’s a keeper, but I’ve got a good feeling about it. 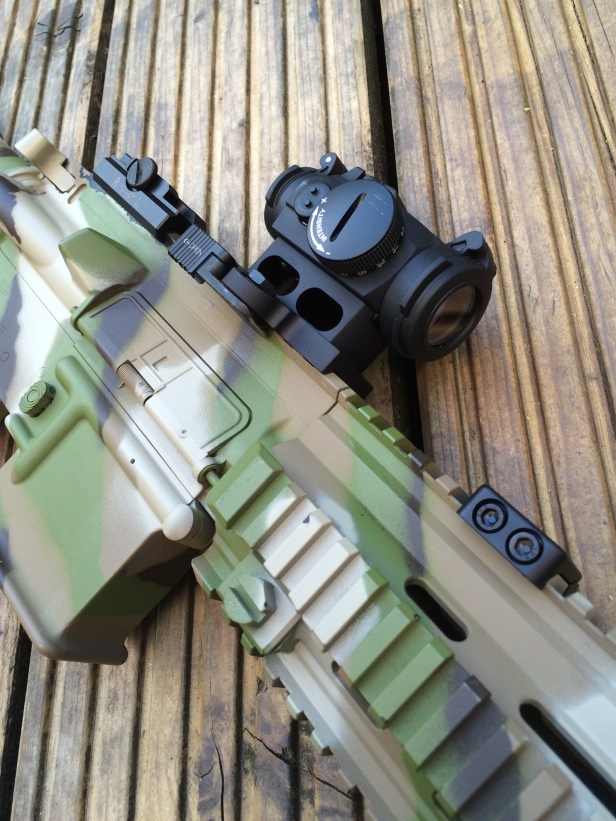