Skip to content
Date: May 1, 2016Author: The Reptile House

When I first tried the PTW platform I was no stranger to its dark side. Constant failures and problems left me uninspired with the whole system, so I cut my teeth with the TM recoil shock of which I built 2. Both outfitted with Spectre Mosfets and other pieces to make them perform really quite exceptionally. 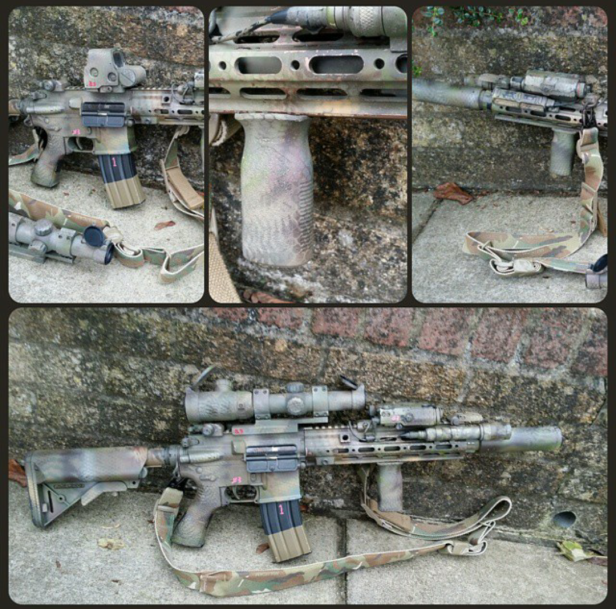 However for whatever reason whenever handling one of the other team members’ PTWs (see Andy C11’s MARSOC blaster as previously featured or Ben C02’s CAG 416 also as previously featured, before it was smashed to bits – soon to be resurrected though!) I thought I had maybe written off PTWs too hastily.

So I decided to jump ship back to the PTW and do it right second time round. I picked up a fully Tac’d 2012 Max II package in immaculate condition and resolved to build a monster. As I did not have access to a mortgage to 416-up the already pricey blaster, I danced around the idea of building a straight Block II CQBR as I’ve done before (fits most impressions, wide SOF use, what was not to like?)

Then my team mate Ben introduced me to the world of the aftermarket drop in, which has become more and more popular amongst hitters in the field. Its the concept of taking an issued rifle and dropping-in hardware variations (rails, stock, grips etc.) to better suit the shooter. In some cases, operators mimic their personal, at-home domestic blaster. This also appears prevalent in US homeland forces, such as FBI HRT and was starting to show with international units, NSW and SFG ODA etc. 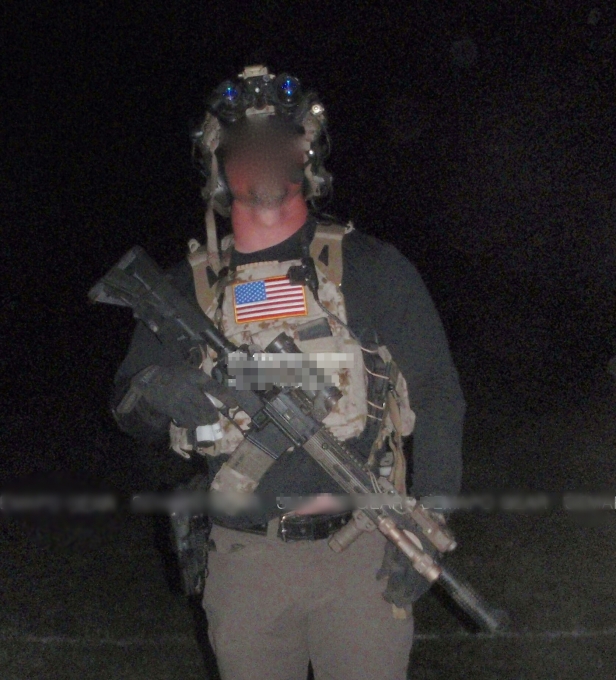 This changed the playing field completely; I was now open to all types of rails and accessories I hadn’t even contemplated. Troy, Geissele and many other were now in the fray.

Eventually this picture from a Jeff Gurwitch article in Defense Review swayed me: 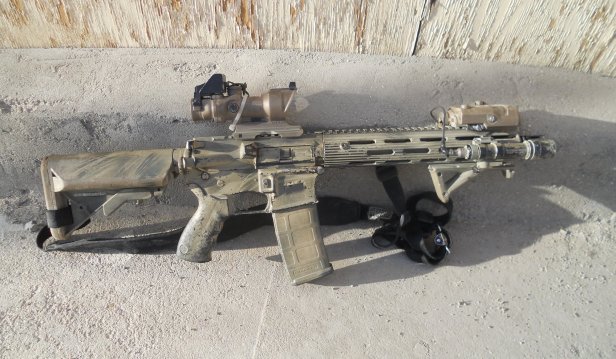 The concept of tubular rails always intrigued me but I had heard mixed things about the Troy TRX’s cooling vent design. That was where the Troy VTAC Alpha found its perfect niche with me. It was a light, tubular RIS system with M-lok compatible slots like those I’d become used to navigating on my 416 Geissele SMR build.

After acquiring an RS VTAC Alpha, I did not regret it.

Firstly its fit was so easy to facilitate. Its solid and takes lbs off the front end, which is perfect for my style as I try to be as minimal as possible within the confines of my weapons and impression. This helps ensure that I can keep up intensity in the field, without getting fatigued.

In terms of aftermarket furniture I have also tinkered with grips, torch positions, PEQ positions etc. I have always wanted to maximise the effectiveness and handling of my primary.

Since I’ve had this blaster it has seen a few tweaks. Firstly with a vertical grip, then slick then back to a vertical grip in a different position; the torch moved from 2 O’ clock to 4 O’clock and a thumb switch used instead of a tape switch and then back again…. you get the picture….

As it stands now, it handles most comfortably for me running the Magpul AFG. However this has been modified further, as I drilled through the AFG to direct mount it to the bottom of the rail, rather than attach a rail segment – as I felt it widened the profile and threw off my personal grip size.

The PEQ and illuminator are pretty standard; running an Invisible Sight PEQ 15 Gen 2 which is still in my opinion the best replica PEQ unit available. The torch is a Surefire M600v allowing for IR use alongside NODs. It is mounted on a Hayley Strategic Drop wing to clear my hand position when handling the weapon. I added an aftermarket body to the torch, the Arisaka 600 which has a thinner and lighter profile than the stock Surefire body and removes the odd angles that allow the torch to be run off the stock thumbscrew mount (which I don’t recall doing ever). 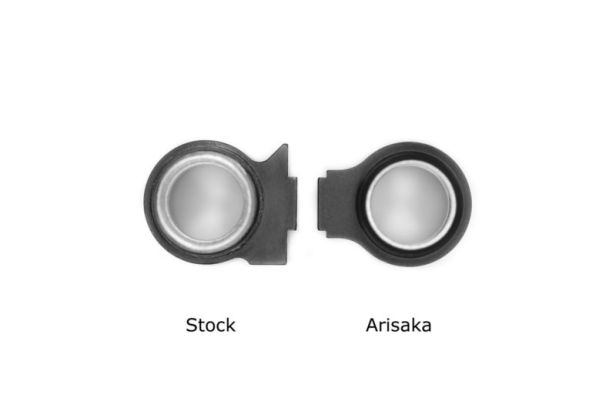 For optics I sourced an Aimpoint T1 as it was (and arguably still is) the premier optic for weight saving and quality. I ran it until I came across the lesser known brand Holosun who had an almost identical optic to the T1 – the HS403GL. After getting hands on with one from a team mate at an op, I saw no reason not to pick one up and sell on the T1 to invest in other projects.

The only reason I would change again now would be to pick up an Aimpoint T2 which provides notably clearer sight pictures (with less of a blue-ish hue through the scope) and does not skew or distort under magnification. (Note: for protection I originally ran an FCC lens protector on my T1 but it fell off during a weekend, so it has been replaced by the IMO better designed Guns Modify lens protector which has now been transferred onto my Holosun)

The body and the remaining furniture are pretty standard for a mil SBR: Angry Gun Surefire SF4P-556 flashider with an Angry Gun Surefire M556-RC suppressor primarily for cool guy points (it is one of the nicest made useless attachments I have ever put on a weapon).

A HAO ‘mk18’-correct 10.3″ outer barrel has been installed which, for an aluminium barrel, has an almost identical colour to the parkerized steel OEM barrel; whilst saving massive amounts of weight.

Pistol grip is a modded RS Hogue over moulded grip. I don’t rate any other grip as highly for op-long comfort.

For the stock, I stuck with the Magpul CTR. It provides a solid cheek weld and is light as a feather. 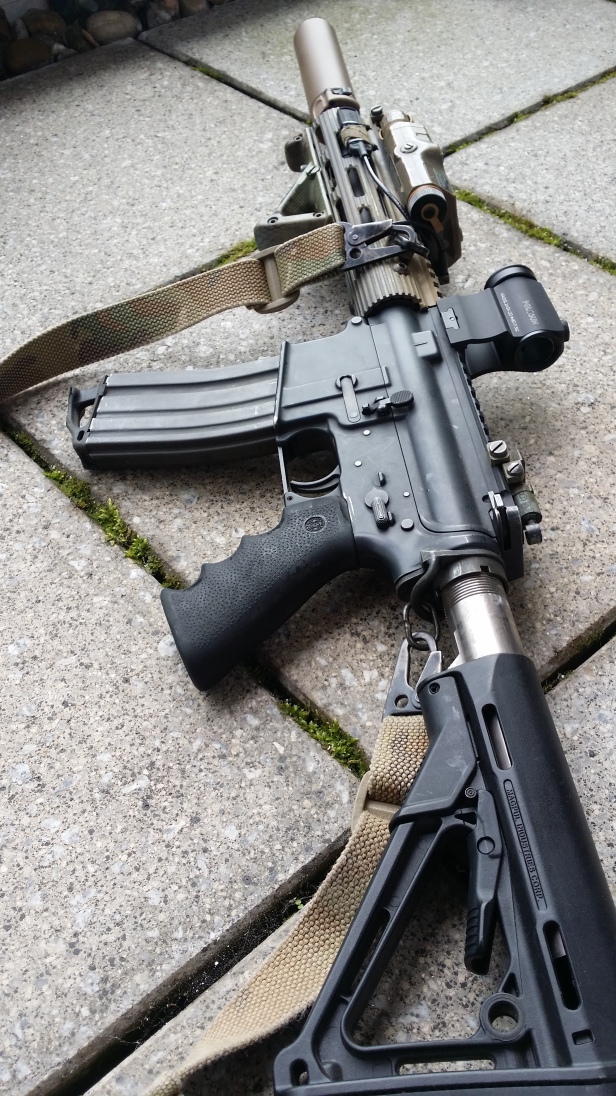 The only major change incoming is that the body will eventually be swapped out for a HAO Colt stamped 7075-T6 receiver set, to provide a more indestructible foundation.

As history has shown within our team, we don’t baby our PTWs. We run all our kit very hard and it has ended badly before (rest in pieces, Ben’s original 416). Therefore I am going to try and pre-empt that possibility.

After the HAO set is fitted, the gun will be sprayed up good and then fielded over and over until it naturally degrades, as I am not a fan of artificial wear and tear. 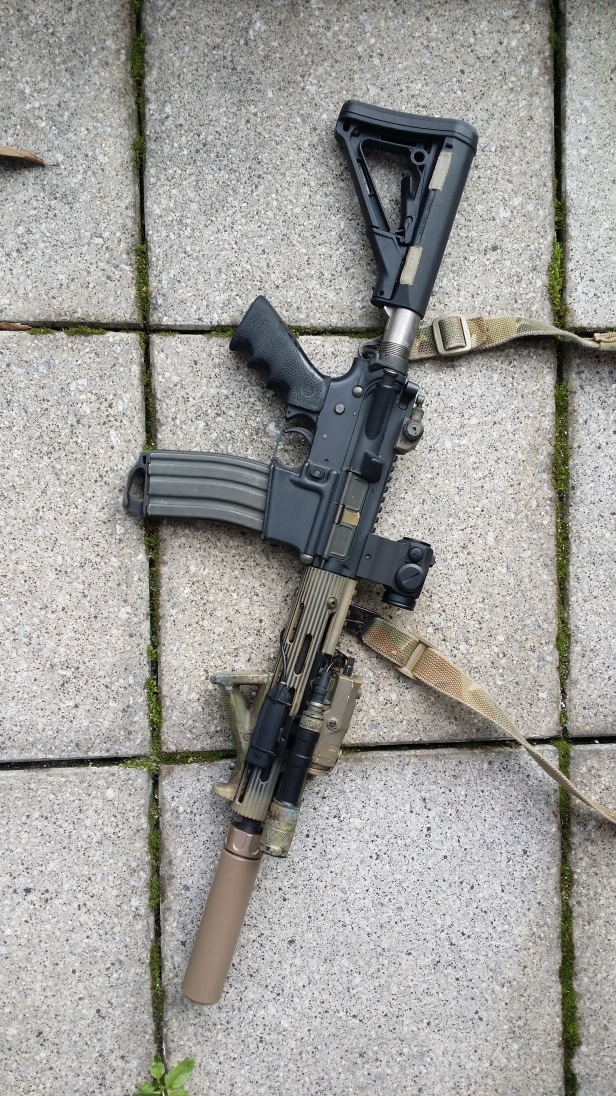 Massive, massive thanks to Tom for this magnum opus!

It’s rare I can post a blog which is so complete, without any significant input from me. A great deal of work has gone into Tom’s narrative and I found the decision making fascinating.

I’m looking forward to updating this one when the HAO receiver set goes on and it’s painted. What an awesome blaster 🙂