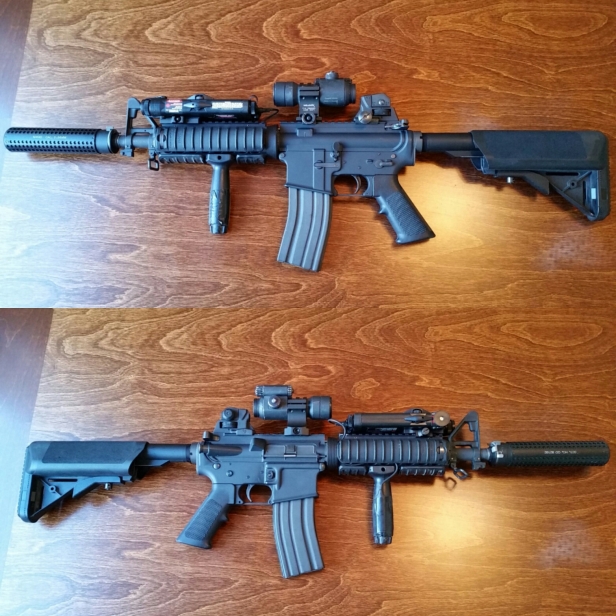 “A few of my friends have told me I should paint the blaster, but I like it as is.”

When I spotted Ville’s blaster, the simplicity really appealed to me. Regular readers will know that TRH blog loves a good paint job. But sometimes The Black Rifle needs to be exactly that.

Ran an M4A1 for most of 2015, so decided to try out something new towards the end of the year. Found a few good pics online (Lone Survivor and some actual reference photos), settled on what to build and went for it.

A couple of months ago I wanted to add a little personal touch to it, as im not a huge fan of the crane-type stock. I changed out the standard systema crane stock and pistol grip to what they are now. Not only does it look fantastic, but it feels even better which is what matters to me.” 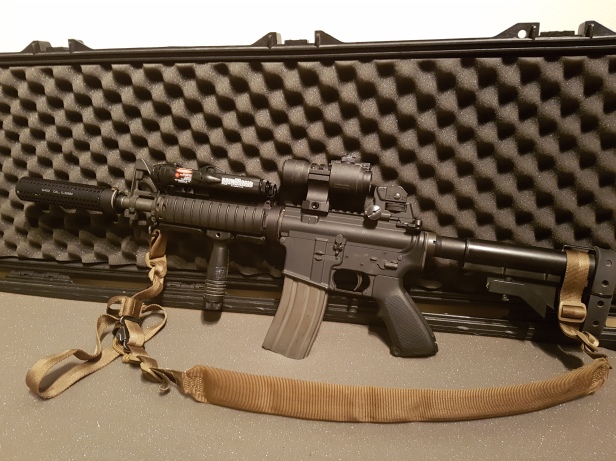 This blaster started life as a Systema Value Kit 1. A really cost effective way to build a PTW from scratch:

“The lower was assembled by one of my UK teammates Oli.”

I’ve played a couple of Hit Takers games with Oli, but since I’ve been out of airsoft I hadn’t realised that he’d broadened his horizons by attending games on mainland Europe.

I was really pleased to hear this. Not only is Oli a great player and an excellent ambassador for UK airsoft, but he and Ville (and another great guy I met at Hit Takers games, Josh) are part of what I can only describe as an ‘internationalist’ team. 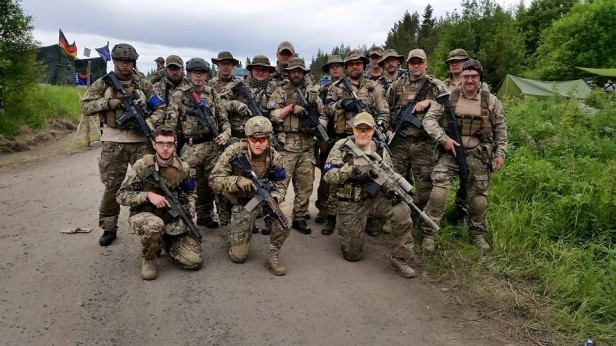 “The only part I changed out was the stock Kumi motor for a Tac rewound 480.

Everything else was assembled by me (including hop mod). Running a blue Systema cylinder (older 2008 one) with an M130 spring. Shoots rediculously stable at 1.7 joules with 0.3g, velocity deviation is less than 0.5m/s between shots.

I have it set for international games like Berget and Border War.” 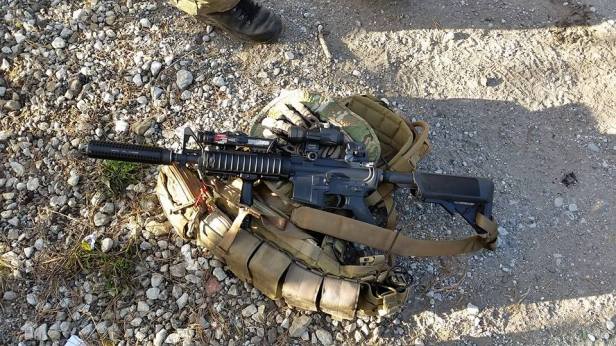 It also shoots like a dream. The only thing I want to do to it is either change the body for an SGT, or have some trades put on the Systema body.”

Thanks to Ville for words and pics.