We already know from in the wild pics and from articles by insiders like Jeff Gurwitch, that USSOF are allowed a great deal of latitude in equipping their blasters with non-issued civilian aftermarket accessories.

But, what if the constraints were totally removed?

Maybe the closest we can get to knowing is by looking at what’s trending on the blasters wielded by retired SOF, who are in the public eye.

These guys don’t necessarily need SBRs to fight house to house, or IR aiming devices for use with NVGs. They don’t need to go quiet with suppressors.

They do, however, favour KISS builds with tube rails, BUIS and modern optics.

Here are  just a few of these builds. 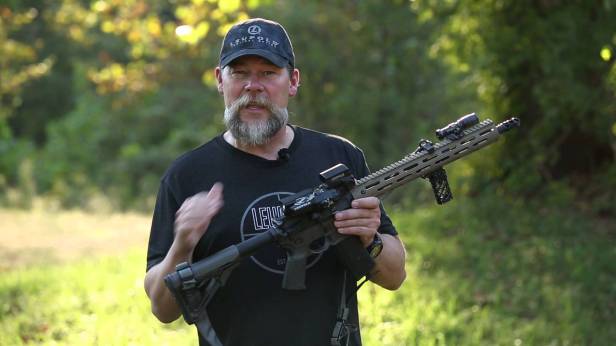 In a recent pic, Larry Vickers uses his blaster equipped with a BCM KMR, BCM stock, T1 on a DD mount and matching DD fixed BUIS: 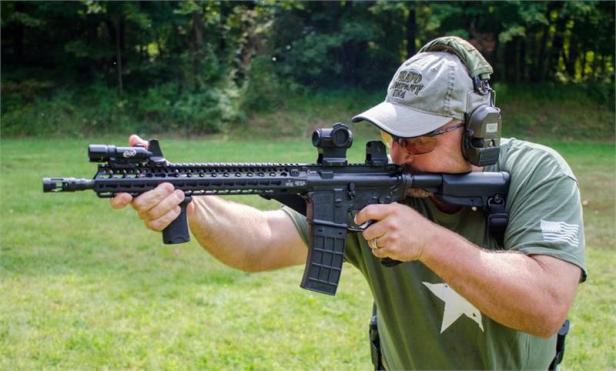 Mr. Vickers put out a signature DDM4 with Daniel Defense a few years ago, but I’ve deliberately omitted full-on ‘signature’ builds, because where there’s a signature there’s an endorsement.

Does that skew the build of a blaster?

Mr. Lamb and Mr. Vickers are taste-makers – in both civilian and military sectors. Their endorsement is important to sales, yes. But, on the other hand, their endorsement gets them a seat at the table where they make decisions with product designers.

To put it another way, what’s the likelihood we’d have tube rails and know the truth about the combat reliability of a certain brand of optic, if it was left to product designers? We’d probably end up with eight-sided RIS and holographic BUIS 🙂

On that subject, I spotted this opinion from Mark Owen on IG:

So let’s have a look at his current blasters…

Bucking the trend by going SBR, dispensing with BUIS (like he did in his ST6 days) and sticking with Eotech, Owen’s builds feature a couple of synonymous front ends – the Geissele SMR and the Remington RAHG; on his AR15 and MR556, respectively.

I love these two builds, because they look so unselfconscious and have something of a modern mil edge.

Like Larry Vicker’s blaster, Hurth’s features fixed BUIS. But nothing as refined as Vickers’ beautifully CNC’d DD set. Hurth’s are retro LMT – and defiantly so.

And Hurth’s build isn’t apologising to anyone for that.

Big thanks to Andy at TacOp and Andy at S23gearmonkey75 for inspiration on this one.