“Airsoft stuff isn’t ‘like’ RS stuff, so I wish people would cut out the, ‘…it’s like RS!’ nonsense.”

I said that in the introduction to the last HAO rail I reviewed, before proclaiming it a massive victory and hoping it was a harbinger for HAO’s product range as a whole. 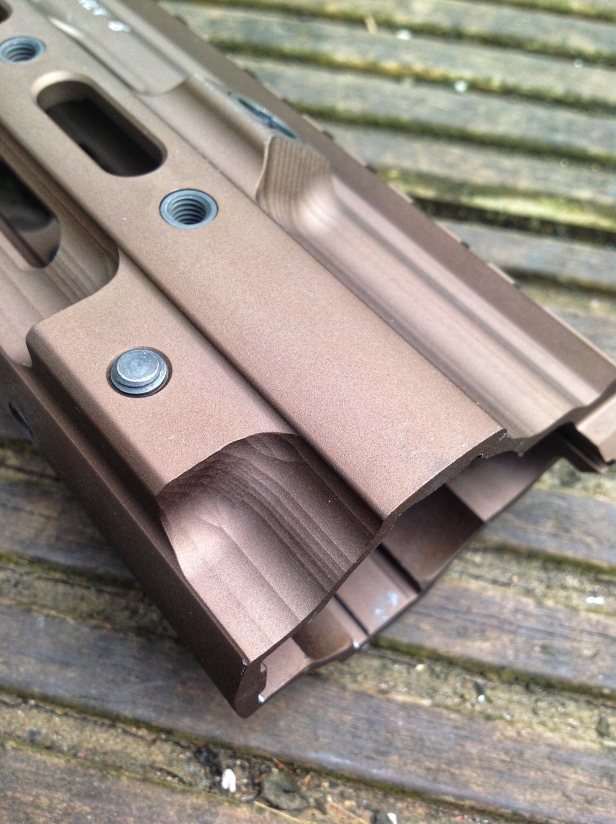 I’ve tried hard to find the differences between it and the RS SMR I own. In all the comparison pics later in the article, the RS SMR is the black one.

Don’t let the colour in the pics below deceive you. It’s quite hard to get a good handle on the tone, but it’s not salmon pink nor bright copper like some clone rails.

The HAO is consistent with the few RS DDC SMRs I’ve seen for real. It’s anodised – not painted. The RS is, of course, anodised too. 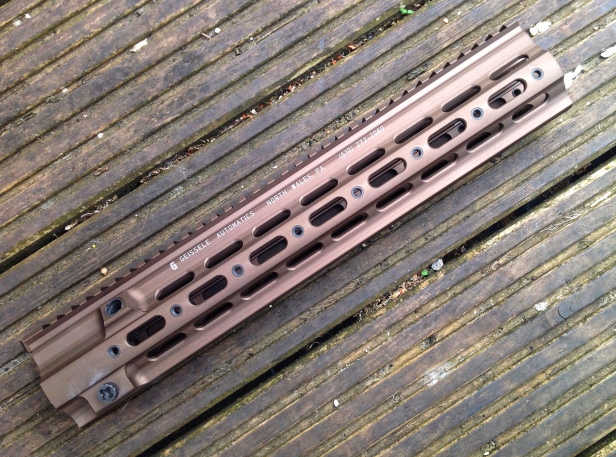 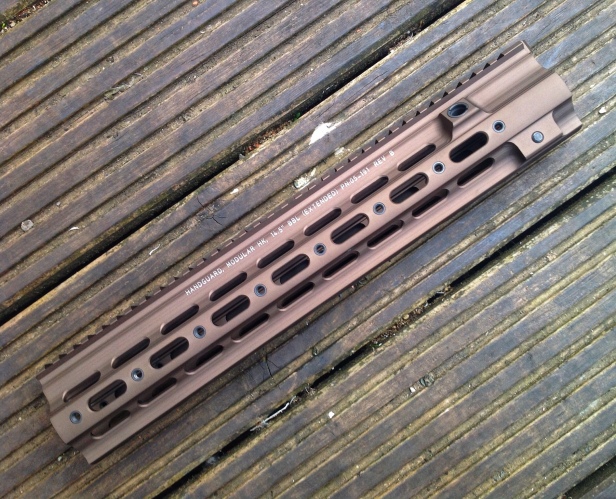 Aesthetics aside, one of the things I was really interested in was how well the HAO fits my SGT 416. 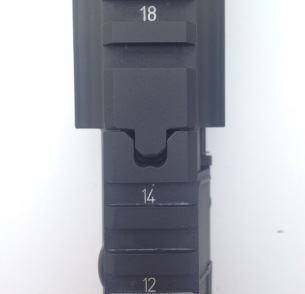 In the pic above, HAO is left (DDC) and RS is right (black).

The way the RS SMR’s tongue fits into the upper receiver’s groove isn’t quite as snug as you’d expect. This has been explained to me as an allowance for thermal expansion.

Like HAO’s 416 Quad Rail, when you push the SMR to its limit on the barrel nut, you don’t have to adjust its position to lock the retaining cross-bolt in place. This shows incredibly close tolerances (even the RS sometimes takes a bit of cross-bolt wriggling). 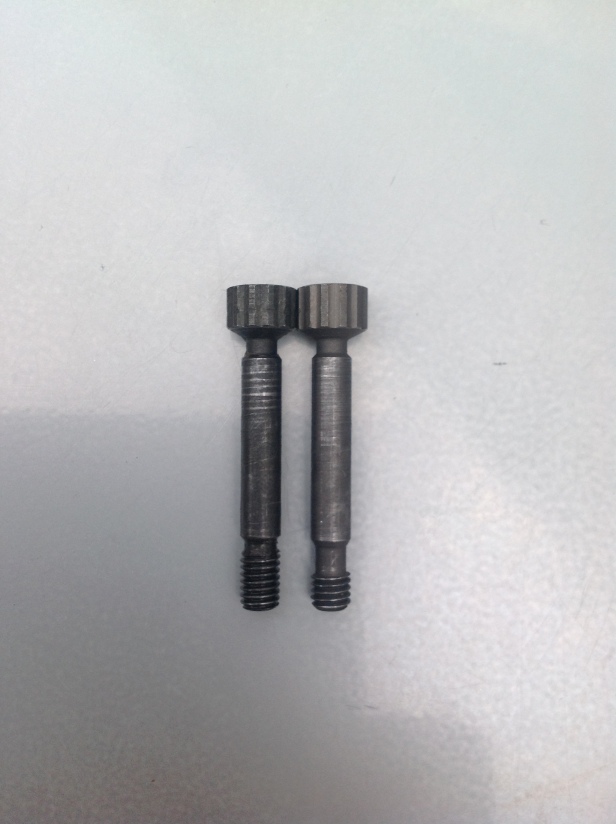 You have to look really closely to notice any difference at all.

However, I don’t recommend that you remove HAO’s retaining cross-bolt completely. When I did this, the detente which stops the bolt falling out sprang out and I lost the spring and a small pin under decking.

The RS has a similar detente system, but this appears to be captive within the rail. So no chance of losing the detente.

You can see how seamlessly the edge of the RIS on HAO’s 12 O’clock rail meets its counterpart on SGT’s 416 upper. 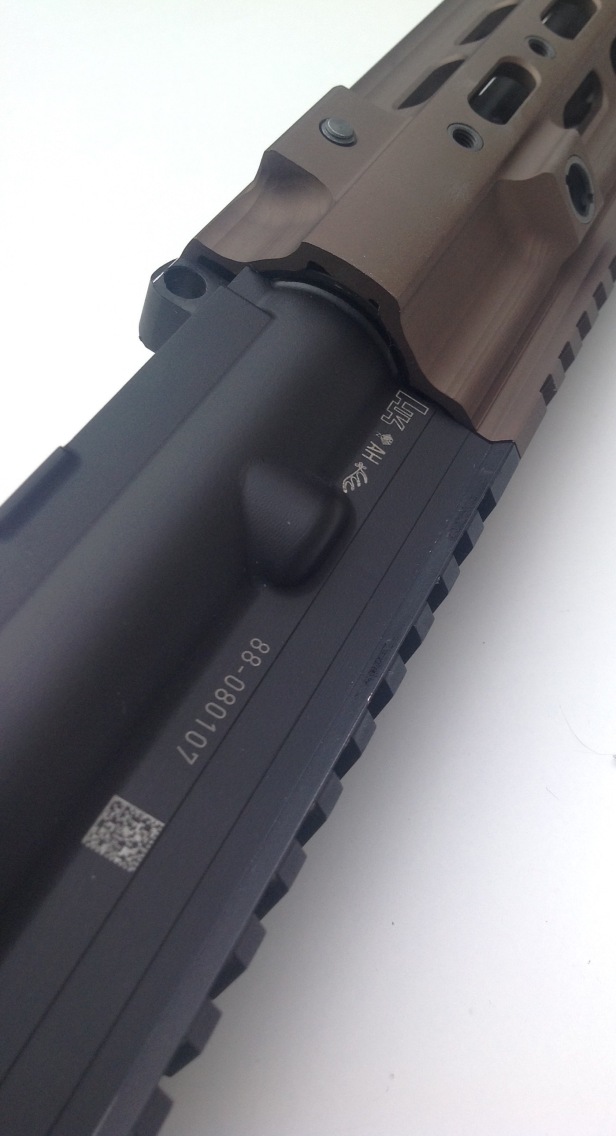 Check out some more comparisons with the RS, below. The contours are pretty much perfect and even the CNC ‘woodgrain’ has been faithfully translated.

Some of the pics are side by side comparisons, others are mirrored (e.g. left side of one compared to right side of the other, to demonstrate the uncanny symmetry).

I don’t have access to a 14.5″ RS SMR right now, but I did notice that HAO’s provision for its modular rail sections extends further back than my RS 10.5″. See the aft screw hole?

Another tiny detail – the recess for the rear of the cross-bolt detente is a different shape: 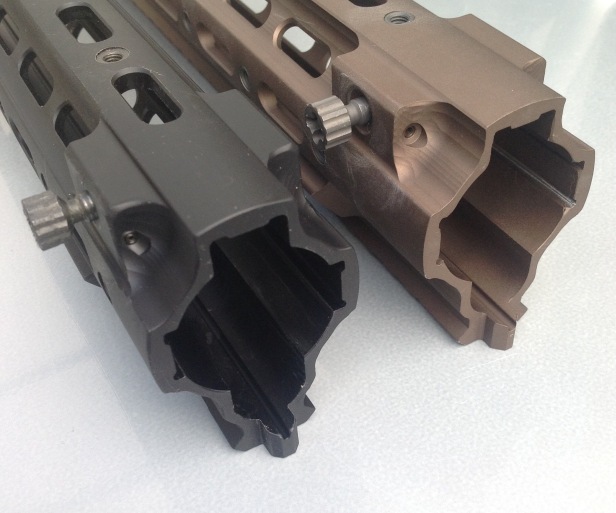 As readers may detect, I’m really pushing it in terms of looking for differences when HAO’s rail is 99.9% there.

Incidentally, I learned something quite interesting about HAO’s QD sling swivel points. First, I checked to see if they’re rotation limited, like the RS. They are. And they have decent, chunky inserts like the RS:

However, the insertion and removal of an RS QD sling swivel is a little on the tight side. This doesn’t effect the retention of the RS QD swivel, or its rotation limited movement once in place; but I was curious to know why it was that little bit tighter.

It seemed to have been designed that way – but why?

Bismarck from HAO had this to say:

“We enhanced the QD slot to include the tolerances of airsoft QD sling swivels.”

“We inserted an additional vertical angle, which works with both RS swivels and airsoft ones.

Better tight then to fall off.”

When you start amassing US spec RS bits and pieces like I have over the past ten years, you soon realise you need a set of imperial (or ‘English’) spec tools as opposed to the more usual (and logical) metric ones.

People often send pics to me, asking if they think what they’ve bought or what they’re about to buy from a seller is genuinely RS.

If the item is US-made my advice is: check the hex bolts. They should require imperial allen keys.

So, back to the HAO and unlike the RS SMR, the hex bolts for the modular accessory rails are metric, not imperial. 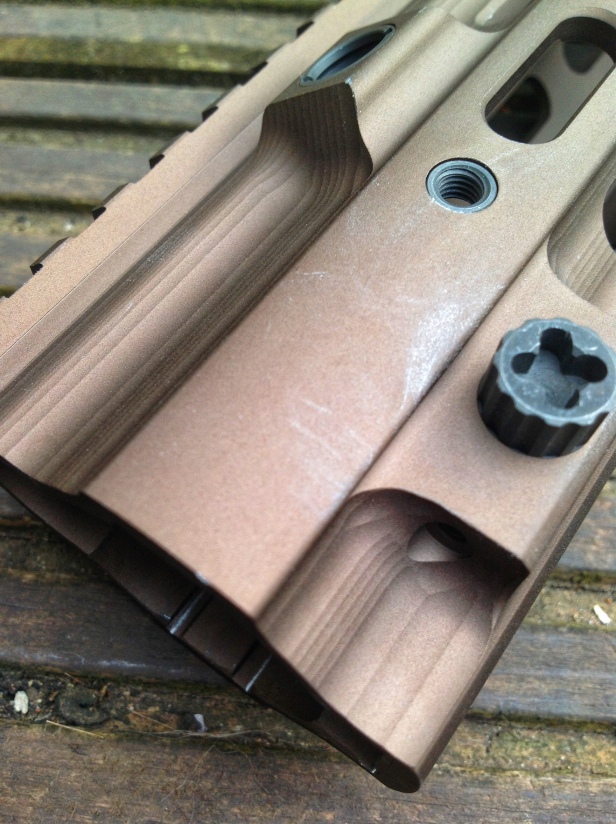 However, you do get exactly the same accessory pack; two short modular rails and one long one. The hex bolts provided work nicely in HAO’s steel screw inserts, exactly the same way as the RS ones do on the original.

Again, you can see the lengths I have to go to in comparing HAO’s masterpiece to the RS.

HAO’s HK416 SMR is the very best airsoft reproduction rail I have ever seen.

In fact, if I didn’t already own the RS I wouldn’t bother buying it. You can now get a 99.9% clone correct replica for a fraction of the price.