It’s not always possible to be 100% certain of an item’s identity when breaking down a reference pic. However, I do find that it aids certainty – for or against – if I’ve owned the item in question. Obviously it conveys familiarity, but hopefully the ability to make a decent assessment from most angles also develops.

As for the reverse of that process, it was something of a surprise when I obtained the Paraclete Dump Pouch, only to spot something suspiciously like it while flicking through reference pics; a constituent which had never before registered with me, let alone one I’d sought to ID: 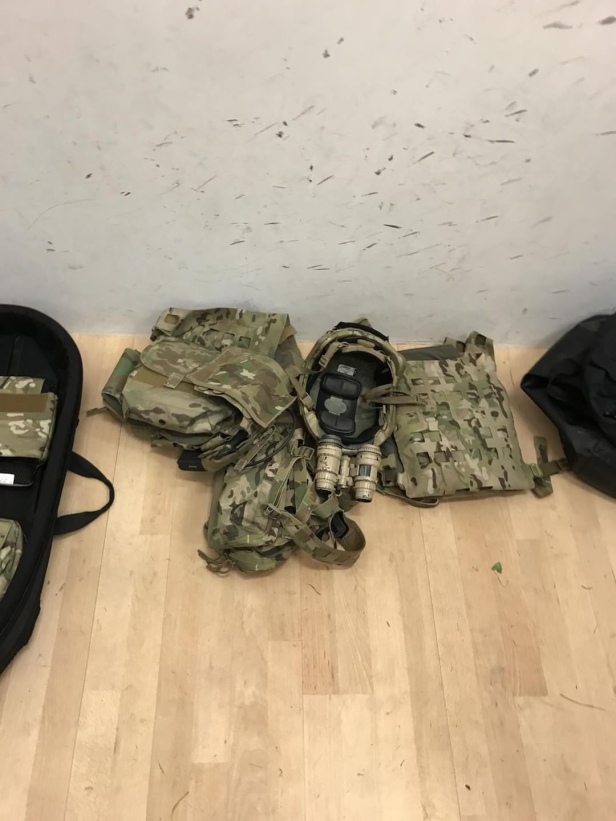 It’s amazing how, over time, repeated viewings of a reference pic reward the observer.

The Paraclete Dump Pouch has been turning up in numbers on eBay – brand new – for a while, from sellers who often sell items of note for those interested in UKSF.

While many will be familiar with the reference pic (it’s been shared widely and appeared on Facebook’s UKSF Impression/Reference Group some time ago) it simply never occurred to me to make what I think is a reasonable link.

The Paraclete Dump pouch is a significantly different design to dump pouches I’ve owned in the past, and I’ve owned a few. It’s like a small satchel in some ways, given that it feels structured and features a flap lid.

The face and the back of the pocket incorporate stiffening panels. This construction lends some degree of protection to the contents. It also means the pouch is very easy to use for its primary purpose and presumably for many others. Indeed, it has been suggested the pouch would work well to protect NVGs.

The pics below shows it packed out, to give an idea of size and shape: 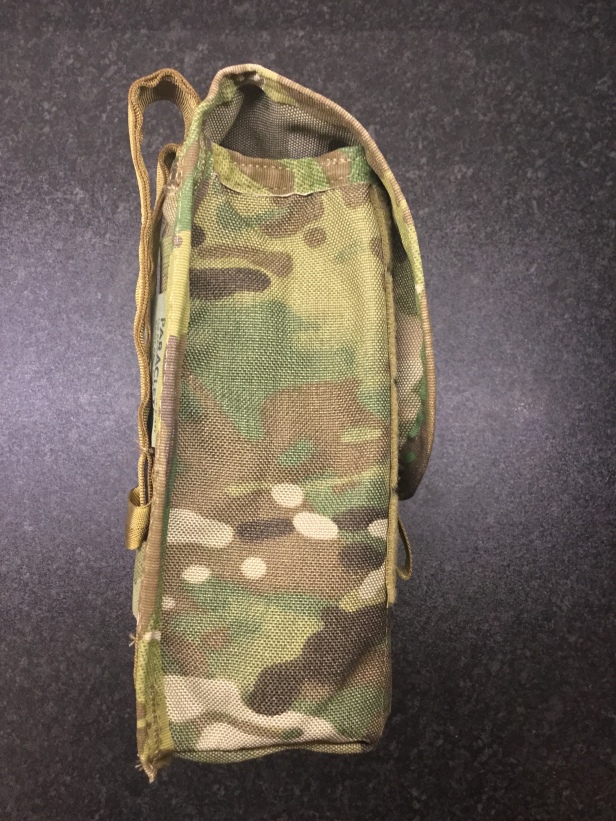 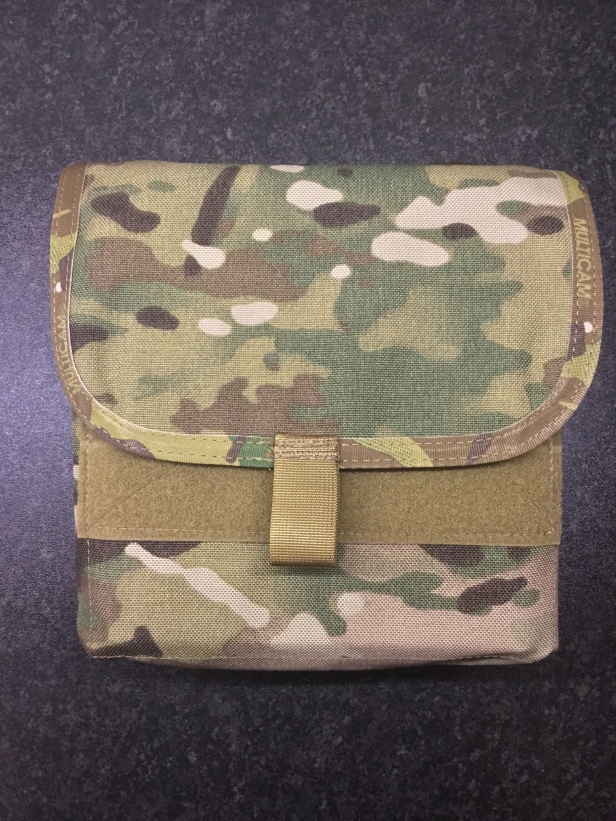 However, without contents (or relatively unladen) it stows flat: 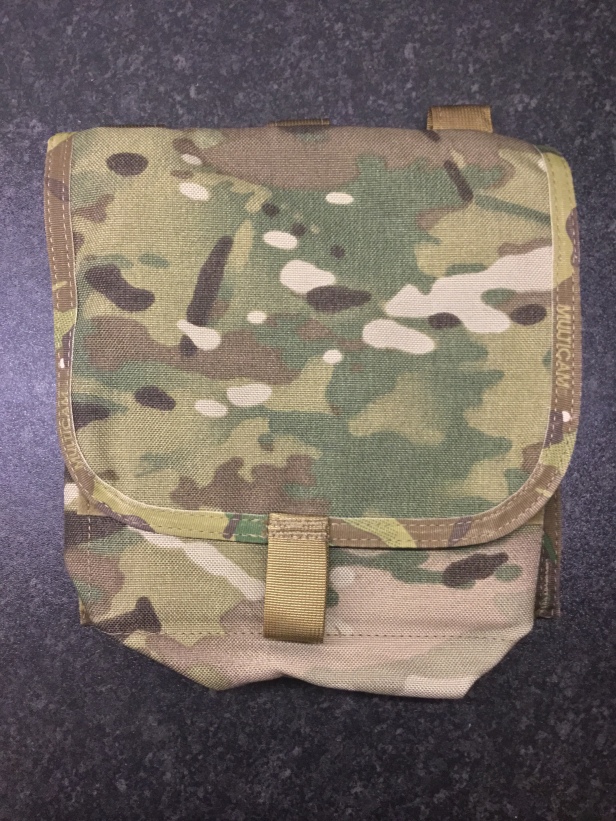 It is backed with PALS webbing which spans five columns by five rows.

There’s no need for MALICE Clips or equivalent, because PALS straps are part of the setup as is standard with Paraclete items.

The straps ends are stiffened which aids threading. 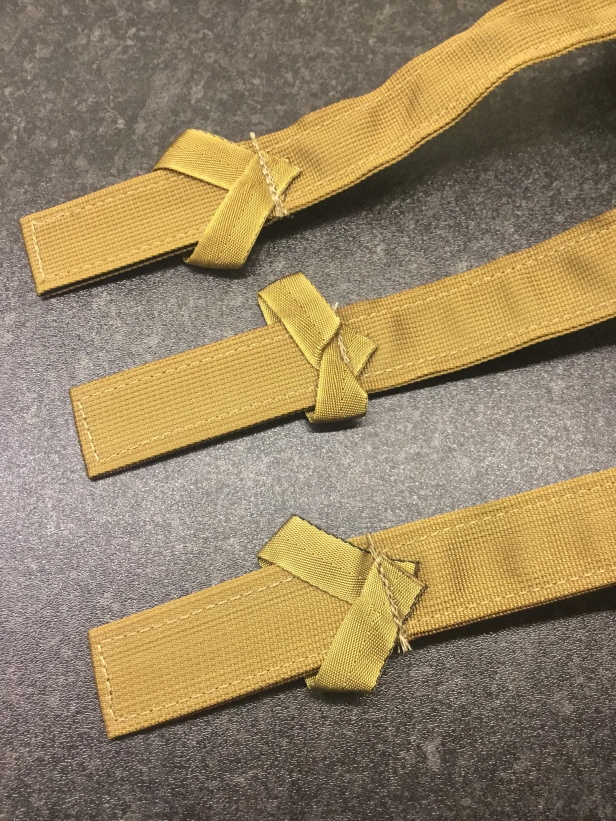 The pouch opening is secured by velcro, via a large flap lid: 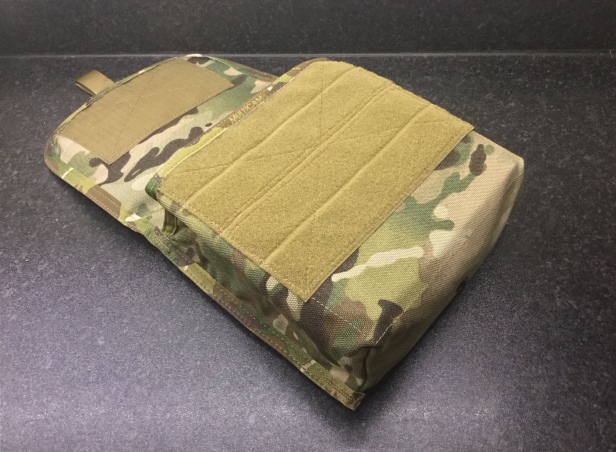 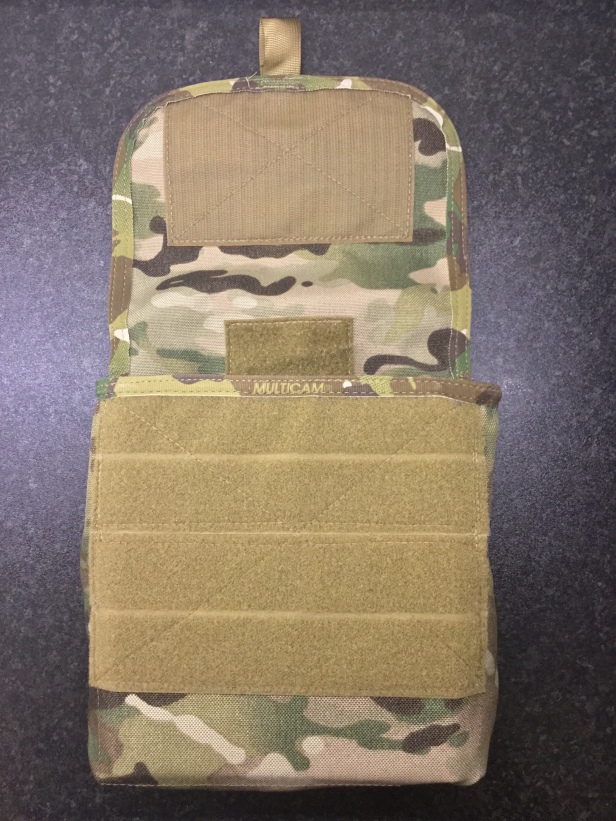 The lid can also be configured open for faster access. This is achieved by folding the lid and securing it to the smaller of the two velcro fields:

Inside, the pouch exhibits an elasticated diaphragm. This serves to hold its contents in situ while the lid remains open.

In terms of maximum volume it’ll take about nine mags, but only if placed methodically.

As is usual for Paraclete, the pouch exhibits the brand tag: 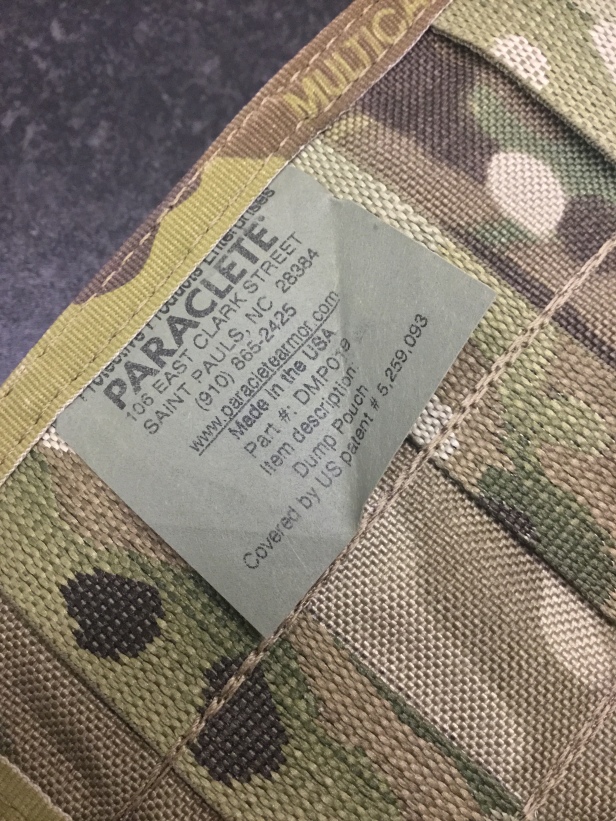 There are a few other items of interest in the reference pic; not least what appears to be a now discontinued Blue Force Gear Belt Minus (as opposed to a Rack Minus, which is perhaps the first thing which springs to mind):

I’ve highlighted the adjustment buckles which can be seen in the pic. These help to differentiate the Belt Minus from the Rack Minus.

Also of note, the Paraclete Dump Pouch appears to be attached to a Blue Force Gear Plate Minus which, like the aforementioned Belt Minus, is also discontinued.

The PC to the right also appears to be a Plate Minus.