The HK416 is a heavy beast and that’s been noted by professional users.

Pre-2007, the HK416D was shipped with a thick profile ‘bull barrel’. This was said to be disliked by US SOCOM users, because the weight it added to the front end was excessive compared to that of the M4.

Responding to this feedback, from 2007 onwards the HK416D has been shipped to SOCOM customers equipped with a lighter, slim profile barrel. In addition, some pre-2007 HK416Ds were retrofitted with this barrel. I picked up this intel from the HK Pro forum a few years ago.

As it is in the RS, so it is with PTW barrels – which are steel out of the box and therefore significantly heavier than those of other replica platforms, which tend to use aluminium barrels.

I remember having a conversation about steel barrels versus aluminium ones way back in 2013. My argument was that steel has the edge, given that it’s more authentic. The chap I was discussing this with was a hell of a lot more dedicated to an impression than I’ll ever be and he favoured aluminium PTW barrels. His argument was, basically, “There’s no way I’m carrying something that doesn’t need to be that heavy around a 48 hr milsim, when I’ve been doing physical work all week.”

My preference tends to flip flop between steel and aluminium barrels. I’d prefer to use steel – it’s stronger, more authentic and it looks nicer – but aluminium is more practical. Unless you fall on it.

HAO receiver sets ship as standard with steel barrels, just as the OEM Systema does. However, in the past HAO has been decent enough to offer an alternative aluminium barrel for their HK416D sets. 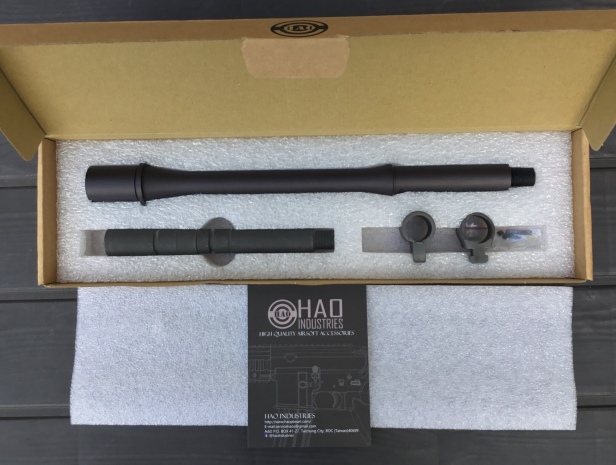 The set consists of an 11″ aluminium A5 outer barrel, a 5.5″ steel barrel extension (to create a 16.5″ A5), a mount for a folding front BUIS, a bayonet lug and the relevant fixings (not shown below).

All fittings are, thankfully, 14mm CCW (HAO steel barrels are pretty annoying, in that they are threaded for RS hiders – a full range of which is inaccessible to most people). 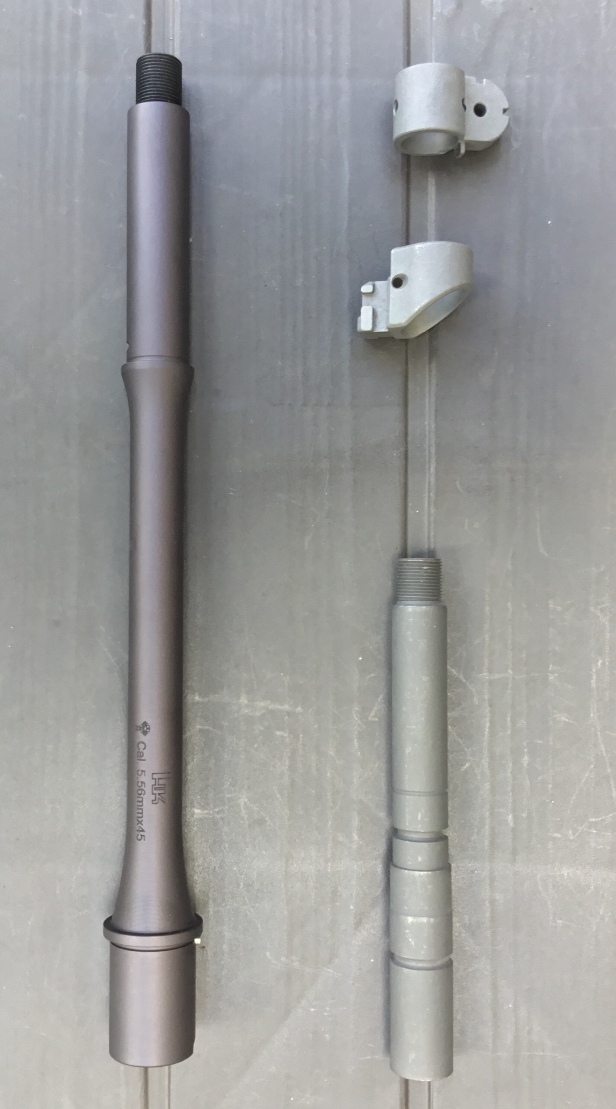 Aluminium barrels will never look as good as parkerised steel ones, but HAO does a great job here – even bothering to replicate the trades: 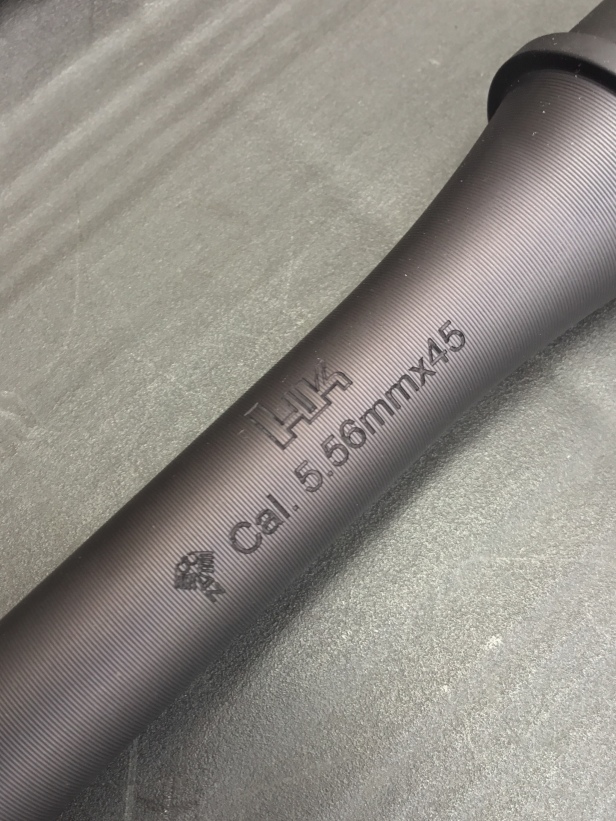 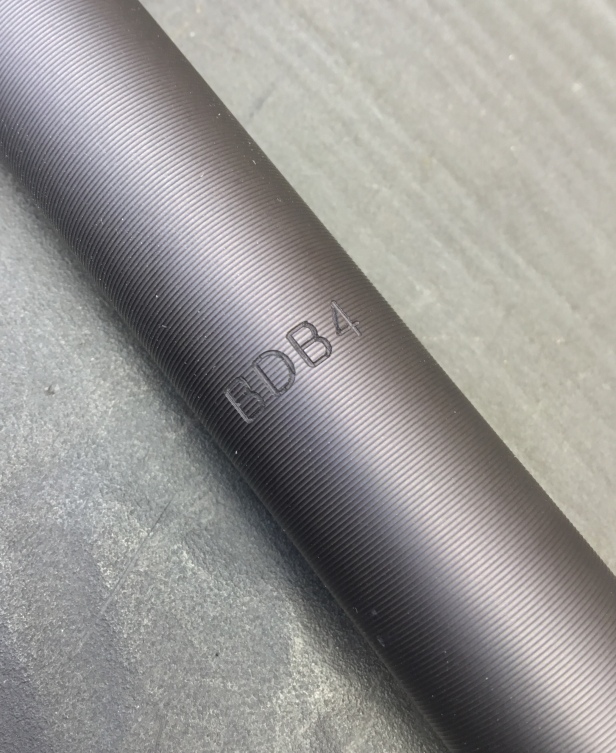 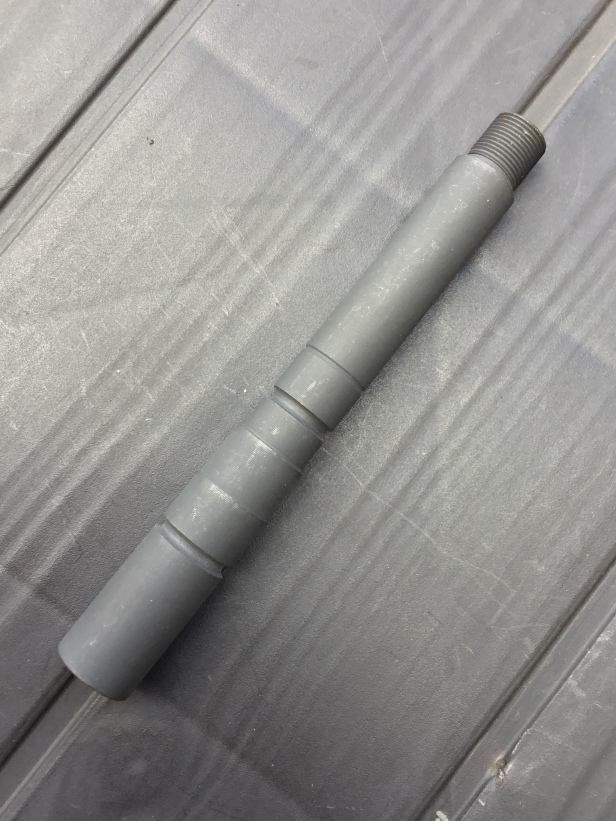 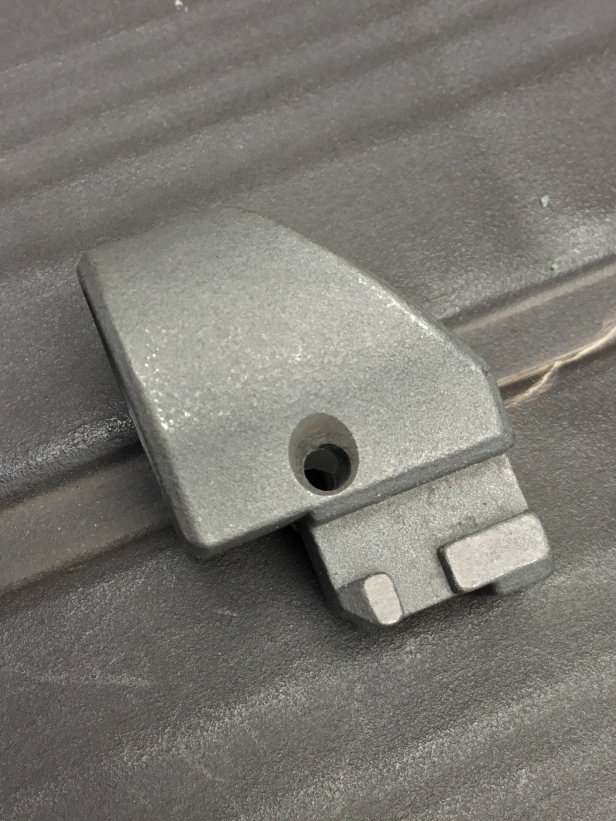 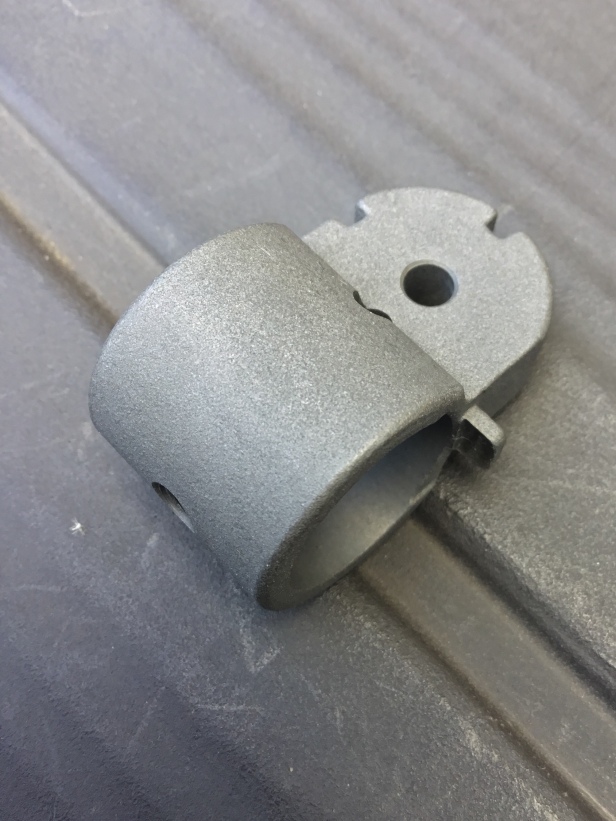 You can order the set here.

And, with any luck, we should soon be seeing a HAO 10″ aluminium outer barrel for their L119A2 upper 🙂