In 2018, HAO launched a new line of charging handles. The vanilla versions were a nice to have – CNC’d and hard anodised to HAO’s usual high standards.

However, as you’ll see from the end of this video, they also released a ‘Recoil’ version:

Now don’t get excited – these aren’t aimed at the Marui NGRS market. No – HAO simply added functionality which they believed was missing from Systema’s design; they added a spring so that the charging handle retracts back into the upper when released.

This functionality was bundled in my HK416A5 kit and sure – it’s fun for about five minutes. That soon wears off as you digest the compromises that had to be made to deliver the ‘Recoil’ charging handle:

You can see the main physical deviations from RS spec in the pic below: 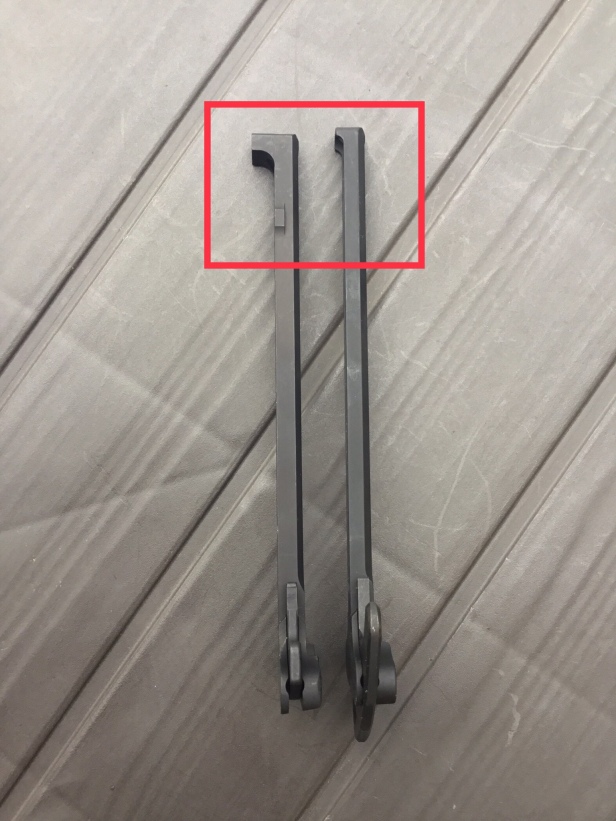 The ‘L’ shaped hook of the RS Colt handle is much more pronounced. The RS also exhibits lateral fins which hold it in to the receiver. It also appears to be a closer fit to the L119A2 in general. It feels solid.

Now, why does any of this matter? HAO makes standard charging handles too, right?

Well, they do – but they bundle the ‘Recoil’ system with their newer kits. That means the HAO L119A2 IUR has it and as things currently stand you don’t have a choice.

I had a think about what I wanted to do. I could have just eschewed HAO’s charging handle and fitted the RS. My spare RS charging handle is Colt – not Colt Canada – but in my worldview (which I admit many UKSF impressionists would disagree with) RS trumps replica, even if the brand or model isn’t entirely legit.

I had heard via HRW, however, that in the past there has been a two way flow of generic parts between Colt and Colt Canada – in times of need.

I also knew from Jay Taranis that the full RIS ‘Alternative IUR’ L119A2 has fewer bells and whistles than the partial RIS IUR used by the SAS; one vanilla aspect of the former being a plain Colt AR pattern charging handle (although presumably supplied by Colt Canada and thus being their product). This would mean, though, that plain changing handles are in the supply chain somewhere.

As much as going vanilla on the charging handle appealed to me, there’s one aspect of HAO’s Colt Canada replica which (no pun intended) had me hooked: its distinctive extended latch. 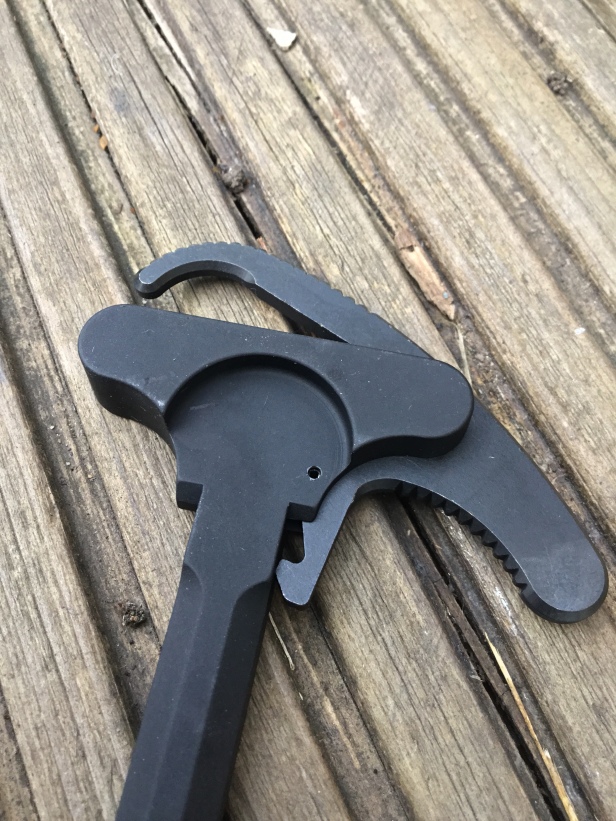 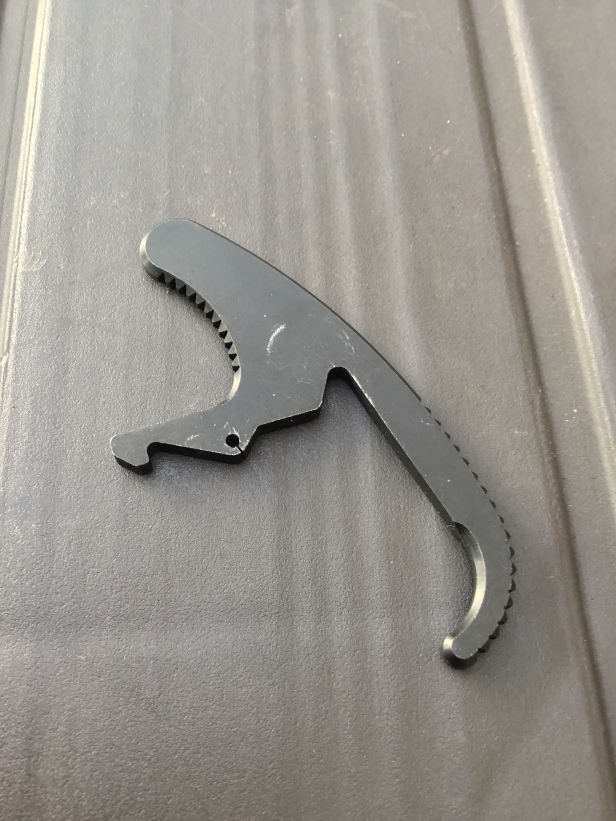 For now, I decided to do a mash-up of RS Colt charging handle body and HAO latch. It’s not the easiest swap, because the latch is under pressure from a strong spring (I used the RS one), but if I can do it anyone can.

All I need to do now is shorten HAO’s extended gas tube and this arrangement will do until the latch inevitably pisses me off. 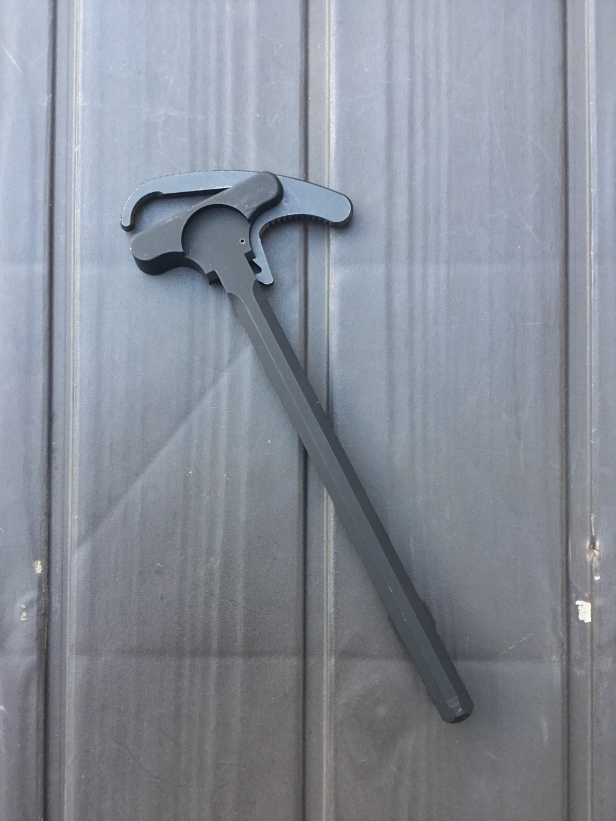 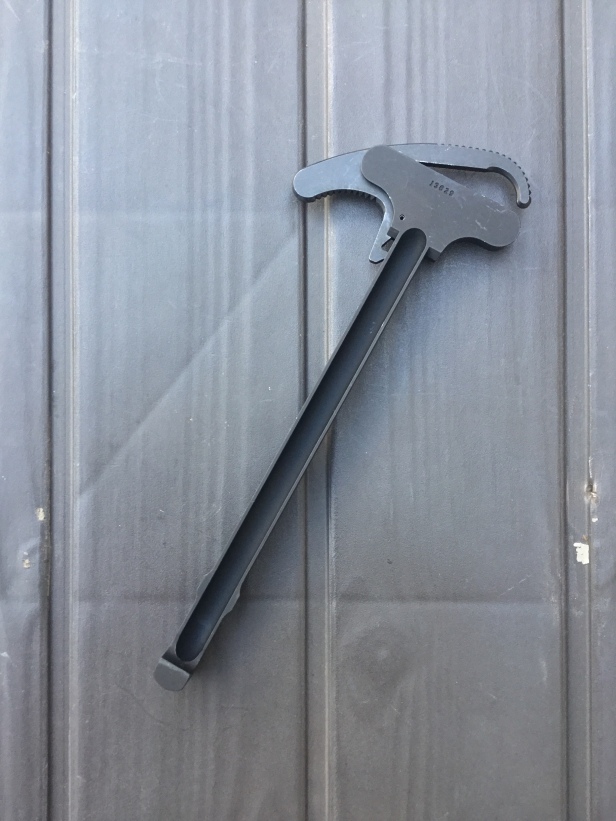 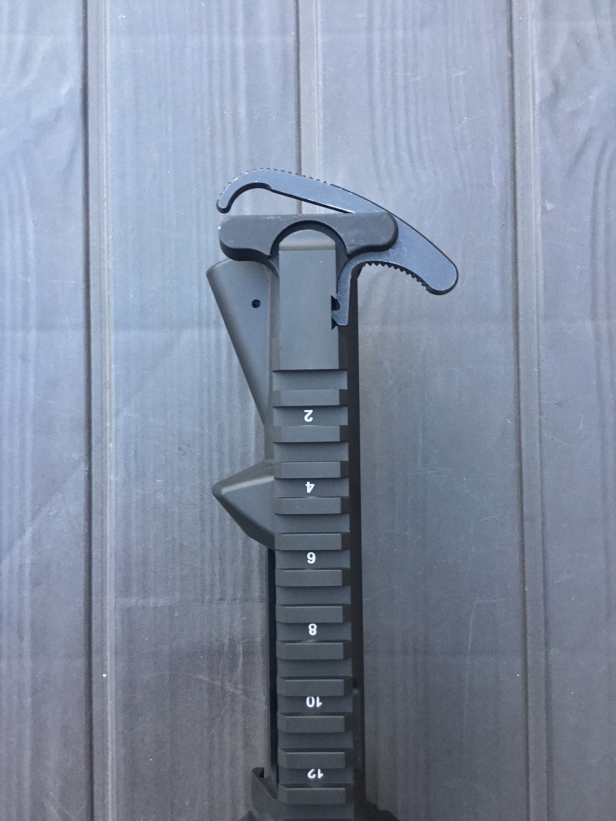 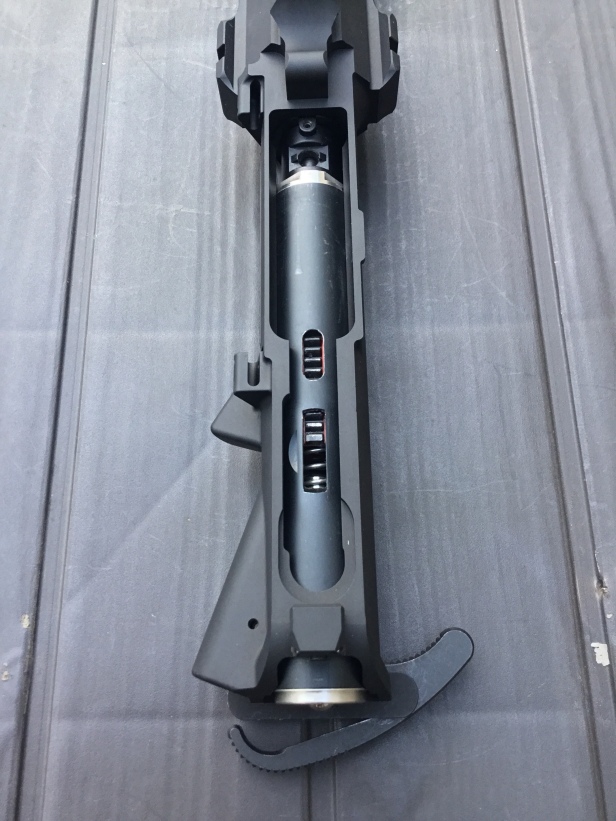 Catch up on the full HAO IUR series