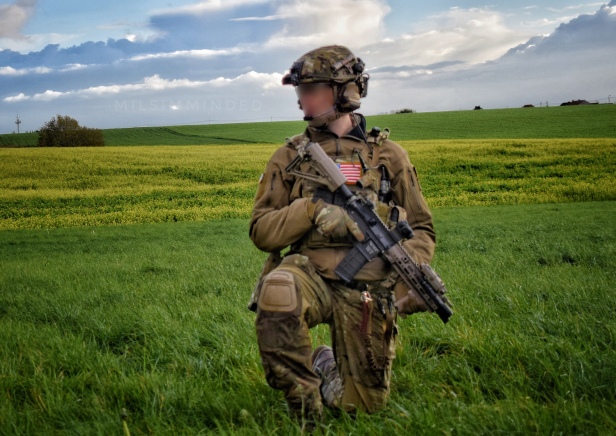 First of all I want to thank Rich Norman, for letting me contribute to this awesome blog for the second time now.

The story of my build starts a while ago, when I decided I wanted to go for a CAG setup. This was at a time when there were few reference pics and still fewer guys doing these builds. 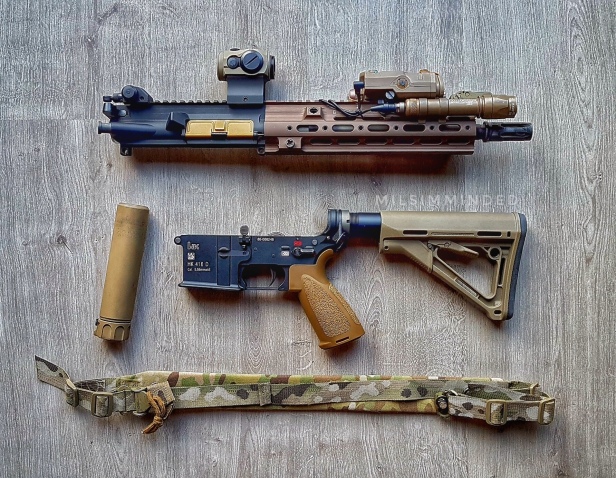 I’m not a hero at identifying parts from reference pics either, so it was a journey with lots of mistakes, and lessons learned.

I started the CAG blaster quest when I had a freestyle Mega Arms Systema PTW build. I love the PTW more than any other platform. Sure – they are expensive, initially – but when they are built right you will experience far fewer problems with a PTW than any other AEG or HPA setup; certainly compared to those I ran in the past, anyway. 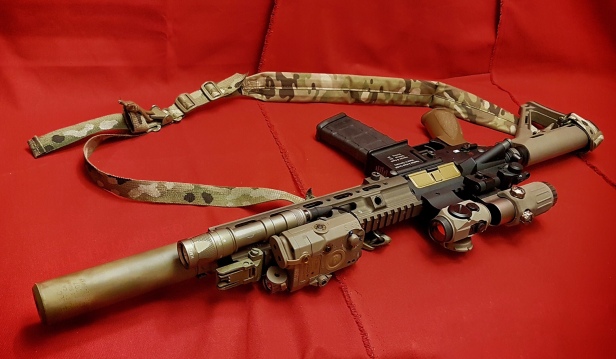 In fact, I ran the PTW on a regular basis for more than a year without running into a single reliability or accuracy issue; so there was no upkeep cost – no parts which broke, wore out or needed repair. However, going from a freestyle Mega Arms build to a CAG one would be a difficult and expensive journey in its own right. I had no illusions about that.

I decided to buy the gold standard HK416D PTW kit – the HAO V2. I opted for the HAO steel gundrilled barrel, featuring RS spec ½ -28 flash hider threading; and a HAO SMR rail in DDC. The kit came with some surprises. One being that the gas block exhibits sling loops, so you have to cut those off, ghetto style, like you would need to do with the RS counterpart.

The sheer attention to detail was another surprise. The barrel had the correct markings, as did the gas block. The gas piston was rendered in great detail as well; even though all these parts are hidden under the rail. I love this level of authenticity.

I had the PTW assembled by my local tech who did an amazing job.

In the beginning, aside from the splendid HAO kit, the build was not at all kosher; but it was a solid foundation on which I could improve, with judicious selection of externals. Deal with the big things first, then the details later. To build the CAG blaster right, I figured I needed to get advice from the right people and then buy parts; rather than spending the money twice.

So with the help of gurus Tan Rifle and Upp3r_d0wn3rz, some recent reference pictures and also the keen eye of Rich from The Reptile House, I started to build the rifle piece by piece.

I think it will always be a WIP, but does anyone ever truly finish a build? Nowadays you can skip a load of stages by buying HAO’s awesome new CAG HK416D kit. But even that needs a few parts swapped out to make it kosher CAG.

In the HAO kit I bought, I swapped out the birdcage flash hider for a HAO SFCT Muzzle Brake (in ½-28 to fit the barrel). This flash hider supports the SF 556RC suppressor also made by HAO. As always, the details on HAO’s can are incredible; and the trademarks are all there.

I just burned it, so it would look a little more used.

For me, this piece of kit is a game changer. Sure there are minor niggles with the can: the markings could have been deeper (personal preference), and the collar is the same tone as the rest of the suppressor (not metallic), but man…just look at it.

The Cerakote tone is a next to perfect match with the majority of the RS unit, and the finish is next to indestructible. The weight is about the same as the RS counterpart, due to the materials used being the same. It even has baffles in there. 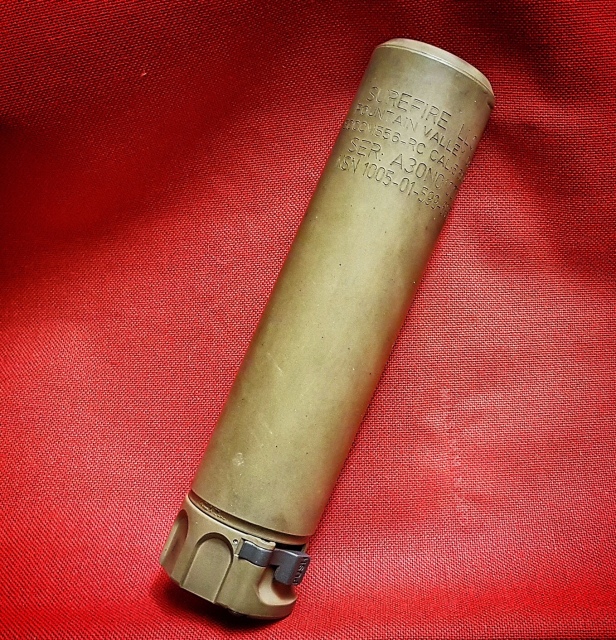 Some might fear that this could alter the ballistic properties of the plastic we sling, but I’ve measured no negative effects whatsoever.

Originally I had a Magpul grip on the rifle but I swapped to an HK grip. HAO started making the V7 – and to their usual high standards. The angle of the grip is modified to work with the PTW motor, but aside from that it’s pretty realistic. The fat mold and very slim top of the grip is more ergonomic and means I can manipulate the gun with far better ease and strength than with the Magpul grip, which is fatter all around.

The best detail of it all? It makes the rifle look that bit more sexy. Judging by reference pics, the V4 grip would be the ideal choice, but the V7 looks that little bit better.

The stock is a modern classic: the Magpul CTR. I had a few options, but I like a slim stock. At first I had a Larue RISR on there, too.

I added the RISR to make the cheek weld similar to what I was used to with the AR – which has a lower top rail than the 416. I was also running an absolute co-witness Vortex SPARC at the time. 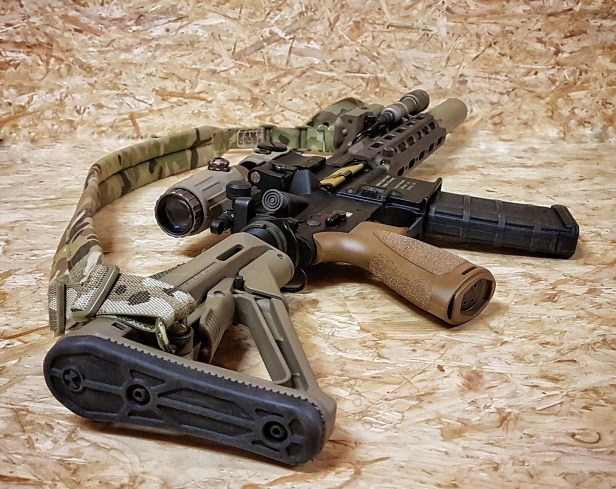 Then Tan Rifle advised me that I should drop the RISR for a more kosher look, and to try to get used to “heads up” shooting. This way you keep your head upright, and get more of a “chin weld”. After a few games, I got the hang of it. I can now find my dot in an instant. This method also makes it much more comfortable to shoulder the rifle, on days with a lot of trigger time. Since we all have different physiques, neck lengths, etc, YMMV – but it works for me.

The sling is a padded VTAC Mk2. It’s a pleasant sling to use and it allows for a wide range of adjustment. I mount the sling on the stock and on the rail. This way I get the widest range of motion, without getting my sling stuck in the stock – like I did when I used to mount it on the ASAP sling plate, at the end of the receiver. Interestingly, you’ll also see the CAG guys mounting their slings this way, and many of the most recent reference pics show blasters without sling fittings on the receiver.

Now for optics. There were a few options I could choose from. The Eotech XPS2 would be the most common, but I like the T1 form factor and functionality the most. I like how minimalistic and lightweight it is. I prefer the simple dot as well. The option of a short dot was also less attractive, since I don’t really need a lot of magnification at the ranges I am playing at. 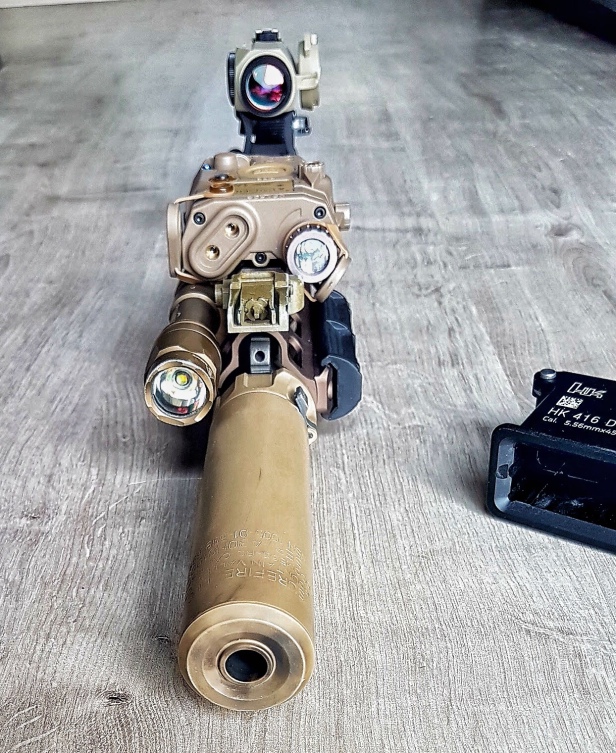 I was debating buying a real Aimpoint T1. However, I was in conflict with using such an expensive optic which was in danger of getting the lens shot out if not well protected. So, like many others, I chose the Holosun HS403G. This is almost exactly the same shape as the T1, but with the brightness adjustment controls on the top of the unit. It’s also compatible with T1 mounts, is a lot cheaper and is therefore far easier to replace then a T1.

I run a Tango Down IO cover – which is meant for a T1 – on the Holosun. It fits perfectly, gives the body a little more protection and hides the Holosun logo. It also offers the ability to keep my lenses clean between games. As for the mount, I’m using a Daniel Defense T1 mount, which has been spotted in the wild.

I currently have a Geissele lower ⅓ Aimpoint Micro mount on the way. The mount has not yet been spotted in the wild, but since CAG uses a ton of Geissele parts, it’s not a huge stretch. I’m told the 1.93 version has been seen in use, on CAG’s ‘Black Mamba’ T&E Sig.

I run the Holosun in combination with a G33. It currently sits on the standard break away mount, but my dream would be to own a tan Wilcox FTS mount. Its super rare though, so I will probably have a hard time finding it in Europe.

As for BUIS, I currently run KAC 600m clones. The front post mounted in reverse. However, they will soon be swapped for KAC Micro sights in order to get a more modern look on the rifle. 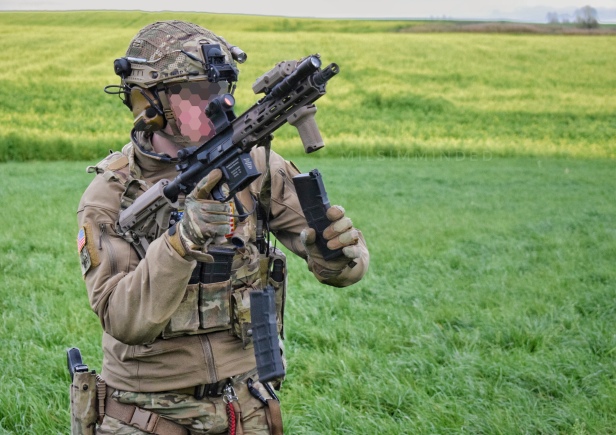 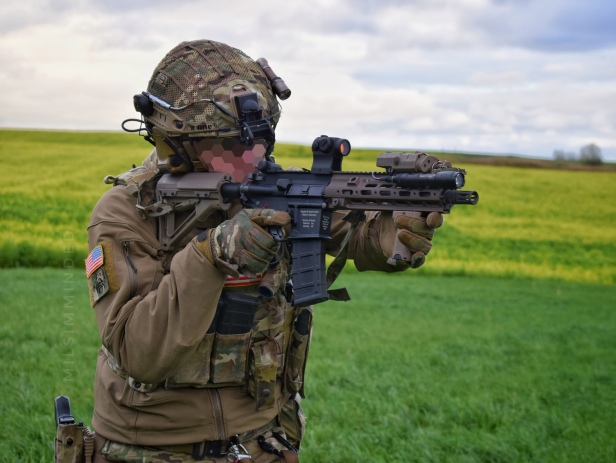 For illumination, I use a Surefire M600c which is direct mounted at the 2 o’clock position. Sometimes I swap the head out for a KM2-A for additional IR capabilities.

I was looking for a tan M600 for a while, and accidentally stumbled upon one on a forum. The moment I received it, I thought I’d bought a fake. There were two different, very distinct tones in the anodizing. The tail of the tape switch was a bit weird, had a funny shape and tone; rather than the more black colour. Turns out, I simply bought an early gen model.

The M600 is being used in combination with an element UPH PEQ. This one is actually wrong for the build, and I will change it to the more kosher unit soon.

Perhaps the most important new addition is yet to come: Cerakote on the receiver.

My rifle will be Cerakoted in the nearest shade I can get to a modern CAG blaster, and the trademarks refinished, too. Of course, the RS colour is open to interpretation since no one knows the RAL number or Pantone for it.

I painted the dust cover myself. Unfortunately it isn’t a RAL8000 polymer dust cover, so I improvised. It passes the squint test, I think.