This week, HAO’s awesome new can has been crashing through letter boxes across the globe; crashing, because it’s near real weight:

For some, that comes as a shock after previously using products by other manufacturers.

Why is it so heavy?

Well, like the RS, it’s made of steel. Most people are used to cans made of aluminium (which would melt in real world applications). So, aside from looking the part, HAO’s can is made of similar stuff to the RS and in a similar way. New owners will also notice the welds at each end.

I’ve not seen one of these new cans yet, but my friends like E27R, Milsimminded and kevgru_ seem extremely pleased with theirs. 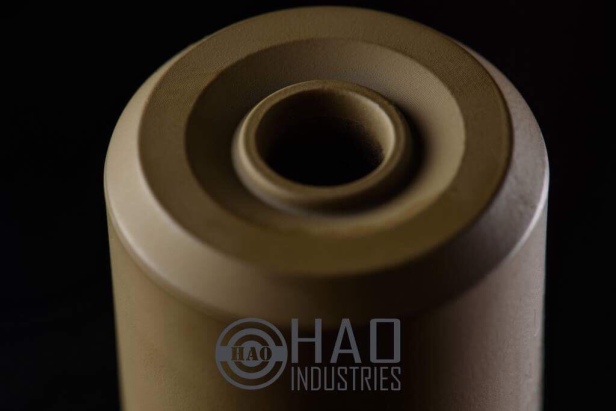 The engraving looks absolutely sublime. Not the bold trenches seen on other products – but a fine, controlled imprint.

If you’re lucky enough to own a tan one, just get it dirty and it could look as good as a well used RS can (pic courtesy of HRW who wrote this blog about UKSF’s current SF can)…

Catch up with the other articles in this series: