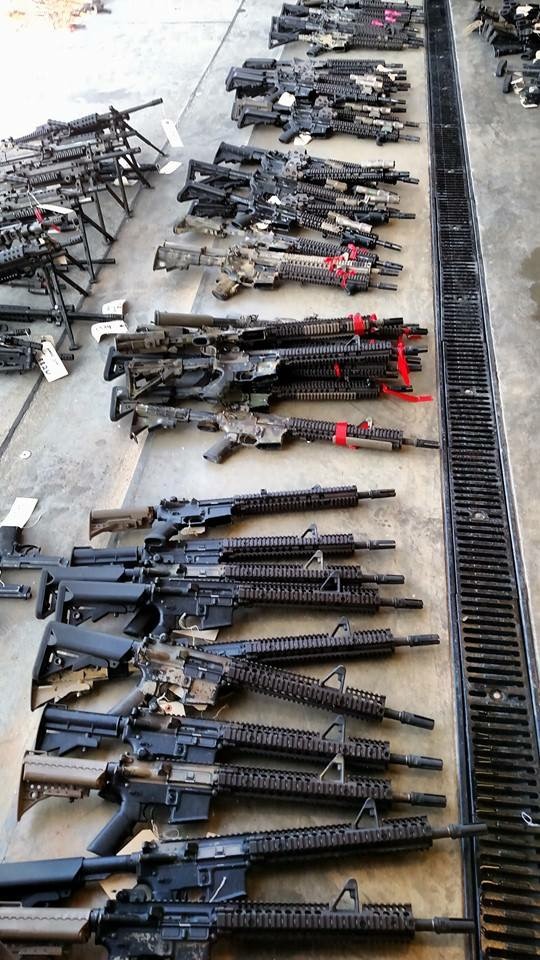 In the wild these are replacement or alternative parts which are added post-rattle can. Or, items where the paint wears off almost completely and in stark contrast to other parts of the blaster where the paint holds on for longer.

Uppers are service parts and need to be replaced after so many rounds. Not only that, but an ecosystem like Block I and Block II consists of two uppers: short and long.

These are the reasons you see so many unpainted uppers in pics.

The 21st Century warfighter doesn’t always have the Krylon to hand or the time to spare painting these mismatching parts. And they probably don’t care.

In a way, this article is a note about how less is sometimes more. About how an omission makes the whole greater than the sum of the parts.

Or, in this case, greater than the sum of the paints.

I’ve talked about dropped in uppers, but what about the reverse?

I’d love to know the explanation for that.

For me, the dropped in look is an option which adds an additional twist to a build: a knowing imperfection.

Because imperfection, knowingly delivered, is perfection.