If something ever needed painting, it’s Heckler and Koch’s HK416A5 Slimline Stock in ‘RAL8000’. However, instead of RAL8000, it’s yellow.

Here’s an approximation of RAL8000:

The stock, however, reminds me of Dijon mustard. 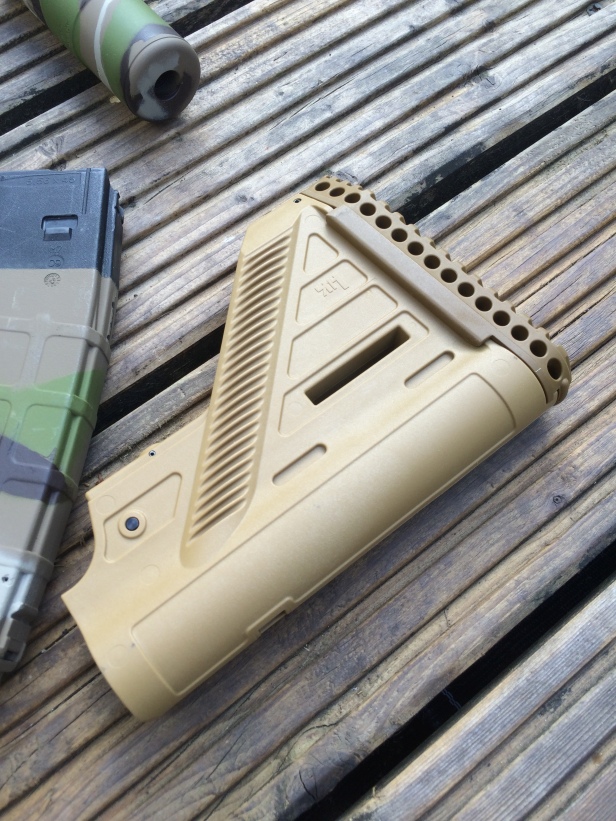 Operators don’t seem to mind. The A5 is widely used in its RAL8000 colourway.

I noticed the pic below on PVNOR. The middle blaster looks like it has yellow accessories. Not a dusky desert tone; more of a Dijon yellow. So maybe there’s method in HK’s madness?

In fairness, it’s not known to be difficult to manufacture polymers in earthy colours. It’s not like anodising brown tones, which is said to be difficult and why companies like Geissele won’t guarantee the tone of their Desert Dirt Colour (DDC) rails and accessories.

So, maybe HK ‘RAL8000’ plastics are supposed to be this way. But they certainly don’t match the RAL8000 colour, strictly speaking.

They sure don’t match the receiver and rail of the A5, which are RAL8000:

Here’s what Roar Stene of Berzerkir Mechanised had to say about PVNOR’s Dijon colourway: 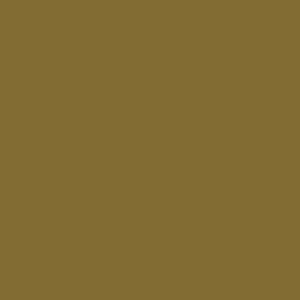 I use RAL1001 as a base on pretty much any paintjob I do, as it makes the other colors a whole lot more saturated.

So, looks like HK makes RAL1001 accessories for its RAL8000 blasters.

Just so you know…