Anyone watching IED’s Facebook or IG pages last week would have been tipped off about Haley Strategic’s new iteration of the D3CR – the D3CR “X”.

Sounds like an INXS LP, but not in a bad way…

Ian over at Tactical Kit – Haley’s UK and European distributor – got in touch with me about this new version of the D3CR, but I’ve been gagged until Haley themselves announced it.

The first thing to say is that the X will be sold in tandem with the D3CR. It’s not an upgrade, but an alternative version.

Clearly we’ll know more when Haley releases their explanation video, but here’s what I can tell from the pics so far: 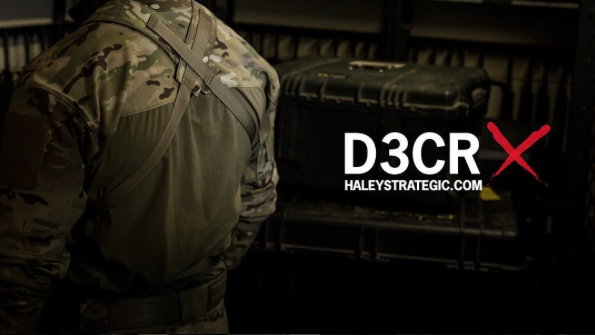 There’s a clue in the name. The X has an X-harness instead of an H-harness, like its sibling the D3CR. Some say an X-harness is more secure than an H, but the cost is a little more difficulty in donning and doffing in my experience. The D3CR is like a limpet, as you can learn from my detailed review, so it will be very interesting to see how the X performs in this aspect. 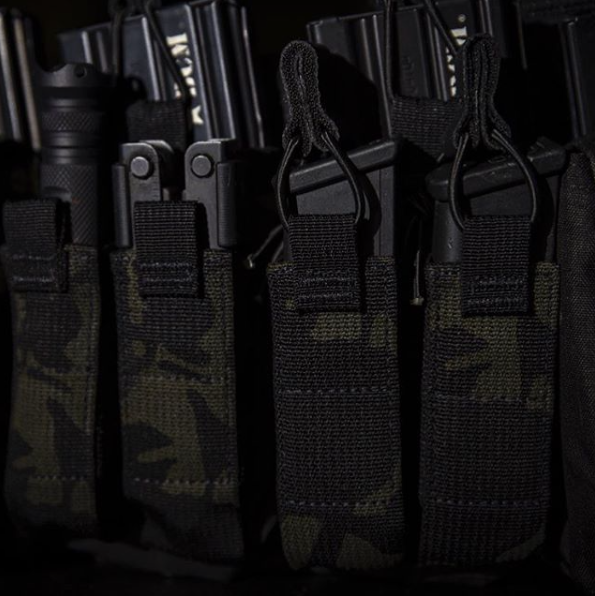 Up front, the DC3R’s stuffit pouch has been replaced by two Multi-Mission Pouch System (MMPS) pouches. This gives a total of four MMPS pouches on the X.

Enough facts…my prediction is that X-harness fans who already own the D3CR will get the opportunity to buy an X-harness.

Why do I say this? Haley is all about cross-compatibility and they never hold the customer to ransom. Flat Pack compatibility is a logical assumption, which means the buckles on the X will need to be located similarly to the D3CR. So, I expect the X-harness to be available separately at a later date and to be compatible with the existing D3CR.

As luck would have it, I’ll be getting a close look at the X when Tactical Kit gets them in, so expect a detailed comparison between it and my D3CR.