I don’t really see that many thought-through, fully-honed non-mil builds any more.

The pic above popped into my Facebook feed a few weeks ago, however. It’s easy to overlook stuff that’s close to home when your outlook is focussed elsewhere, and this blaster is a great example.

It’s hardly changed since its V1.0 foundation (below) and that’s a really good thing because it shows that it represents a form factor which works for the user – both aesthetically and ergonomically. 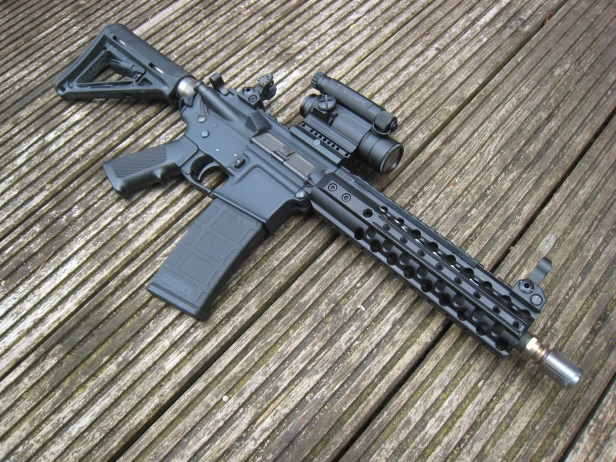 I say close to home; that’s because this particular blaster belongs to a good friend of mine who I’ve played airsoft with for many years – even keeping in touch during my hiatus.

So what’s special about this blaster? 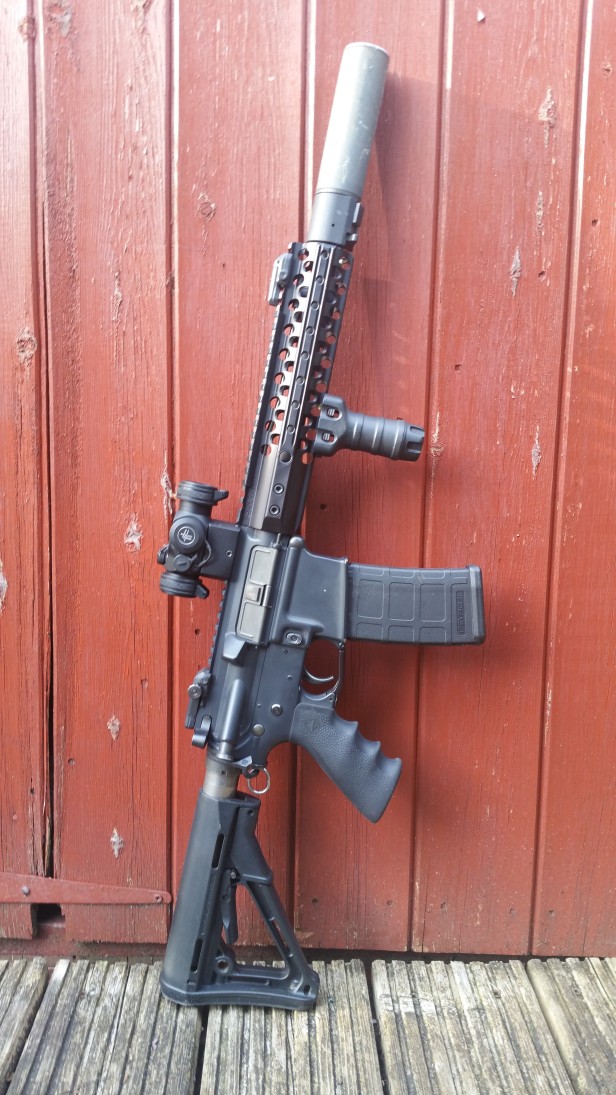 Well, for a start that’s a Wilson Combat tube rail and I am pretty sure it’s the only one I have ever seen on an airsoft gun.

It looks contemporary, doesn’t it? In actual fact, it’s aged very well indeed because it’s now a good few years old. The quality is absolutely second to none, with a lustrous deep-black coating.

The major thing for me, though, is that this build is more than just the sum of its parts and it shows that you don’t need a Prime receiver set or a cookie cutter AAC or SF can to put the cherry on top.

It does, however, feature what i consider to be a store cupboard essential. The venerable RS Hogue conversion: 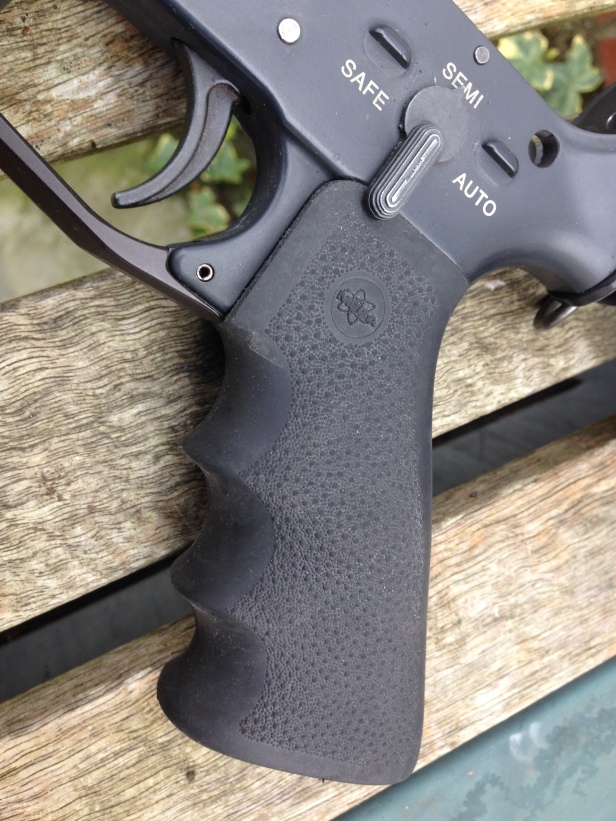 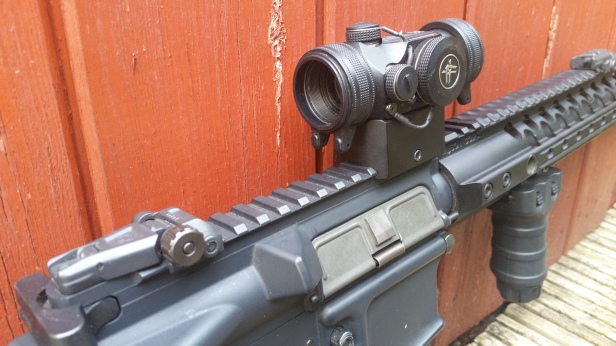 This is a build to play airsoft with and there isn’t one thing I’d change.

Massive thanks to Mark (Bigtent), whose build this is, for the pics and for allowing his build to be blogged.