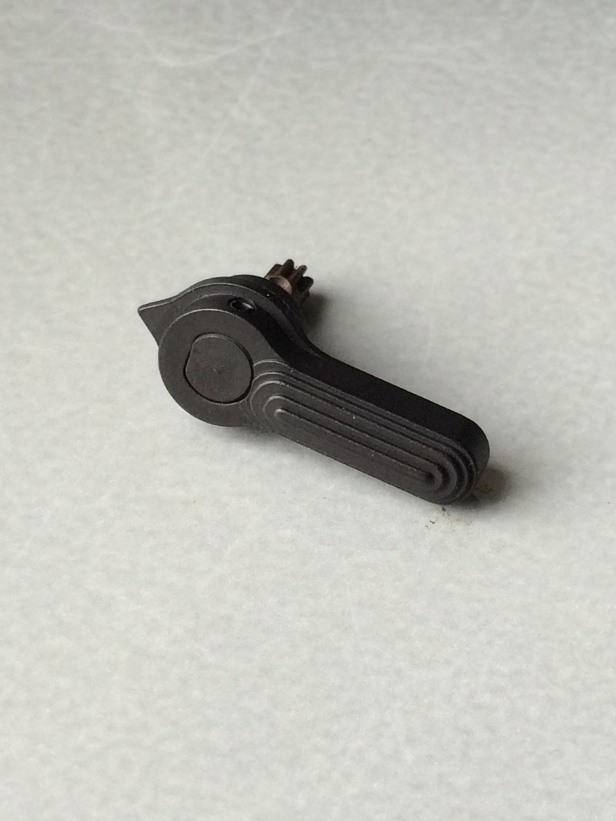 There’s not much wrong with Systema’s OEM fire selector: 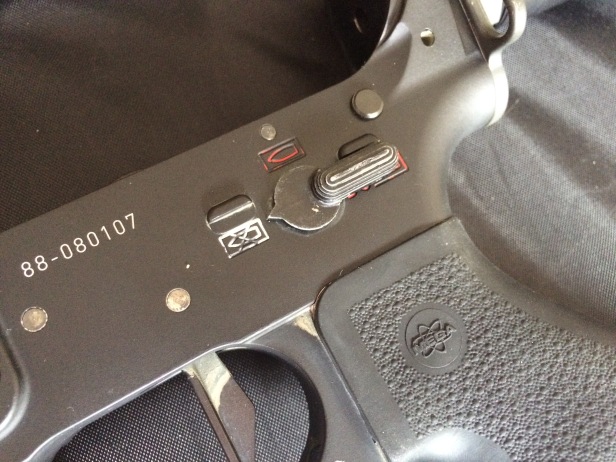 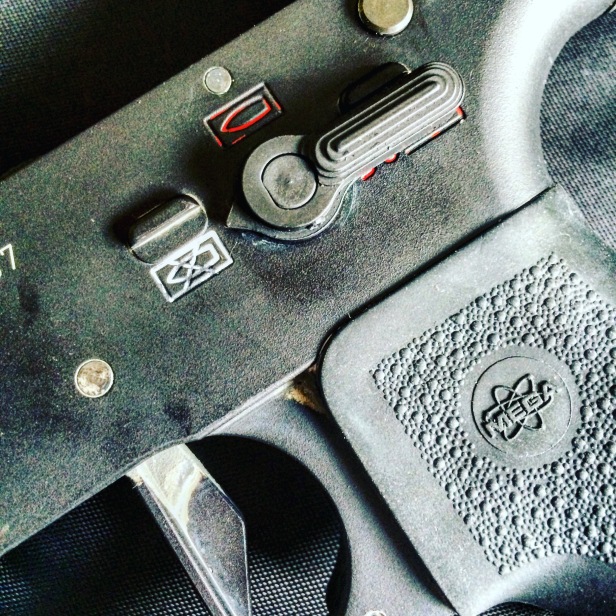 But what’s the movement like? Can you adjust the detente for a heavy, precise ‘thunk’ as you change mode; or is it limp and muddy? And what’s the underside clearance like? Will it move through its arc without fouling a Hogue grip, or does it need to be milled? 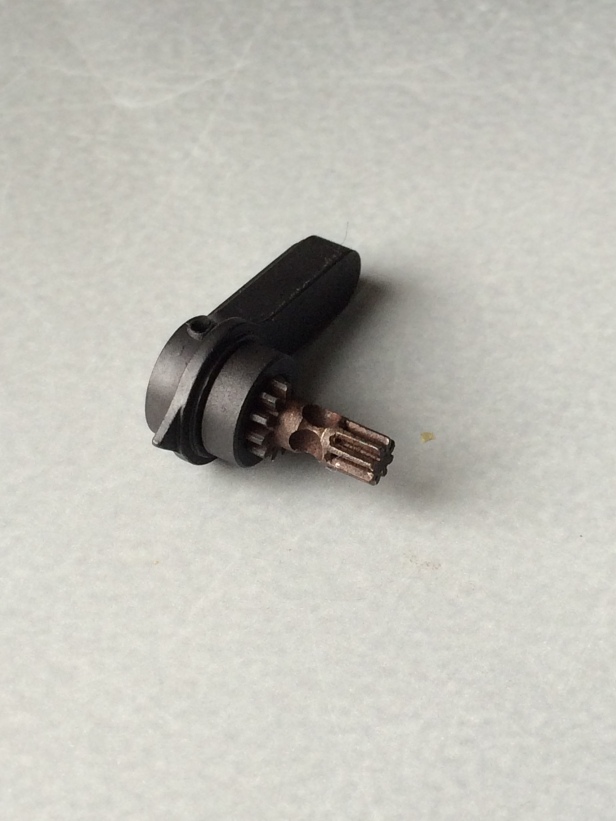 The selector depicted above is the business half of an ambi set. I don’t run an ambi PTW, so I went with just the one lever. You can also see the additional splines, instead of a smooth shaft, in the pic above. 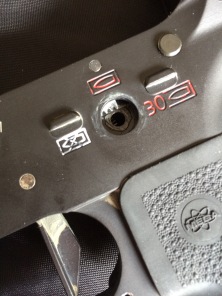 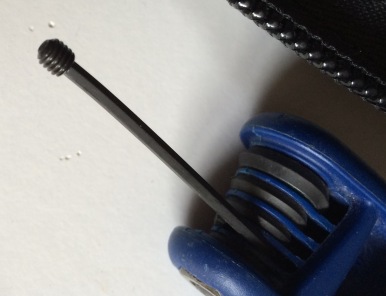 Once the OEM item was removed (which always takes a bit of a tug) the HAO selector pressed in very easily; which was a bit of a clue as to how it would function.

Progressively tightening the selector’s detente grub screw, recessed at the top of the gearbox, I couldn’t achieve as heavy a  ‘thunk’ from the HAO as I would from the OEM selector; even at the grub screw’s limit. The action is more than adequate, however.

The HAO is in no way limp and its movement is precise and smooth.

As for Hogue clearance, the OEM item can be milled on the underside so as not to foul the grip (or you can ghetto the Hogue, if you like the DIY look). HAO’s selector, however, completes its arc without interference. A drop-in fit.

Or, was I was missing something? Something didn’t seem quite right about that elusive 1%.

It’d be straightforward to make the lever’s detentes deeper, so why had it not been done ? I’d seen from HAO’s 416 quad rail that the company knows what it’s doing.

HAO understands the PTW from an engineering perspective and as a company it thinks things through. 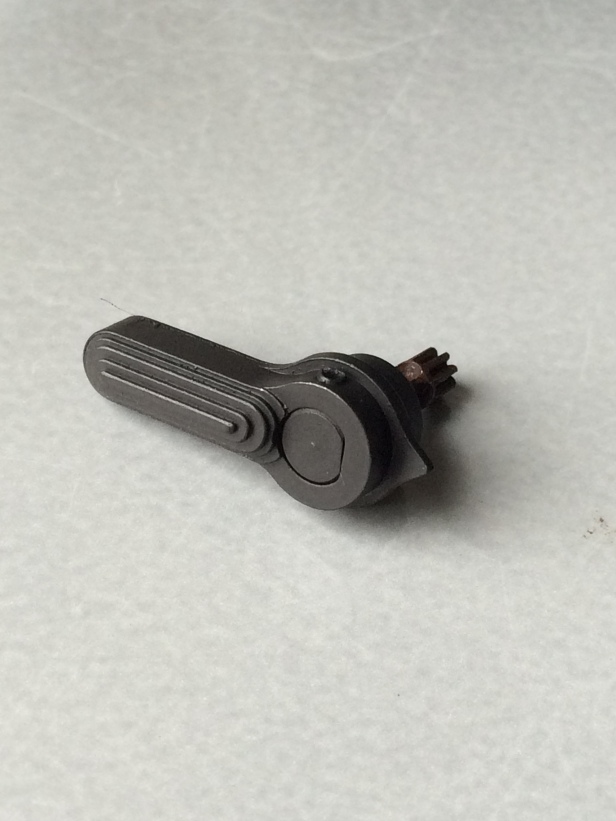 So I asked Tac about that missing 1% of performance:

“Remember that first and foremost the lever is part of an ambi selector unit (hence the gear teeth at the far end, rather than just a smooth shaft).

What HAO has done is extremely clever.

By making the detente shallow (which gives less of a ‘thunk’), less stress is put through the ambi mech when the slave lever is operated. This is unlike the OEM Systema ambi mech, where the dentente’s grub screw must be slackened right off to avoid damage.

The ambi set up is still inherently fragile and best not used, but HAO’s 416 lever set goes some way to improving the way it functions.

The obvious thing is that you do lose the ability to deliver the entirety of that familiar, positive ‘click’, from the old system.”

This is a refreshing product, which is way more than useable for ambi and non-ambi users alike.