My PTW-based 416 DMR was inspired by the one the character Clay Spenser uses in the SEAL Team TV series. 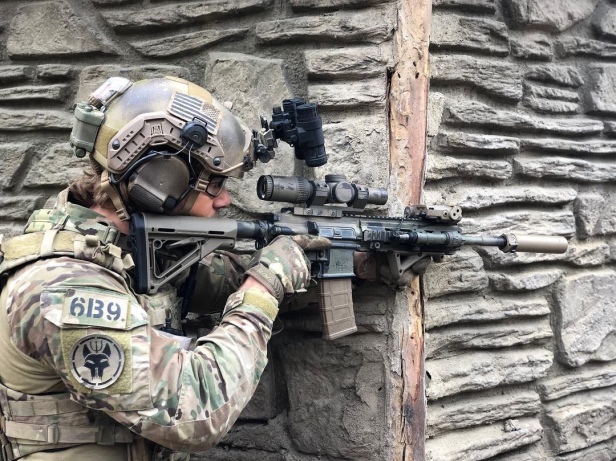 Amongst the other SEAL Team TV operators’ 416 builds, Clay’s is the most eye-catching: exhibiting a 14.5” barrel and a quad rail, alongside a Vortex scope.

Since I happened to have most of the parts for this build to hand, I thought why not change my 416D PTW into this DMR setup? Even though I’m an SBR guy, a 416 DMR is still tempting – especially the way Clay’s is set up.

Another reason to go DMR is that I want to make better use of my Vortex scope.

Ostensibly, this was purchased primarily for my URG-I build. However, as I’ve so far failed to source a Geissele scope mount in Canada for the URG-I build, I bought the Vortex QR mount instead.

Fortunately, this is the mount Clay uses in the show. But not all the parts used in my build are clone correct.

I made some compromises: 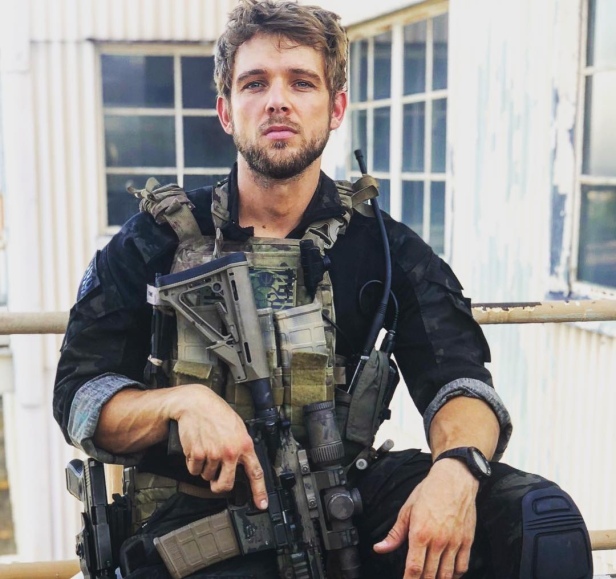 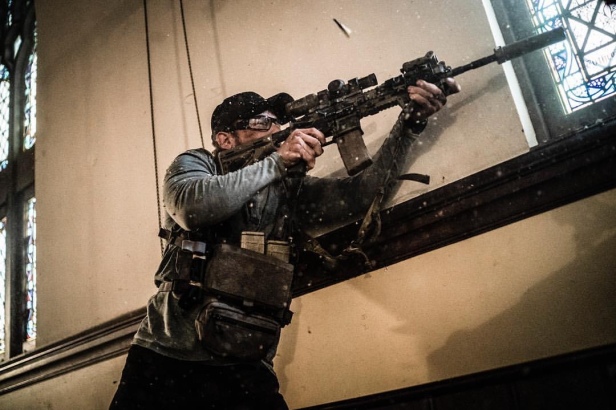 And here’s the parts list for my SEAL Team 416 DMR build:

The complete build looks awesome, but my first impressions of handling are a mixed bag. This serves as a warning to cloning a TV show DMR, which is probably set up for aesthetics rather than ergonomics. 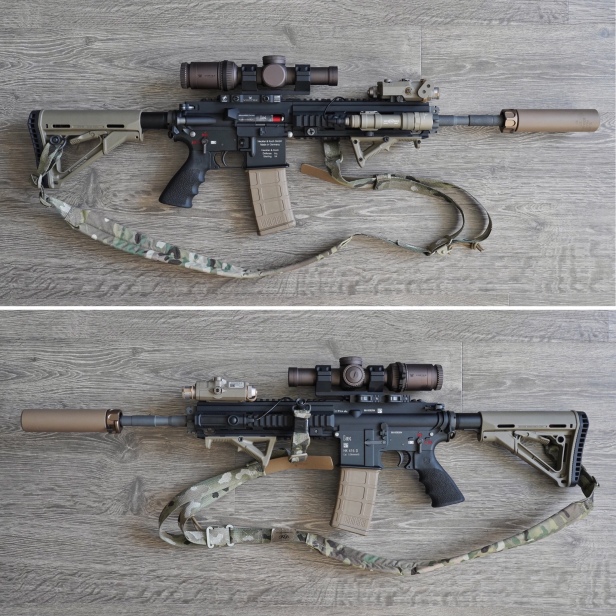 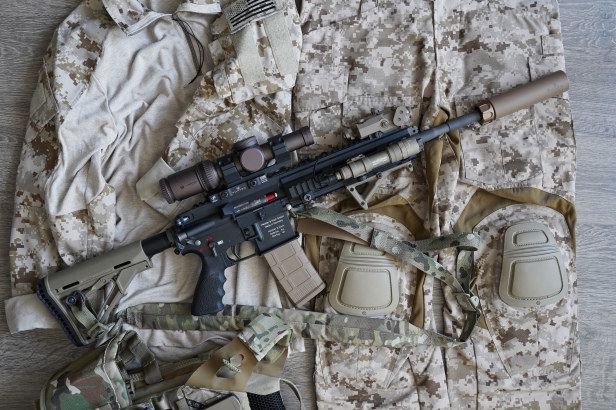 The 416 was front heavy already – even in SBR mode – and the 14.5” steel barrel and the suppressor just made it worse.

Also, I’m definitely not a fan of that angled fore grip. A vertical grip would be a much better choice for me.

Next, I’ll probably buy an M150 cylinder and 14.5” inner barrel to get the max performance from this PTW DMR – as long as it’s not overkill.

You can read more about the SEAL Team Armoury in ATRG’s article of the same name, here.