Today I opened a parcel containing one of the of the very first monolithic L119A2 airsoft uppers ever made.

It’s a beta release sample, sent to me for review by HAO and it is built for the Systema PTW. There are currently no plans to cater for any other airsoft platform.

At a glance info:

On 12 May 2016, images from Exercise Winchester Accord hit daily newspapers in the UK. Those pics – especially from The Sun – forever shifted and subsequently helped shape the current UKSF impression scene.

Technically, it’s taken until now for an airsoft L119A2 IUR to come to market. 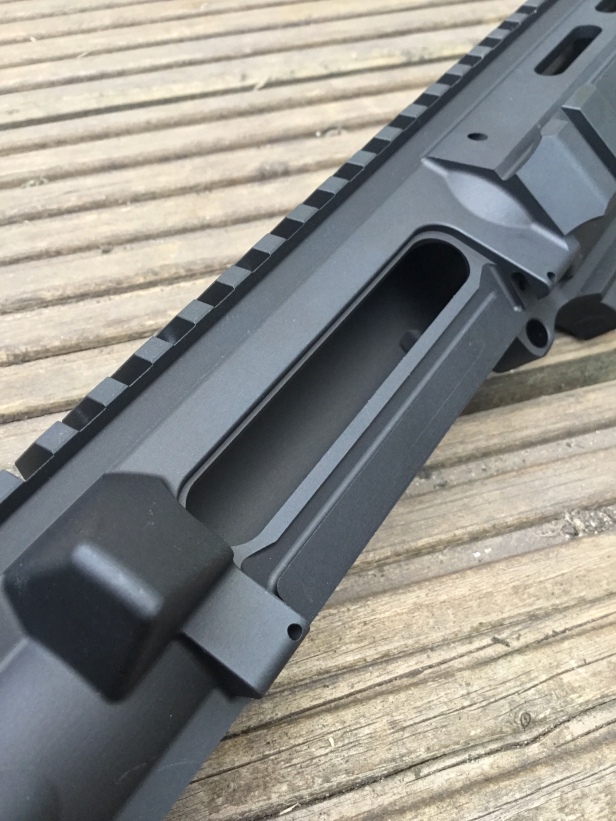 It is CNC’d from solid 7075 T6 aluminium billet. 7075 T6 is what the RS is made of. It is extremely strong and the composition quality is high enough for it to be anodised.

Therefore, post-CNC, it is finished not with powder coat or paint, but anodised – again, just like the RS.

The colour of my sample is an impressive deep grey ‘gunmetal’. 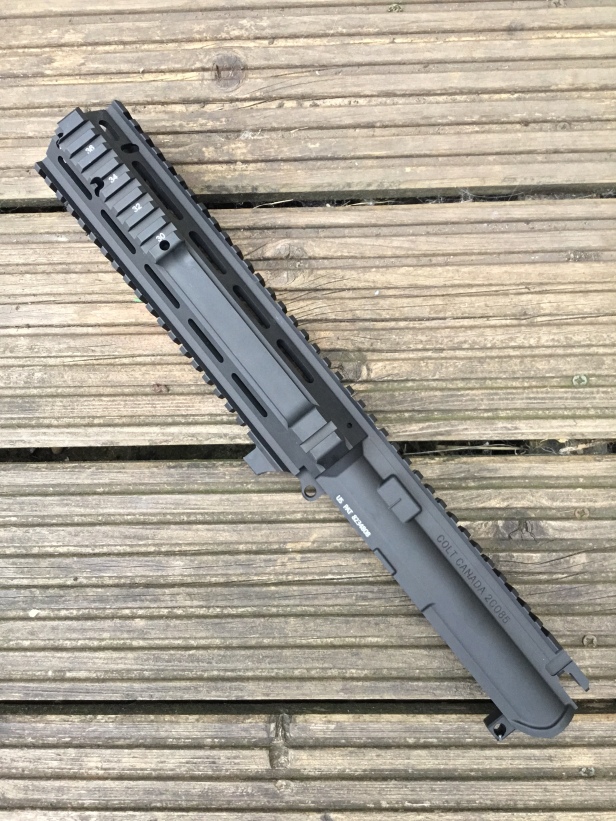 As HAO’s products tend to be, their L119A2 IUR was developed from a 3D scan of the real thing: one of the UKSF contract overruns, which are sold commercially in Canada.

These are as close as most people will ever get to an IUR issued by Poole or Hereford. It’s even been said that Bismarck – HAO’s CEO – flew to Canada specifically to capture the data. 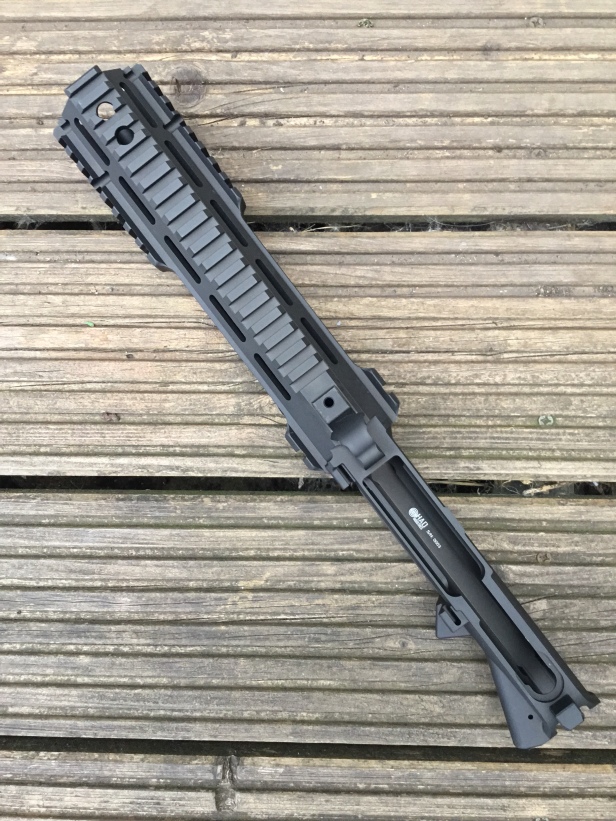 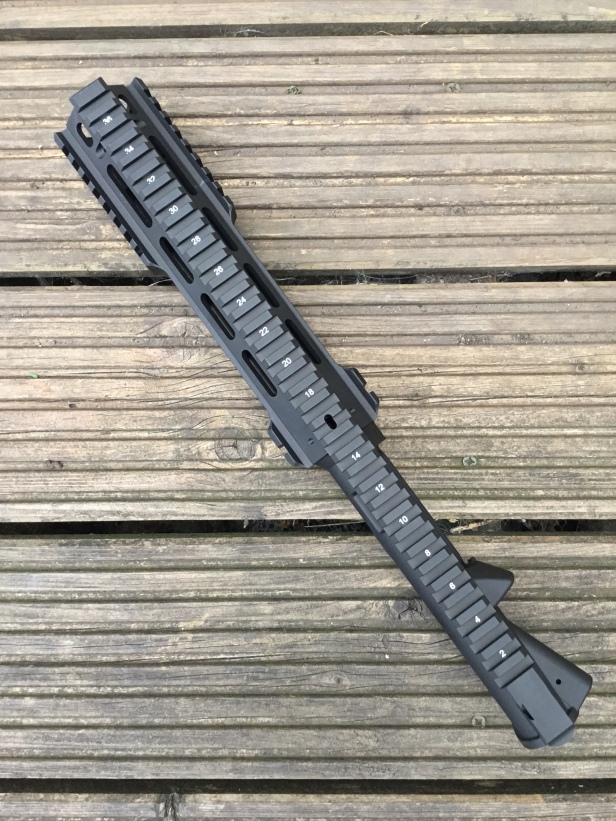 The result is stunning – and this is only a beta release as mentioned. As such, there are still one or two things still to be tweaked.

For instance, the replaceable charging handle latch notch needs to be fitted – you can see the large recess for it here:

The truth is that quite apart from the defining monolithic aspect, there is no other AR upper quite like this out there. 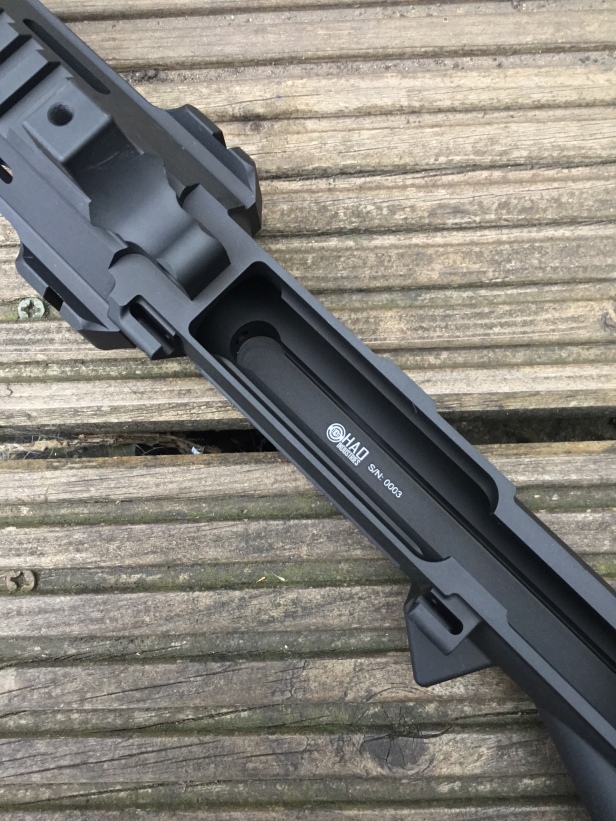 Unlike other HAO releases, the L119A2 project has been uncharacteristically locked down. However, I asked Bismarck what his motivation was in staying the course.

As usual, his answer was:

“We did it because we can.”

The sample landed today, so the next job is to put it together. I’ll update on that, soon.

Catch up on the full HAO IUR series