Interesting post on ar15.com from the summer. It documents the evolution of Stukas87’s blaster through three Afghan tours and culminates in a pic of the AR he uses presently, now retired.

Regular reader’s of the blog may recognise that Stukas87 is none other than Jeff Gurwitch – author of the seminal Defense Review series: Tactical AR-15/M4/M4A1 Carbine/SBR Aftermarket Accessories for Military Combat Applications: The Competition-to-Combat Crossover: Part 1,Part 2,Part 3.

Trying to shoot out to 500meters kinda difficult with only 4 power Elcan short barrel.
Went into 2015 with this switched after 1st fire fight: With that went back to 14.5 for better ballistics
Its a heavy set-up but worth carrying for average distance I engaged threats 2015; around 300-400 meters.
Also shit canned a weapon light. 1 to cut weight and its Afghans job to go in 1st during building clearing. 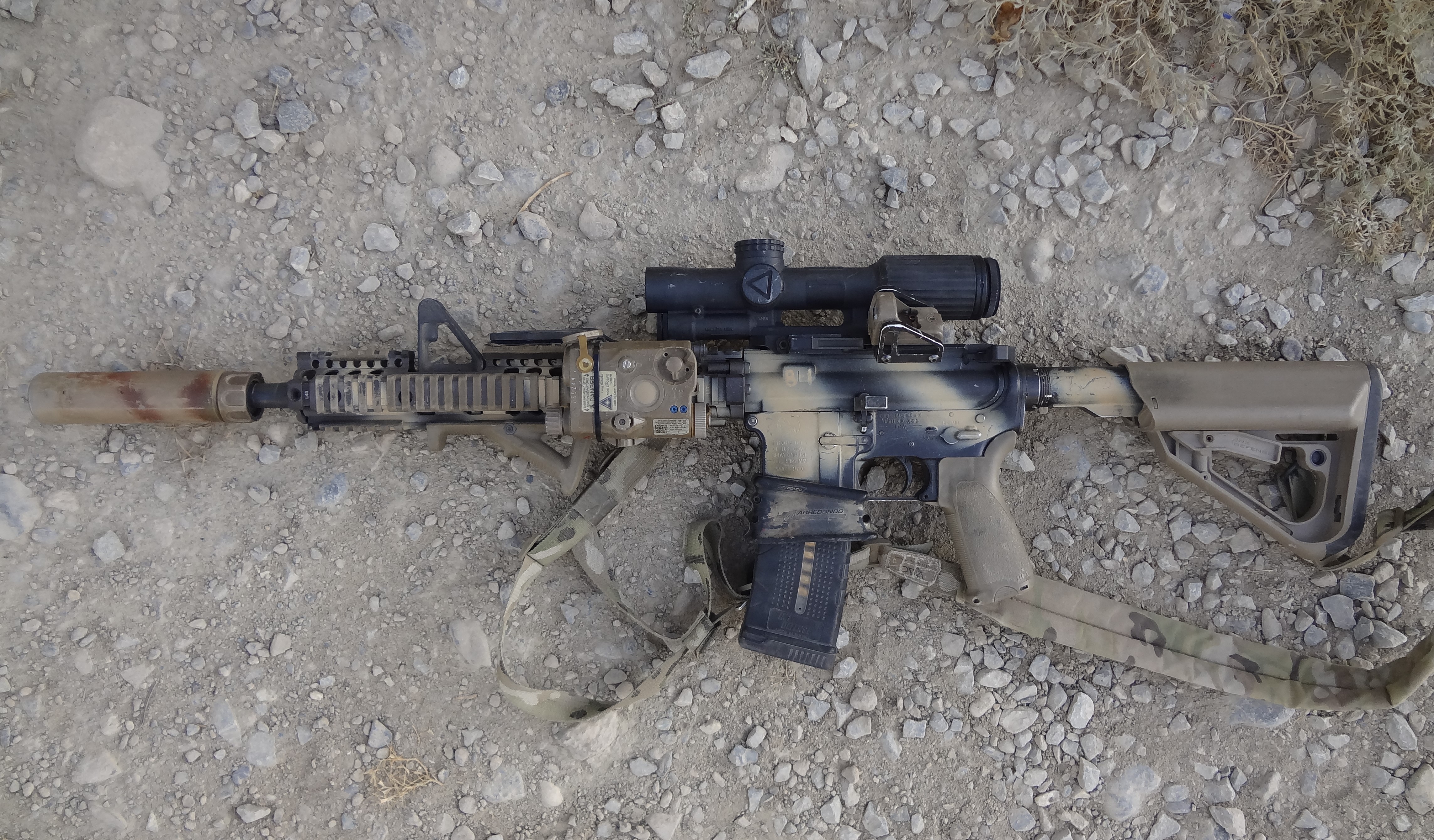 In case you are wondering now that I’m retired here is my version of a clone of my old work gun
(Yes I know not even close to a M4A1) But what the Hell:
16inch Adams Arms with all that same crap, Burris Fast Fire II in Off set mount:

You can read the other posts in the SOF (Ret.) series, here.