Looking back over some old pics – some unpublished – I came across early ones of the 2013-2016 iteration of my M4. It was supposed to be an SOF-influenced build. Like a Block II, sans LA5 and Surefire, but with a Geissele SMR Mk2 instead of a RIS II; and with an AAC can instead of a KAC.

However, it’s the paint job which really ended up marking out this blaster.

It was my first paint job and there was more than a bit of beginner’s luck involved. It was the very first (obviously) ‘Big Net’ pattern I delivered, although I’ve since done something similar for friends.

Why do I call it my Big Net pattern? Well, because what characterises the process, after base coat, is the application of a cargo net as a template. I then spray through it with various colours to get an airbrushed look, sometimes with smaller nets in place.

No airbrushes were involved, however. This is all from a rattle can: Humbrol and Krylon. 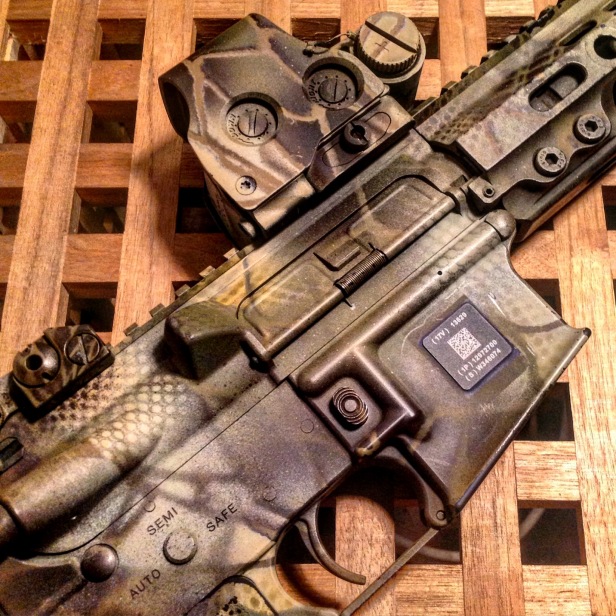 Bizarre as it may seem, one of the things which influenced me in producing this deep, murky look was the biomechanical art which HR Geiger produced for the film Alien.

There’s always a weird backstory to my paint jobs, so regular readers are probably unsurprised at this turn.

So, while this blaster is more about the paint job than its components, here’s the parts list, anyway: 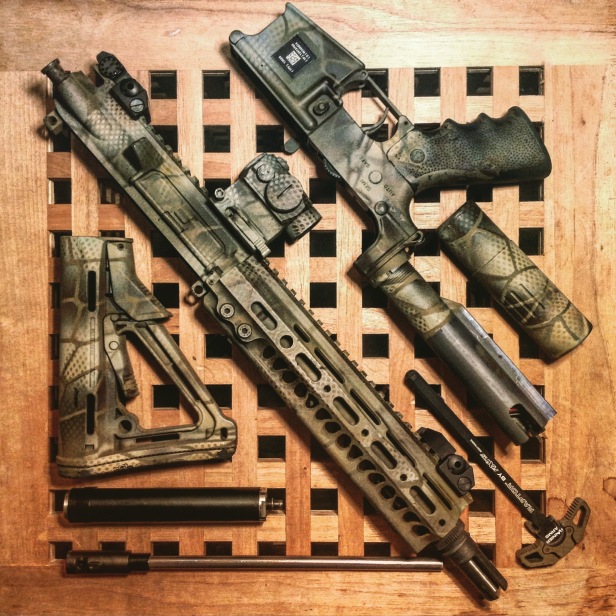