Many will see this build as the final word on the Block II CQBR PTW and it certainly sets the bar very high indeed.

It’s why I’ve entitled this blog Game Over; although not in the blog’s native tongue. That’s for a different reason…

This really is an awe inspiring blaster, with a list of RS parts as long as your arm.

Incredibly, despite the insane difficulties in sourcing these parts, the builder of this blaster hails from Russia.

Yeah – you read that right: Russia.

So imagine the time, effort and cost involved in putting this build together.

Since Rakshar runs a Combat Control Team (CCT) loadout, he even got his own home grown AFSOC QR codes done.

Well, I say he got them done – it was actually Mikhail’s wife. Mikhail – Rakshar’s buddy – helped a lot with this collaboration, because he speaks excellent English:

Mikhail – My wife designed these in CorelDraw (the hardest part!). The laser workshop was on the other side of Moscow and it worked out too expensive to get just one or two made…

Rakshar is part of the Alliance team out of Moscow.

The blaster as a work in progress: 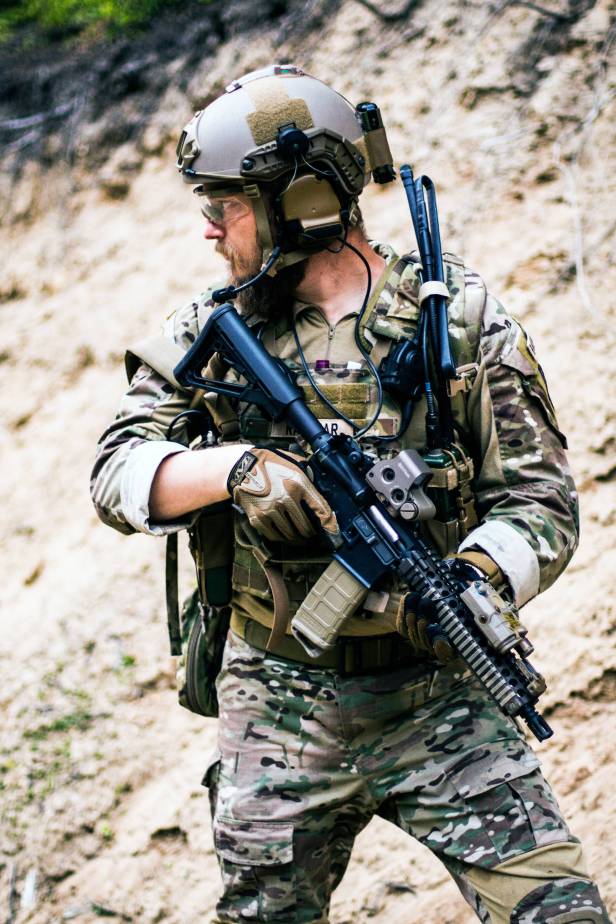 Rakshar – It’s taken a lot time and a lot of money.

80% of the parts came direct from the US. Some parts were bought here in Russia and some from Canada.

But yes, it’s a LOT more difficult than if you live in the US  – ITAR, customs, mail forwarders, etc.

And, not only has he created an almost peerless build, he’s able to show it off at its best with some awesome photography.

Massive thanks to Eugene (Rakshar) for allowing me to show his awesome build; and also to Mikhail who translated and helped me out 🙂