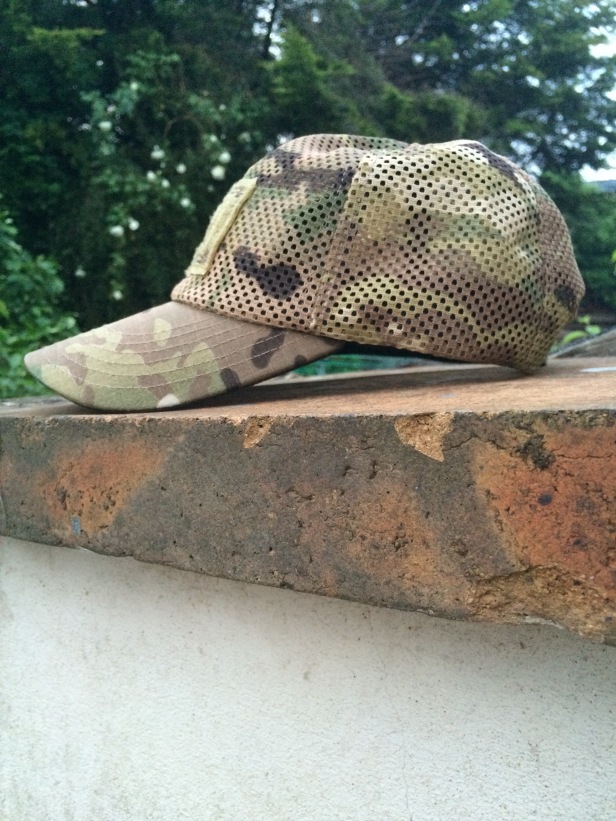 Not all ball caps are created equal and I will fight anyone who suggests otherwise.

Actually, only half of that is true. I have nothing to back up the fighting bit, but Rogue American Apparel’s Full Mesh Cap is robust proof of superiority.

I got this cap from HR4K. Fast shipping as usual, but it’s not just about efficiency with this company; it’s about the kit they choose. Someone there is very good at spotting gaps in the market. Someone is also very good at selecting proven, hard use gear.

Not only that, but HR4K has an acute knack for featuring products on their Facebook page which absolutely fit a need I have right there and then. Take this cap, for instance.

I played my first game of airsoft in some time on Sunday. It was fucking hot with not a little humidity. The ball cap I was wearing at the time is a great fit and has served me well over the years; but it was just too bloody hot.

Rogue American Apparel’s cap popped up in my Facebook feed the following day, as I was dealing with a hangover brought on by not drinking enough water the day before. 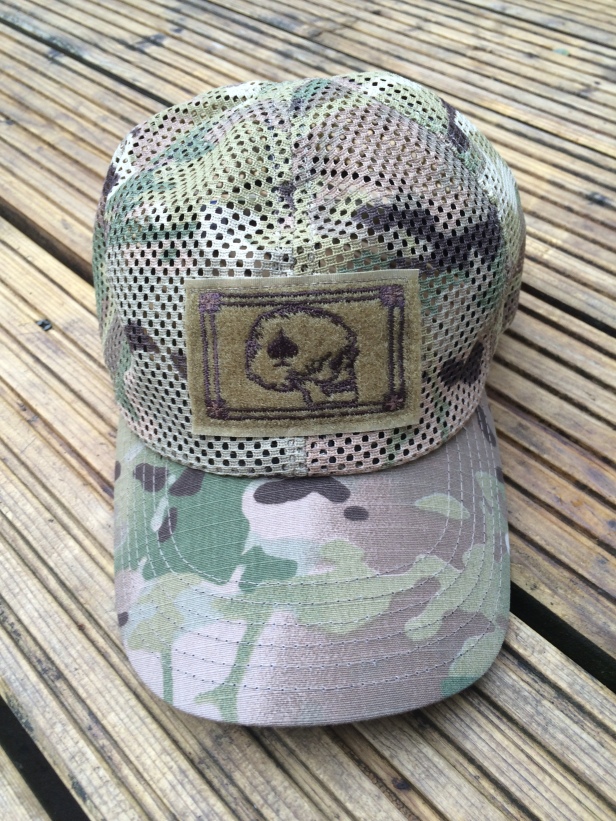 I’ve tried loads and loads of ball caps and I’ve nearly always been disappointed. I’m not sure if it’s the shape of my head or what, but they are either too deep, too shallow, too small (and never too big); then there’s the level of comfort, the ones that just ping off my head when I’m running, the ones that make my ears stick out, the ones that force eyepro off my face…I could go on, but lists are boring and reveal my OCD.

So this is why not all caps being created equal is science fact. This is why Rogue American Apparel’s cap is only the second one I’ve tried which works. 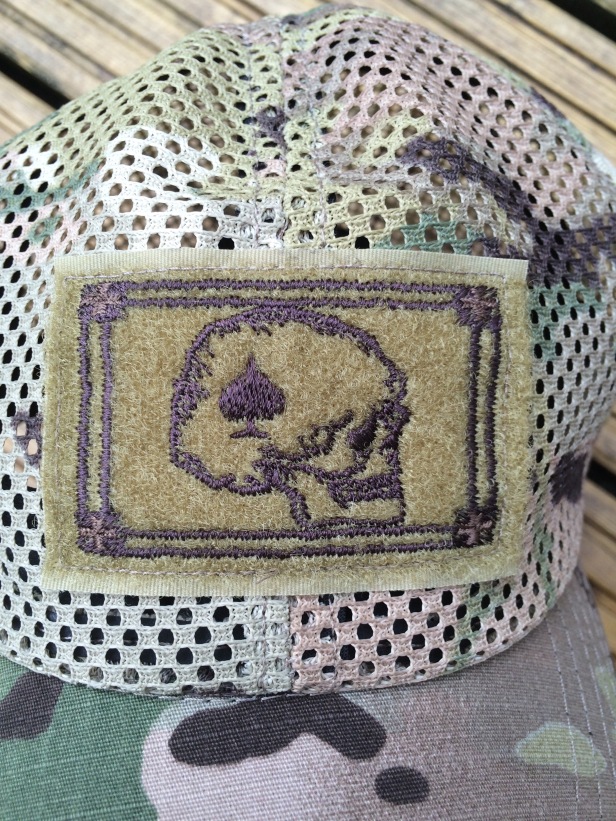 I’m developing a major dislike for velcro at the moment. Mercifully this cap has just the one swatch. To be honest, if I wanted to tell people about the inner me, I probably wouldn’t do it through the medium of morale patches – so I don’t want or need a lot of loop.

Equally, velcro isn’t that breathable. Crucially this is a mesh hat for summer airsoft. It needs to be breathable and wicking.

Now, I’ve come across the polyester mesh stuff used in the construction of this cap before and it is both breathable and wicking. So that’s another win. 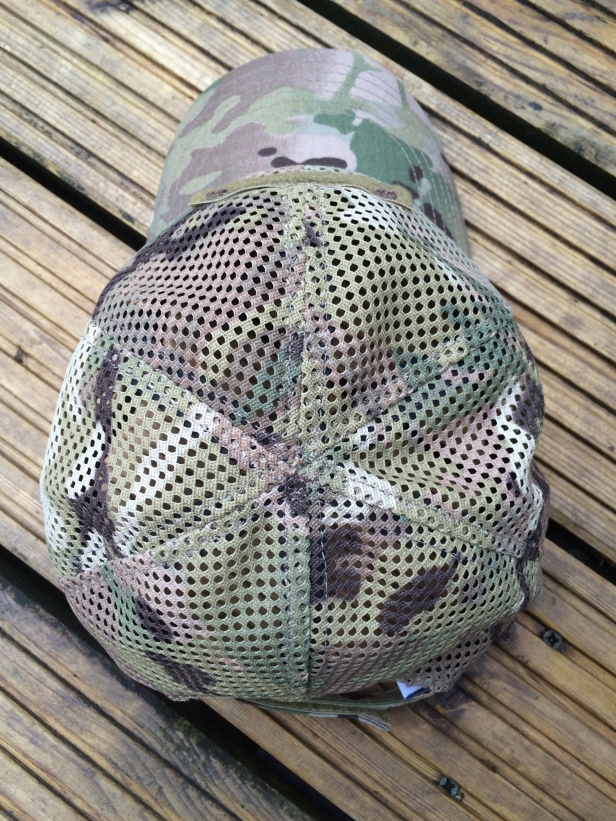 The cap is composed of six main segments and doesn’t have a button on top. I’m told buttonless caps are more comfortable. As Andy at Tactical Optician tells me, this is probably because I don’t wear ComTacs/Sordins, where the headband presses down on the button.

Six segments hopefully means a good fit and this cap is indeed a great fit. Not too deep, not too shallow, doesn’t press on my temples and is basically head-shaped. 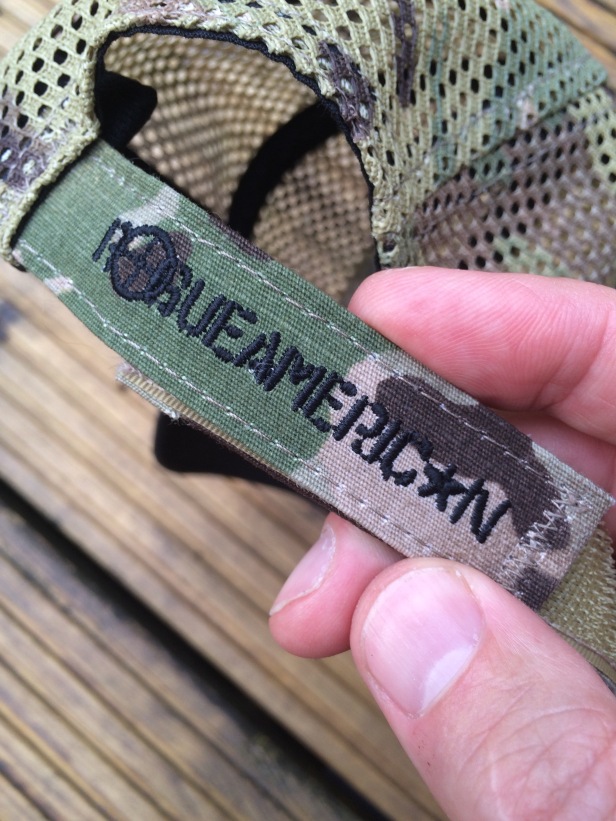 The cap is adjustable and is of the one size fits all variety. I normally avoid this kind of lazy sizing and go for L-XL. But, as I said, this cap fits great and has a good deal of adjustment either way. 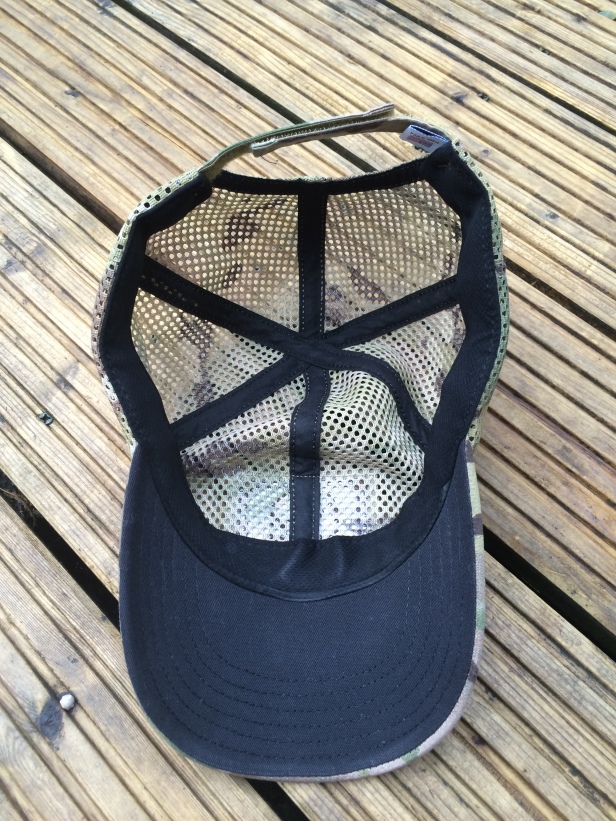 Flip the cap and we can see the construction. It’s very neat and stitching is straight and true.

However, the other really cool part here is that the underside of the peak is black. Non-reflective materials here are good. 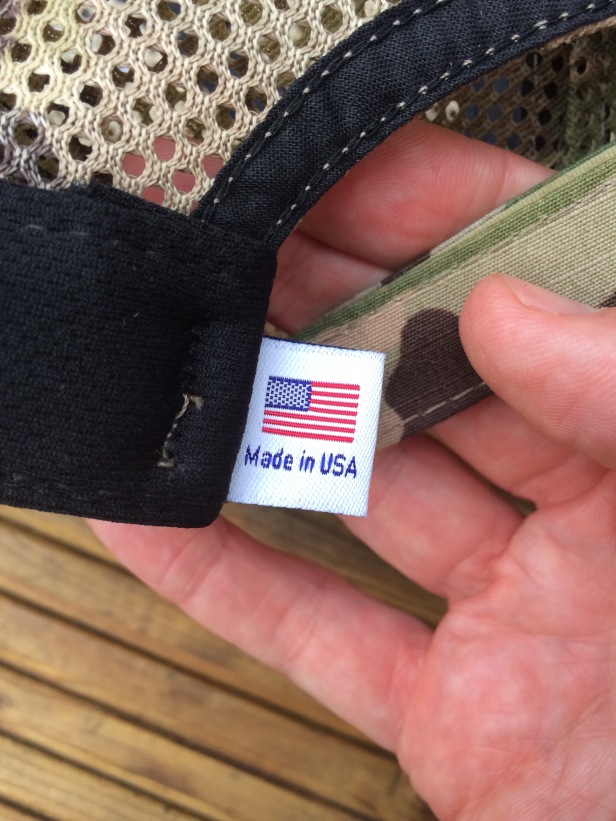 Lastly, there’s a nice Made in USA tag. To be honest I’m more into quality than where stuff is made, but this is true to the Rogue American Apparel brand and I respect that.

This is a great cap and one I’d wear in general public without feeling like a dick. I can’t say that about most of my airsoft gear.