At the end of January, I received a Cierzo Shirt for review from The Redback Company. It was a nice surprise and because it was gifted to me, it meant I could really put it through its paces before reporting back.

It arrived packed down, in its own little bag – and this is how I’ve carried it around as an emergency layer (after removing the brand tag). 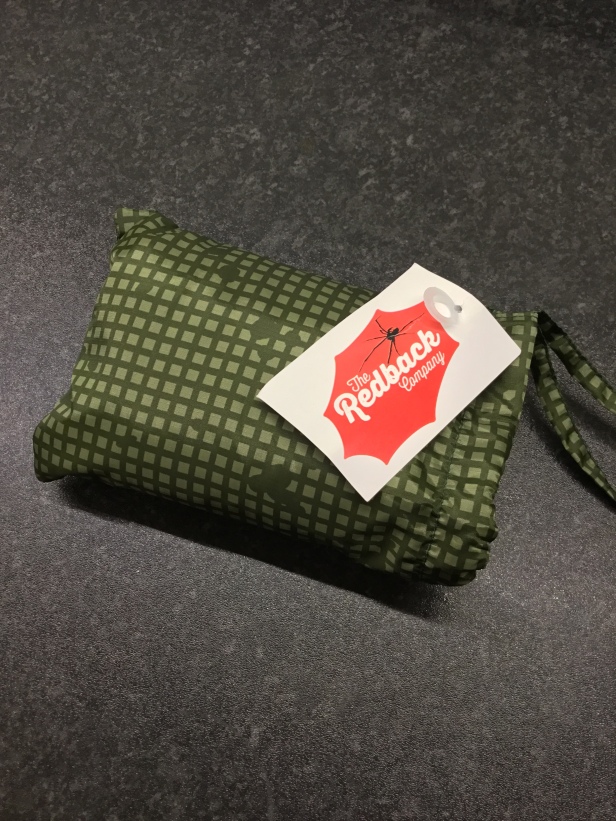 Around the time the Cierzo arrived I published a primer on the subject, in the form of an interview with Ben O’Toole – The Redback Company’s CEO. I’ll be referring to it in part here, but it’s well worth a read as a standalone piece.

Amazingly, given its price, the Cierzo shirt is made in the UK by the company responsible for procuring silk for parachutes during WW2. This is a delicious irony, given the item’s history – which you can read more about in the primer.

First, let’s get the elephant in the room out of the way. The shirt is not a flattering fit.

The item is bat wing shaped and oversized. It’s a smock, so the design has to allow the shirt to be doffed and donned over the head. 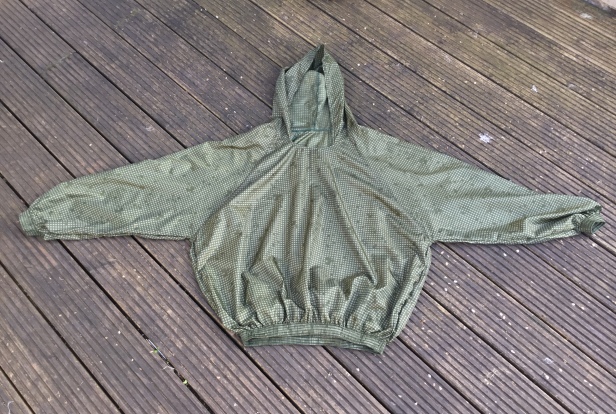 This voluminous nature also allows it to be worn over layers of various degrees. In addition, it means size differentiation is kept to a minimum – which presumably keeps costs low. 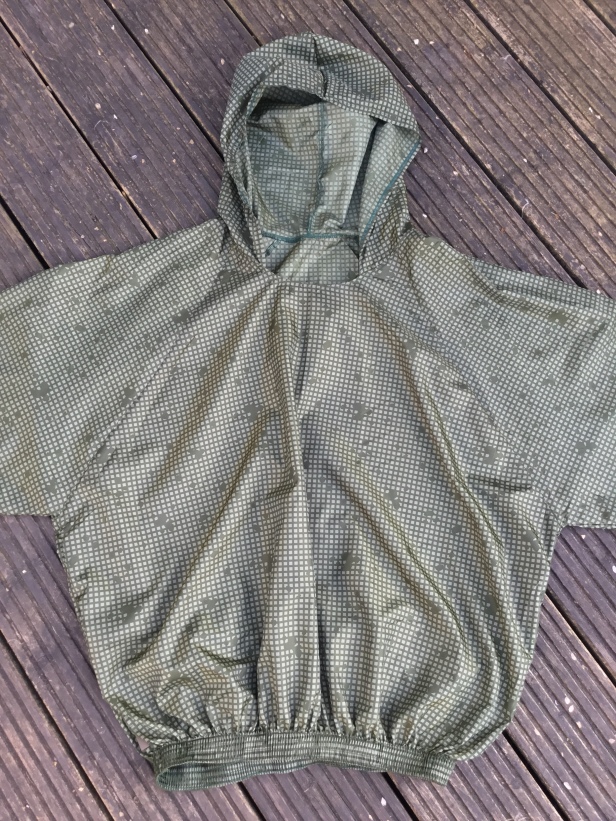 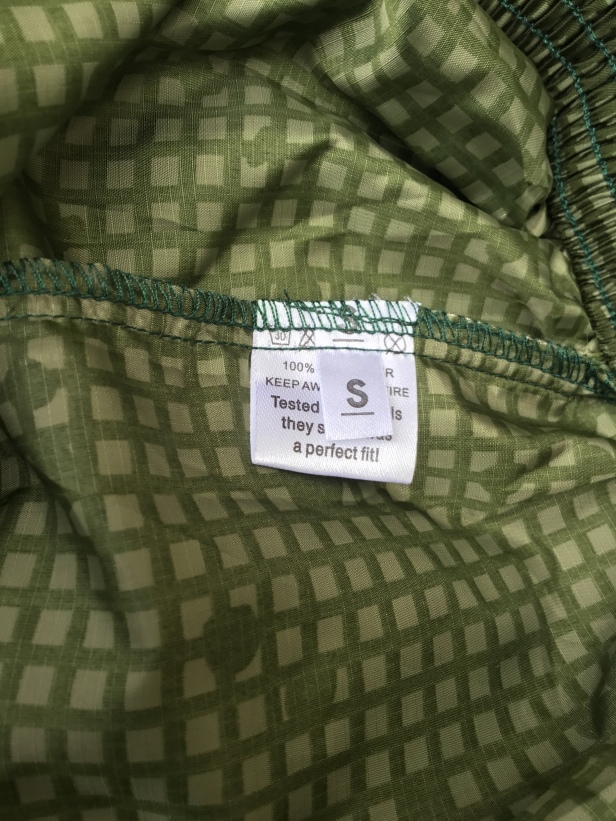 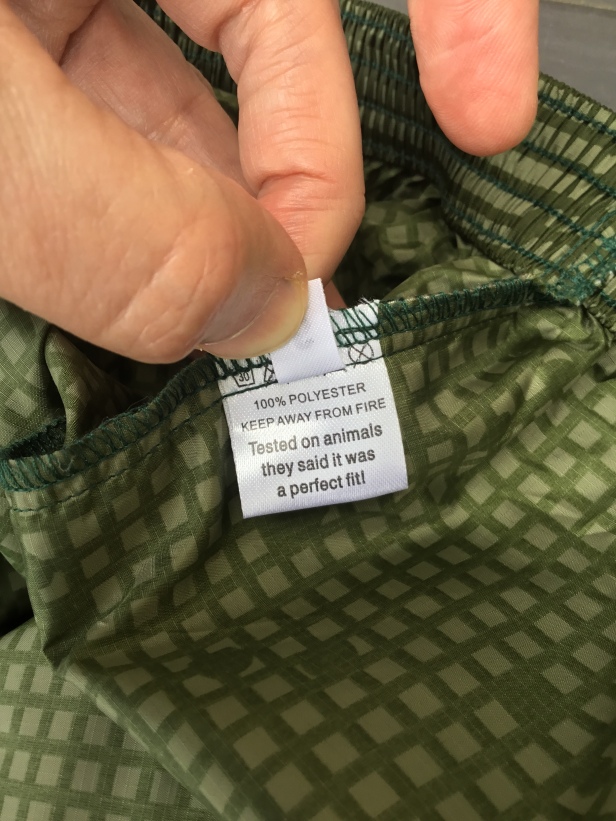 Speaking of keeping costs low, the price point is extremely reasonable. The shirt was £39.95 at time of writing. Compare this to my £140 Arc’teryx Nodin, which does exactly the same job. A £40 wind shirt is a consumable. A £140 one is not.

So that’s £100 extra for the more engineered Arc’teryx article, which I’d be afraid to wear in woodland for fear of damaging it. That said, the Nodin is a smart enough fit to wear for work and urban EDC; the Cierzo isn’t.

And nor was it designed to be.

The fabric is a super light, 100% polyester with a ripstop weave. It’s highly packable and tougher than it has an right to be (it’s used in the manufacture of parachutes) though it’s not indestructible. 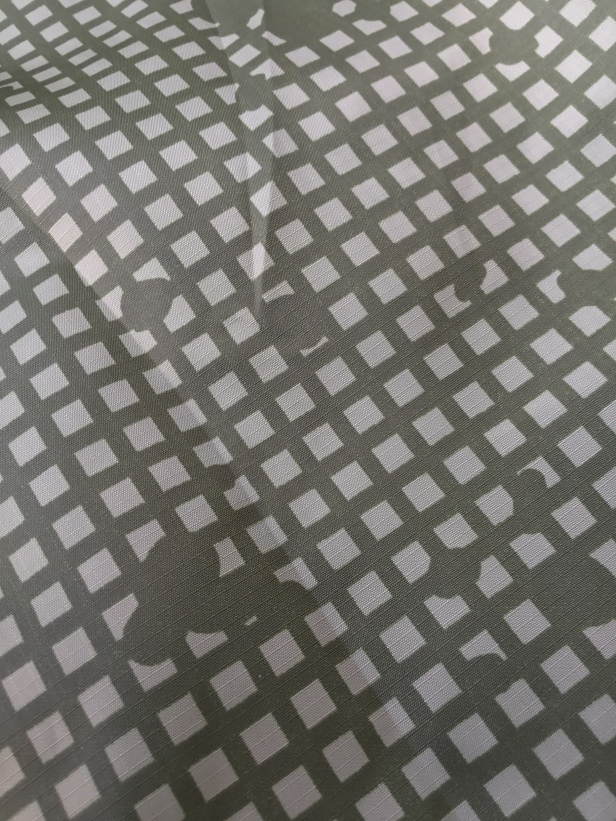 It’s also fairly windproof, but breathes extremely well (something a goretex shell does not do well, regardless of marketing). The breathability means the Cierzo excels when worn during vigorous activity.

The fabric is slightly water resistant, but this can be improved using a hydrophobic DWR (durable water repellant). The Redback Company recommends Nikwax. However, it’ll never be as water resistant as a shell so don’t expect miracles. Having said that, when it does wet out it dries extremely quickly from body heat when shelter is found.

Needless to say, it dries fast after washing too.

The Cierzo – though simple – is well made, with high quality stitching throughout. 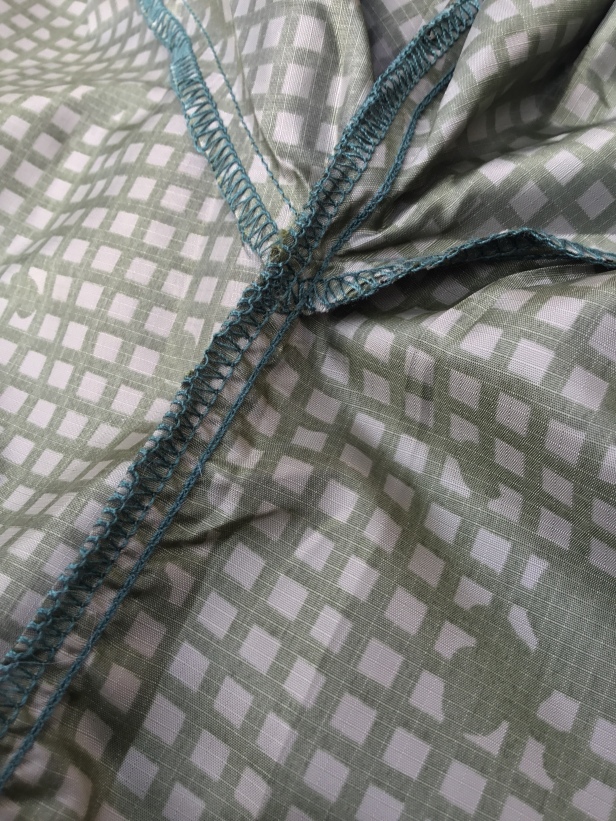 It’s a real testament to The Redback Company’s ability to partner with high quality U.K. manufacturing; and to the manufacturer itself, for turning out such excellent construction. You don’t see it that often and certainly not at this price point.

The Cierzo is a hooded smock. The large hood is most useful for keeping off light precipitation. It’s not practicable for very windy conditions – having no cord to bind it to your face – but it is fine in a light breeze; or if you need that extra bit of warmth. 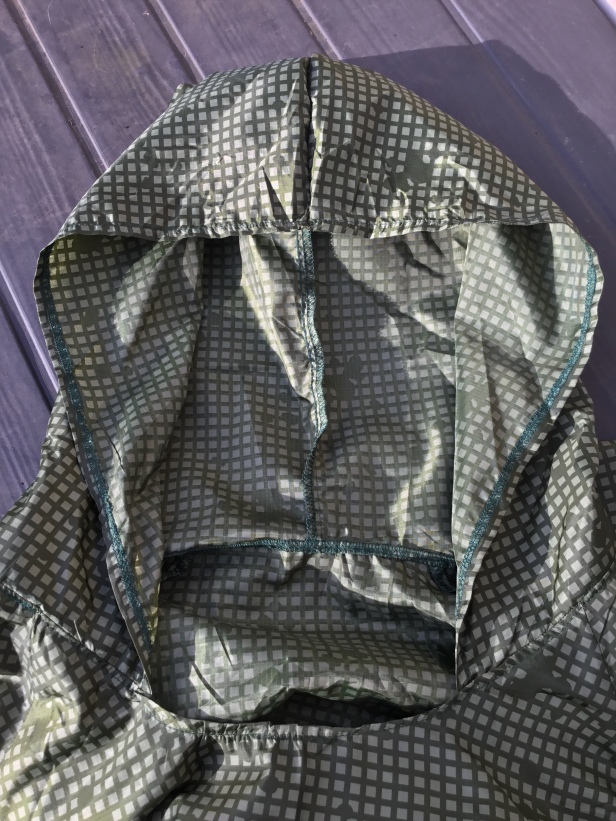 The cuffs are elasticated and this is a useful feature. Not just to keep the elements out, but so that the sleeves can be pushed up your arms and stay put. This is great for washing items or collecting water from streams; and also for heat management.

Needless to say, in order for this to work the sleeves have to be voluminous – which they are. 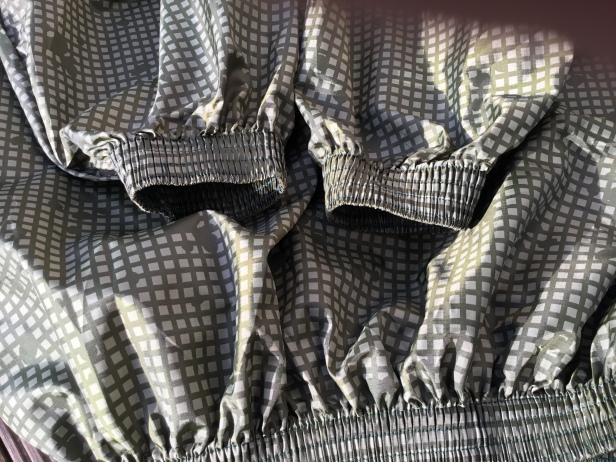 The sleeves are also overlong, which means that in conjunction with the elasticated cuffs they don’t ride up when climbing. 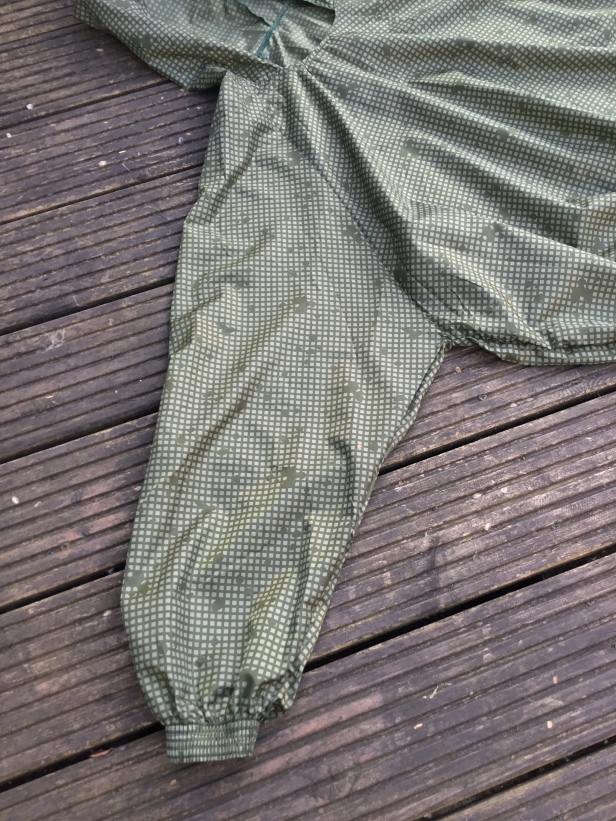 As much as I love the Cierzo overall, I have a poor relationship with elasticated hems. This is because I find them uncomfortable to wear.

They also have a nasty habit of riding up. The Cierzo’s additional volume prevents the latter – so regardless of your activity, the elasticised hem stays where you put it. 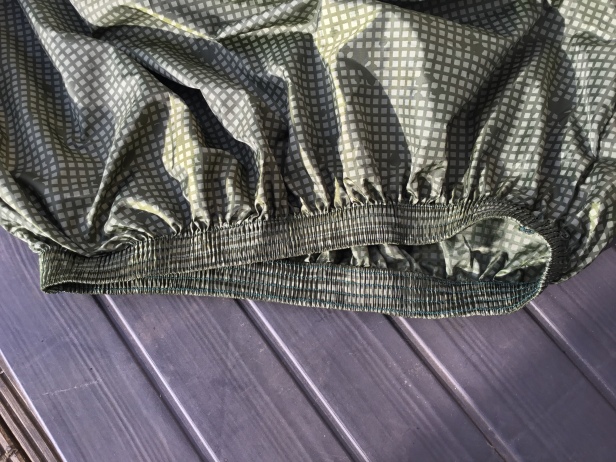 The hem staying put is actually really useful if you have to visit the ‘restroom’ outdoors while wearing the shirt. Pull the Cierzo up around your waist – where it will stay – and you’ll have no worries. 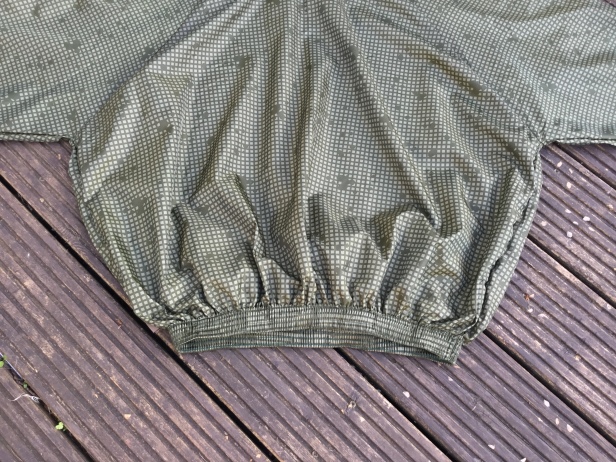 Having said that, on balance I’d much prefer an open hem. Granted, open hems don’t keep the wind out; but really, if it was that windy, I’d want to be wearing a goretex shell to absolutely block the wind.

One thing The Redback Company could look at instead, is a simple drawcord hem.

In the primer, Ben claimed the following about the Cierzo and it’s what I sought to test:

The garment is meant to be used as a windproof outer layer or as an intermediate layer. They can even be worn under a damp outer layer while it dries out. Cierzo Shirts punch well above their weight in terms of the warmth they offer, especially in windy conditions and mountainous terrain.

I can confirm that it’s all true.

Its incredible just how much warmer you feel with the Cierzo layered over a fleece, but the combination remains breathable. Because the shirt’s fabric is super light, I did also wear it underneath a fleece to protect the shirt from damage. Again, it’s a useful combination.

One time while wearing a shell in a deluge, it completely saturated. Taking shelter I assuaged the discomfort of precipitation wicking into my mid layer, by inserting the Cierzo between shell and mid. Once the rain had abated, I set out again feeling much more comfortable. The combination also allowed my shell to dry out through body heat.

Much as the price seems like a no brainer for a cool looking night camo layer aimed at outdoor pursuits, the real bonus is that the Cierzo shirt actually works as anticipated. Having owned a number of wind shirts over the years, I knew the theory was sound – but it needed to be tested.

I said earlier that the Cierzo isn’t smart enough for work or EDC. With use, I found that’s not entirely true. As an emergency layer, I found that I didn’t give a shit what it looked like if it was the difference between staying relatively warm and dry or discomfort.

Over the last two months it’s been in my work bag every day. Packed down, it’s so small as to be unnoticeable unless needed.

If it’s not an emergency it’s probably one for the woods, however.