In Part 1 of this series I looked at Crye G4 Combat Pant sizing. The article benchmarked G4 against AC and G3 Combat Pant measurements and included notes about post-wash shrinkage.

The takeaways from that:

In Part 2, I looked at the overall fit of G4 Combat Pants.

The takeaway from that:

In Part 3 of the series, we’ll look at the G4 Combat Pant feature set. This, therefore, is the substantive review.

Strap in, because this is going to be a long and detailed piece.

2. Fabric – The Most Important G4 Aspect

I hear objections to G4 Combat Pants, to the extent of:

“These pants aren’t my thing, because they’re not loose enough.”

It’s a similar narrative to that which accompanied the release of G3 and to be fair, it’s possible to speculate pretty accurately about G3 if you’ve worn AC – and vice versa.

With G4 Combat Pants, things are significantly different. Their overwhelming feature isn’t something you can call just by looking at pictures. If there’s one thing I hope to impart in this article, it’s that fact.

How loose the pants are really isn’t the issue people need to get their heads around.

Or, to put it another way, the quality which allows the pants to be slimmer isn’t something which has ever been part of any previous Crye Combat Pant generation.

It’s the VTX RIPSTOP stretch fabric, which incorporates 2% spandex. It doesn’t sound like much stretch, but it is.

The stretch absolutely changed everything I thought I knew about Crye Combat Pants.

It’s like Crye made the whole pant out of Tweave, but with greater breathability than 50/50 NyCo (the cotton nylon fabric which AC and G3 pants are mainly composed of).

Not only that, but because VTX RIPSTOP has a much softer hand than NyCo, G4 pants are silent: no swooshing noise as the wearer ambulates.

But, at risk of labouring the point, stretch is the key here.

Unless readers have experienced G4 Combat Pants – or some other pant with four way stretch – for themselves, it’s tough to imagine a narrow cut that’s more comfortable, ergonomic and mobile than either AC or G3.

There’s a likely trade off for this superiority however. 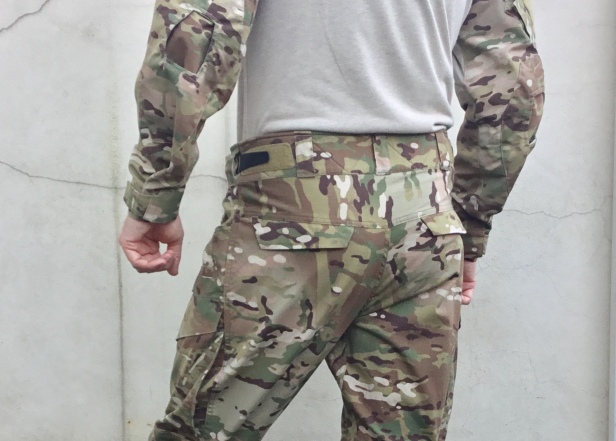 So what’s the downside of a fabric which allows greater agility, is quieter, 17% lighter, 60% faster drying and four times more breathable than NyCo?

I don’t think it’s quite as robust.

Crye is quite clever in the way they express this:

Already I’m seeing signs of bobbling on the face of the G4 fabric and whilst this isn’t death, it’s surprising to me given how new these pants are.

Only time will tell how durable this fabric is and I can understand potential buyers holding off until more is known.

That said, VTX RIPSTOP is still going to be more durable than the average fashion or outdoors textile.

For a start, as the name suggests, it exhibits a ripstop weave. It’s just not going to be as durable as traditional NyCo – but then it has far greater benefits in many other areas.

Also of note in terms of durability: there’s no double seat, so you only get one layer of fabric to wear through on the posterior.

But who’s going to be sitting down wearing these stealthy, highly mobile gems? There would have to be gallons of tea to drink before the arse fell out.

The right side front pocket is equipped to carry a knife.

Is explosive entry your thing? These pants may help.

Although both AC and G3 Combat Pants have thigh pockets, they aren’t the most usably sized (although the wearer tends to find items for them, which makes them seem more useful than they really are). G3 thigh pockets also conceal knee pad height adjusters.

The G4 thigh pockets do not contain the latter. In addition, they are much larger and their structure is totally changed; with a discrete zip and an air mesh lining.

The best thing about this is that if the wearer does not require their use for storage, the thigh pockets can be use for cooling – like pit zips. 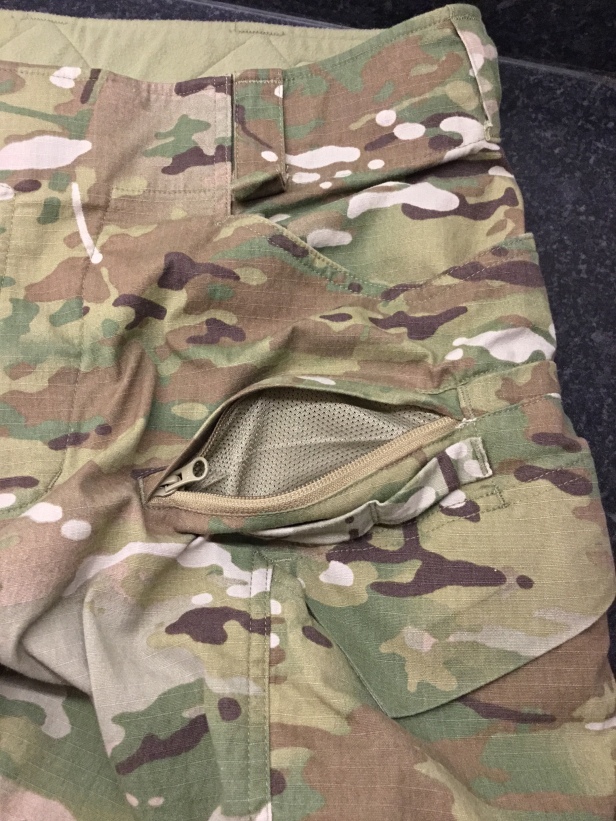 Transported to the rear of the trouser leg, the ankle pockets are zipped and incorporate a bellows-like pleat at the base.

A feature of the G3 Combat Pants which I’m glad to see retained in G4. These adjusters allow the wearer to dial-in pant fit and can make a trouser belt unnecessary. This is functionality which is sadly lacking in AC pants.

Again, like G3 and AC, the waist is padded for comfort.

It’s a moisture wicking pile which transports sweat away from the skin to the outside of the waist band, allowing it to evaporate. It’s a cool feature.

Unlike AC Combat Pants, the cargo pockets are rotated around the leg to the side.

These pockets are incredibly discrete when not in use but expand at the back when laden. When I initially got hands on with the pocket flaps, I thought they were made from a laser cut softshell fabric as they are so clean and sharp. However, they are composed of the same VTX RIPSTOP as the rest of the pants, but instead of being stitched they are welded. It’ll be interesting to see how this holds up compared with stitching.

The flaps tuck cleanly into the pockets, incidentally, for fast access or use of the pockets as dump pouches.

Like the thigh pockets, the cargo pockets include an air mesh lining. 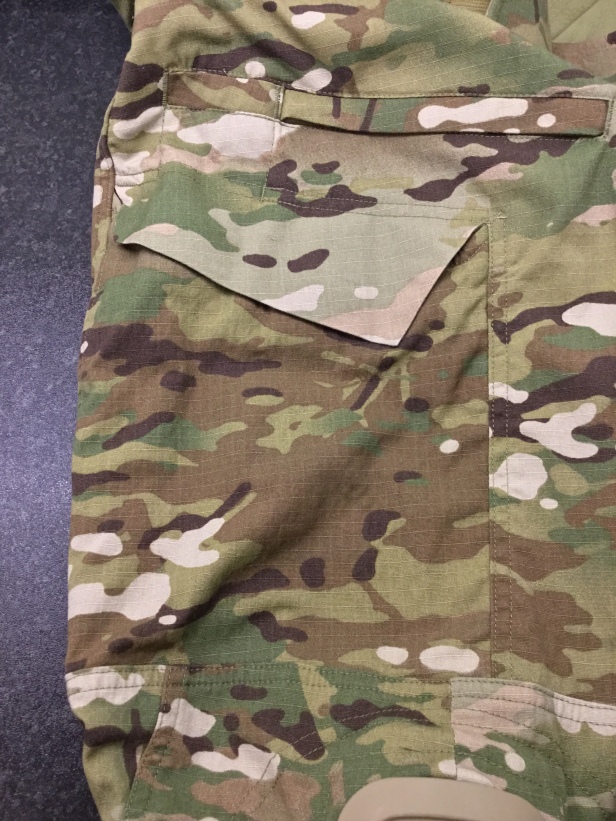 A departure from the G3’s zipped posterior pockets, the G4’s pockets are flapped and secured with Velcro. Like the cargo pockets, the flaps are cleanly thermobonded.

There’s a lot of love for these elastic retainers, which are used variously for water bottles or mags. It’s a carry over from G3, which is good to see. It’s not an AC feature, however.

It took me a while to find the knee pad height adjusters as they’ve been moved from the G3 location to the G4 cargo pockets.

Again, the mechanism is a simple bungee and cordloc effort, but is none the less effective in its simplicity.

I’m glad this feature has been retained from G3. The AC pants do not have bungee knee pad height adjusters and that’s a downside for me.

The G4 knee pad tension adjusters on the other hands are Velcro straps, as with AC and G3. They work well so I can see why these are relatively unchanged. 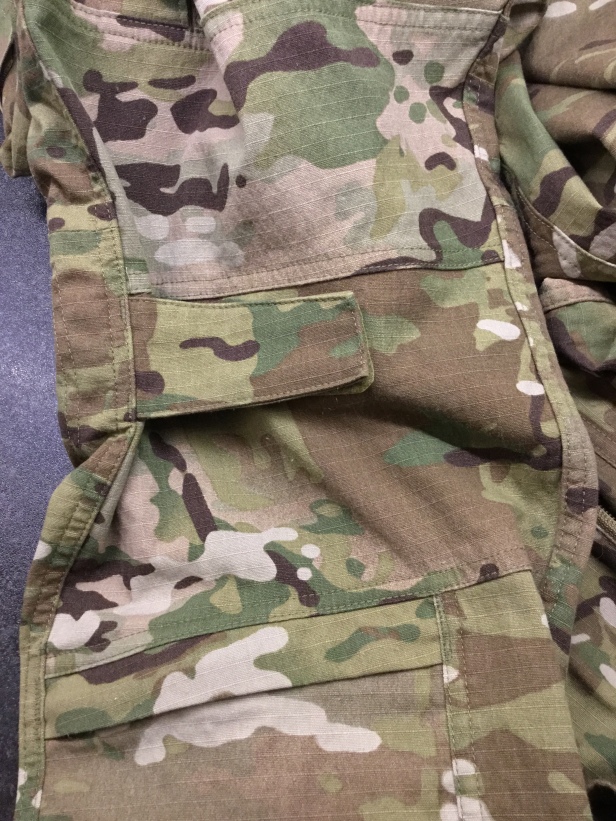 A feature common to AC, G3 and G4 which I never use.

The pad pocket fits all generations of Crye knee pads, utilising an interference fit and Velcro.

As for the AirFlex Impact Combat Knee Pads, I’ve not smashed a knee into concrete while wearing them yet so I can’t say whether they are an improvement over AC or G3.

They are certainly not as plush as AC, but then they do have a dual density cap which is supposed to be better at dealing with impacts than AC or G3.

The hexagonal grips have certainly got people talking.

Also of note are the larger Velcro contact patches and cooling vents. 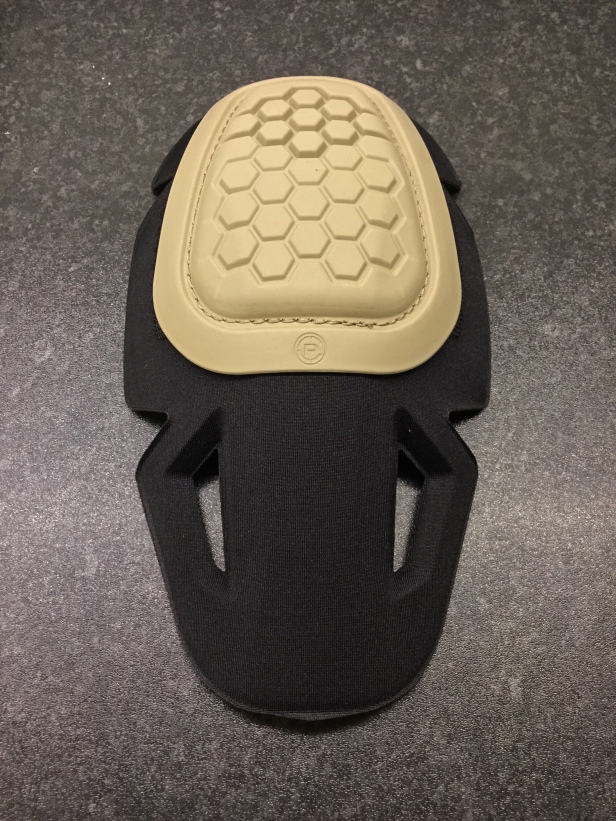 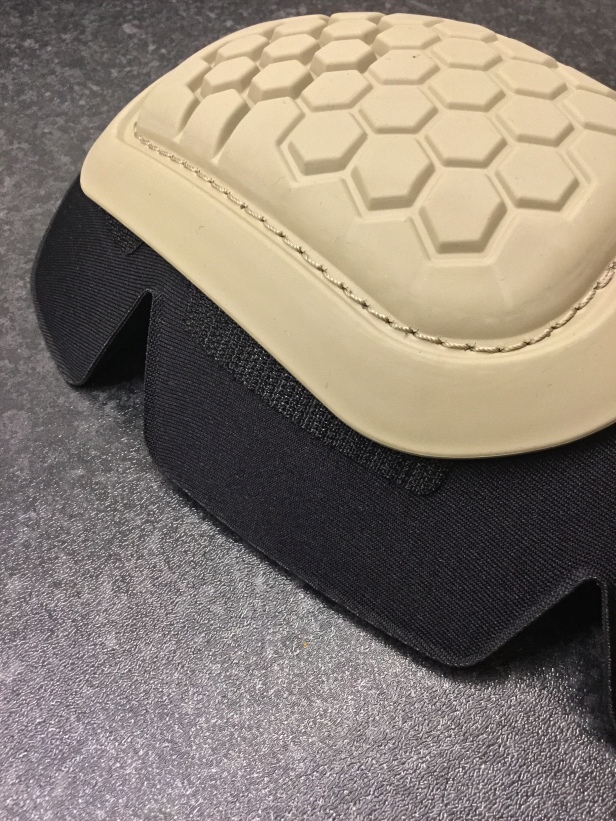 I’m not sure if this is strictly necessary, given that the majority of the pant’s mobility and ergonomic fit lies in the stretch of the VTX RIPSTOP fabric. However, it’s a nice touch.

The seat, however, isn’t reinforced, as mentioned earlier. 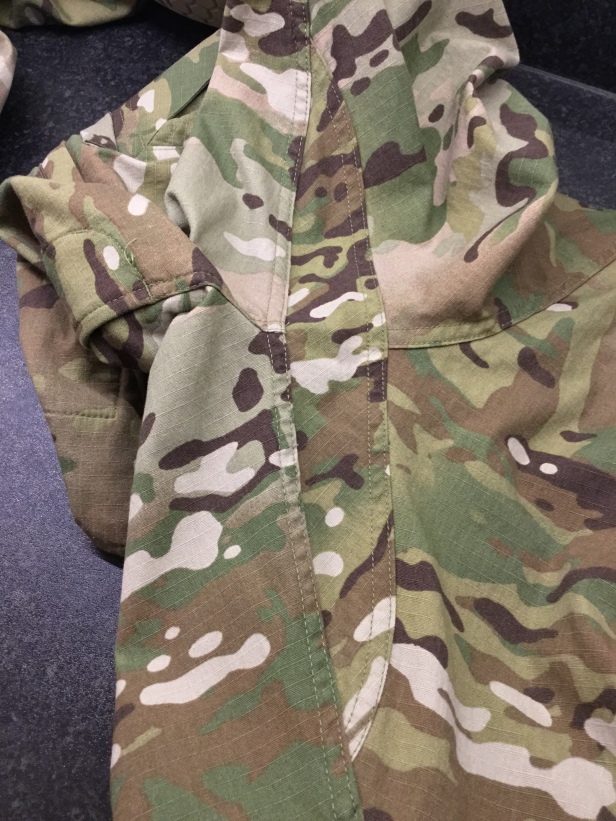 I suspect that the big shift in the adoption of G4 Combat Pants will come not because of the great strides (excuse pun) Crye has made with its design, but indirectly.

As soon as it becomes apparent from reference pics that more and more cool guys in the wild are rocking these things, the gear community will be compelled to follow.

And they won’t be making a bad decision – they are already demonstrably in use with UKSF.

Having said that, reference pics are also one of the reasons ACs remain popular, despite being discontinued. But at some point, QM stocks will dry up.

It’ll also be very interesting to see how the clone market adapts to G4. While the pattern can of course be copied, the fabric isn’t such an easy target.

Lastly, I don’t normally say this about Crye, but these pants are really well made. The stitching is excellent and I’ve only had to tidy up a few stray ends.