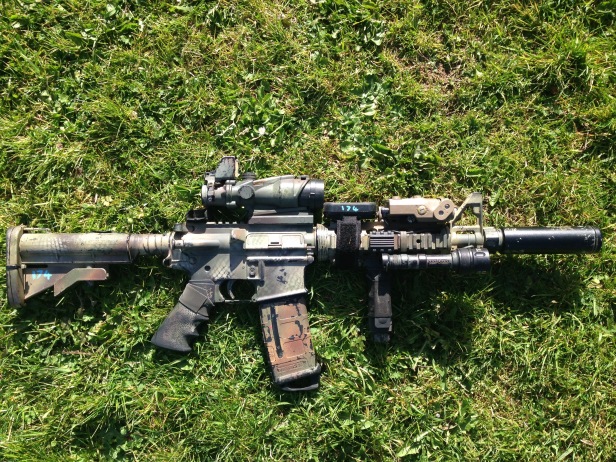 John’s L119a1 is particularly significant to me because:

John has put a lot of time and resources into this blaster and it shows. Not only that, but it runs like a freight train. 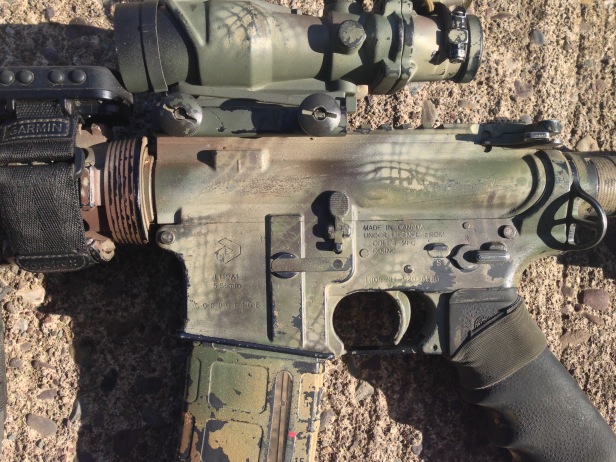 Over to John for the low down.

“Every time I play with this thing, I smile. My Eagle Eye 416 doesn’t get a look in and has been permanently relegated to a loaner gun.” 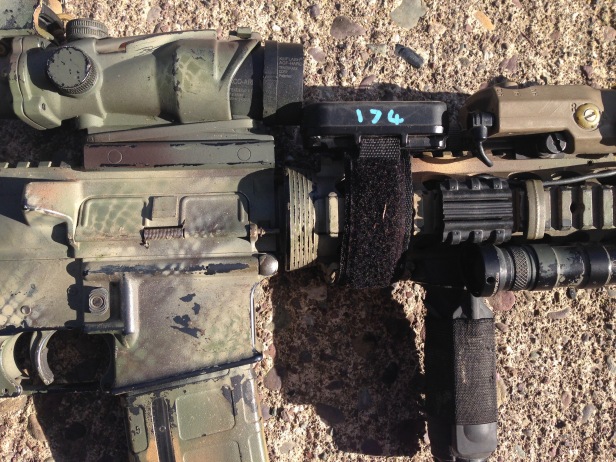 “The paint job has been iterative and you know me…paint then weather immediately, before it dries.”

“That’s what I used as license to integrate what is a very slick system into my UKSF build.

However, it turns out it is in use.

One of the bonuses of supporting the special operation forces of the country which has given you life and liberty is that you connect with a lot of other like-minded individuals.

Of those like-minded individuals, there is a very small community of experts who are really in the know. I don’t want to say much more about that, because these guys are very much the Silent Professionals of the UK airsoft scene.

They don’t brag about their contacts, but they will quietly mention when your build or impression hits the spot. Less informed individuals have to rely on the few photos which have escaped into the public domain, but these guys are ahead of the curve – and it feels great to get the nod from them.

It was in this way that I had it confirmed that the Manta cable management system is in use, as well as the ACOG TA31 – as opposed to the more common TA01.

I think you have to interpret, as well as observe what our guys are doing.”

Many thanks to John for words and pics!